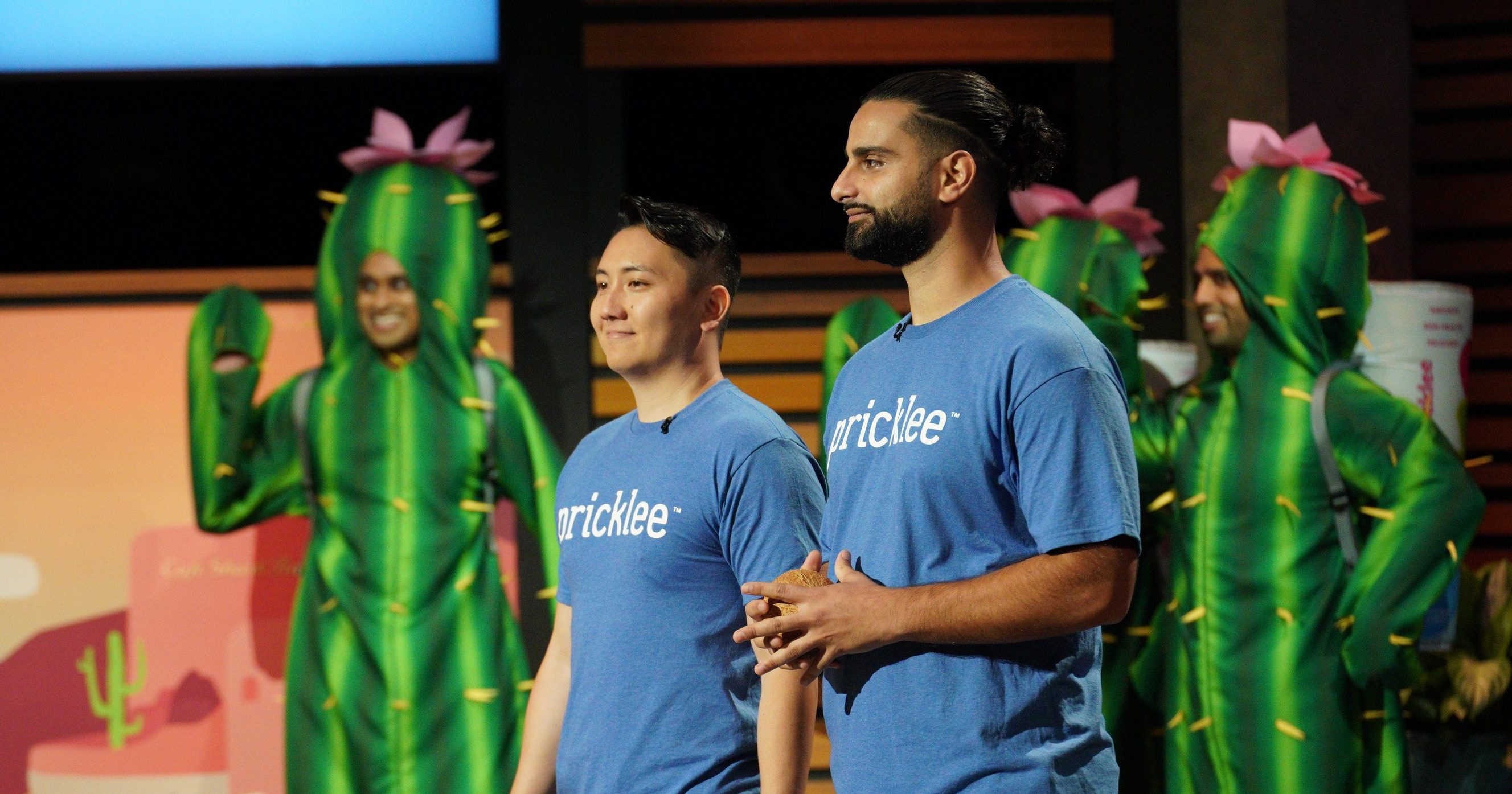 Coconut water is a refreshing and healthy drink indeed, but over the years, it has become rather monotonous since there are not many other plant-based beverages available in the market. Five pharmacy postgraduates from Newton, Massachusetts, addressed the problem and presented an alternate solution during season 13 episode 22 of ‘Shark Tank.’ They introduced Pricklee – a delicious drink derived from the fruit of the prickly pear cactus plant. The company made a wonderful impression on the Sharks, so let’s take a look at their journey till now.

Pricklee: Who Are They and What Do They Do?

All five co-founders of Pricklee work at prestigious positions in the biotechnology and pharmaceutical sectors, and the company is their passion project. Mohammed Hassoun, Kun Yang, Jaanai Babb, Aakash Dheri, and Sarwang Shah met as postgraduate students at the Massachusetts College of Pharmacy and Health Sciences in Boston. As people interested in plant-based diets who were not too fond of coconut water, they started experimenting with ideas.

The team found a brilliant solution in 2017 when Mohammed suggested a beverage his grandmother used to prepare during his childhood days in Lebanon. Made from prickly pear cacti, it tastes like a mix of watermelon and bubblegum flavors. Moreover, they discovered that it contains several beneficial immunity boosters like Vitamin C, Betalains, Flavanoids, and Polyphenols. Delighted after sampling the distinct taste from a batch Mohammed prepared, Kun, Jaanai, Aakash, and Sarwang readily agreed to create a unique product out of it.

The group of five then spent around a year researching and learning about consumer packaged goods, figuring out product sourcing and manufacturing logistics, as well as building prototypes for branding and distribution. Eventually, they founded Pricklee with their own funds and finalized how to present it to the audience in October 2020. Finally, in February 2021, the product first hit the market shelves.

A 12-ounce can of Pricklee contains only 35 calories and 50 percent less sugar than coconut water. Moreover, it is available in three flavors – the original prickly pear, mango ginger, and strawberry hibiscus. The prickly pear cacti are sustainably sourced from Mexico and southwest areas in the U.S., such as Texas. To make the beverage, the fruit of the plant is first turned into a purée minus all the fine needles on it. The final product constitutes the prickly pear purée, filtered water, lemon juice, hibiscus, agave nectar, and natural fruit flavors.

After Pricklee was introduced into the market, it received a lot of queries from consumers, given the novelty of the ingredients. In addition, the team immersed themselves into a strategic direct-to-consumer campaign, wherein they dressed up as cacti and gave taste tests to passers-by on the streets in Boston and Newton. Apart from this, they promoted their product online with a subscription service called the Cactus Club, through which they aimed at building a community of consumers.

The marketing campaign videos of the five co-founders went viral, and they finished their first fundraising round in July 2021. They were also invited to speak about Pricklee on the ‘Today Show’ in August 2021. The same month, they opened an office in New York and launched a test in 7-Eleven stores in 180 locations as part of their emerging brands program. With their impressive presentation on ‘Shark Tank,’ they hoped to win the Sharks over and fulfill their goals of expansion and revenue growth.

Other than 7-Eleven, Pricklee beverages are available in Stop & Shop, Green Naturals Food, and Donelan’s grocery stores in Boston and Newton. In addition, you will also find the beverage in food markets, healthy cafes, and quick service restaurants in New York. As for online purchase options, you can buy the variants on the official website or on Amazon. A pack of 12 cans of one flavor costs $34.95. However, you can save 15% by subscribing to the Cactus Club, which offers regular delivery.

Currently, Pricklee beverages are available in 500 stores in the northeast region of the country, but the company aims at expanding to the West Coast by the end of 2022 or by 2023. Given the steady business model and strategic efforts, along with the rapidly increasing presence of the product in the market, the company can surely be expected to grow exponentially and cross its expected sales figures soon.