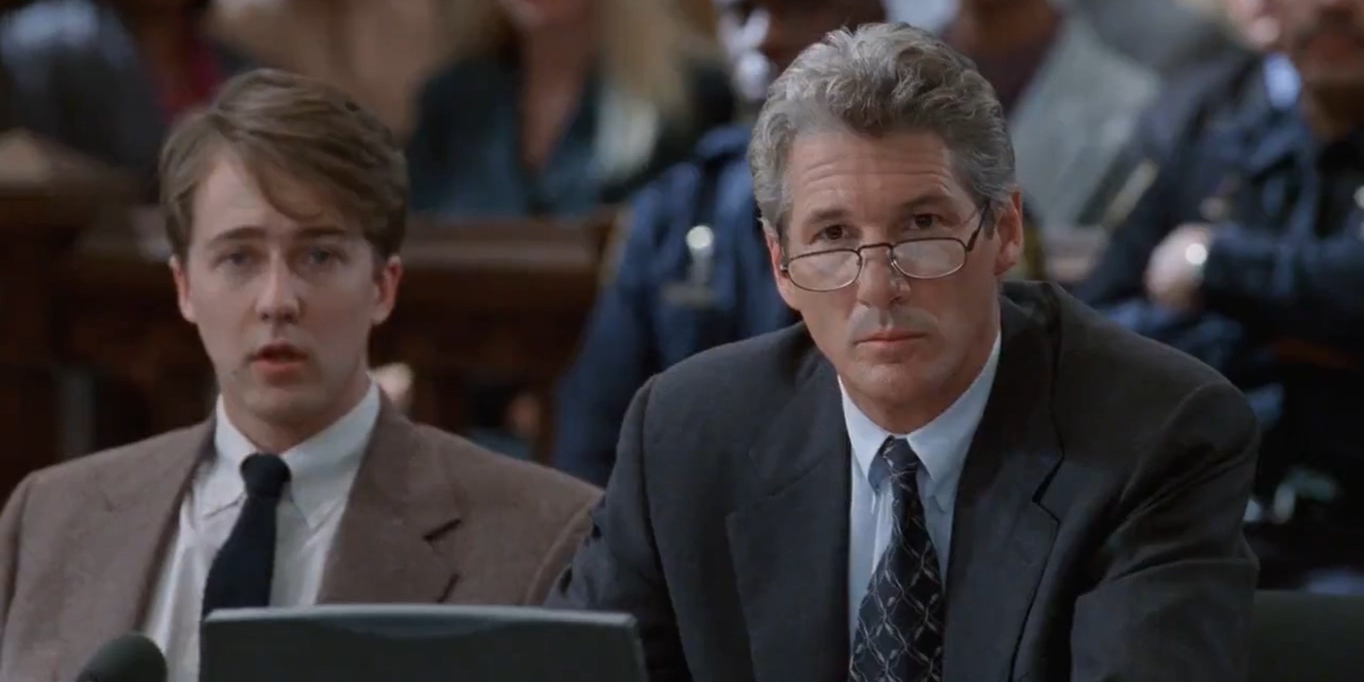 Even if all the evidence directs a case in one particular path, can the inference be fallacious? Directed by Gregory Hoblit and based on William Diehl’s eponymous novel, ‘Primal Fear’ is a cerebral and uncanny 1996 courtroom thriller film that keeps the audience on the hook through sheer ambiguity. There has been a murder in the cathedral, an altar boy is on the run, and all the evidence suggests that the altar boy committed the crime.

However, hotshot lawyer Martin Vail takes up the case to unveil the truth behind the murder. The investigation plunges Martin into the vortex of a mystery fraught with perks and perils. With a cast ensemble including Richard Gere, Frances McDormand, Laura Linney, Edward Norton, and Andre Braugher (of ‘Brooklyn Nine-Nine‘ fame) in central roles, and a nerve-racking story to back the actors, the recipe is that of ominous delight. If you have some questions following the twist ending, then let us say that court is back in session. SPOILERS AHEAD.

Martin Vail is a heavyweight defense attorney rubbing shoulders with alleged criminals like Joey Pinero. The mystery muddies with the brutal murder of Archbishop Rushman at his home. Shortly after discovering the dead body, the police find a blood-drenched suspect on the run. Later, the boy, Aaron Stampler, is discovered while hiding underneath the rail tracks. We come to know that this guy is an altar boy for Rushman’s orphanage Savior House. The case is pretty much closed, with a suspect with his hand steeped in blood, a murder weapon connected to the suspect, and matching fingerprints at the crime scene. Martin decides to take the case pro bono because he really wants to give Aaron’s innocence a chance. 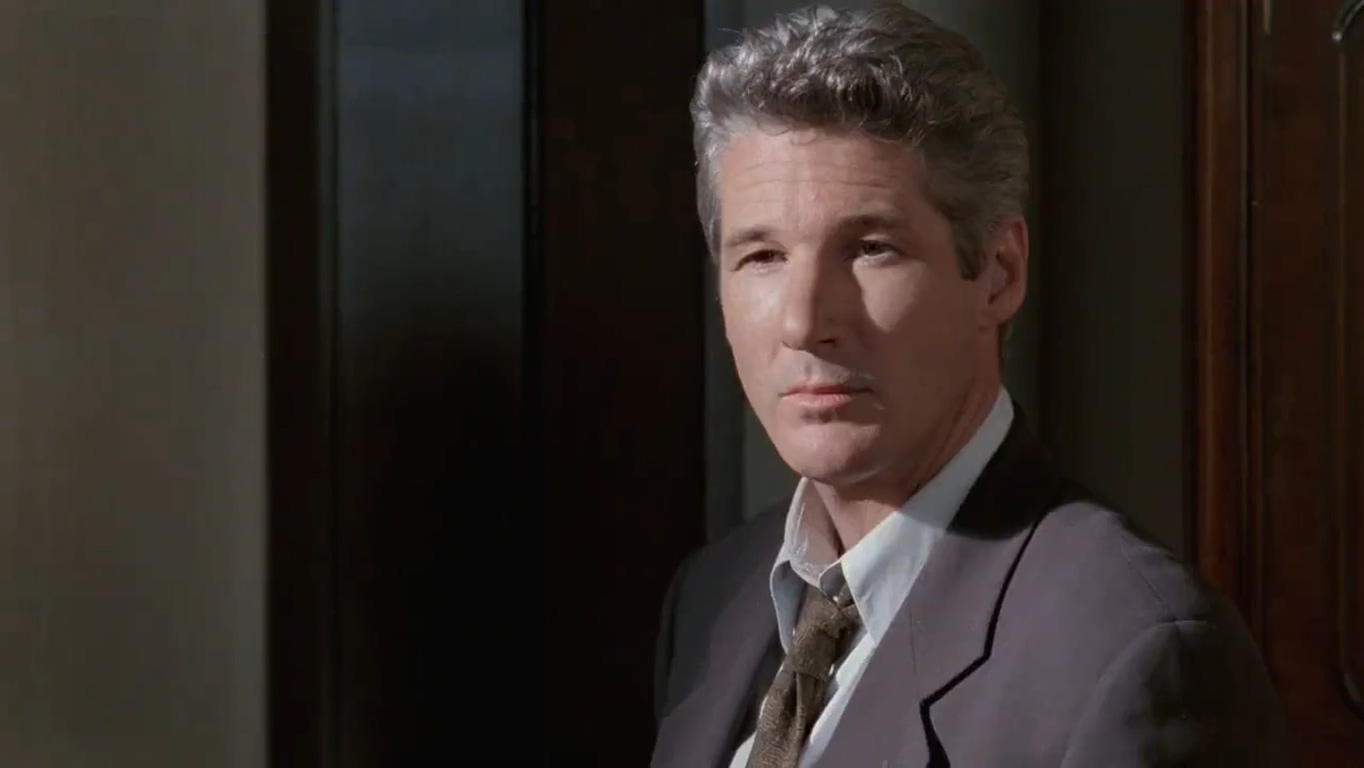 Aaron maintains his innocence, but a menacing dissociative persona comes out at certain triggers. However, Martin’s initial plea is not for insanity because it is the hardest to prove a person is clinically insane. This tricky conjecture initiates the legal drama in full throttle, and the subsequent story puts Aaron under closer scrutiny to see whether he is guilty or not. Further probing brings Martin into some devastating revelations behind the venerated face of the archbishop, but his findings only make the case for Aaron more concrete. In the end, Martin thinks he has delivered justice to a tormented soul, but he is in for a real shocker.

Primal Fear Ending: Who Is the Killer?

The unlikely whodunit mystery places all the shreds of evidence on the table, and then it makes its compelling case on behalf of suspension of beliefs in these pieces of evidence. By the time Martin takes the case, it is pretty solid. The victim, i.e., archbishop Rushman, was stabbed 78 times in multiple body parts, and the police found the number B32.156 carved on the deceased’s chest. Martin thinks “B” to be an “8,” leading them to Thomas Jefferson, which does not seem relevant to the case.

However, later in the story, it is revealed that the numbers have led the police to another book in Rushman’s library — ‘The Scarlett Letter’ by Nathaniel Hawthorne. Turning to page no. 156, the investigators find a message: “No man, for any considerable period, can wear one face to himself, and another to the multitude, without finally getting bewildered, as to which may be the true.” The course of Martin’s investigation leads him to the revelation that the archbishop was a man with many faces. He maintained an honorable position in society, but he was involved with shady deals.

The archbishop’s foundation funded many projects in the city, including one South River Housing deal. It is also revealed that Martin’s previous employer, state attorney John Shaughnessy, was also a member of the foundation and a rather amicable personal acquaintance of the archbishop himself. For the specific project, the foundation put together 60 million dollars. But as Rushman pulled out from the deal at the last moment, this gives his powerful investors ample motives to kill him. Later still, Rushman is found running a covert underage pornography operation, and he often used altar boys as subjects in his movies. 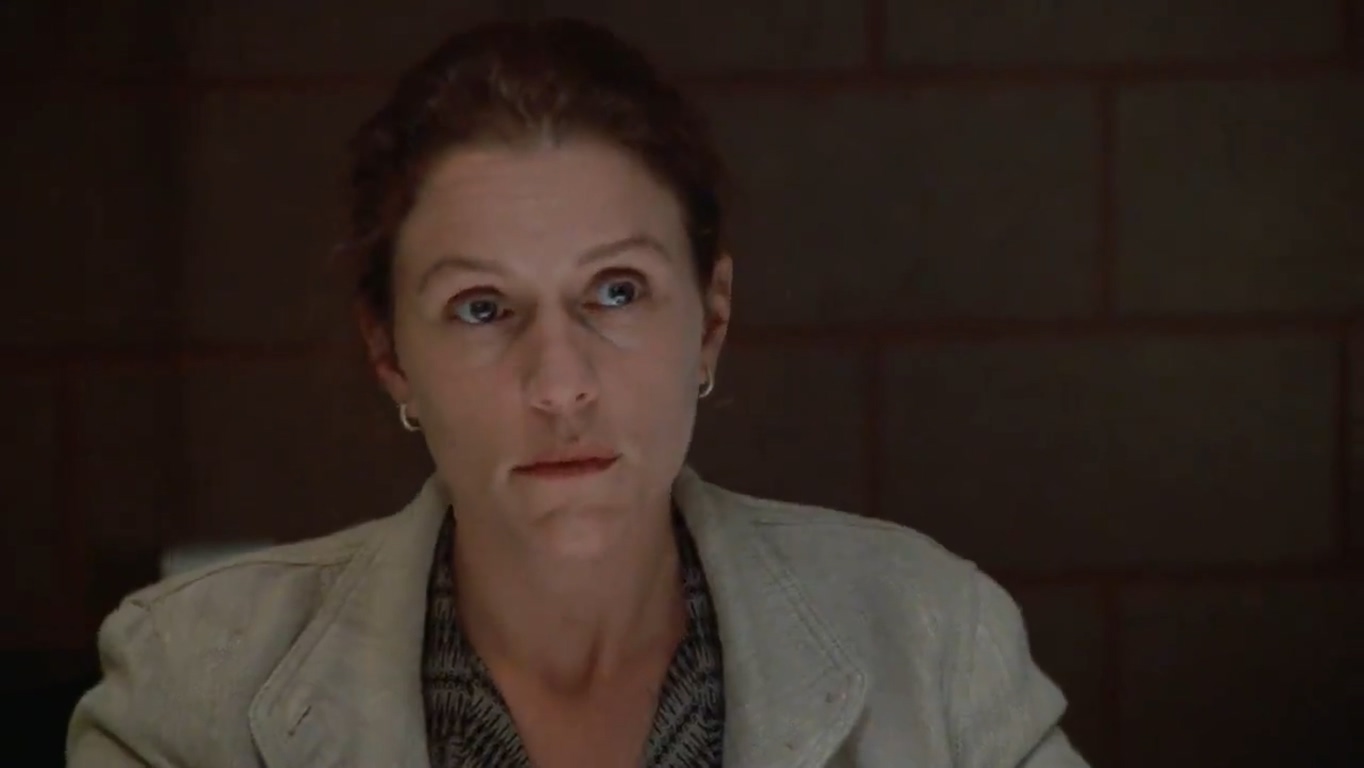 However, like most people in the story, Aaron Stampler also wears multiple faces. At first glance, he comes off as a vulnerable and stammering traumatized kid, but upon the steady persistence of Martin, the alternative persona “Roy” comes to the fore. Neuropsychologist Dr. Molly Arrington believes that Aaron suffers from an acute dissociative condition, especially multiple personality disorder. Aaron claims to have these blackouts when he “loses time” and memory. But the defendant party has no recorded evidence to substantiate the “multiple personality disorder” theory.

Therefore, in the final exposition, Martin indirectly urges Aaron to bring out the alternative persona of Roy. As state prosecutor Janet Venable begins to incite him by suggesting the heinous crimes of archbishop Rushman, the other persona comes out and throws the court proceedings in complete disarray. Roy holds Janet by the neck, and Martin rushes to dissuade him.

In the end, Judge Shoat gives Aaron a month in a correctional facility on account of his psychological disturbances. Martin wins the case despite his initial plea not being in the line of insanity. But it still seems that Aaron’s alternative persona Roy is the assailant in the equation, and he is rightly prosecuted. In the end, this becomes apparent when Roy confesses to having killed not only the archbishop but also Linda. It seems that Martin’s faith has lost against the cold cunning and manipulation of Roy.

Why Did Roy Kill the Archbishop?

In his meekening mask, Aaron thinks Roy to be a good person, even a father figure. He even justifies the pornography cartel of the archbishop by saying that it helped the bishop purge his inner devil. But in the end, the murder comes off as an act of revenge and an act of passion. Aaron confesses to being in love with Linda, but as his alternative persona suggests, Linda used to sleep around with altar boys in the home movies of the archbishop. Linda even got the archbishop thinking that she was his girlfriend, according to Roy. 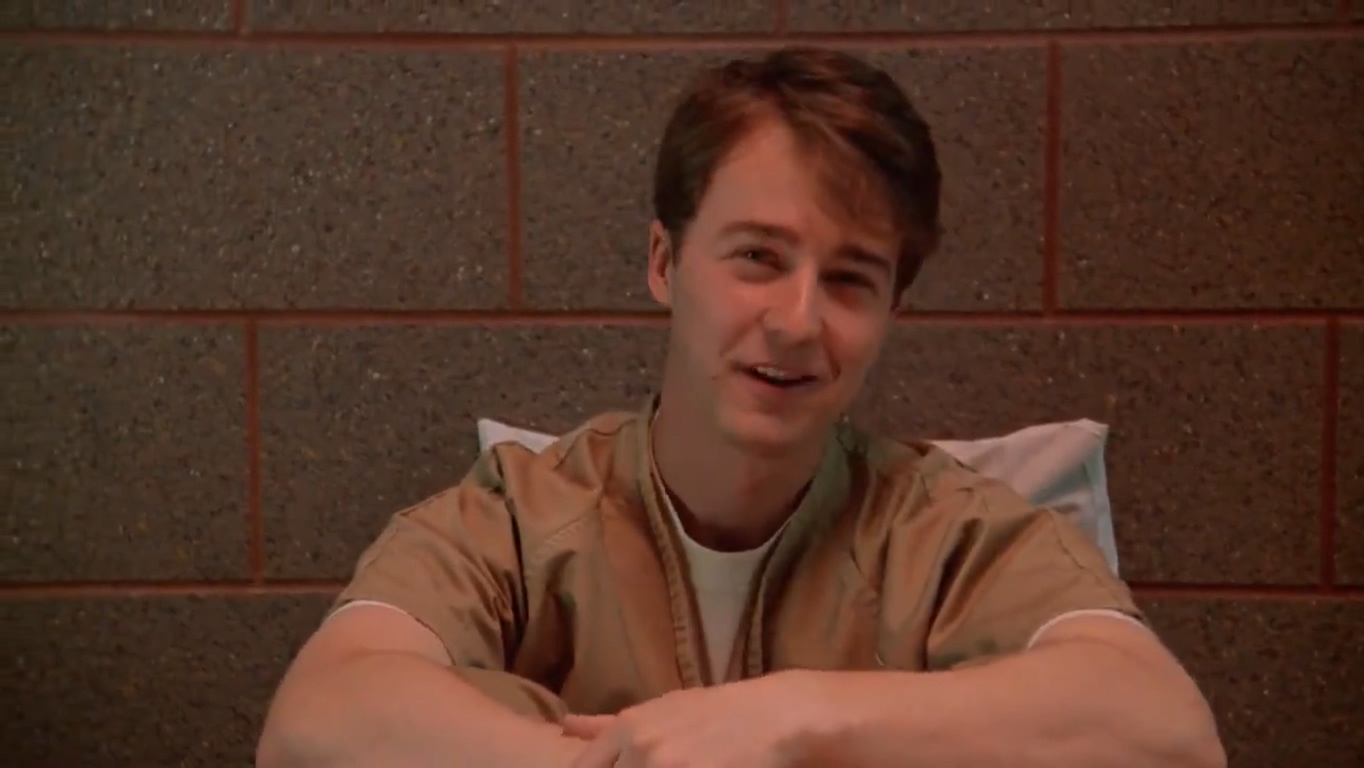 Therefore, it is apparent that Aaron’s feelings for Linda led him to kill her and the archbishop. In the final confrontation with Martin, Roy concludes that there was no Aaron, and the early stammering boy scout persona was an act. In this scene, Roy comes off as a psychopathic serial killer who is in tune with his diabolical side. He maintains that he loses time during these erratic dissociative episodes, but we come to know that Roy remembers all his crimes.

Why Is Primal Fear Called So?

‘Primal Fear’ is an appropriate name for the movie on many levels. The “fear” of the story, moreover, is multifaceted. On a superficial level, Martin’s faith in the character of Aaron falls to pieces with the revelation of Aaron’s manipulative demeanor in the end. What can be more fearful than finding out one day that the foundations that drive you are a lie? In the end, Martin’s prolific career as a defense attorney is nullified as we find that Aaron plays him like a fiddle.

But the primal fear in the story, from Aaron’s side, is the fear of patricide. According to psychoanalysis, death is not the ultimate fear of a subject; rather, the fear of killing one’s father makes the superego impose its regulatory mechanism on the ego. In turn, the subject represses its desires for fear of the devastating implications that the pursuit of such desires may bring. Aaron has a troubled relationship with his father, and Rushman was clearly a father figure to Aaron. By assailing the archbishop, Aaron causes the primal fear of patricide to manifest.