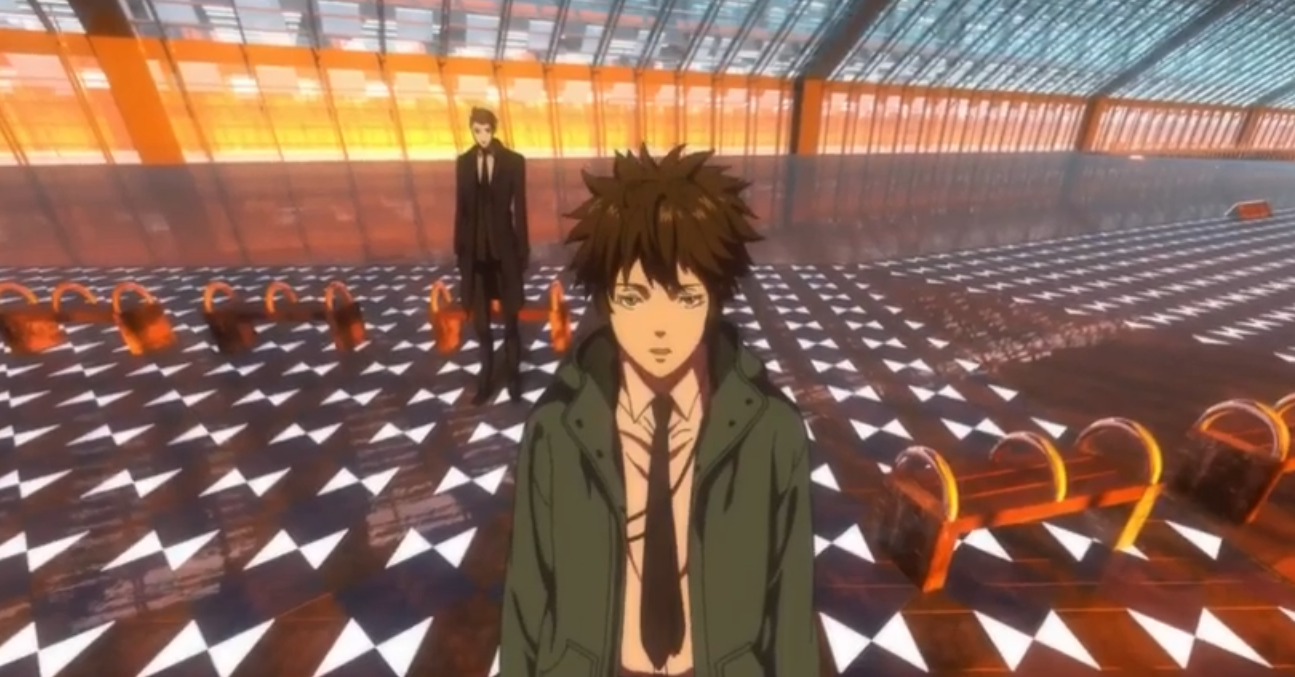 Set in a seemingly Utopian world, ‘Psycho Pass‘ has always been a slow burn but the closer you get to the heart of the show, the more you’re open to appreciate it for its utter brilliance. Apart from its technical mastery and its gripping storyline that keeps you at the edge of your seat at all times, ‘Psycho Pass’ pays homage to several great literary works with its philosophical and nihilistic themes. From the very beginning, the anime has never made an attempt to be even mildly appealing to a younger audience and has never restrained from its portrayal of graphic gore and disturbing visuals. But what makes it an exceptional crime thriller is Gen Urobuchi’s extraordinary ability to write the most riveting stories.

On the surface, ‘Psycho Pass’, or even other works of Urobuchi-San, involve the most generic concepts; which in this case is an action-filled game of “cat and mouse”. But the realism of his characters and the sheer depth of the conflicts in his stories go way beyond your typical black and white crime mysteries. That being said, like every other anime out there, ‘Psycho Pass’ has not exactly been linear in context with the quality of its content in each season. While season 1 was widely appreciated for its literary, psychological and philosophical complexities, the second season’s lack of its predecessor’s underpinnings made it a borderline above average anime. Now that Season 3 has premiered, let’s see if it has been able to tread the artistic forte of season 1 or not. 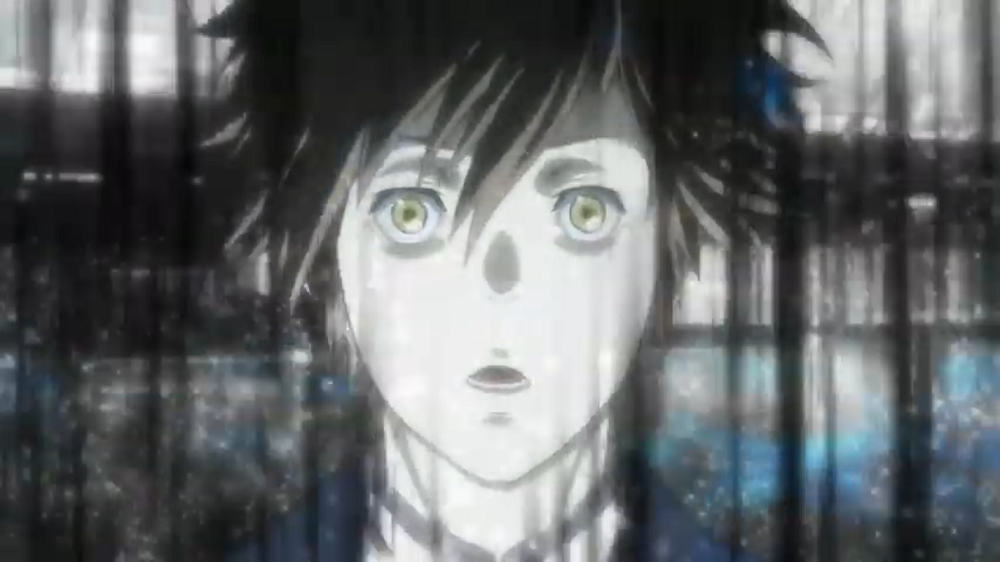 The prologue of Season 3 just mildly brushes through the basic idea behind the psycho pass, the Crime Coefficient Index and the Sibyl system. Set in the year 2120, the season starts off by introducing two of its main characters, Arata Shindo and Kei Mikhail Ignatov, who are both working on a new case where a transport drone carrying immigrants crash lands in a water body. Mika Shimotsuki, who is now the chief investigator, orders the two inspectors to use force to suppress the immigrants if they protest.

Soon after this, Temma Todoroki, Kazumichi Irie, Mao Kisaragi, and Sho Hirakawa, who are all Enforcers, arrive at the scene and start investigating. When Arato realizes that one of the passengers of the drone is still missing, he uses his “mental trace” skill to exactly deduce how the missing man left the passenger area and ended up getting sucked out of the plane along with all of its cargo. When his dead body is later found in the harbor, Arato begins to get more suspicious about the intentions of the man’s employers at the transport company.

The next day Mika lashes out on the two of them for being very incautious with such a sensitive case and though she initially does not accept their proposal of carrying out an investigation at the transport company, she later approves an unofficial investigation. As they dig deeper into the case, they are able to gather just enough circumstantial evidence that proves that the plane crash was no accident. The two Inspectors also visit Rick’s (the dead immigrant) home and using his unique quirk, Arato is able to get insights from Rick’s wife to locate one of his hidden hard drives. The drive, which contains all the financial ledgers of the transport company, leads them to Takumi Yonehara and Tetsuya Sasagawa. And with this, Mika finally allows them to carry on with the investigation.

Meanwhile, a mysterious organization called the Bifrost secretly keeps an eye on the two investigators. When the Bifrost finds out about the cues that the investigators have produced with respect to the transport company, its members sell the company’s stocks to crash it. The episode finally ends by reinstating Akame who claims that she has put all her hope in the two Inspectors and she firmly believes that the two men will be able to foresee the intentions of an “unseen enemy”. 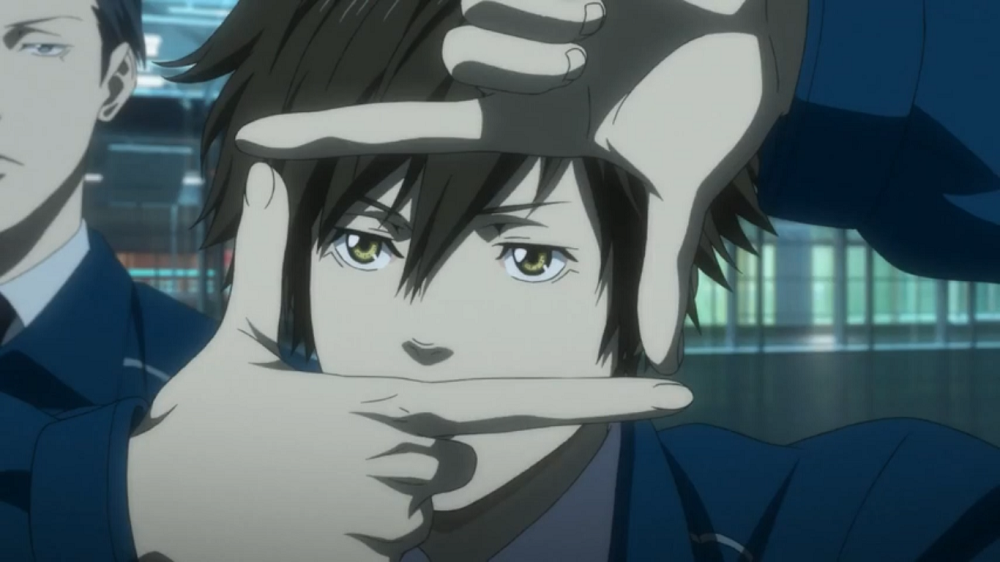 Undoubtedly, there’s a lot going on in the first episode of Season 3 and with its inception, the season has indeed peppered us with many unanswered questions; which is a good thing. The first thing that any fan would notice about it is its extreme time shift. While Season 1 and 2 were mostly set in the year 2112 and 2114 respectively and ‘Sinners of the Case 1, 2 and 3’ were set in 2116 and 2117, Season 3 takes a massive jump and is now somewhere near the end of 2120. This itself makes you wonder how Akame would now be in her late 20s.

Now getting back to the contrast between season 1 and 2, what made season 1 more enthralling was how it realistically tackled with themes involving societal control. By introducing a very controversial system of justice, it also shed some light on how the flawed justice system of some real places in the world can be questionable. Season 3 opens up with its references to immigrants, which again, seems like a notion that might later reflect on the current situation of the world. So as of now, it’s good to see that ‘Psycho Pass’ is retaining its old didactic allegories.

When it comes to its characters, unsurprisingly, Mika has further grown in ranks but still retains her “tsundere” traits. Along with this, there are instances where even the differences in the power of the Enforcers and the Inspectors are depicted. The Enforcers, when the Inspectors are not around, seem to grumble about the capabilities of their seniors and also show signs of being envious towards Arata’s exceptional abilities.

Speaking of which, in the previous seasons, the main characters displayed more realistic skills when it came down to their approach towards solving mysteries. But from the looks of it, Arata seems to have more of supernatural power, called the “mental trace”, which allows him to have a more advanced version of the reasoning skills of ‘BBC’s Sherlock’. Just by getting a few insights revolving around his case, Arata is able to imagine himself in the place of the assailant. For now, this slightly steals away the previously established realism of the anime but it might just work in its favor later on.

Finally, the ending leaves us with a major cliffhanger which suggests that this season might soon introduce us to a new antagonist. Season 2, for the most part, had salty one-dimensional villains so we hope that Season 3 will do much better than that.