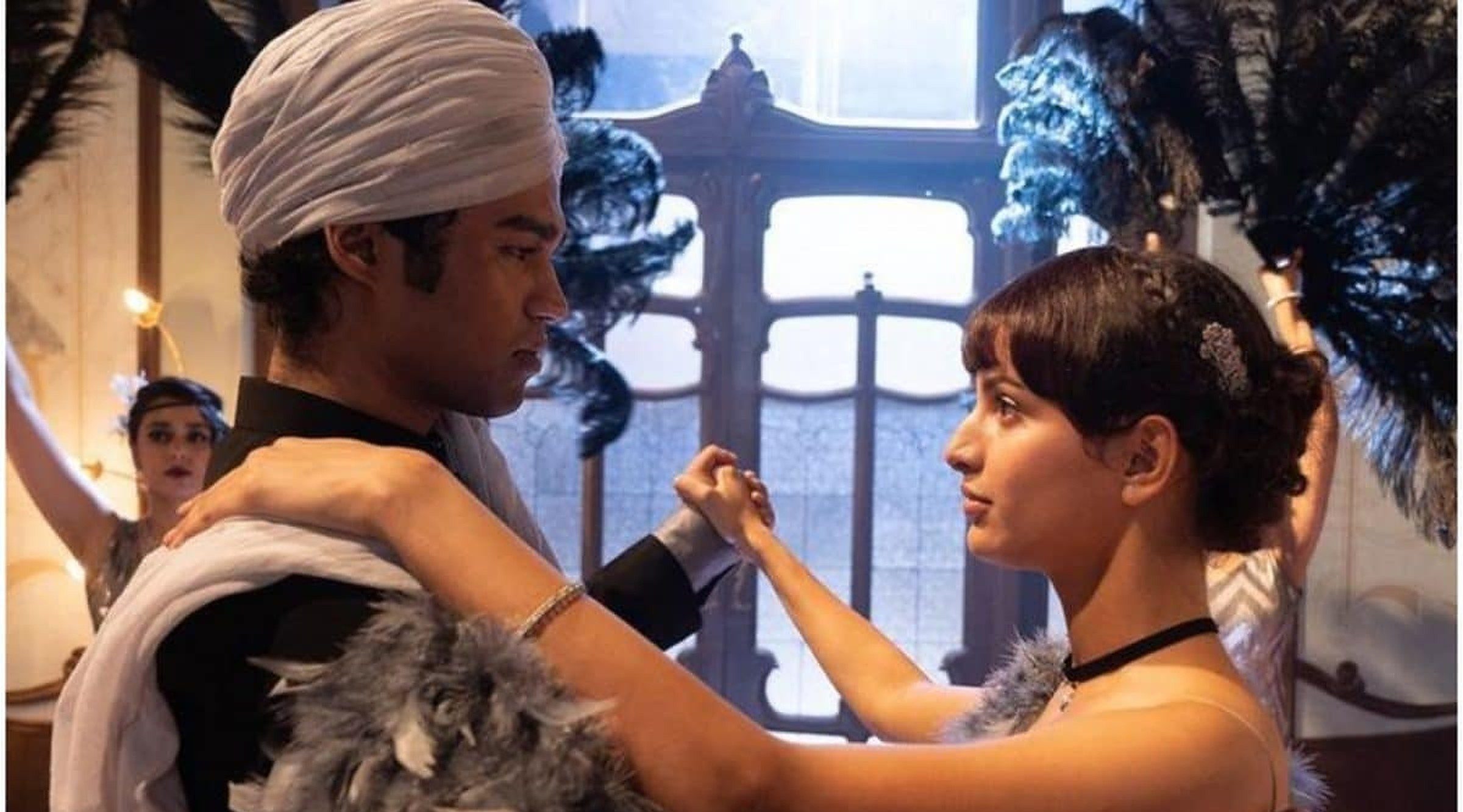 Directed by Anvita Dutt Guptan, Netflix’s ‘Qala’ is a Hindi psychological drama movie set in pre-independence India. It follows the titular protagonist, who has made a name for herself in the film industry as a talented playback singer. However, Qala is plagued by the memories of a tragic past incident and her painful relationship with her mother. Soon, her mind starts getting the best of her, leading to her eventual downfall. While the movie’s poetic visuals and background score appeal to the audience’s minds, the ending leaves you with some haunting questions. Eager to find the answers and satisfy your curiosity? We have you covered! SPOILERS AHEAD.

In 40s India, Qala Manjushree is a famous playback singer who wins a Golden Vinyl- the most prestigious musical award in the country. Despite her flourishing career adorned with accolades, she is distraught on the inside. Unbeknownst to anyone, Qala is haunted by the ghost of a man who claims she ruined his life. This leads her to recollect her past, and the audience delves into her early years. Born into a family of esteemed musicians from Himachal Pradesh, Qala never got any love from her mother, Urmila Manjushree. 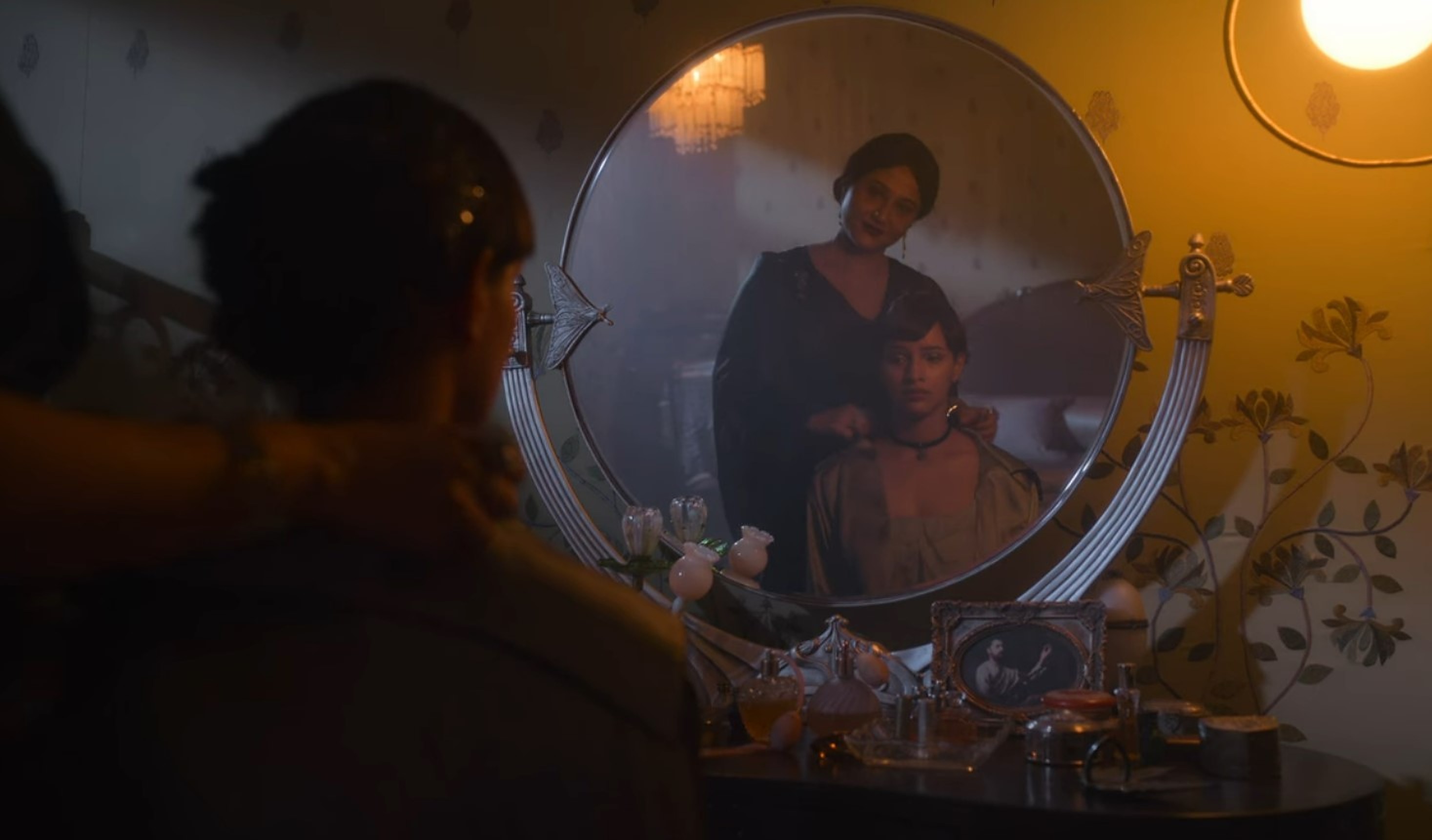 The latter, a widow, remains cold toward her daughter throughout her growing years, as she blames her for the death of her twin sibling, who died at birth. Thus, Urmila never hones Qala’s singing skills properly and berates her for minor mistakes. Things worsen when the mother and daughter are introduced to Jagan, an orphaned young musical genius raised in a gurdwara (Sikh temple). Urmila instantly takes a liking to his musical talent and takes him under her wing, making her daughter feel neglected.

As her mother grooms Jagan instead of her to become the next singing sensation, Qala starts feeling jealous of him and tries extra hard to seek validation from Urmila. Nevertheless, the latter forbids her daughter from singing solo and forces her to accompany her protege as an instrumentalist. Though Qala considers Jagan her rival, he sympathizes with her and encourages her to follow her dreams. On a trip to Calcutta, Urmila introduces him to famous playback singer Chandan Sanyal, and Qala discovers her seducing him to get her student a ticket to the film industry. 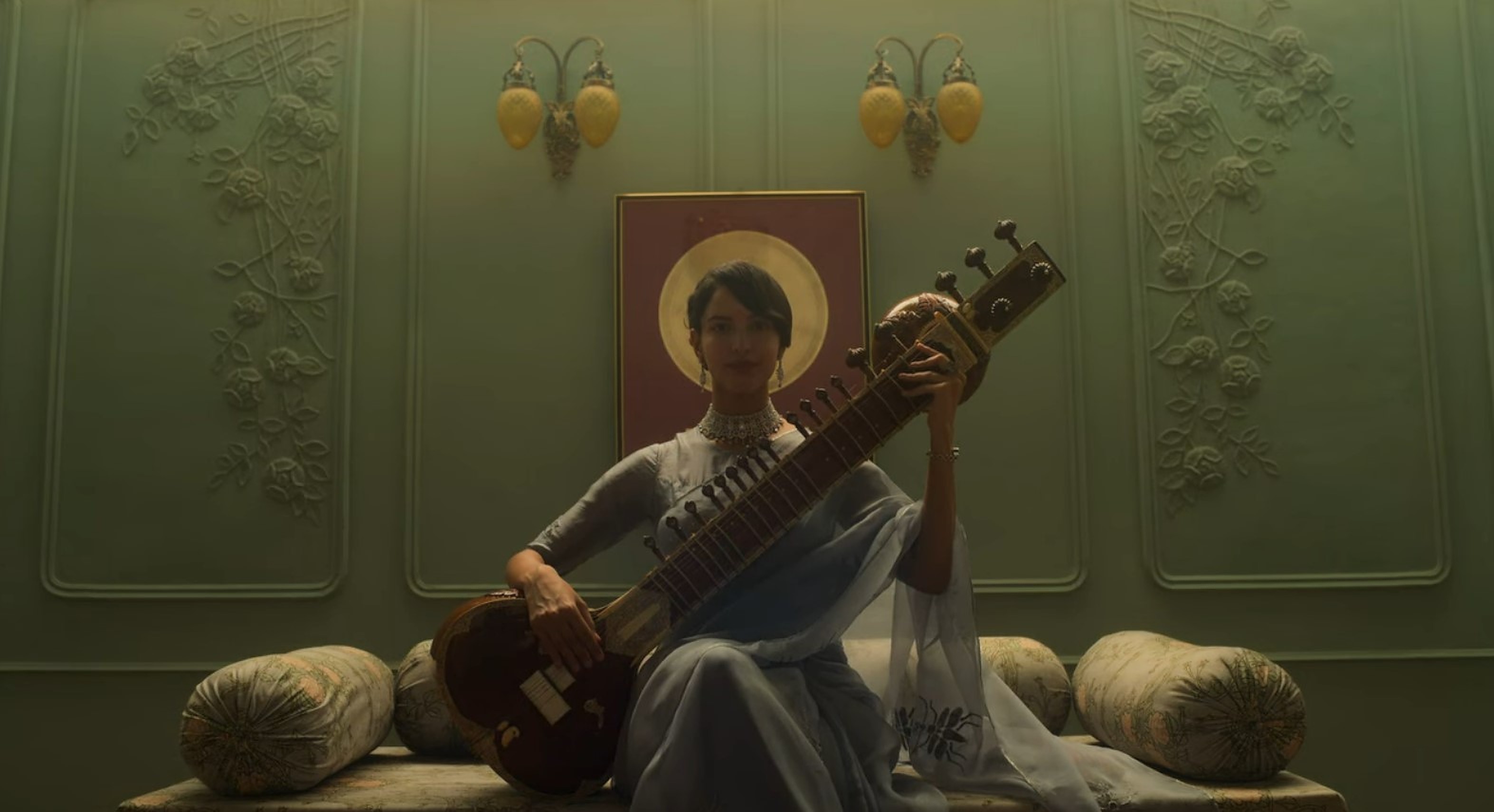 Afterward, the young girl does the same with music composer Samanta Kumar, hoping to impress him and secure a chance to record her music. Suddenly, an unthinkable tragedy strikes the Manjushree household, and Urmila holds Qala responsible and banishes her. Hence, the young woman leaves her home in Debisthan, Himachal Pradesh, and arrives in Calcutta to become a singer. Unfortunately, Qala fails at her first playback recording, resulting in Samanta exploiting her vulnerability and sexually abusing her.

Under the guise of promoting the budding singer’s career, this abuse becomes a pattern as Samanta controls her. Luckily, Qala finds solace in lyricist Majrooh and music composer, Naseeban, who become her friends and help her escape his clutches. Cut to the present, she has established herself as an accomplished singer whose songs are featured in every new movie. Moreover, Qala has a set of loyal supporters in Majrooh, Naseeban, and her secretary, Sudha, who encourage her on every step and work with her on her music. 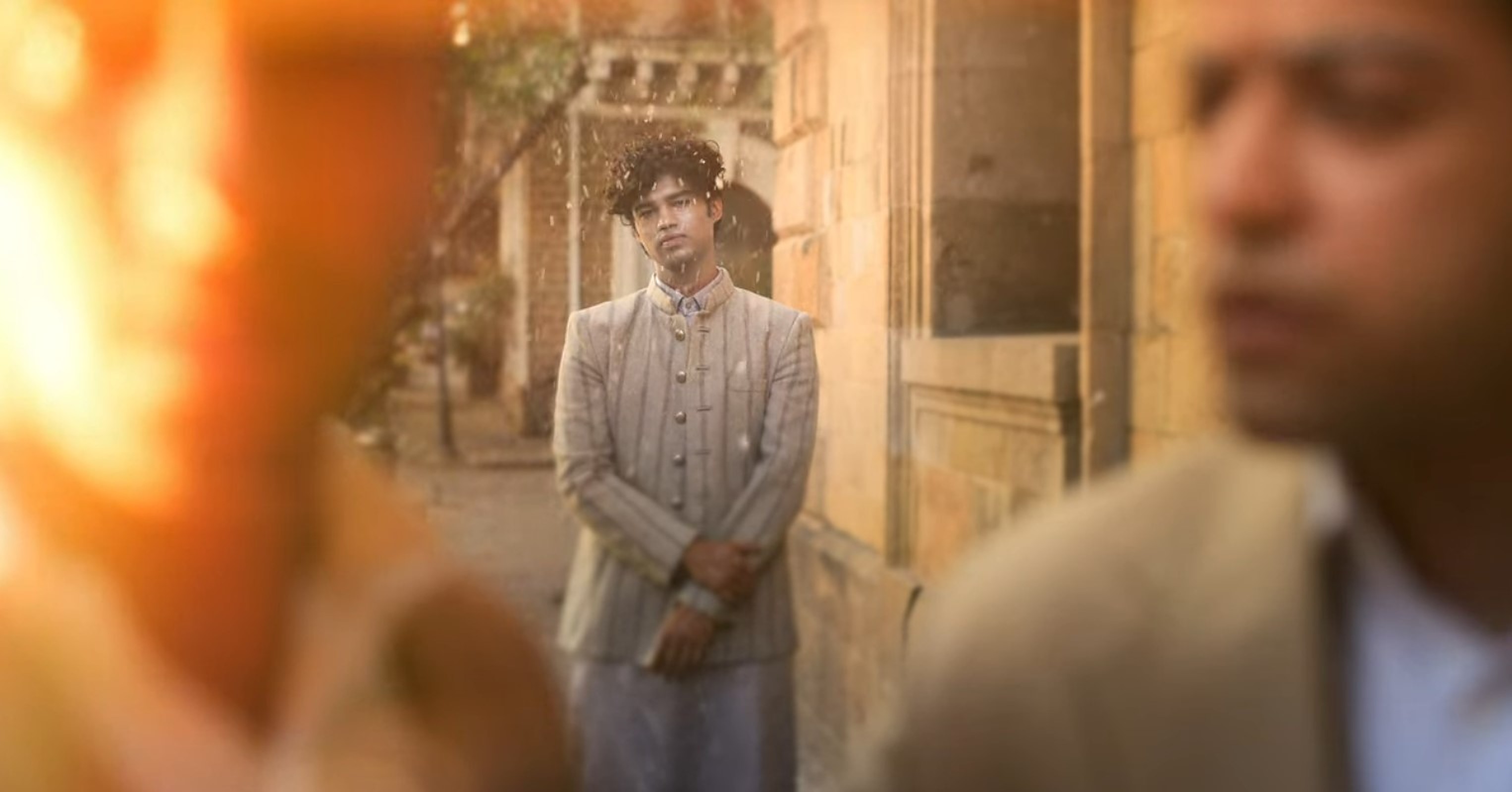 Albeit, an encounter with a now out-of-work Samanta deeply affects Qala’s mind, and she sees more visions of the ghostly man. Slowly, her dark past returns to torment her unexpectedly, and she starts losing the sense of the world around her. As Qala clutches to the last bits of her sanity, she realizes that maybe there is no escaping her demons.

Qala Ending, Explained: Is Jagan Alive? Does Qala Kill Him?

In the present, it is seen that Qala is constantly followed by a ghost, whom one initially believes to be a paranormal entity. Soon, it is understood that it is Jagan she sees everywhere, always taunting her for stealing the life destined for him. As Qala reminisces about her old days, she recollects the tragedy that finally severed her ties to her mother. Amidst a music performance in front of film industry stalwarts in Calcutta, Jagan suddenly collapses and falls sick. 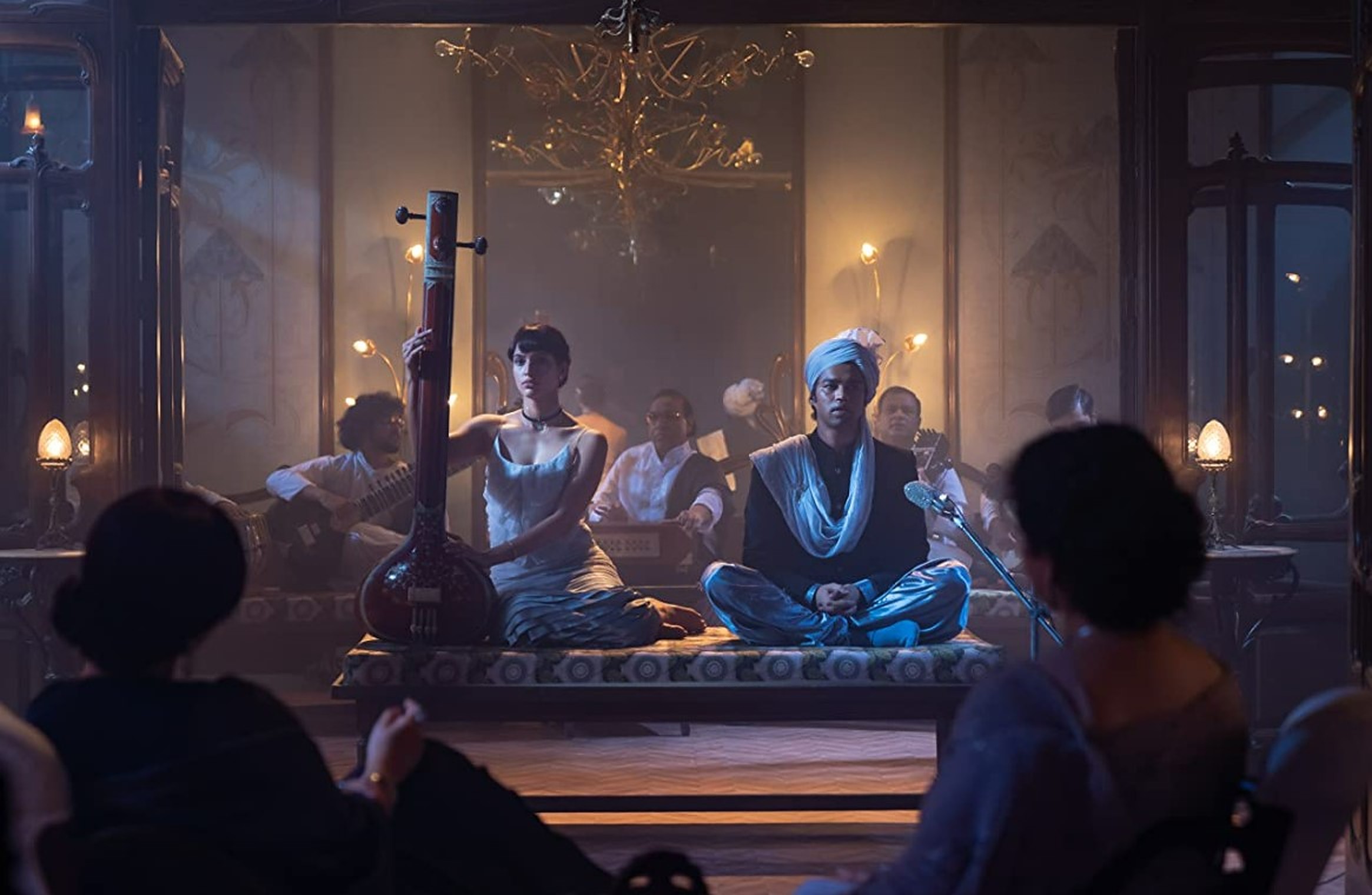 Interestingly, Qala takes the young singer’s place on stage and continues the performance. Jagan returns with the mother and daughter to their snow-clad home in Debisthan, where a frantic Urmila nurses him. Surprisingly, no doctor can diagnose his condition, and his fever worsens with time, weakening him from the inside. As a result, Jagan loses his ability to sing, which takes a heavy toll on his mind. Despite Urmila and Samanta consoling him, he starts withdrawing from everyone and breaks down one night in front of Qala.

The following day, Jagan goes missing, and Qala finds him dead, having hanged himself from a tree due to depression. She blames herself for his suicide yet proceeds to approach Samanta Kumar and grab the singing opportunity he had initially proposed for the latter. This causes a permanent rift between Qala and Urmila, who accuses her of building her career by snatching the dead boy’s dreams. Several years later, the former is basking in the glory of her success in Calcutta but still feels remorse for Jagan’s suicide.

Thus, Qala sees his ghost everywhere, who constantly mocks her and blames her for replacing him, and drives her insane. His ghost is an embodiment of her guilt of having a supposed hand in him losing his voice, which led to his death. While Qala does not directly kill Jagan, she murders his dreams and takes away his voice, slowly suffocating and pushing him to kill himself.

How Did Jagan Lose His Voice?

When Jagan falls sick during his musical performance, it is heavily indicated that Qala may have been responsible for it. It is revealed that she feels immense jealousy seeing him receive everyone’s attention. Furthermore, Urmila’s disapproval turns Qala’s petty feelings into something vindictive, so she poisons Jagan’s milk with mercury, which he then drinks before going on stage. Urmila had once told her daughter about mercury’s side effects on the throat, and she uses the same to get her rival out of her way.

The mercury goes undetected by the doctors, and Jagan gradually loses his voice due to weakness. Helpless and hurt to see his dream of becoming a singer slipping away, he crumbles internally and hangs himself. In her present situation, Qala’s insecurity brings back her past feelings of guilt, which gnaw at her conscience and make her hallucinate. She sees Jagan everywhere and reimagines the scene of his death when she finds him hanging. Like a moth to the flame, Qala gravitates toward doom.

Does Qala Reunite With Her Mother?

Sadly, Qala does reunite with Urmila, but after her death. As she struggles with her mental health, she reaches out to her mother for help, yet the latter refuses to respond due to her resentment. Due to her agony, Qala attempts suicide by consuming pearls but is saved on time by Sudha. Hearing her mumbling about Jagan’s death in a radio interview, Urmila believes her daughter may have harmed herself. Fearing the worst, she rushes to Calcutta, where the doctor informs her of the latter’s deteriorating condition and suggests committing her to a mental health facility.

To everyone’s surprise, Urmila is adamant about taking Qala back home, as she wishes to make amends for her past behavior. To her dismay, she walks in to see her daughter hanging dead and realizes that she is too late to save her. In her delirium, Qala had started hallucinating her snow-clad maternal home, where she reunited with Urmila and got her blessings. This leads her to kill herself the same way Jagan did in hopes of returning home. Alas, Qala does get her mother’s love and approval only after she departs the mortal world.

Read More: Is Netflix’s Qala Based on a True Story of a Real Singer?