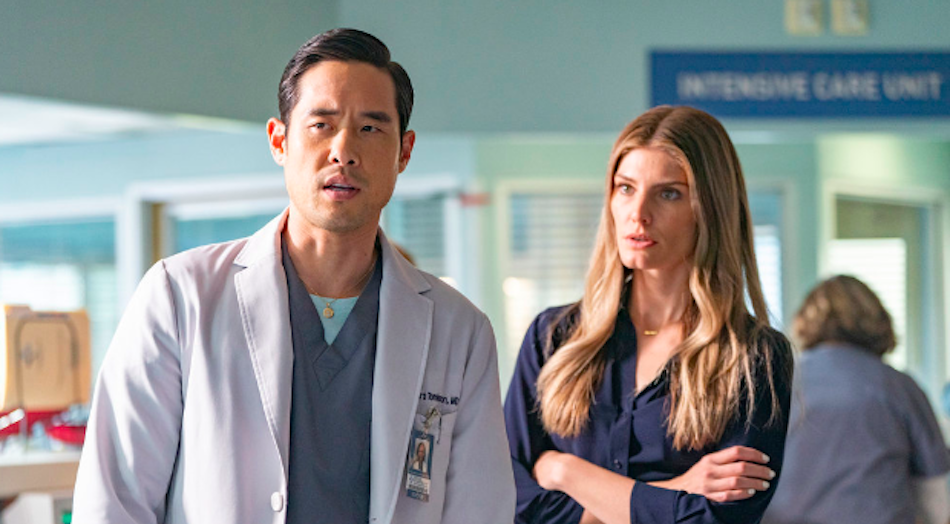 NBC’s ‘Quantum Leap’ has Ben Song’s team inch closer to the truth about his leap, but the answers only raise more questions. In the previous episode, Jenn managed to bring in Janice Calavicci, who is the only person who knows everything about Ben’s plans, especially now that Ben himself doesn’t remember anything. While Janice is cautious not to reveal much about Ben’s and her own intentions, she does drop some hints that point us towards a greater threat looming on Ben, Addison, and the rest of their team. Here’s what the ending means for all of them. SPOILERS AHEAD!

Ben lands in 1994 in the body of a young doctor with the mission of saving not one, but three lives at the same time. A train accident brings in a lot of patients, and Ben discovers that the events that happen today will have repercussions in the future. It is now on him to stop all the bad things from happening. However, things are quite challenging for him as he has to find a common thread between the three lives that he needs to save.

Back at the headquarters, Magic interrogates Janice, but she refuses to talk. Once again, she makes the team wonder why Ben chose to include her in his plans to save Addison, but not them. When Jenn tells Janice about Richard Martinez, Janice lets slip something that hints toward greater danger. Still, she refuses to talk to anyone. Eventually, on Janice’s request, Addison is asked to have a chat with her. But even then, she refuses to give any pertinent information. Instead, she warns Addison and advises her not to talk to Ben about his plans anymore.

Ben Song’s sudden and entirely unprepared leap in time has been the lingering mystery of ‘Quantum Leap’. While he has proved himself capable of the task and has saved the day multiple times now, there are several instances that have proved why he was not chosen to leap in the first place. Addison was the one who trained- physically and mentally- for this, and yet, even as she remains on the sidelines, there are times when she shows just why she is so important to the project. And this is one of the many things which puts her in jeopardy, especially when there is an unknown danger that might have direct links to the quantum leap project.

In a previous episode, just when Ben had started to remember things, he met another leaper, who turned out to be a Marine named Richard Martinez. Jenn and Magic looked into him, but it turned out that he had no idea what they were talking about. This led them to the theory that Martinez hadn’t leaped yet. He is to leap sometime in the future, but no one knows who’ll send him into the past. They come up with the theory that it is either an enemy nation that has developed the same technology or it is their own facility that gives Martinez the chance to leap.

When Jenn mentions Richard Martinez to Janice, she acts like she doesn’t know anything. But when she discovers that Martinez knew who Ben was, she becomes very concerned. This is when she demands to talk with Addison and implores her not to make Ben tell her anything that he remembers from now on. Janice says that there are others who could be listening to them, and giving away the information which is only inside Ben’s head, for now, is not a good idea.

Combining Janice’s recent warning with the question of why Ben didn’t go to his own team to save Addison proves that the threat might actually come from the team itself. Jenn proposed the theory that they had no idea what the project might look like in the coming years and whether any of them would still be a part of it. Considering that Martinez would leap at such a time would mean that either the current team won’t be functional anymore, or they would be forced to do the things that will put Addison in danger. This is why Janice wants Ben to keep the secrets close to his chest. Whatever he says at the moment will find its way to the people in the future, giving them the power to hurt him and others. One would argue that these enemies don’t yet exist, but they do exist in the future, and due to the time travel machine, their threats are closer to home than previously imagined.

The presence of Richard Martinez in the past and the crossing of his path with Ben’s proves that the team needs to let go of the linear perception of time and look at the whole picture —past, present, and future, all at once, and prepare themselves for what’s to come. They still have no idea about Ben’s reasons, apart from the fact that he did it to save Addison, but going by Janice’s warnings, they might have to deal with the fact that their curiosity to uncover everything might be the very thing that leads to what Ben was trying to stop.

Ben, too, finds himself plagued with the doubt that he might not be able to stop whatever threat led him to leave behind his happy life with Addison. In saving the three patients, he is forced to confront his own feelings and fears, especially when it comes to the fact that he was never trained for this. This point is further highlighted when he has to do a doctor’s job and comes face to face with the pressure and the challenge of saving a life. Despite his success, he finds himself lacking on that front, which poses another question. Despite his intentions, is Ben the best person to be on the mission to save Addison’s life?

Read More: Who is Richard Martinez? Is He Leaper X in Quantum Leap?