Are Randy and Skyler From Say I Do Still Together? 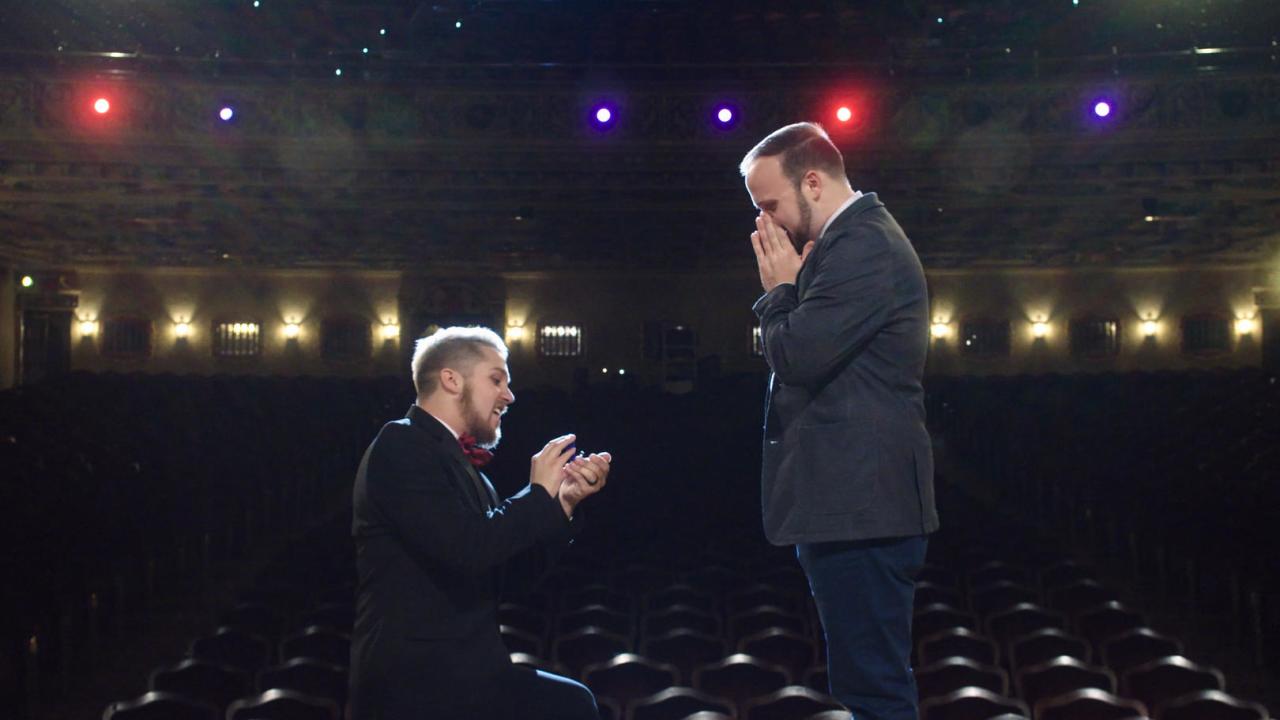 Netflix’s ‘Say I Do‘ is a tear-jerking series, but it’s that way for all the right reasons. The wholesome romances, the complicated love stories, the struggles of the couples, and the gentle nudges of the three experts who give examples of their own experiences, have left us craving for more already.

Each episode of this wholesome series follows a different couple as they face their fears and surprise their partners with their dream wedding. The very last episode, ‘Me and My Guy,’ followed Randy and Skyler as they did the same. And honestly, we fell head over heels for the pair and their love. So, let’s find out where they are now.

Randy and Skyler: Say I Do Journey

After admitting that they met on a “hookup” app, Randy and Skyler revealed that they have been together for seven years and engaged for three. Unfortunately, they couldn’t move forward from that because of Randy’s internalized homophobia and fears. He has come out, but because of family issues and being from the midwestern, he struggles with completely accepting his sexuality and showing affection to his love in public. This struggle always hindered them from celebrating their love the way they wanted to.

Therefore, Skyler decided to surprise Randy with his dream wedding. He never doubted Randy’s love for him, but he also knew of his internal conflicts, so, he thought that a little push would help them. When he re-proposed, he was proved right because Randy was more than enthusiastic to say yes. His family, though, especially his mother, didn’t celebrate this. So, the experts intervened and took the couple to an LGBTQ+ bar, which helped Randy realize how he wasn’t alone and how happy and accepting his real community is.

A post shared by Randy – Say I Do Netflix (@randycaplinger)

When that got coupled with Skyler admitting that he talked to Randy’s mother and got her blessing, it finally made the latter accept himself as who he is as a whole. And so, with newfound confidence, the couple went ahead to get married in a wedding ceremony that was fit for kings. The highlight of the entire episode had to be the look on the couple’s faces when they were saying their vows in front of all their friends and family. Even Randy’s mother attended the wedding.

Are Randy and Skyler Still Together?

Yes, yes they are! Randy and Skyler are still happily married and are now empowered enough to be themselves without any worries. Of course, it takes time to destroy the years of internalized negativity, but Randy is clearly taking all the steps to do so. Once he was afraid to even hold his fiance’s hand in public, but now, they have a couple’s Instagram page where they can post PDA and document all their memories and milestones.

A post shared by Randy and Skyler – Say I Do (@randyandskyler)

The Caplinger’s are currently enjoying a nice vacation in the sandy beaches, under the sunny heat of Florida, where they celebrated the end of Pride Month. After that, finally unafraid, the world is their oyster. We doubt that the Indianapolis men would now face any trouble with accepting their truth and their everlasting love.

A post shared by Skyler – Say I Do Netflix (@skylercaplinger)

A post shared by Randy – Say I Do Netflix (@randycaplinger)

Read More: Are Bruce and Essie Still Together?