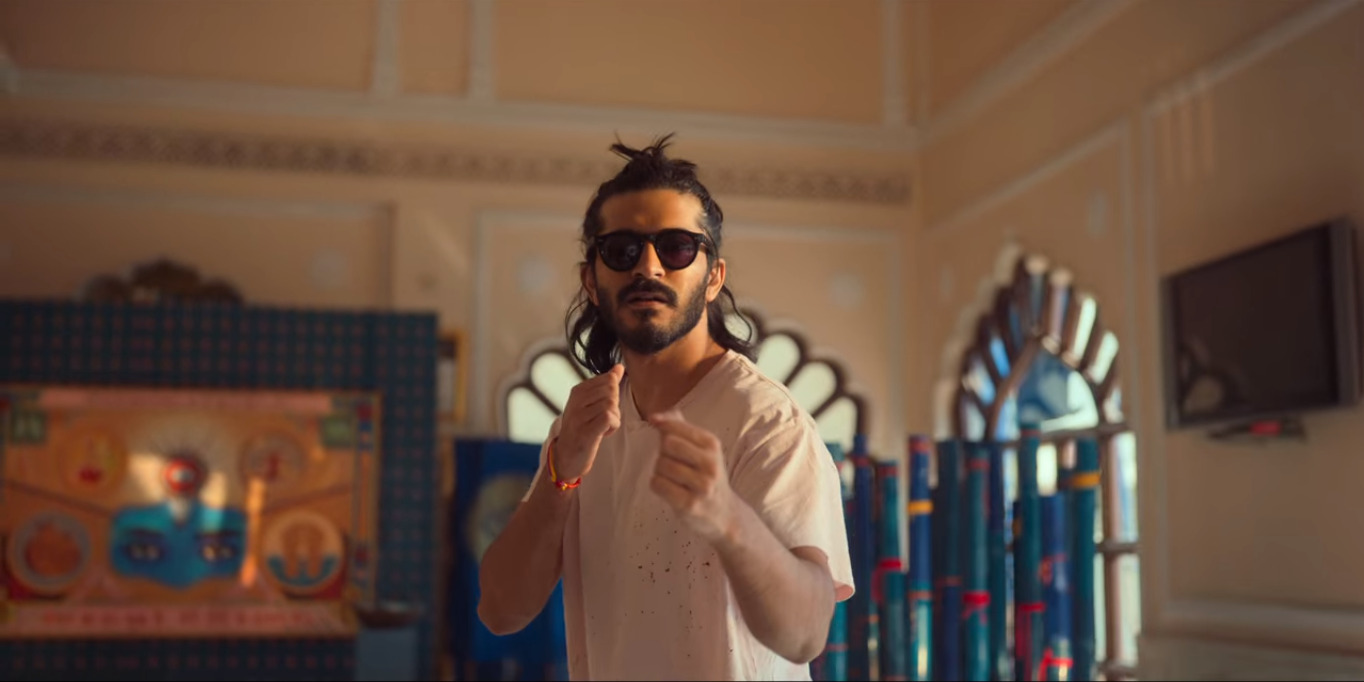 Netflix-original anthology series ‘Ray’ brings four stories on the plate – all unique in their own ways. One of the greatest cinematic voices in the world, Satyajit Ray was also a prolific fiction writer and illustrator of his own accord. Directed by Vasan Bala and based on Ray’s short story ‘Spotlight,’ the final episode of the first season of the series is a quirky but self-aware take on the source material. Not staying limited to the story, the director borrows freely from Ray’s cinematic works, including ‘Nayak’ and ‘Mahapurush,’ and imbues the story with a gender context. The narrative centers on a self-obsessed film actor, whose trip gets progressively worse as a religious figure takes away the spotlight from him. The finality of the story reveals a sly twist, and if you are still left scratching your forehead, let us decode the final moments. SPOILERS AHEAD.

Vikram Arora (Harshvardhan Kapoor) is a popular Indian film star known for his look, which he claims that he has invented. He and his companion and agent Roby are going to a city in western India for an ad shoot. Vik’s new film, ‘Ruk Ruk Ruk’ is performing well at the box office, but a critic thinks that the look that Vik is popular for is fading. They arrive at a regal hotel, where Vik has booked the room where Madonna previously stayed. But with the arrival of religious icon Didi, Vik is shifted to a bigger suite called the Gulab Mahal. 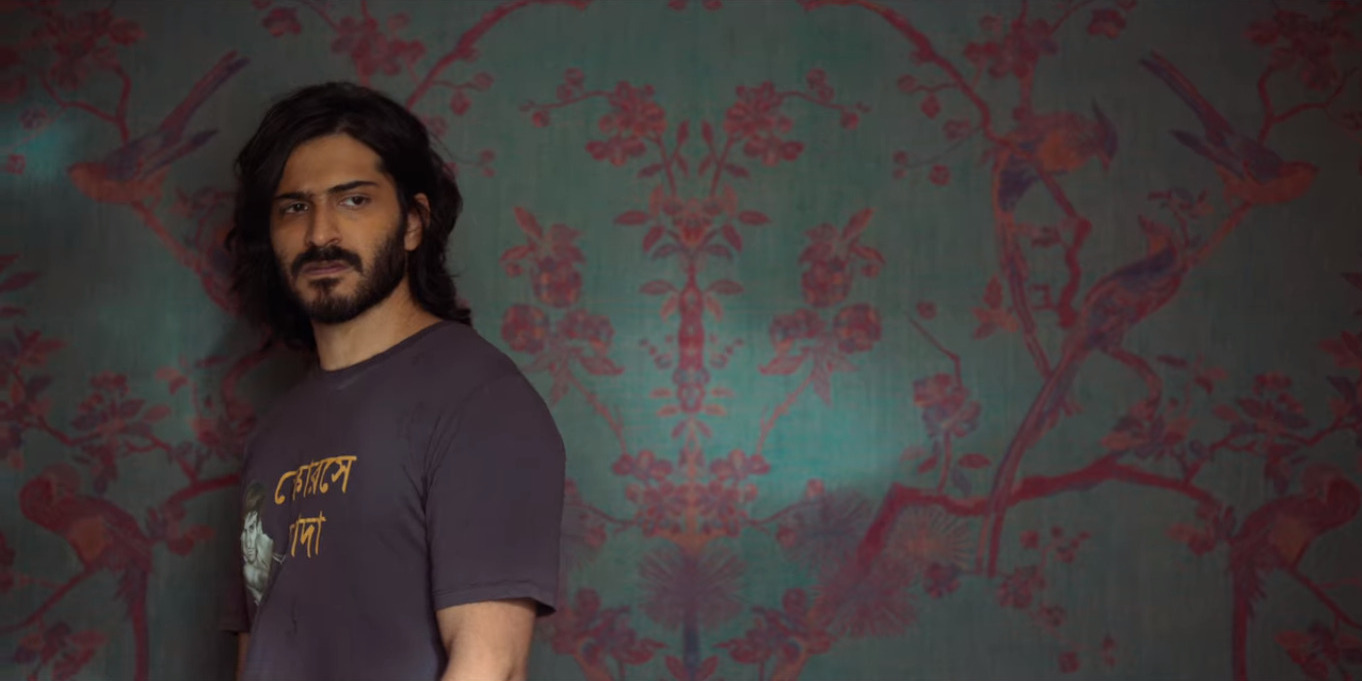 Atheist Vik does not believe in the cult of Didi and takes it personally. All Vik wants is the Madonna room. He goes to speak to the hotel manager to get his room back, but the hotel manager is himself a devotee of Didi, and Vik’s request cannot be fulfilled. On top of it, Vik’s producer asks him to obtain the holy water of Didi’s feet. People seem to care about religion more than they care about cinema, and Vik is infuriated. Distracted by the thought of Didi’s “divine look,” Vik performs terribly in the ad shoot. Even after several cuts, Vik cannot replicate his look and takes a break. It comes down to fight or flight, as Roby gives Vik the idea of shifting to another hotel, where Vik may get some “good vibe” in the presence of a rock artist.

Vik is a fighter, and he chooses to stay. But everyone is talking about Didi and it is getting on Vik’s nerves. He initially agrees to sit for an interview, but the Sunday front page is booked for Didi’s interview, and the deal is canceled. Vik goes to take a dip in the pool, but he is not allowed as Didi is in the pool. Vik tries to engage in a fight, but as Didi’s henchmen arrive on the scene, the situation goes out of hand. Vik is berated by his Didi-devotee producer, who threatens to drop a tweet against him. As Vik hits a low, his girlfriend Anuya comes to give him a surprise. Oh, wait – Anuya has actually come to get some holy water for herself. Vik pretty much loses it, and after a nasty brawl, Anuya breaks up with him. 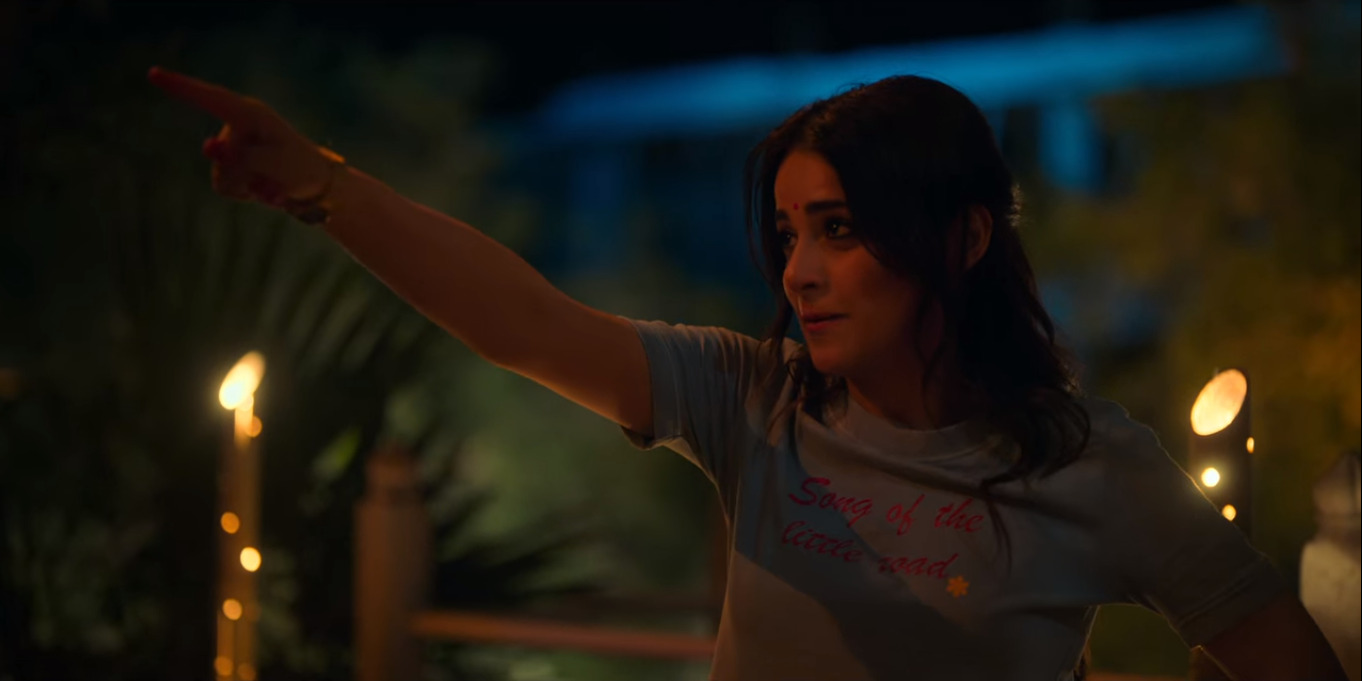 Devastated, Vik agrees to audition for the Hollywood film that Roby told him about earlier. While rehearsing his English accent, Vik gets way too drugged and ends up in a dark alley in the city. He is visited by his own look, who urges him to go to Didi. After getting back in the hotel, Roby divulges to him that there has been a police raid. To Vik’s astonishment, Didi is apparently a fraud. To Roby’s astonishment, now Vik wants to meet Didi. Roby pulls some strings and Vik finally goes to meet Didi in person. Didi comes down from her cult to the ground of everyday reality, and Vik becomes a believer. Together, they attempt a daring escape. In the end, the divine cult of Didi is reinstated through the humane in her, and Vik gets his look back.

Ray: Spotlight Ending: Why Does Didi Plot Against Samar?

As the final moments reveal, Didi is seemingly an ordinary person. But it takes caliber to make people blindly believe a lie, and as it turns out, Didi is a mastermind. As she divulges to an entranced Vik, women face a lot of adversities in the patriarchal society of India, especially fair women. Orphan Didi was born and brought up in a “women’s shelter.” In India, a lot of religious institutions run women shelters, and only God knows what happens in these seemingly austere sites of religious devotion.

Didi fled from the shelter and ended up doing odd jobs. Then she realized, in her own words, that she had to turn into a wolf to survive among dogs. And thus, the cult of Didi was invented out of thin air. But when Didi’s manager Samar opened a “women shelter” with the fund money, Didi realized that her life has come full circle. Once a runaway from the patriarchy, now she has become a perpetrator. But Didi knows better to do the right thing. Therefore, she gets Samar arrested while planning to open her own ashram in Oregon, US. With a little help from her beloved hero, Didi sails to America. But another question remains.

How Do Vik and Didi Manage the Escape?

The escape sequence brings us to the climax of the story. Now turned into a believer, Vik escorts Didi in front of the eyes of the police. The sequence is backed by a superb score which aptly brings out the quirk in the story. But how do they actually manage the escape? When Vik pulls a policeman through the staircase with a sleight of hand, you must be led to think that it’s the miracle of Didi. In more than one way, the sequence is a satire to the dominant cinema. Vik is after all a film star, that too in a country where heroes perform seemingly inexplicable feats. 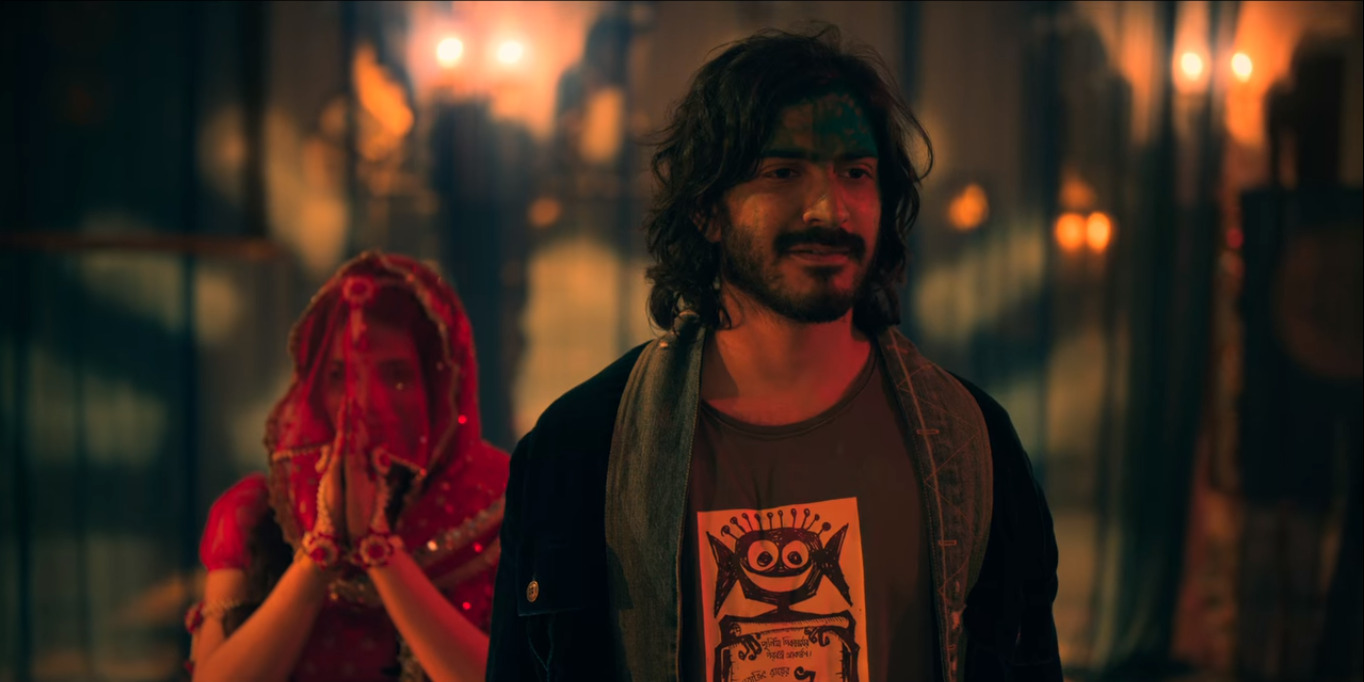 Cinema often deviates from reality to cause such miracles on-screen that religion only promises but can rarely depict such viscerally. The light goes out on cue, which is perhaps the hotel manager’s doing, who is a self-proclaimed devotee of Didi. Vik seemingly speaks in Didi’s voice, and as an actor, Vik must have learned lip-syncing. Barring Vik’s superpowers, the escape sequence is not difficult to pull off. But if you are still perplexed about how Vik tackles the police, maybe it’s just his look.

Read More: Ray: Forget Me Not Recap And Ending, Explained