Where to Stream RBG? 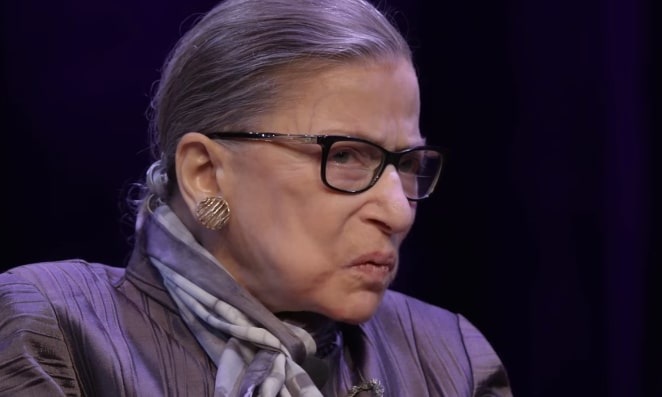 ‘RBG’ takes us into the lives of one of the most vocally dissenting women in America and perhaps the world – the late Ruth Bader Ginsburg. As the second woman to serve as the Supreme Court of the United States Associate Justice, Ginsburg paved the way for gender equality at an unprecedented level of the American justice system. The documentary is an incisive look into the life and early cases of Ruth, and you might be wondering where to watch it. We have got you covered and will also tell you a little more about the premise.

What is RBG About?

The documentary chronicles the life of Ruth Bader Ginsburg across several decades. We see her birth in Brooklyn, college education, and then the career as a law professor. Viewers are taken through Ruth’s professional and personal milestones, including the federal judiciary appointment by President Jimmy Carter and finally the Supreme Court appointment by President Bill Clinton. Ruth has the distinction of building a lasting legal legacy while propelling herself to become an indelible pop culture icon. ‘RBG’ shows us how achieving so much became possible for the woman.

As a documentary, the tone is light – so as not to sound preachy – but there is a degree of seriousness and passion in handling the subject matter. ‘RBG’ serves as a tribute to the dissenting voice of Ruth Bader Ginsburg. By managing to be sober, scrupulous, and highly intelligent, the documentary appeals to serious watchers who admire Ginsburg’s legacy and want to know more about her life.

Is RBG on Netflix?

Netflix has a fantastic collection of documentaries, which are both entertaining and informative. The platform ensures that the content is varied, too, to appeal to different viewers. ‘RBG’ is not on the site, but you can check out ‘Miss Americana,’ which details the life of Taylor Swift. We see her rise to stardom, which attracts a lot of unwanted attention and puts her in a bad space. But, Taylor finds it in her to bounce back and continue doing what she loves – performing for her fans.

Is RBG on Hulu?

Hulu keeps making smart additions to its roster of movies and shows, so the streamer is preferred by a steadily growing audience base. You can check out ‘RBG’ on the platform. See it here.

Is RBG on Amazon Prime?

Amazon Prime sources films and shows from all over the world, making the content diverse, so nobody walks away dissatisfied. You cannot stream ‘RBG,’ but you can buy or rent and see the movie. Check it out here.

Where to Watch RBG Online?

If you want to watch ‘RBG,’ you can rent or buy and see the movie on various platforms. Head to Google Play, YouTube, iTunes, Flixfling, Vudu, and FandangoNow.

Where to Stream RBG For Free?

Yes, you can stream ‘RBG’ for free by using the trial period Hulu offers. But, we would like to urge all readers to pay for the art they consume.