Ready Set Food Shark Tank Update: Where Are They Now?

A parent’s top priority is to ensure that their kids get appropriate nutrition, especially in the early years. Thus, when the child develops an allergy to specific foods, it can be stressful to identify the same and give them completely balanced meals. Luckily, Ready. Set. Food! combats this problem with a unique solution-  by offering allergist-developed organic mixes that immunize the children against such allergies and lets them eat healthily and happily.

Not just that, each mix is all-natural and without added sugar and preservatives. Entrepreneur trio Daniel Zakowski, Dr. Katie Marks-Cogan, and Dr. Andy Leitner shared this innovative concept with the investors on ‘Shark Tank‘ season 11 episode 12. Now, if you wish to know how Ready.Set.Food! has fared since their pitch on the show, we’ve got you covered!

Ready Set Food: Who Are They and What Do They Do?

Dr. Katie Marks-Cogan is a pediatric and adult allergist from Los Angeles who completed her Doctor of Medicine degree from the University of Maryland School of Medicine in 2005. She has several years of experience in the field and is a board-certified allergist and immunologist. Dr. Katie currently runs her practice, Clear Allergy, in the Greater Los Angeles Area. On the other hand, Dr. Andy Leitner is a pain management specialist who obtained his Doctor of Medicine degree in 2008 from the Washington University School of Medicine in St. Louis. 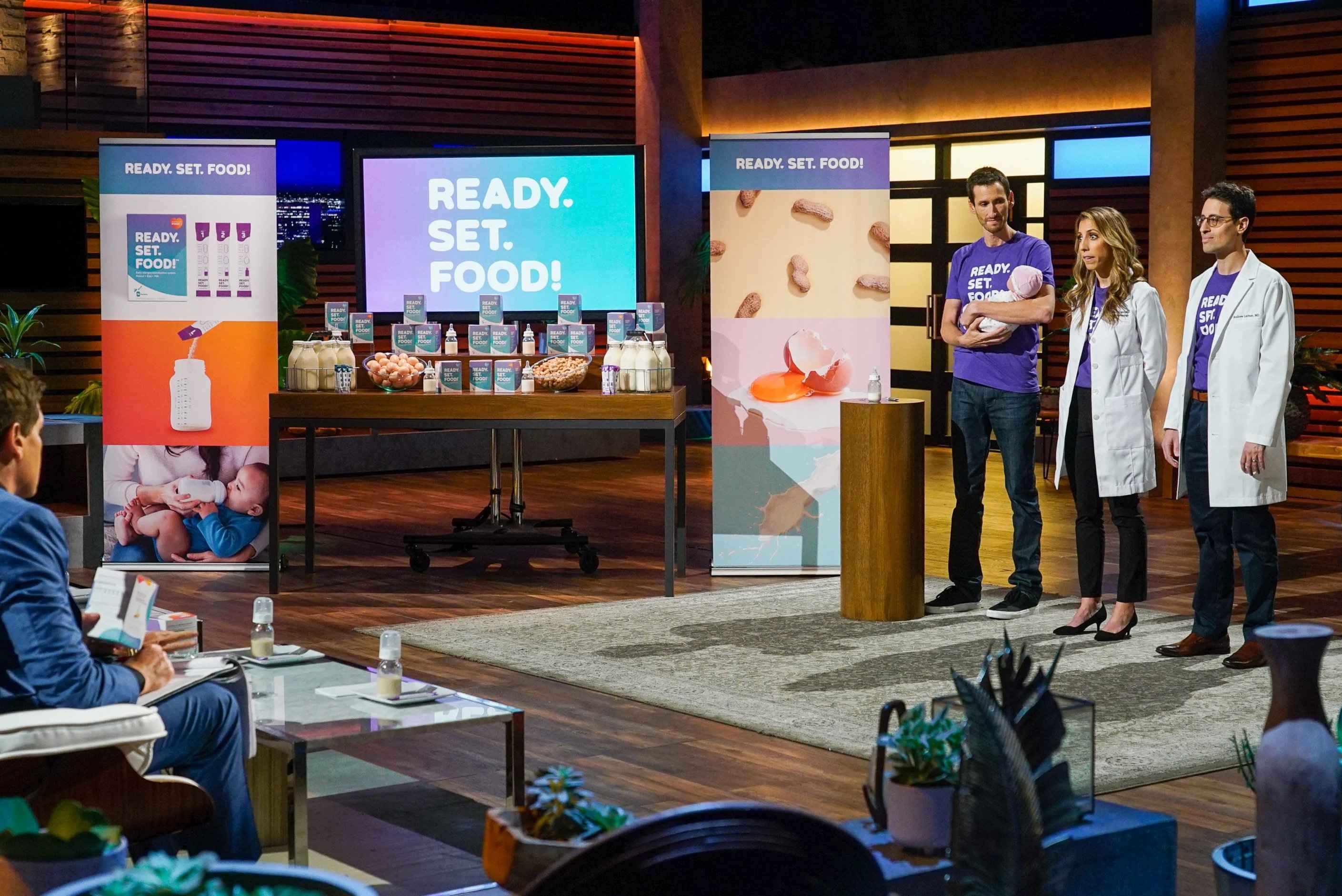 Dr. Leitner has previously worked as a clinical laboratory anesthesiologist and now heads the Division of Interventional Pain Management at the City of Hope National Medical Center in Duarte, California. Lastly, Daniel Zakowski completed his MBA in Finance from The Anderson School of Management UCLA in 2012. He has vast experience in business and sales strategies and is the current CEO of Ready.Set.Food! Interestingly, Dr. Katie is a mom of two who began introducing allergens into her son’s diet at an early age.

Since food allergies are not congenital and are acquired, the aim was to carefully immunize the little boy with nine common allergy-causing foods like peanuts, eggs, milk, nuts, soy, and wheat. However, giving accurate measures of these allergens to maintain balanced nutrition was quite hassling. On the other hand, Dr. Andy’s son developed life-threatening food allergies and has Eczema, thus restricting his diet. To tackle this, the two Los Angeles doctors teamed up with their friend, entrepreneur Daniel Zakowski, and they founded Ready.Set.Food! in 2018.

Along with a team of top scientists, pediatricians, and allergists, the trio developed two food mixes to be introduced into a baby’s diet at two stages to immunize them against food allergens. Stages one and two of the blend integrate peanut, egg, and milk into the baby’s diet by adding them to breast milk or formula bottles. They are to be used for two-week and six-month periods, respectively. Later, a third-stage mix was added, introducing the child to cashew, almond, walnut, sesame, soy, and wheat for babies already consuming solid food. All these mixes are sold via various subscription plans that customers can buy.

Where is Ready Set Food Now?

Once their prototype mixes were created and approved, Dr. Katie, Dr. Andy, and David introduced the product to their friend circle. Given their positive response, the trio launched the product in the market. By the time of their appearance on Shark Tank, Ready.Set.Food! had already generated $2.4 million in venture capital and had done $25,000 worth of sales within just a few months of launching. Moreover, the company expected to close in $450,000 for its 2019 sales. Hence, they asked the sharks for a $350,000 investment in return for 7% equity.

The Ready.Set.Food! team impressed the sharks and landed them a deal with shark Mark Cuban. He offered them $350,000 for 10% equity and 2% advisory shares. In addition, he put forth the condition that for each subscription the company sells, it would give one to a low-income family without a cost. Dr. Katie, Dr. Andy, and David were elated with this deal and readily accepted, but without the advisory shares. Speaking of the company’s growth after ‘Shark Tank,’ we are happy to report that Ready.Set.Food! has achieved significant success.

The company announced in June 2021 that it had raised $3.5 million in a funding round involving shark Mark Cuban and two returning investors, Danone Manifesto Ventures and AF Ventures. Besides, they acquired a prominent new investor, Edward-Elmhurst Health. On top of it, Ready.Set.Food! was awarded $50,000 in grant funding by winning Johnson & Johnson Innovation’s Next in Naturals QuickFire Challenge: Children’s Wellness.

Check out our full lineup of Organic Baby Oatmeal products including our newest flavor, Peanut Butter! Made with 9 top allergens and just real food, we're so excited to continue our mission of helping parents introduce allergens to their babies early and often! #BabyProducts pic.twitter.com/9FrwGLOQ86

Ready.Set.Go! products can be purchased on their official website, as well as Amazon, Target, Walmart, Buy Buy Baby, and Meijer. You can subscribe to the complete three-stage plan at either $34.99 monthly for six months or $29.99 monthly for a year. Furthermore, single-stage mixes can be subscribed for 1 to 3 months, ranging between $39.99 and $169.99.

The company has recently introduced baby oatmeal in six unique flavors, costing you $1.99 per pouch. As of writing, Ready.Set.Food! reportedly pulls in $3.5 million in annual revenue and has 25,000 regular users. Given its steady growth over the years and the support of strong investors, the company will surely go higher soon. We wish them the best for the same!

Read More: ChessUp Shark Tank Update: Where Are They Now?