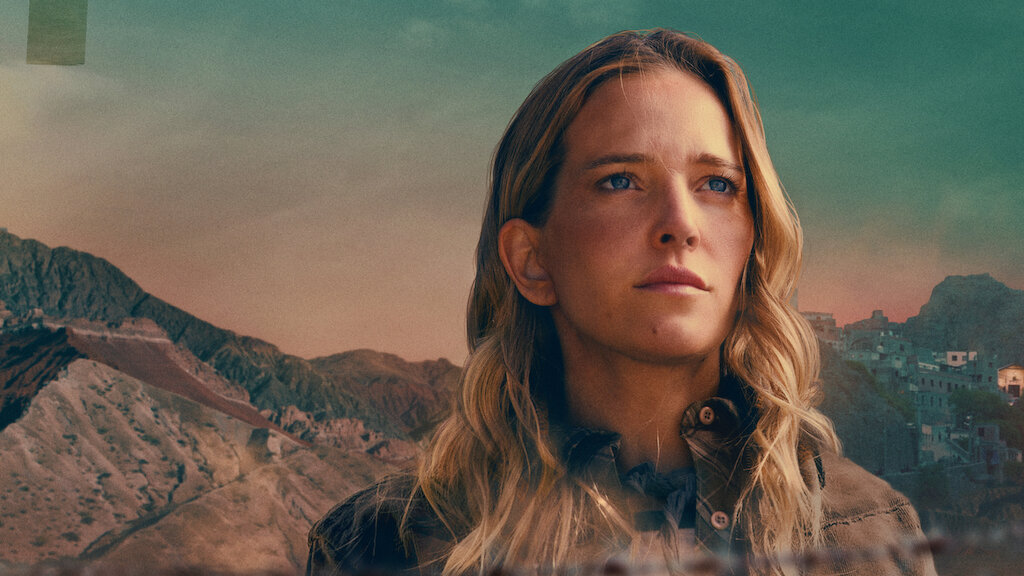 Based on the characters created by journalist and author Florencia Etcheves, ‘Recurrence’ or ‘Pipa’ is an Argentine crime-thriller film. It’s the third entry in director Alejandro Montiel’s ‘Pipa’ series after ‘Perdida’ (2018) and ‘Intuition’ or ‘La Corazonada’ (2020). The story finds the violent crimes detective Manuela “Pipa” Pelari (Luisana Lopilato) living in the small town of La Quebrada in North Argentina with her son, Tobías. After what happened with her former friend and drug trafficker Cornelia Villalba — as depicted in ‘Perdida’ — Pipa left the police force. She was stuck and depressed, and her life was falling apart. Eventually, her aunt, Alicia (Paulina García), brings her to the picturesque valley of La Quebrada, where Pipa works in the fields and finds a modicum of peace. Ten years pass without any incident. However, when a local Qulla girl dies under mysterious circumstances, Alicia convinces Pipa to resurrect her older self. Here is everything you need to know about the ending of ‘Recurrence.’ SPOILERS AHEAD.

The film begins as the police arrive at the scene where Samantha (spelled Samanta in the captions) Sosa’s burned body was presumably discovered by another local, Luis Paredes. The officers know Samantha well. She had drug issues and often ended up at the precinct. They find a pearl necklace around her neck, belonging to the matriarch of the wealthy Carreras family, Etelvina. Samantha was at the Carreras household the night before, working as a server at the party thrown by Etelvina’s daughter Mecha and son Cruz.

Alicia works with young women like Samantha, who face nothing but apathy from the rest of society. Believing that foul play was involved, Alicia convinces Pipa to investigate Samantha’s death. She knows that the police will try to close the case as soon as possible for several reasons. Along with her drug issues, Samantha was part of the Qulla community, a marginalized group of people that faces horrendous discrimination from the white establishment. Moreover, the mayoral election is around the corner, so the pressure will be on Captain Mellino to quickly wrap up the investigation. There is also the matter of the involvement of the Carreras family in the incident. Almost everyone in the town is on their payroll. However, as revealed later, not everyone does their bidding for money.

Reluctantly, Pipa agrees and slips back into her detective persona with surprising ease. Meanwhile, Rufino Jerez, one of the few non-corrupted officers in La Quebrada and a member of the Qulla community, is in charge of the investigation regarding Samantha’s death. He and Pipa also dated two years back. There is still a wisp of mutual attraction between them. As Pipa saw Samantha on the night of her death, she becomes a person of interest in Rufino’s investigation, though he quickly realizes that she isn’t responsible for what happened to the poor girl.

‘Recurrence’ has an important subplot involving a growing conflict between the local establishment and the Qulla community, led by Nahuel Mamaní. The town seems to have made a deal with American businesses to hand over Qulla land. Mamaní is at the forefront of the agitation against the deal. With the election coming, the mayor orders Mamaní’s arrest. Although he explicitly instructed the officers to do things strictly by the book, they severely beat up Mamaní. His wife realizes Samantha’s death has given them an opportunity to remove the mayor from power. They alter a photo from the party to implicate the mayor’s son, Augustín, in Samantha’s death. Their actions end up complicating Pipa and Rufino’s investigation.

For the most part of the film, Samantha’s death serves as the central mystery. The initial assumption is that she stole the necklace and got drunk in the shed where she was later found. The sparks of fire she made hit the ceiling while she was sleeping. Samantha died after the entire shed caught fire.

Pipa discovers that this is false. On the night of Samantha’s murder, Paredes came to Pipa’s property, claiming he was looking for a cougar. Later, when Pipa asks him if he was at the Carreras’ party, he says he wasn’t. Pipa realizes he is lying because he was dressed when he went by her house that night. She confronts Paredes, who admits to killing Samantha by accident. He caught up to her and was trying to keep her silent when a group of hunters stopped nearby to urinate and inadvertently suffocated her to death. In the present, when Rufino and his partner arrive, Paredes runs away. However, he is later shot and killed.

Although the mystery of who killed Samantha is solved, Pipa is yet to figure out Paredes’ reasons. Why he was after Samantha that night? What did he want? As it turns out, Samantha’s missing phone holds all the answers. At the start of the film, we see a mask floating in the currents of a stream. It is later revealed that it belonged to Paco, one of Cruz’s friends. He caught Cruz having sex with his own sister, Mecha, and threatened to make it public. Mecha was engaged to Augustín and knew that if people came to know about her and Cruz’s incestuous relationship, she would be ruined. Moreover, she was aware of Paco’s romantic interest in Cruz. Mecha killed Paco, both to keep her and Cruz’s relationship a secret and because she feels possessive of Cruz. They later dumped Paco’s body in the river. What they didn’t know was that Samantha was hiding in the closet the entire time and caught everything with her phone camera.

Yes, Captain Mellino is dead. Pipa kills him when he comes for Samantha’s phone, which Tobías had all this time. Mellino was the one who sent Paredes after Samantha, though his instructions to the other man were to scare the girl and take her phone. Mellino and his officers killed Paredes as well. It is revealed that Mellino does what he does because he is Cruz’s father. Believing that his son killed Paco, he tries to ensure that Cruz will not go to prison. Ironically, it wasn’t Cruz that killed Paco; Mecha did. Cruz thinks that he killed Paco, because he accidentally hit the other young man, and the latter lost consciousness. While he was gone, Paco woke up and was killed by Mecha.

Although Pipa gets shot at least twice during her fight with the local police officers, she survives. We see her together with her son in the final scene. However, Alicia is killed during the encounter after Mellino shoots her.

Will Mecha Get Arrested?

One of the final scenes involves Rufino appearing before a court and preparing to testify. He likely has gotten the phone from Pipa and used it to implicate Mecha in Paco’s murder. So, there is a high probability of her arrest. Mecha probably doesn’t care at this point. She tried to admit to Cruz that she was the one who killed Paco, but he had taken several pills and succumbed to their effects right before Mecha’s confession. He died without learning that he was innocent.

Meanwhile, it appears that Augustín’s father, the incumbent mayor, has lost the election. Toward the end of the film, we see a notice board that reveals that property restitution is pending, implying that the Qulla population will get their land back. A cooperative has also been set up to improve the financial condition of the community.