Regé-Jean Page From Bridgerton: Everything We Know 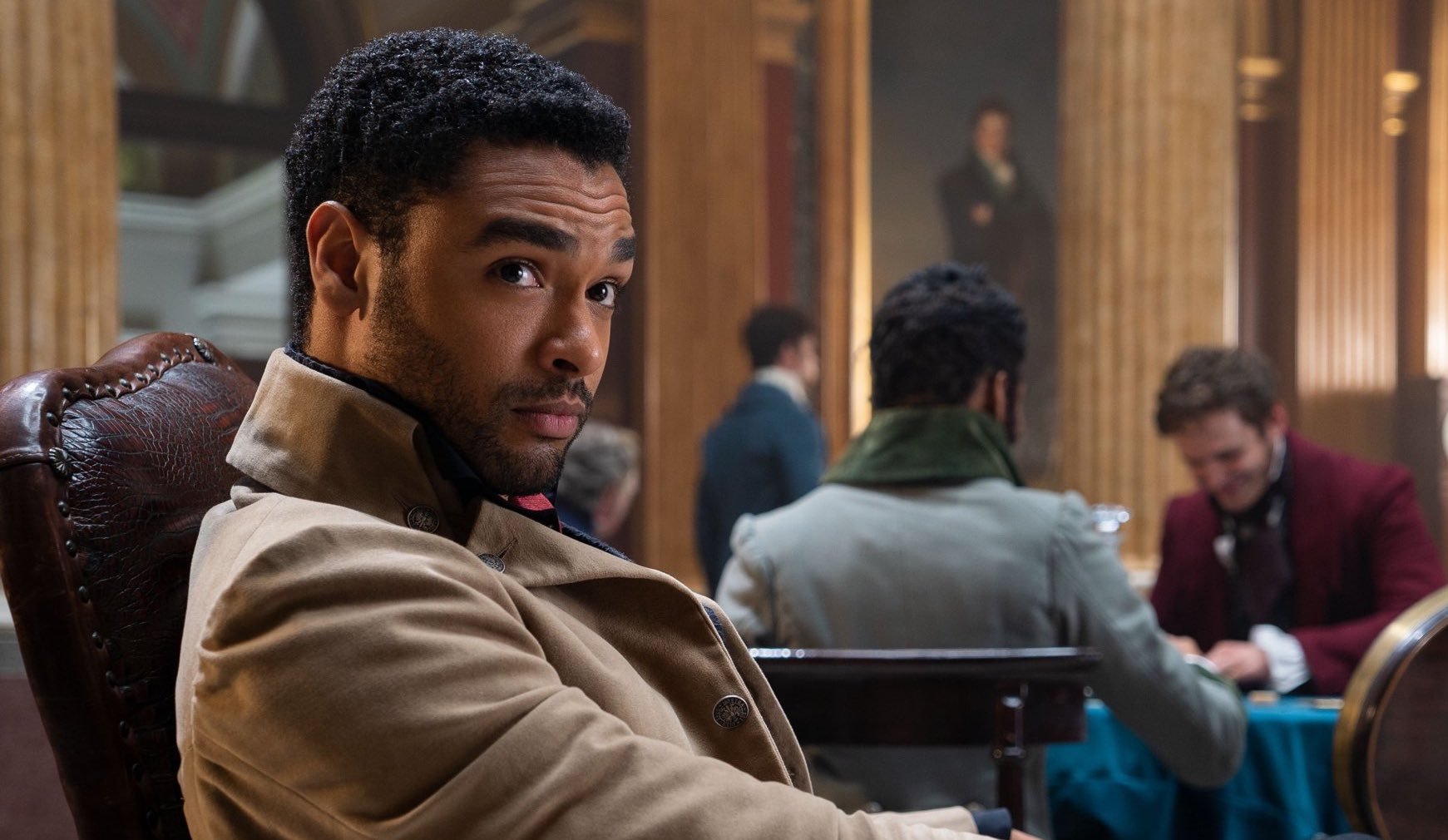 Regé-Jean Page is an up-and-coming British actor who is garnering more and more popularity by the day. He made a mark in the film industry with his indispensable supporting roles in ‘Mortal Engines’ opposite Hugo Weaving and as a series regular in the final season of BBC Three’s ‘Waterloo Road.’ Page became a household name in 2018 by frequently appearing as Leonard Knox in ABC’s legal drama, ‘For the People.’

Page’s impressive performance landed him the lead role in Netflix’s ‘Bridgerton,’ the period romantic drama series, based on the novel series of the New York Times’ best selling author, Julia Quinn. Page’s authentic portrayal of Simon Basset in the show revealed his depth of character and intensity of feelings. His ever-growing fan following is intrigued to know more about him, and we come bearing answers!

Born in 1990, Regé-Jean Page was welcomed in North London but soon moved to Harare, Zimbabwe. Around the time he turned 14, his family relocated to London, where he spent most of his formative years. The second youngest of four siblings, Page has been acting ever since as he got the opportunity to appear as Jay in a short film, ‘Troublemaker,’ in 2004. He was self-admittedly loud and “attention-seeking” as a kid and formed a band with his little brother, as a singer and punk drummer. The now 30-year-old then explored his talents in his new town and thus, made a guest appearance in BBC’s medical drama series, ‘Casualty.’

Page stepped away from mainstream media for some time to hone his acting skills at the National Youth Theatre of Great Britain. In 2013, he graduated from the UK’s Drama Centre and, within the same year, got cast in Michael Longhurst’s ‘The History Boys’ at the Crucible Theatre in Sheffield, South Yorkshire. The theatre fascinated the artist more than anything else as he performed alongside Jonathan Pryce in Jonathan Munby’s adaptation of ‘The Merchant Of Venice’ at Shakespeare’s Globe. Page then moved to Los Angeles in his twenties.

Regé-Jean Page’s official debut role would be in the British soap drama though his career actually kick-started in 2013 with a 2 episode appearance on Channel 4’s comedy, ‘Fresh Meat.’ After these stints, the British-Zimbabwean actor got his big break in 2015 on the BBC drama ‘Waterloo Road,’ in which he can be seen as a young teacher, Guy Braxton. In 2016, his flawless portrayal of Chicken George in the History Channel’s remake of the Emmy Award-winning 1970s ABC series ‘Roots’ officially launched his career and won him immense love and success. 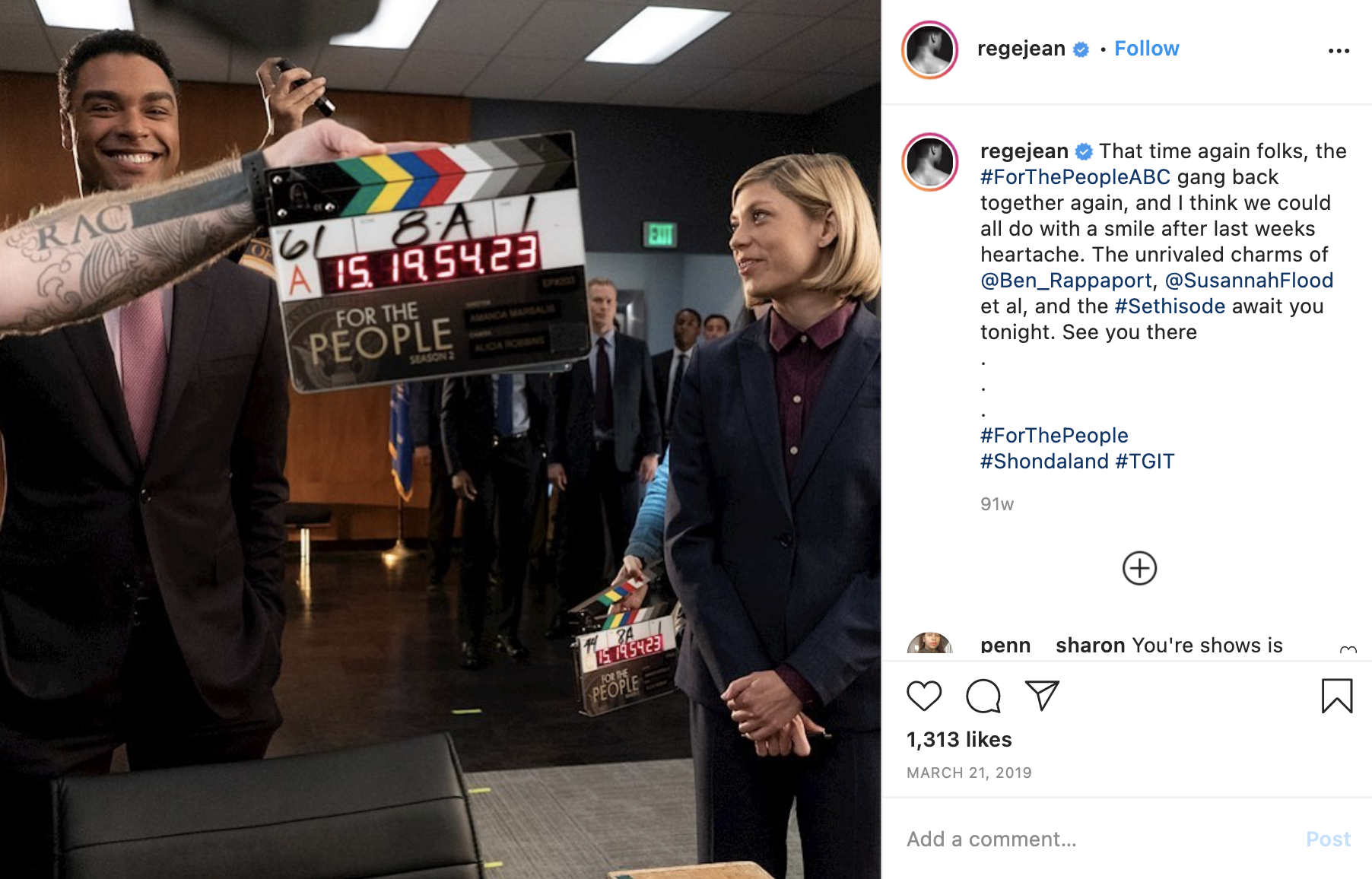 Just before working as one of the main cast members on Shonda Rhimes’ ‘For The People,’ Page had a supporting role in Universal Pictures’ and Peter Jackson’s science-fiction blockbuster ‘Mortal Engines’ in 2018. Page’s childhood is reflected in his role as Chico Nichols in ‘Sylvie’s Love’ by Amazon Studios. His engrossing performances have been winning such critical acclaim that he is labeled the “leading man” for the coming decade. This does not sound like an exaggeration but an honest expression of his amazing talent as is evident from the star’s main role in Netflix’s ‘Bridgerton.’

Be it about the perfectly crafted dance routines or his depiction of Simon’s journey back to Regency-era London, a hotbed of social warfare, the British actor has won millions of hearts with his versatility. But since witnessing his sizzling chemistry with his co-star, Phoebe Dynevor, their fans have been shipping them together. Is she really his girlfriend? If not, is he dating anyone at all?

It might be disappointing for fans to come across the fact that Regé-Jean Page and the female lead of ‘Bridgerton,’ Phoebe Dynevor, are not dating. Far from being in a romantic relationship with one another, the two are only good friends. He was reportedly linked to Antonia Thomas, his co-star in the action spy thriller movie ‘Survivor.’

Despite only a supporting role in the film, there is a chance that Page and Antonio formed a deeper connection during filming as they were also seen making red carpet appearances together. But a good look at their respective social media accounts nips the rumor in the bud, making it is easier to believe that they were only working together and nothing else. The actor has remained tight-lipped about his love-life so far and seems entirely focused on building a career as of now.