Reincarnated as a Sword Episode 11 Recap and Ending, Explained 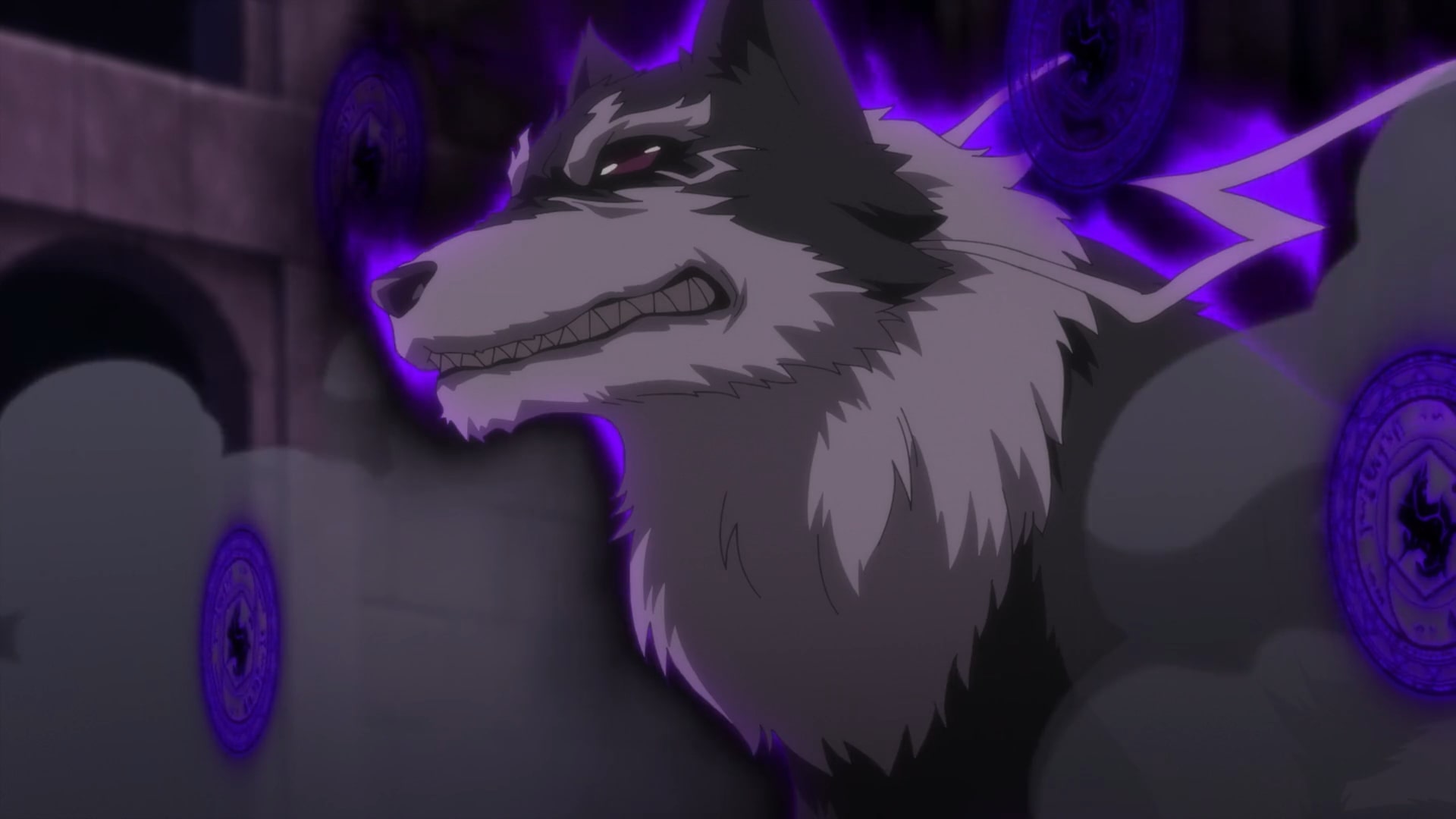 In ‘Reincarnated as a Sword’ or ‘Tensei shitara Ken Deshita’ episode 11 titled ‘The Wolf Summoned Hither,’ Teacher, Amanda, and other adventurers start a desperate search for their companions after realizing that a Trickster Spider may have been behind their disappearance. When all efforts appear to fail, Teacher decides to summon an Onyx Wolf. Meanwhile, Fran is valiantly fighting for her life and protecting her fellow adventurers even though she is poisoned and can barely control herself. Here’s everything you need to know about the ending of ‘Reincarnated as a Sword’ episode 11. SPOILERS AHEAD!

Reincarnated as a Sword Episode 11 Recap

After Fran, Bert, and Victor go missing, their fellow adventurers realize the urgency of the situation immediately as they are unable to track down their whereabouts despite their best efforts. Therefore, they split into different groups to start a thorough inspection of the entire dungeon. Since she is overpowered, Amanda takes Fran’s sword and starts looking for her without any help. 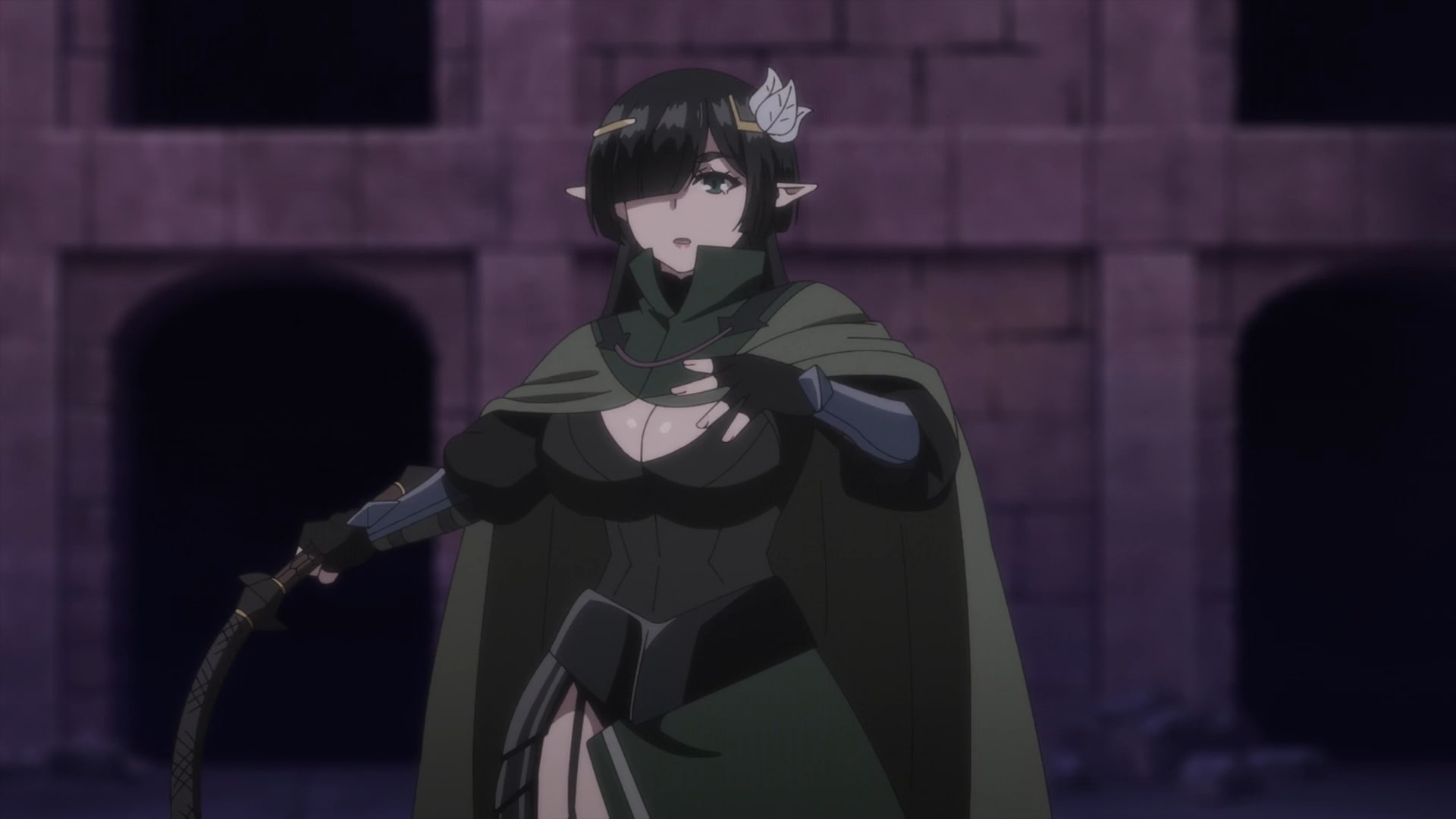 Meanwhile, Teacher is also aware of the urgency of the situation. After all the options appear to not yield any results, he starts going through his skills to see if there is something that can be used to help Fran. He then realizes that there is a summon ability that he has never used so far. Teacher decides to look at the Familiars he could summon at this point and eventually chooses the Onyx Wolf since it has life-detection skills.

Unfortunately, the beast starts attacking Teacher after being summoned as he unknowingly infuses excess mana into him. This pushes the Onyx Wolf into a berserk mode in which he blames his master for the suffering that he is going through. The crystal inside him can barely withstand the excess mana and Teacher learns that naming the Onyx Wolf will help him get control of the beast with a 93% probability of success. 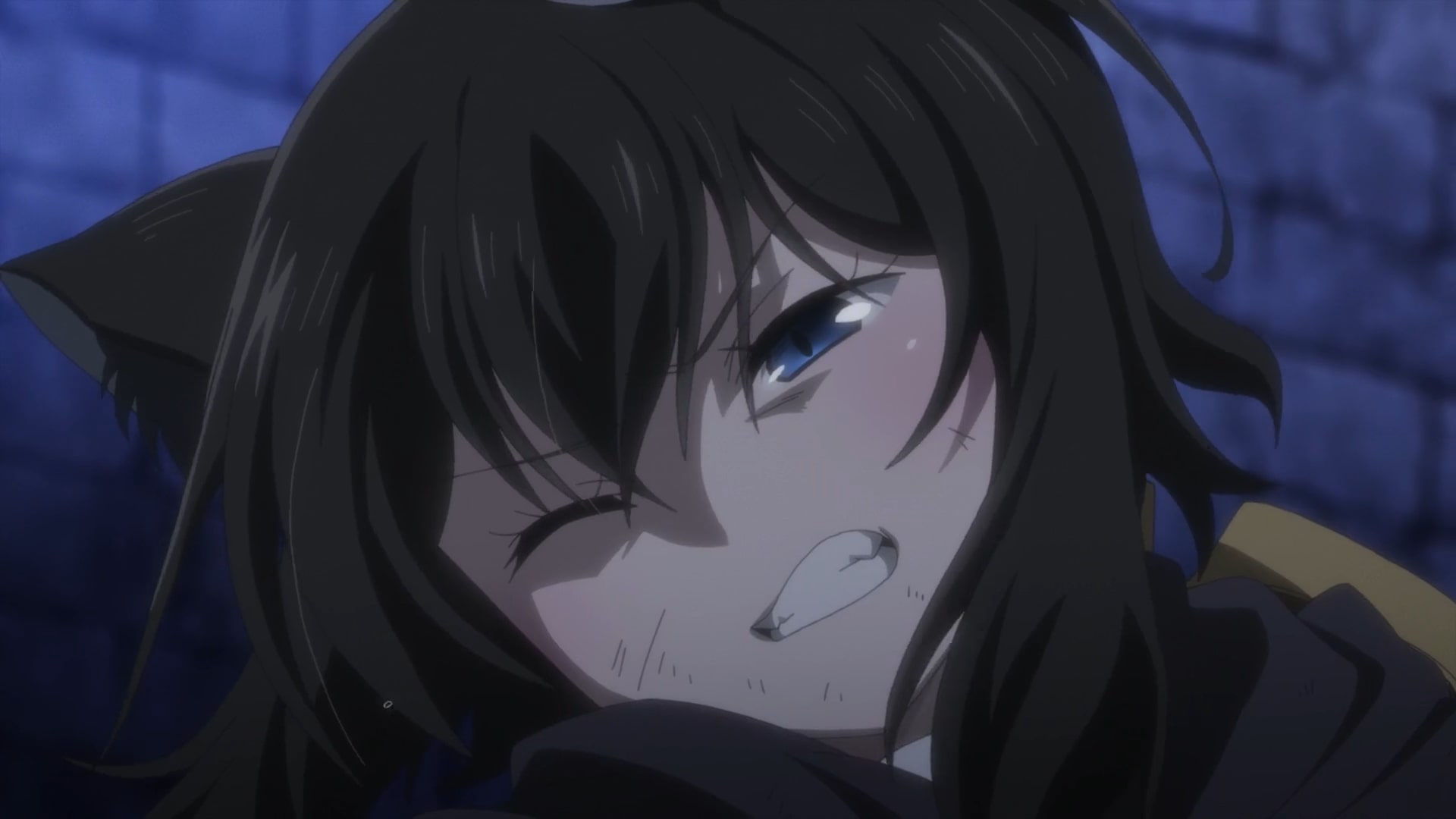 Since Teacher does not have much of an option, he decides to name the familiar Urushi. Luckily, this appears to have the desired effect and the Onyx Wolf calms down immediately. At one point when he was out of control, Amanda was about to kill Urushi as she saw him as a threat but Teacher used telepathy to talk to her and managed to convince her not to attack the Onyx wolf. However, this meant that he had a lot of explaining to do after he rescues Fran.

Reincarnated as a Sword Episode 11 Ending: How Does Teacher Save Fran From Trickster Spider?

Once Urushi has calmed down, Teacher orders him to use Fran’s body odor to find her before it’s too late. Urushi immediately springs into action and after holding Teacher in his mouth, he starts running deeper into the dungeon’s sixth floor. Amanda is quick on his feet and tries to keep up with the Onyx wolf putting all her faith in the possibility that he will somehow find Fran. Meanwhile, the Trickster Spider has viciously attacked Bert, Victor, and Fran. It does not take her much time to seriously injure all three of them. 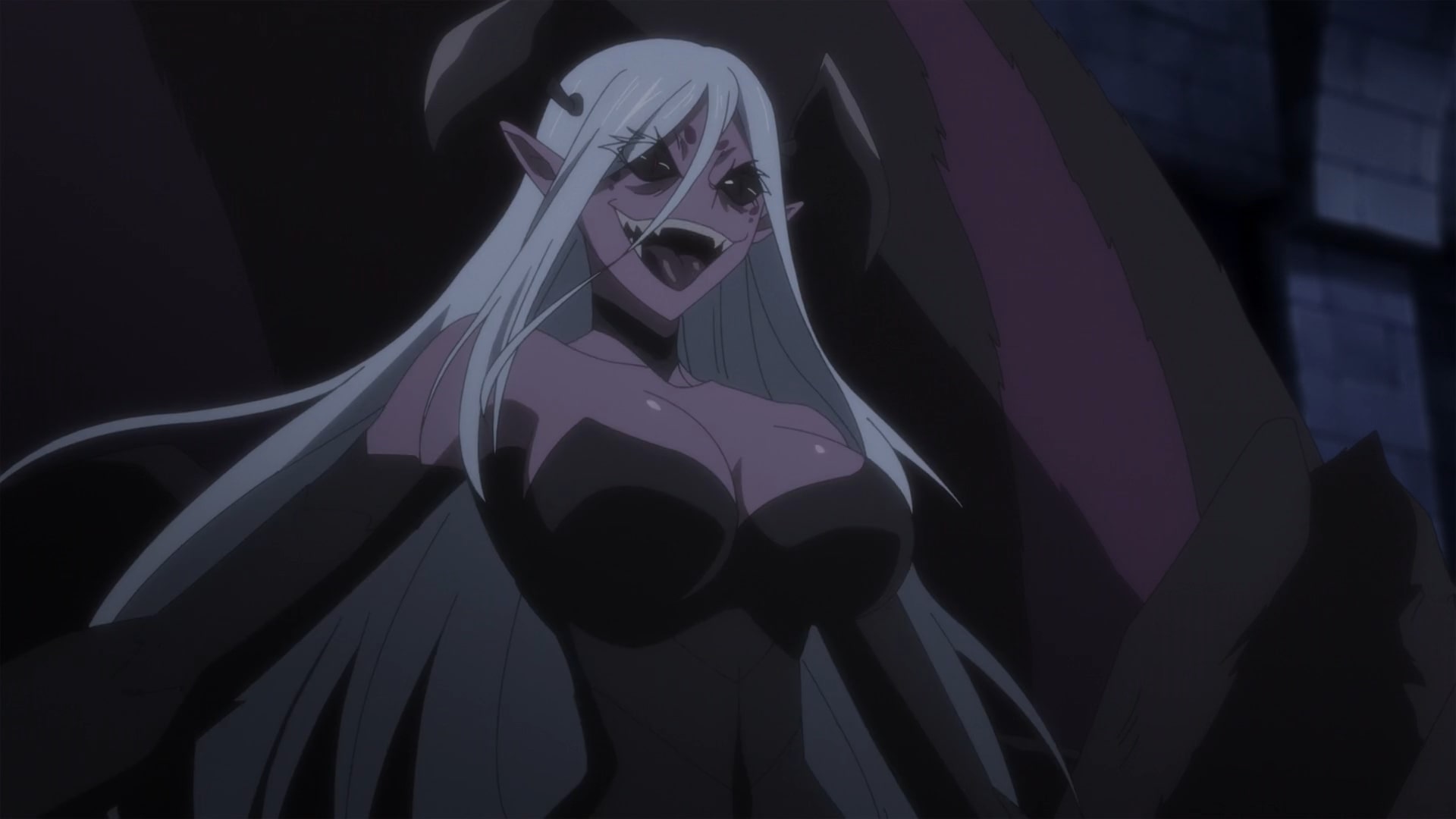 After getting beaten up brutally Bert and Victor can barely stand up to confront their enemy. Fran has been poisoned as well but recalls Teacher’s uplifting words that have always encouraged her to fight for herself. Despite the pain and agony, Fran lifts herself to her feet and announces to the Trickster Spider that she is a Black cat who will evolve one day. She engages in a brutal physical confrontation with the Trickster Spider after saving Bert and Victor who were buried under hundreds of spiders.

The duo sees Fran struggle for their lives before losing consciousness. Meanwhile, Urushi takes Teacher and Amanda to a wall just next to the hall where the fight between Fran and Trickster Spider is still ongoing. First Amanda uses Tornado Lance to dig a big enough hole in the wall so that the trio can go to the other side. But Teacher notices that there are too many spiderwebs on the other side and there is a good possibility that they will end up getting caught in that. 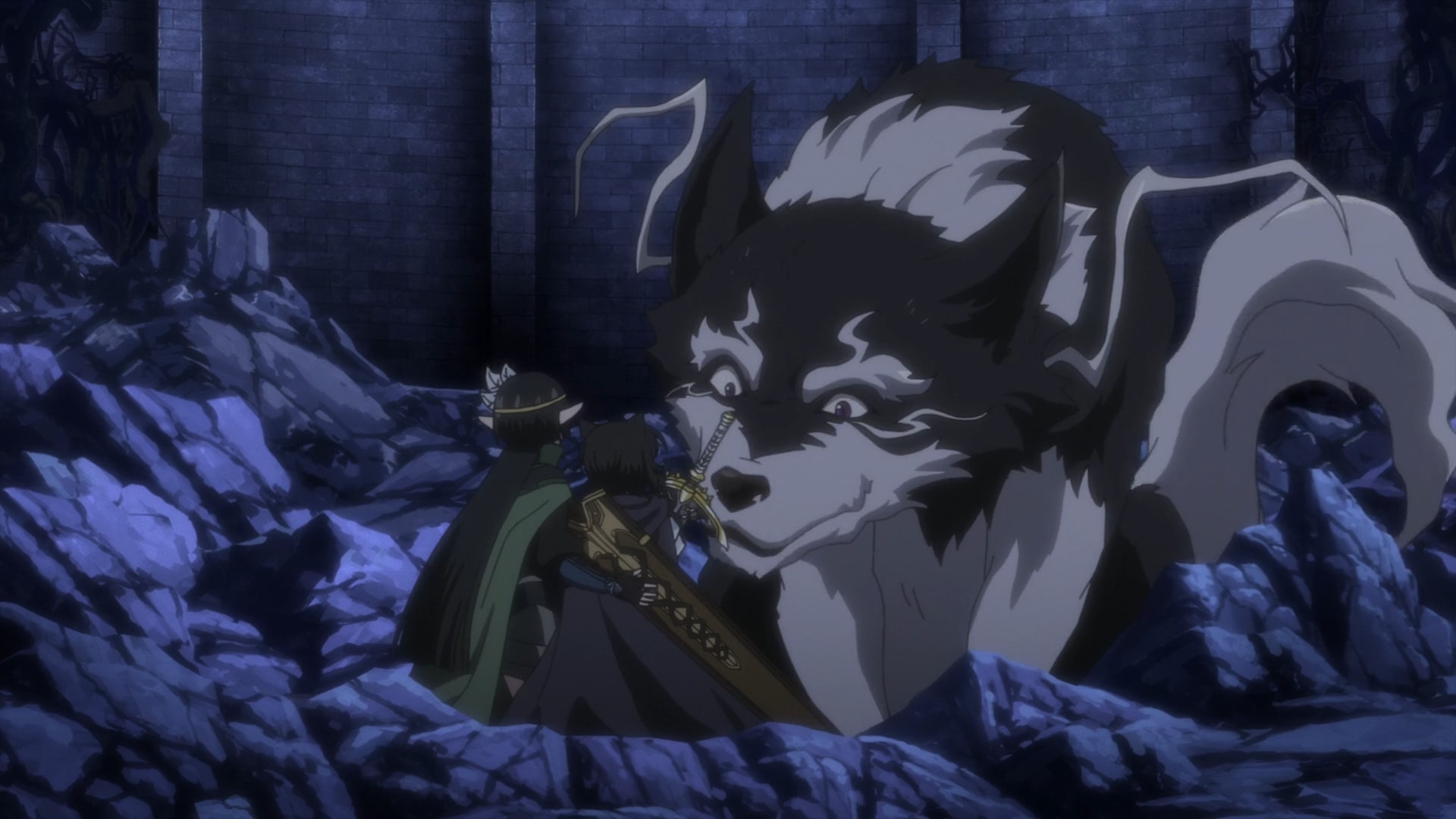 So he decides to use Elemental Sword Fire to clear a direct path but the attack is so powerful that he passes through all the obstacles and ends up stabbing the Trickster spider who runs away immediately to save her life. Teacher and Fran are jubilant to reunite again but they have to tell Amanda the truth about them now. After asking for Teacher’s permission, Fran tells Amanda that her sword is actually an intelligent weapon that not only helps her with strategies but also absorbs crystals and shares powers with her. The Rank A-adventurer is thrilled to learn Fran’s secret and celebrates the fact that she is safe.