Reincarnated as a Sword Episode 5 Recap and Ending, Explained 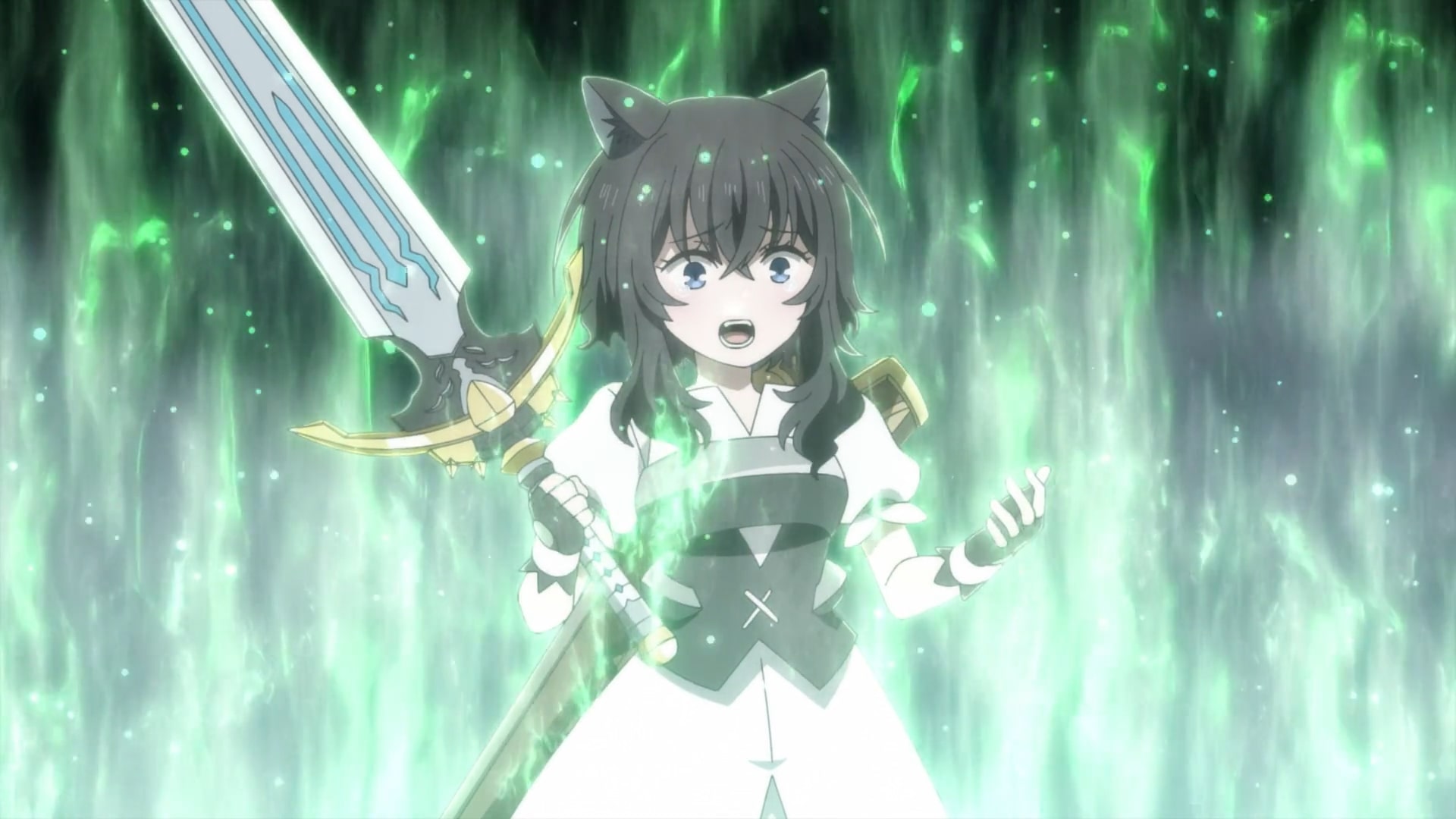 In ‘Reincarnated as a Sword’ or ‘Tensei shitara Ken Deshita’ episode 5 titled ‘The Feeble First Dungeon,’ the show follows Fran as she enters the dungeon with Teacher so that the threat of the Goblin stampede can be dealt with once and for all. Although the duo manages to kill the Goblin King and Queen, when they finally reach the deepest part of the dungeon, they find someone that they could have never imagined even in their wildest dreams. Here’s everything you need to know about the ending of ‘Reincarnated as a Sword’ episode 5. SPOILERS AHEAD!

Reincarnated as a Sword Episode 5 Recap

After clearing the entrance by killing several goblins and hobgoblins, Fran finally manages to enter the dungeon alone. Naturally, she is met with hordes of Goblins inside but Teacher tells her to kill only those who can provide them with crystals worthy of the trouble. Therefore, Fran selectively kills the dangerous hobgoblins in the path and continues to ignore the rest until she manages to make it to the part of the dungeon where the Goblin King and Queen are guarded by their army. 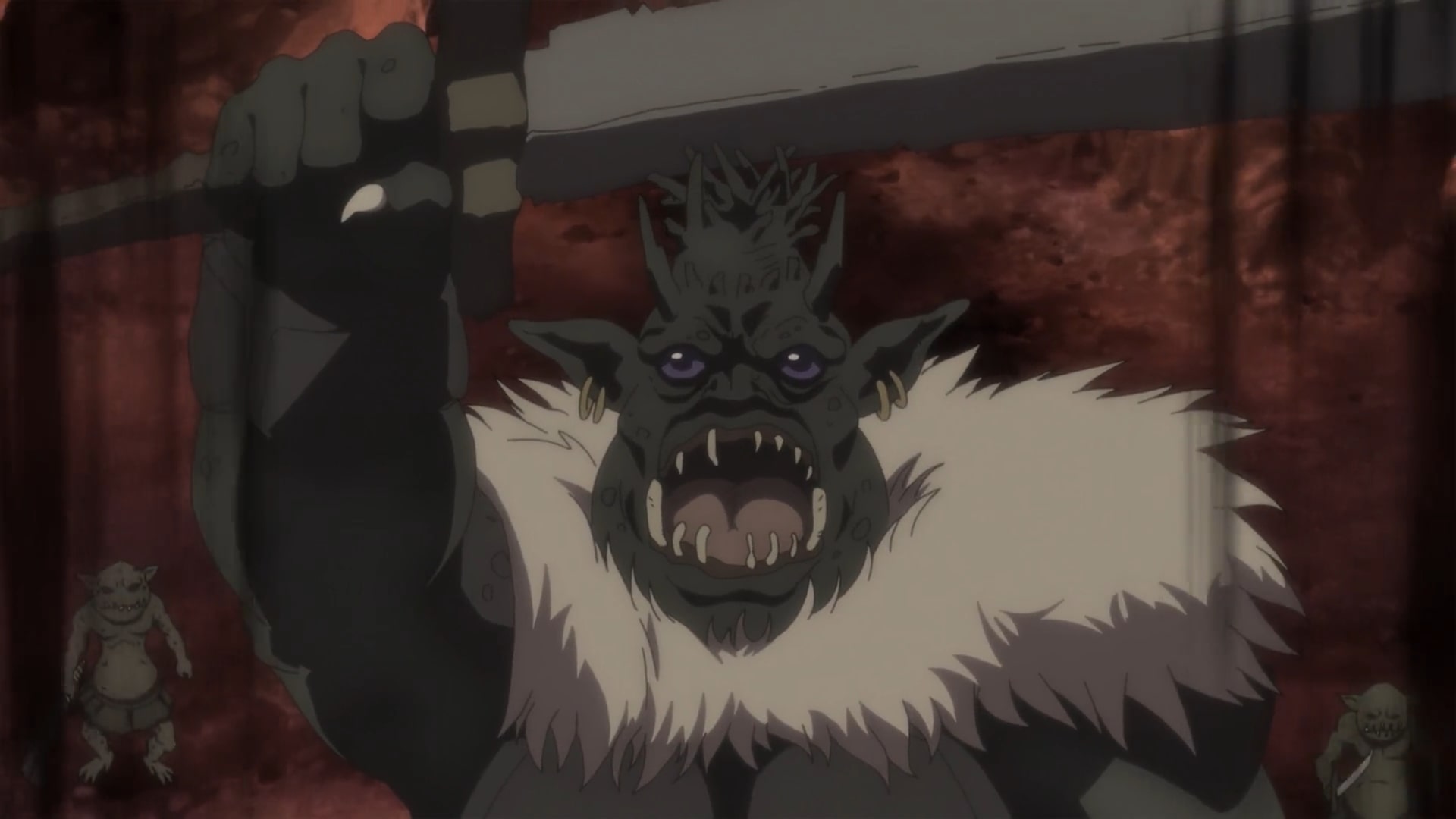 Teacher is extremely cautious and tells Fran that he will use a few long-range attacks to weaken the defense around Goblin King and Queen so that she can then use the opportunity to exterminate both of them at once. Unfortunately, his powers turn out to be too overwhelming and both of them die along with their small battalion of goblins by the long-range attack itself.

As they explore the dungeon even further, Fran finds another gate. Once she enters it with her magical sword, she is swarmed by countless bugs who continue to attack despite their best efforts. Ultimately, Teacher recognizes that the Army Beetles leader, who has been summoning more bugs and with the help of Fran manages to get rid of every single one of them for good.

Reincarnated as a Sword Episode 5 Ending: What Does Fran Find in the Deepest Part of the Dungeon?

After killing an army of bugs, Fran and Teacher notice another gate that leads to an even deeper part of the dungeon. Since they sense a strong mana presence inside, Teacher cast some buffs to prepare Fran for the upcoming challenge. He gives her a sensory boost, all resistance, a physical boost, and regeneration. While all of these upgrades are definitely required, when Teacher and Fran finally enter the deepest part of the dungeon, they are shocked to find a Greater Demon capable of destroying an entire nation. 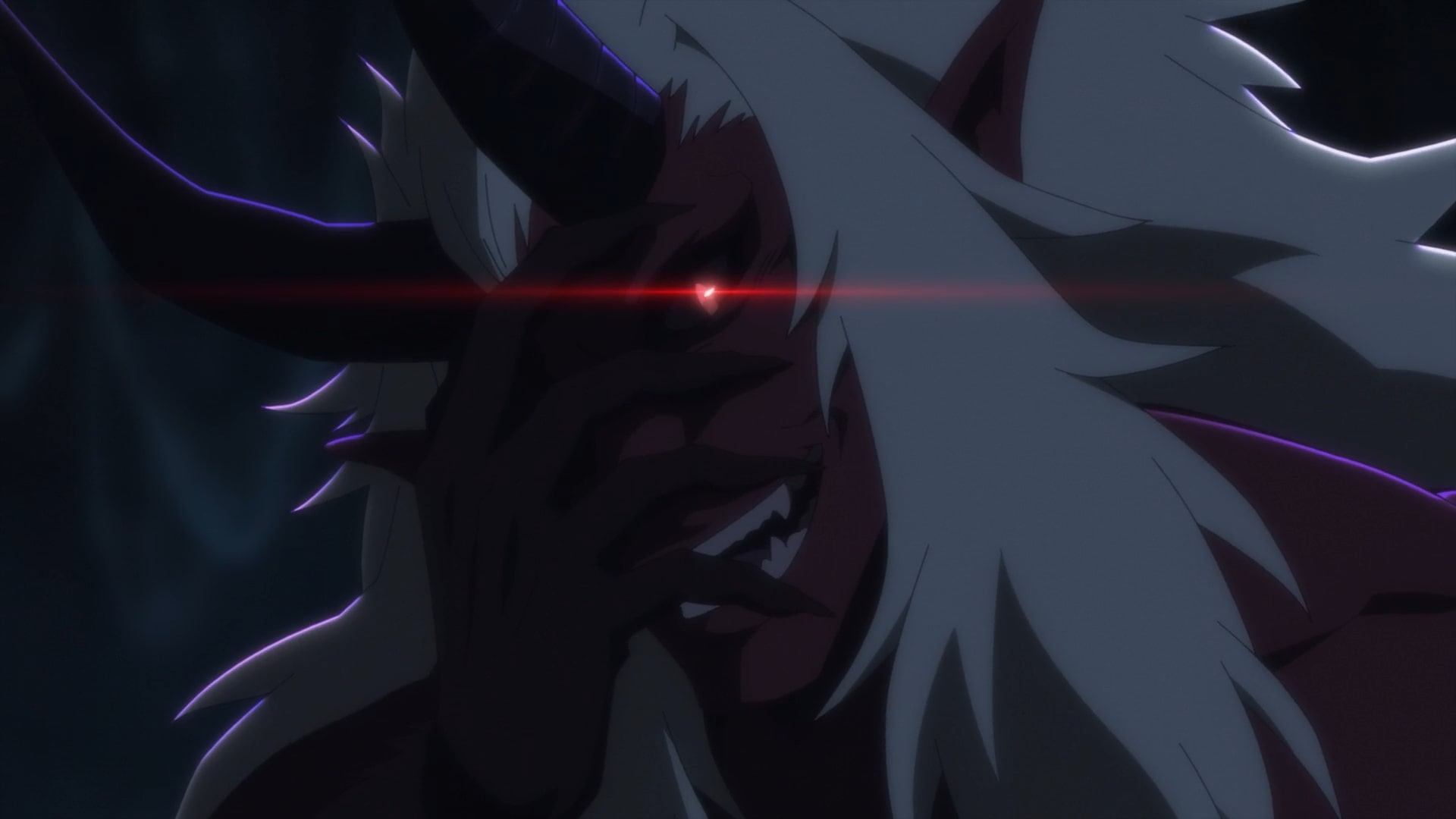 To make matters worse, he possesses dark magic and other extra skills that are still unknown to the Teacher. But interestingly, it is later revealed that a Goblin of level 11 is actually the dungeon master instead of the Greater Demon. He stands next to the dungeon core and complains about the fact that Fran killed his plans for the Goblin stampede along with the King and Queen. However, when he keeps nagging about the recent loss, the Greater Demon eventually loses his cool and intimidates him with a blast so that he lets him handle the situation from now on.

Does the Greater Demon Kill Fran? What Special Power Does He Use on Her?

Once the dungeon master has been forced to stop talking, the Greater Demon turns his attention to Fran to prepare for the battle. When the fight begins, Teacher informs Fran that her enemy’s sword has a high mana conductivity. Meanwhile, the Greater Demon also acknowledges the fact that Fran’s sword skills are definitely superior to his. However, he has far more experience and smartly lures his opponent into different traps before attacking surreptitiously. 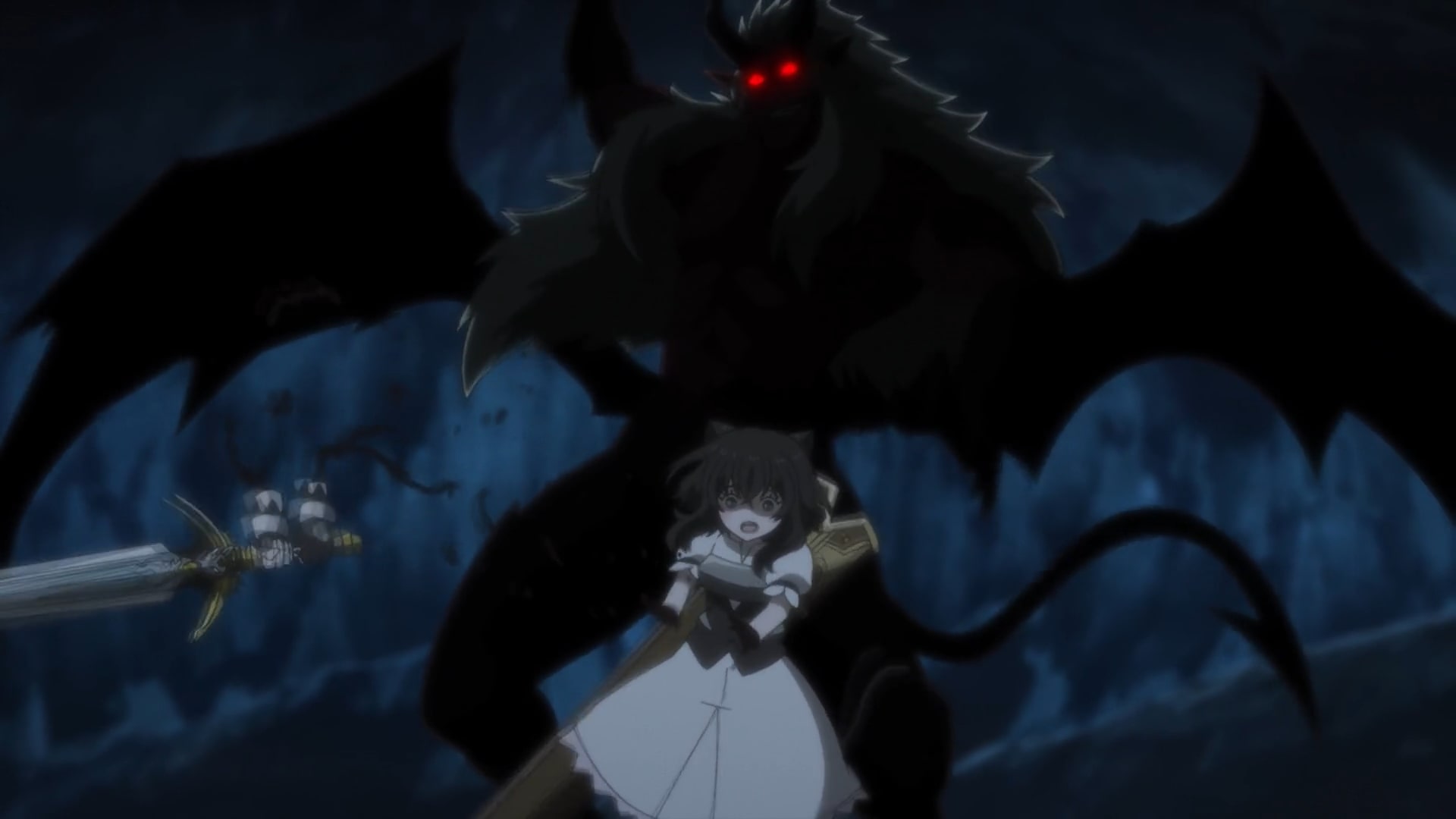 Fran struggles to keep up. Unfortunately, things only take a turn for the worse when the Greater Demon suddenly vanishes into thin air and appears in the very next moment behind Fran. Before she could do anything, the demon cut both of her arms and Teacher starts falling into the deep stone crevasses. At this moment it almost seems that the battle is over and the Greater Demon is going to kill Fran.

But a miracle happens as Teacher uses Parallel Thought to defend Fran at the very last moment. Using Fire Wall along with Telekinesis and Greater Heal, Teacher saves Fran’s life and stops the battle from ending. When the Greater Demon uses Shadow Magic to try and attack her, Fran not only defends herself but also manages to inject some Demonic Poisonous Fang into his bloodstream. Sadly, it has no effect on the demon. 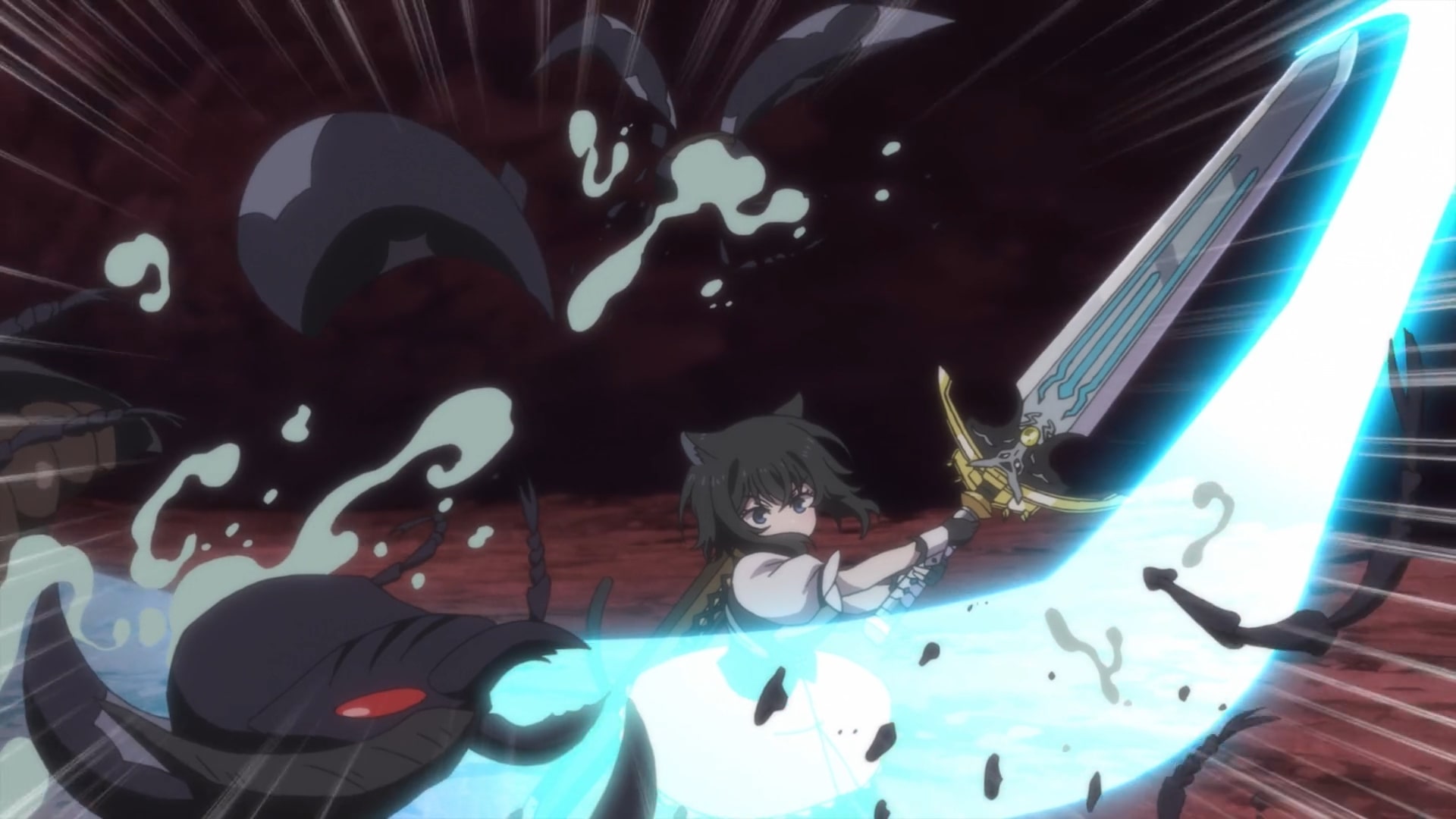 By this point, Teacher seriously starts considering using the teleportation feather and running away from the battle, but the Greater Demon has his own plans. He has noticed that Fran has been able to stay in the fight for this long only because of her superior sword skills. Therefore, he uses his extra skills named skill taker to steal her ability and makes it almost impossible for Fran to win the fight from here on.