Reincarnated as a Sword Episode 6 Recap and Ending, Explained 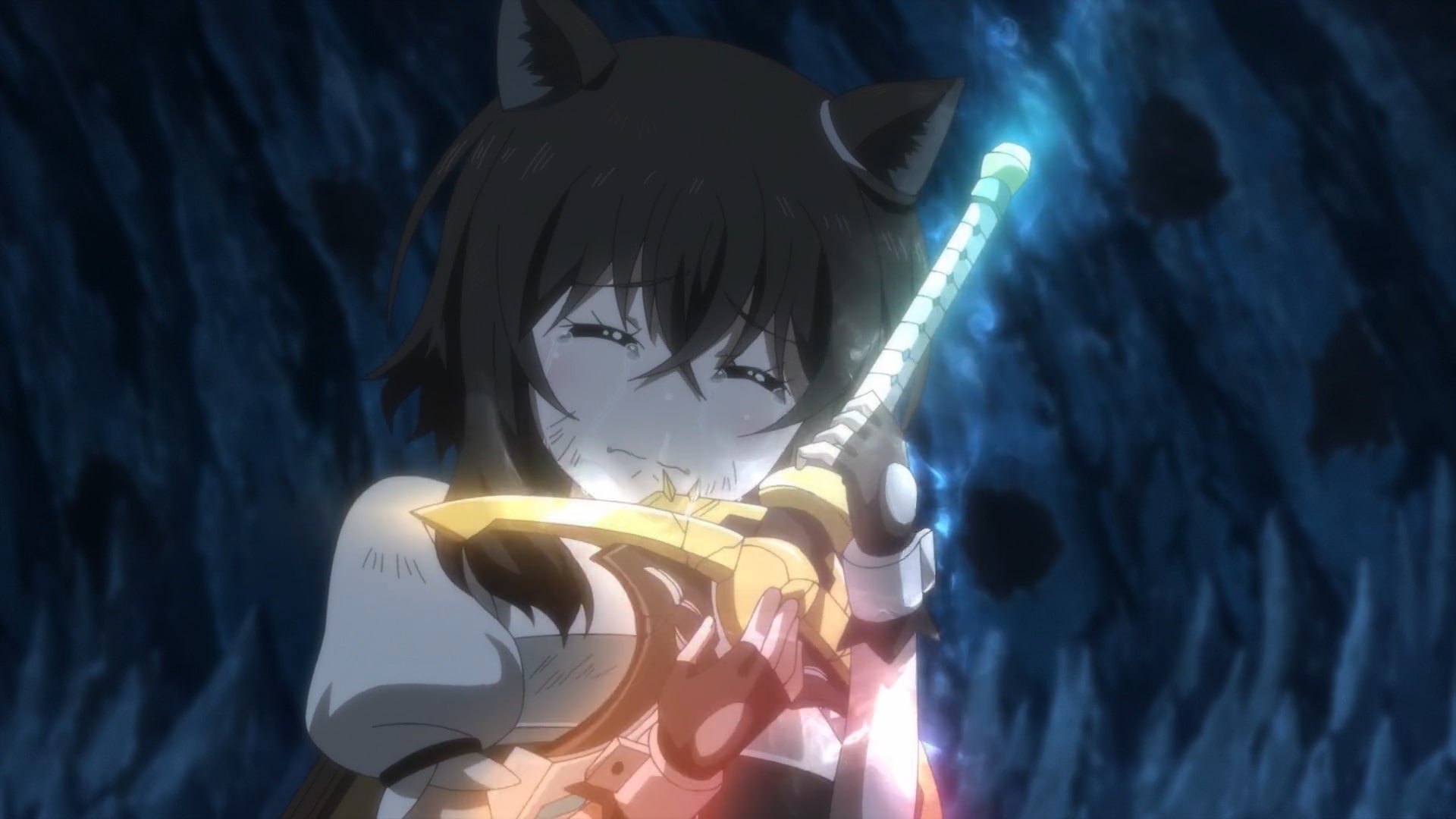 In ‘Reincarnated as a Sword’ or ‘Tensei shitara Ken Deshita’ episode 6 titled ‘The Greater Demon Cheated,’ the show primarily focuses on the ongoing battle between the Greater Demon and Fran. With the help of Teacher, the young Black Cat-girl puts up a great fight but the Greater Demon is relentless in his attacks and appears invincible. Eventually, Fran realizes something peculiar about the dungeon that leads to an important breakthrough that turns the tides of the battle. Here’s everything you need to know about the ending of ‘Reincarnated as a Sword’ episode 6. SPOILERS AHEAD!

Reincarnated as a Sword Episode 6 Recap

When the Greater Demon decides to use the skill-taker power on Fran, she does not see it coming. Her enemy knows that her sword skill has come between him and victory so far. But now he plans to take it from her so that the battle finally comes to an end. However, after using the skill-taker power, Greater Demon realizes that Fran continues to show the same agility and dexterity with her magic sword. 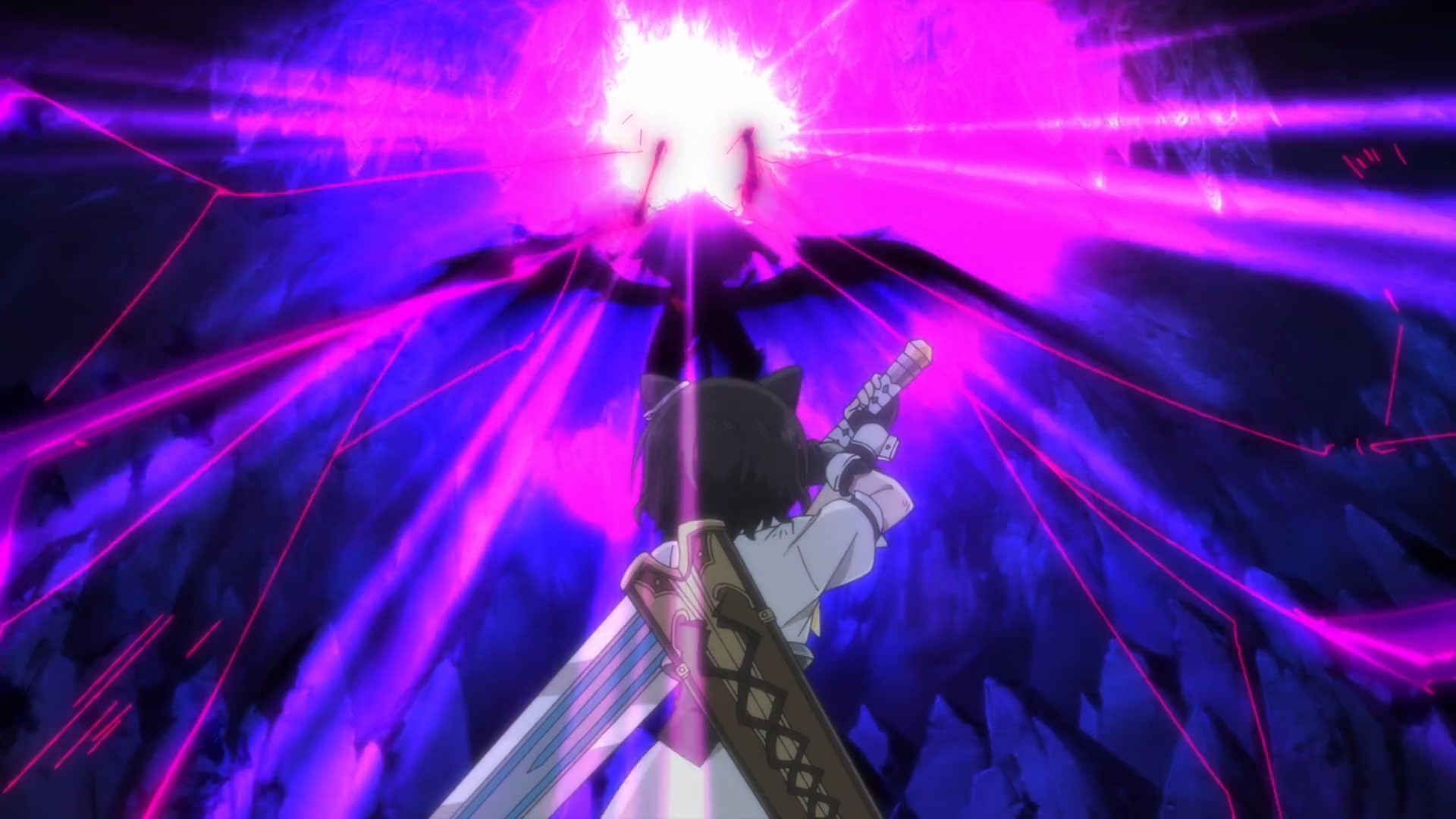 It turns out that the power does not work when a skill is borrowed, so the young Black cat girl is safe. Unfortunately, the Greater Demon has had enough by now. When the Dungeon Master tries to help him by summoning his best fighter Goblins, he casually proceeds to kill all of them at once without a shred of remorse. Since he no longer wants to stay in the dungeon, he decides to end the battle once and for all.

The Greater Demon then uses Darkness Voltccer which is so powerful that Fran barely manages to save her life. At this point, Teacher decides to take her to safety before something horrible happens. However, Fran is adamant that she wants to continue fighting till the end so the magical sword is forced to give her his powers to ensure that she has some chance against the Greater Demon.

Reincarnated as a Sword Episode 6 Ending: Are the Dungeon Master And the Greater Demon Dead? 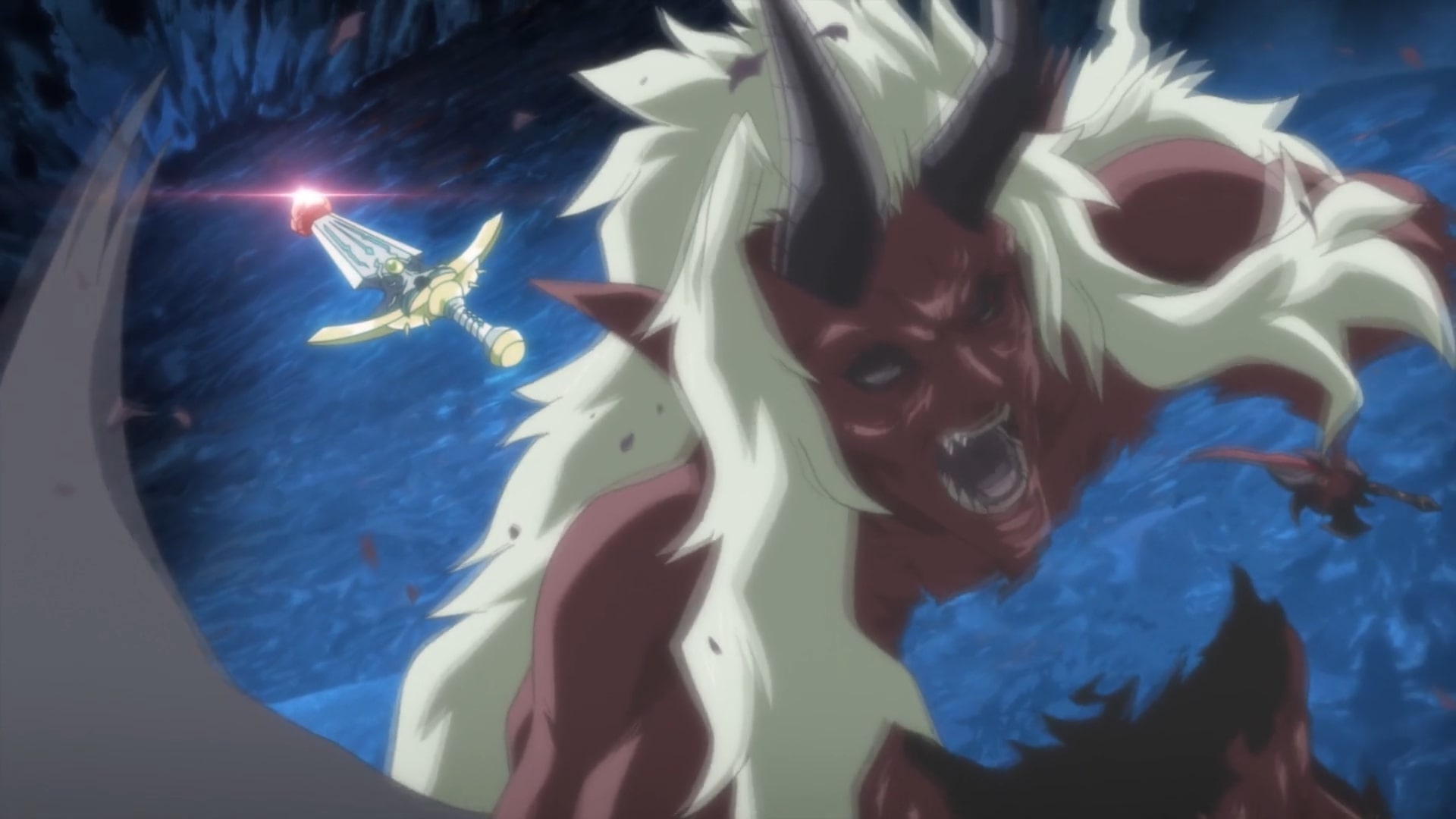 As he had expected, the Greater Demon puts his own body on the line to protect the former. That’s when Fran also realizes what’s happening. Before the battle against the Goblins began, she had asked Donadrond about what happens when the Dungeon Master himself is defeated. Interestingly, the highly-ranked adventurer had told her that the activities inside the dungeon immediately come to a halt in such a scenario and the monsters inside also perish. Fran realizes that she has been fighting the wrong person all this time. Teacher adds another interesting point that if they manage to defeat the Dungeon Master then the Greater Demon summoned by him will be disabled too.

Therefore, the duo uses the Fire Arrow and Fire Javelin attack to take down the former but the latter intervenes and uses a protective shield to save the other. At this point, Teacher and Fran both know that they won’t win like this. So, the former suggests an interesting plan and the latter immediately agrees. Teacher has studied Greater Demons’ movements so far and had concluded that there is a three-second gap in which he recharges his mana after casting magic spells. He plans to use that to his advantage and asks Fran to throw him in his direction with Wind magic. Fran knows that she can’t defeat him in her present state, so she listens to her magical sword and throws him in the Dungeon Master’s direction. 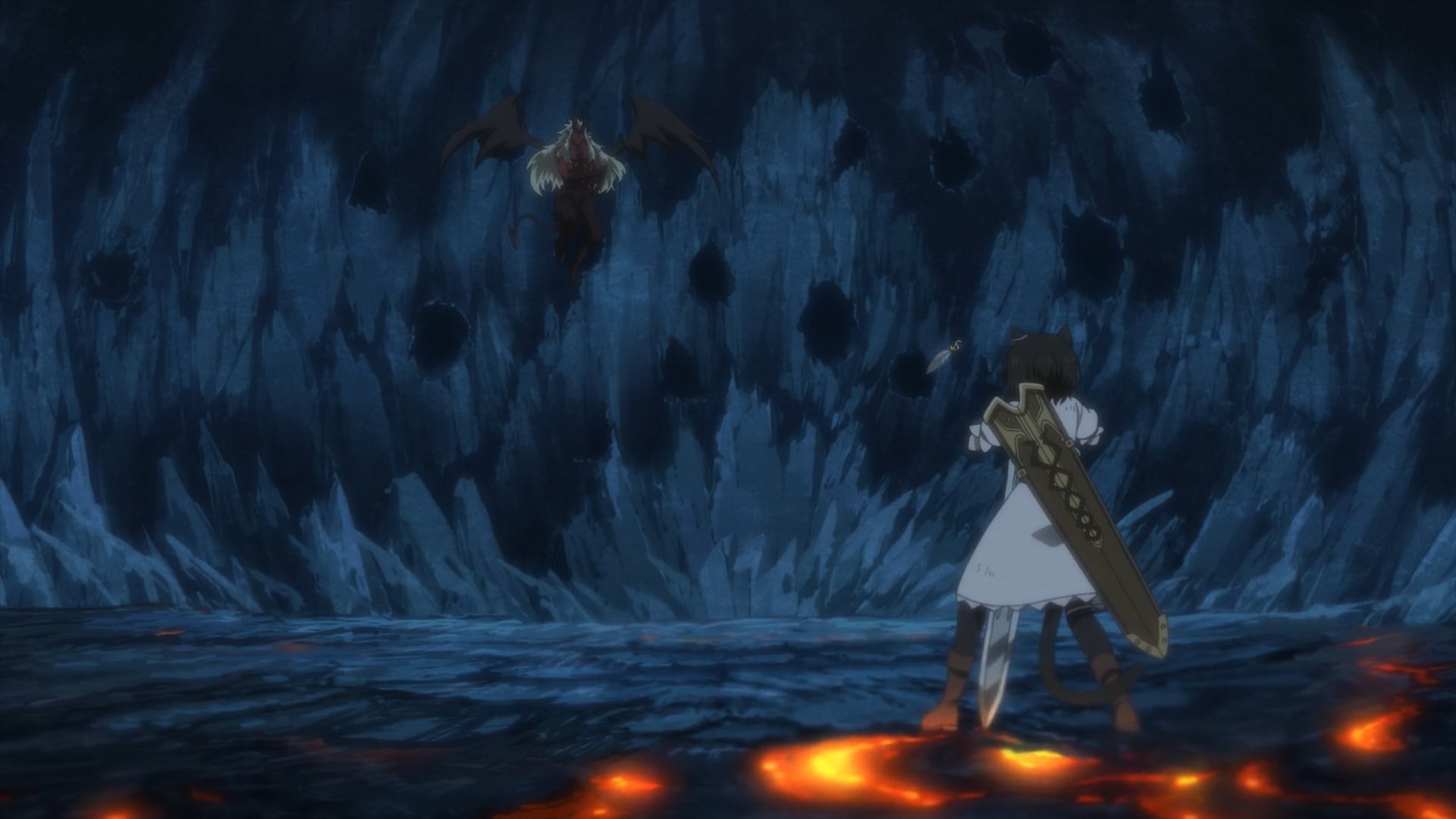 As Teacher is getting closer to Dungeon Master, the Greater Demon tries to protect him by casting a magic spell. But Teacher expected that and changes his direction at the last moment. He suddenly turns towards the Greater Demon himself and manages to penetrate the crystal embedded in his chest. Although he tries to fight back, the Greater Demon dies moments later but the magic swords also break into pieces in the process. However, using the crystal he just acquired, Teacher manages to recover in just a few moments. Fran then proceeds to corner and attack the Dungeon Master who is too weak to defend himself. She manages to kill him without breaking a sweat and just as Donadrond had predicted, all activities in the dungeon suddenly come to a halt.