Reincarnated as a Sword Episode 7 Recap and Ending, Explained 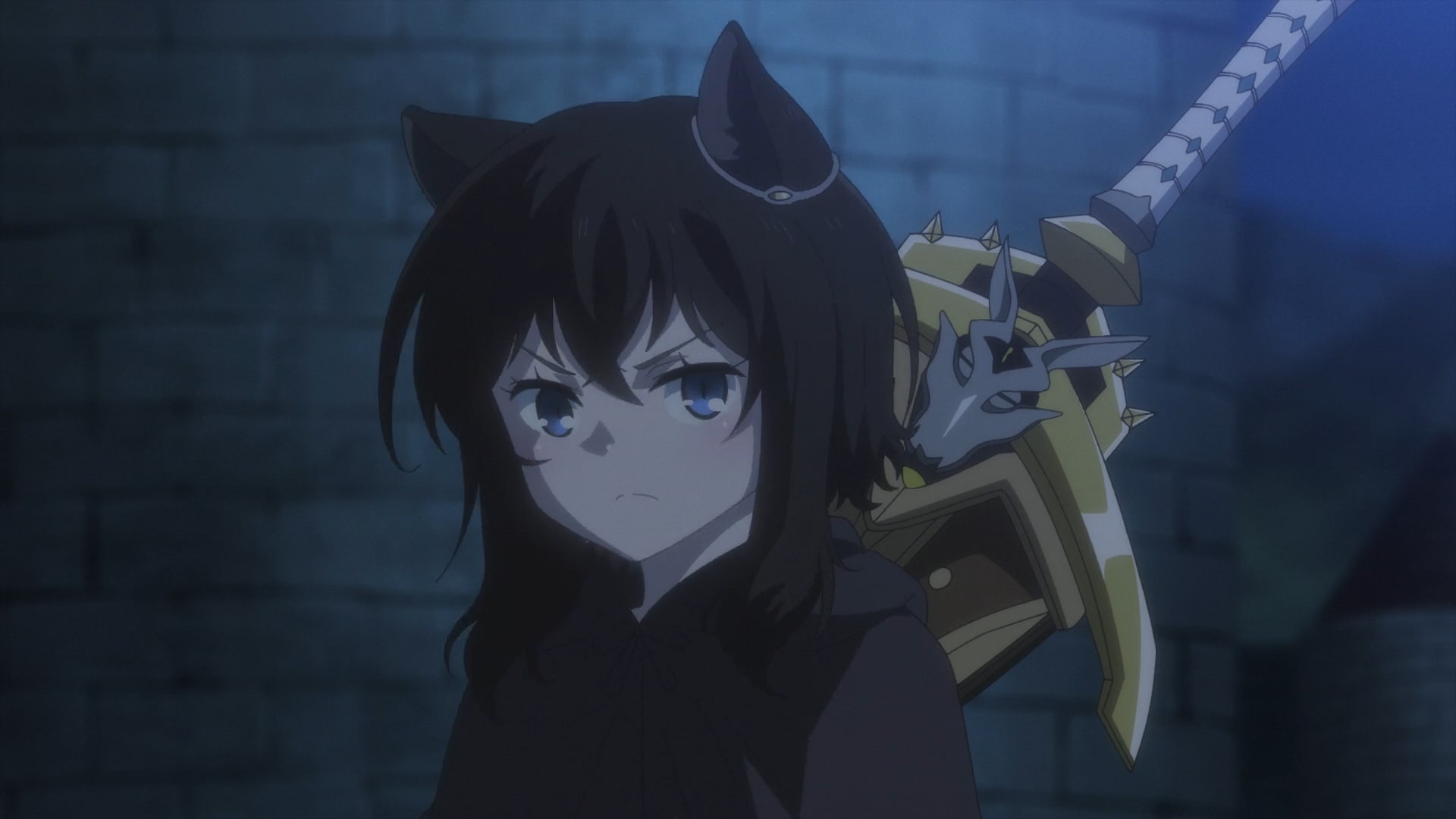 In ‘Reincarnated as a Sword’ or ‘Tensei shitara Ken Deshita’ episode 7 titled ‘The Horrible Lieutenant of the Knights Brigade,’ Fran meets August Allsand the Vice Captain of the Alessa Knights and steals his special ability. She is also rewarded with a rank upgrade and gives her fellow adventurers a treat for fouling the Goblin stampede. However, Fran later learns that taking away August’s Falsehood skill has far-reaching consequences. Here’s everything you need to know about the ending of ‘Reincarnated as a Sword’ episode 7. SPOILERS AHEAD!

Reincarnated as a Sword Episode 7 Recap

After managing to defeat the Greater Demon and the Dungeon Master, Fran meets Klimt who congratulates and thanks her for her contribution to fighting the Goblins. When Fran denies that she does not know anything demon’s crystal, August Allsand, the vice-captain of Alessa’s knights suddenly barges into the office and claims that Fran is lying. It turns out that he has a special ability known as Falsehood that supposedly grants him the power to detect lies. 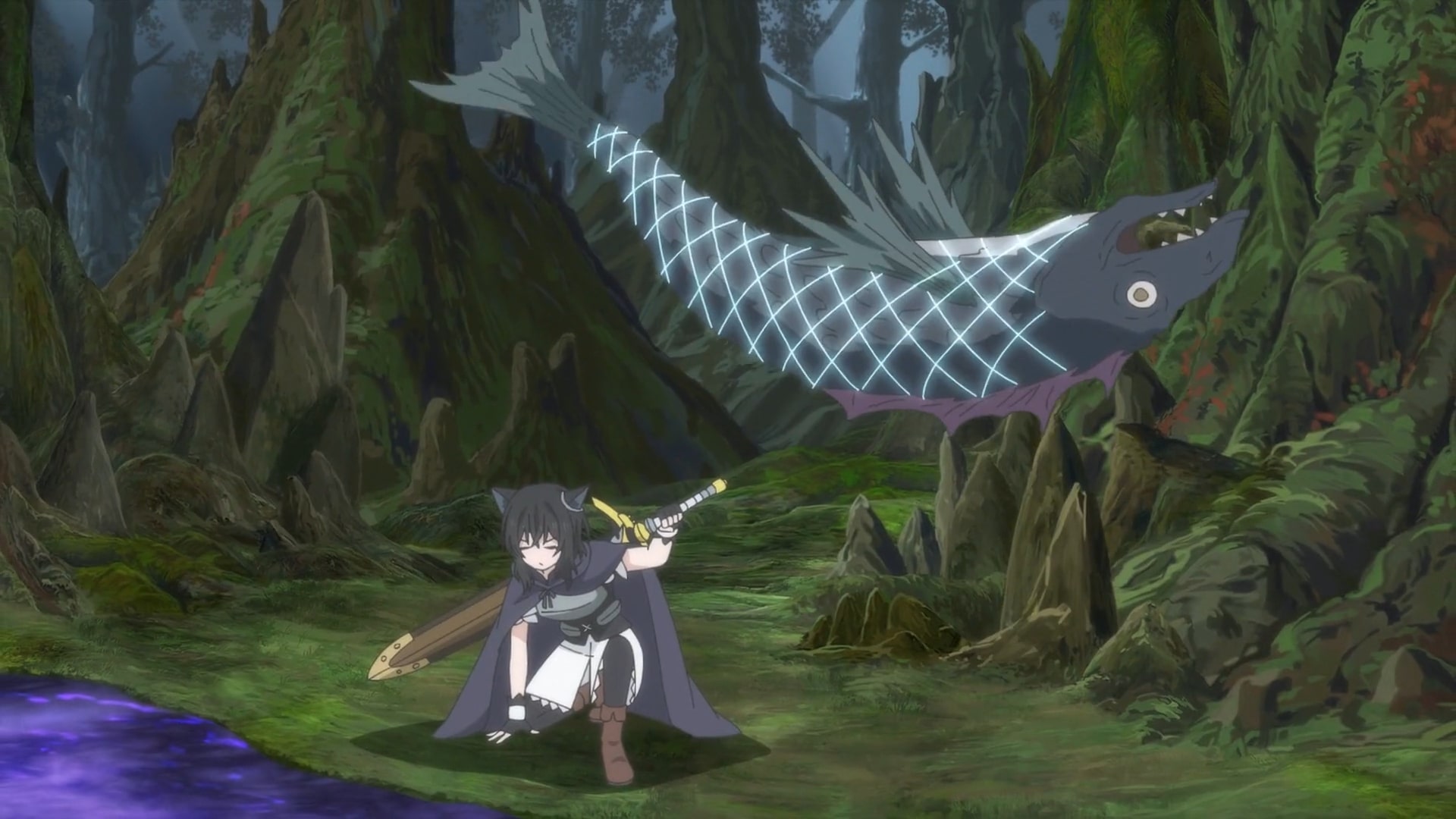 Teacher sees this as a great opportunity to use the Skill Taker technique that they recently acquired and asks Fran to steal August’s skills Falsehood and Etiquette. Once he loses his ability the Vice Captain of the Alessa Knights is unable to pressure Fran to find the truth about the demon’s crystal. When he is gone after embarrassing himself, Fran learns that he has been promoted to rank D thanks to her recent achievement. In addition to this, she also gets a reward and payment.

Later that evening, Teacher suggests to Fran that they should use their monetary reward to give a treat to the adventurers that fought against the Goblins alongside them. Fran naturally does not decline such a kind request and everyone celebrates the fact that they fouled the dangerous Stampede. That night Teacher has a very strange dream where he sees himself getting reincarnated. The following day Fran and Teacher continue their journey and the former complete various quests as an adventurer. 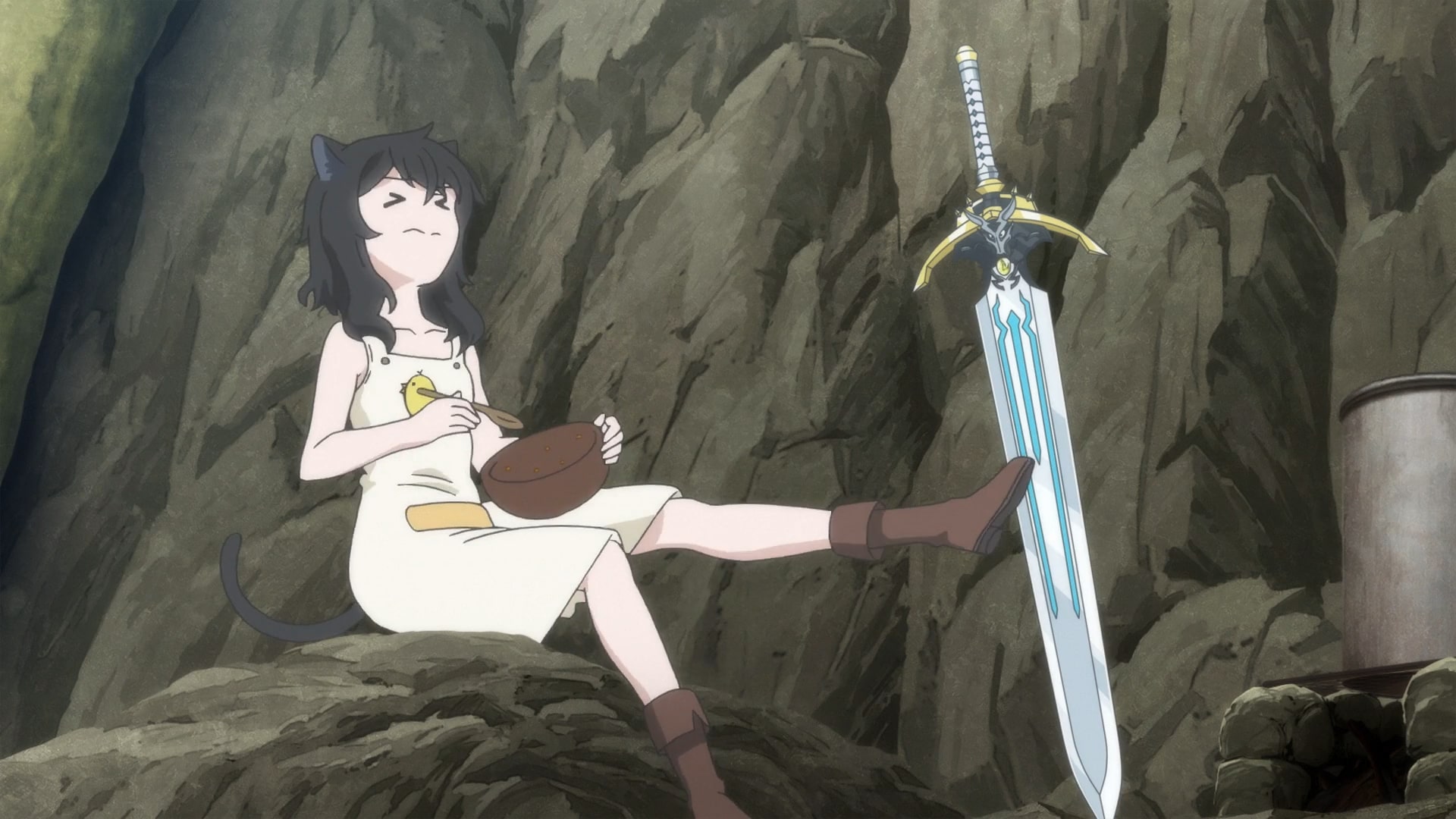 Since they travel so much, the latter decides to make cooking arrangements using dimensional storage space so that they never run out of delicious food while they are living in the wild. Teacher even cooks different kinds of curries for Fran and she falls in love with them. Therefore, he comes up with a plan to store curry in the dimensional storage space to ensure that Fran always has something to eat.

Reincarnated as a Sword Episode 7 Ending: Why is August Allsand Looking for Fran? Who Are the Blue Cats?

Fran has been out of Alessa Kingdom on different quests for almost a week and is completely clueless that a lot has changed in the meantime. When she finally returns one evening, she is greeted by the gatekeeper who informs her that Viscount Allsand or August Allsand has been looking out for her lately. It turns out that he embarrassed himself in front of the royalty and ended up upsetting his father Count Holmes in the process. 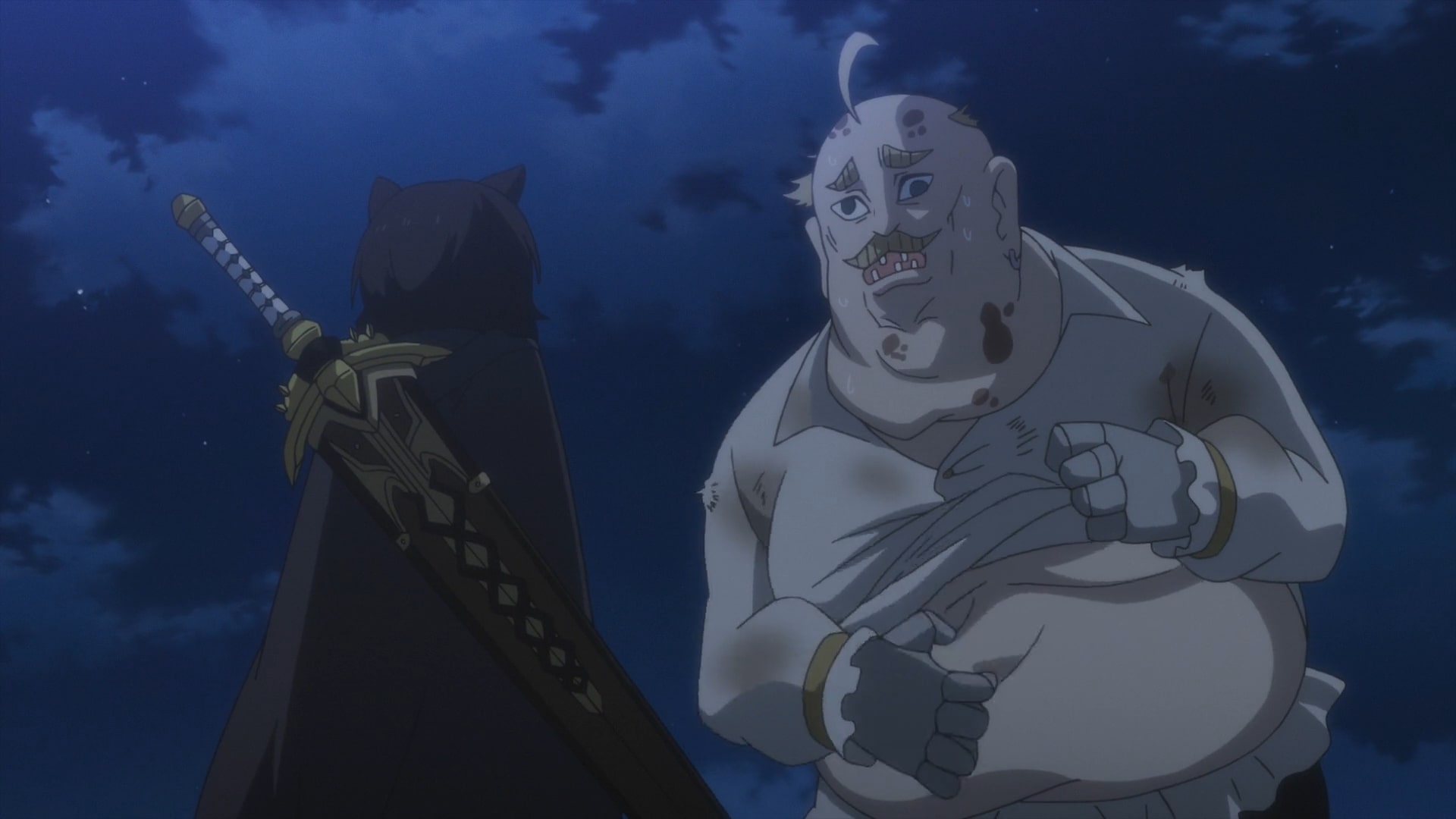 The guard suspects that he is driven to desperation for some inexplicable reason and warns Fran that there are some terrible rumors about him in the recent past. Therefore, he tells her to be very careful from now on and avoid any trouble. As Fran is walking through the market, Teacher argues that the Vice Captain of the Alessa Knights embarrassing himself in front of the royalty may have something to do with them using the Skill Taker on him.

Just when the duo is discussing this, Teacher realizes that they are being followed and informs Fran. He tells her to go to an isolated place so that they can deal with their stalker for good. However, when they eventually reach a quiet area, Fran and Teacher are shocked to learn that they have been followed by August Allsand all this time. He is in such a terrible shape that Fran initially fails to recognize him and thinks that she is actually faced with a real-life zombie.

August accuses Fran of ruining his life by using a curse on him and is determined to take revenge. Although Fran tries to dismiss the claim that the two have met in the past the Vice Captain of the Alessa Knights eventually confirms Fran’s identity because of her magical sword. He vows to not forgive her and goes as far as demeaning her people. 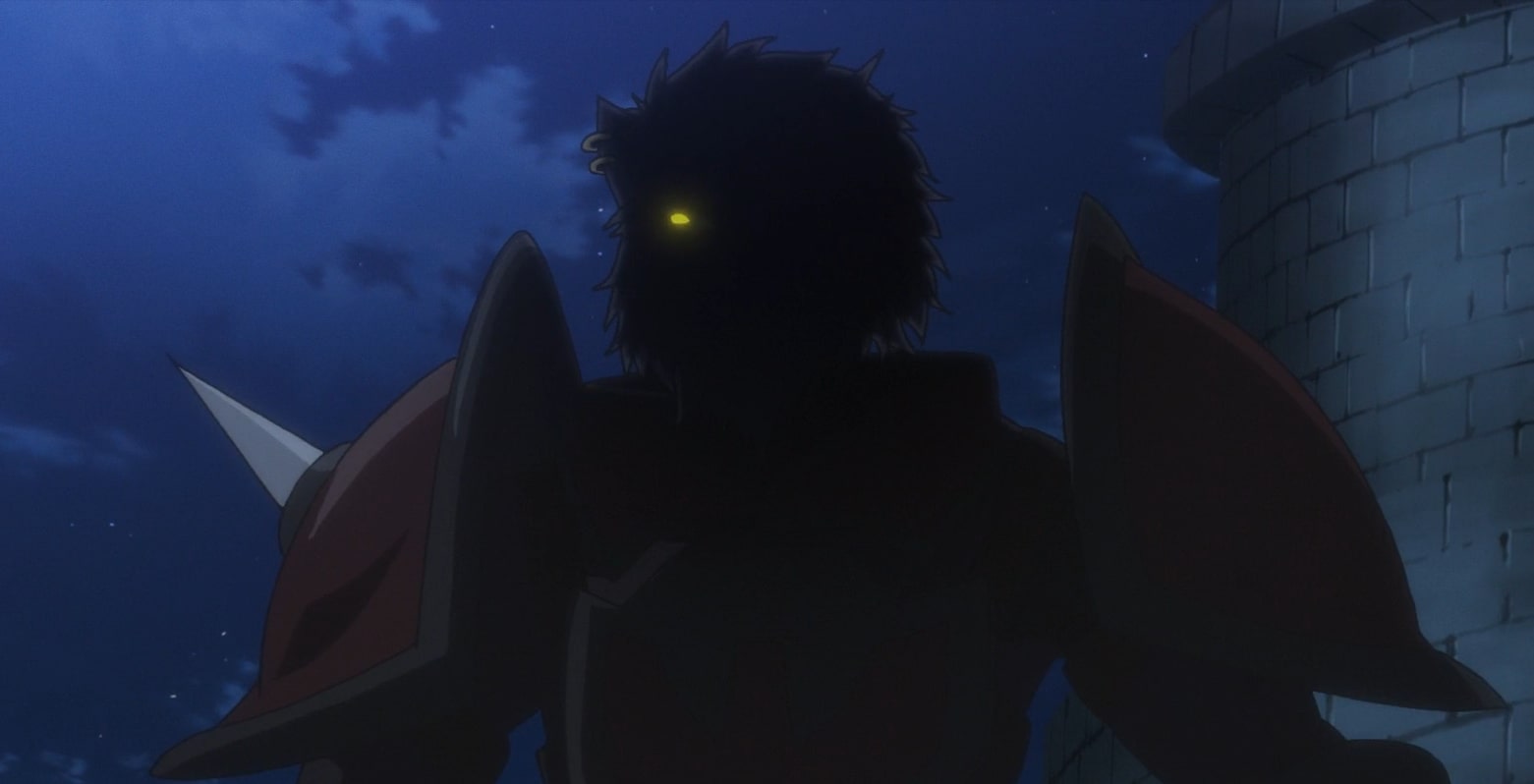 Viscount Allsand then calls Gyuran, an assassin he has supposedly hired to deal with Fran. When the mysterious creature finally reveals himself, Fran is shocked as she realizes that he is a Blue Cat who are the sworn enemies of the Black Cats. It appears that Gyuran has previously been involved in something sinister while dealing with Black Cats as he obviously looks down on Fran and confesses that he knows a well-practiced way of dealing with her kind.