Reincarnated as a Sword Season 1 Finale Recap and Ending, Explained 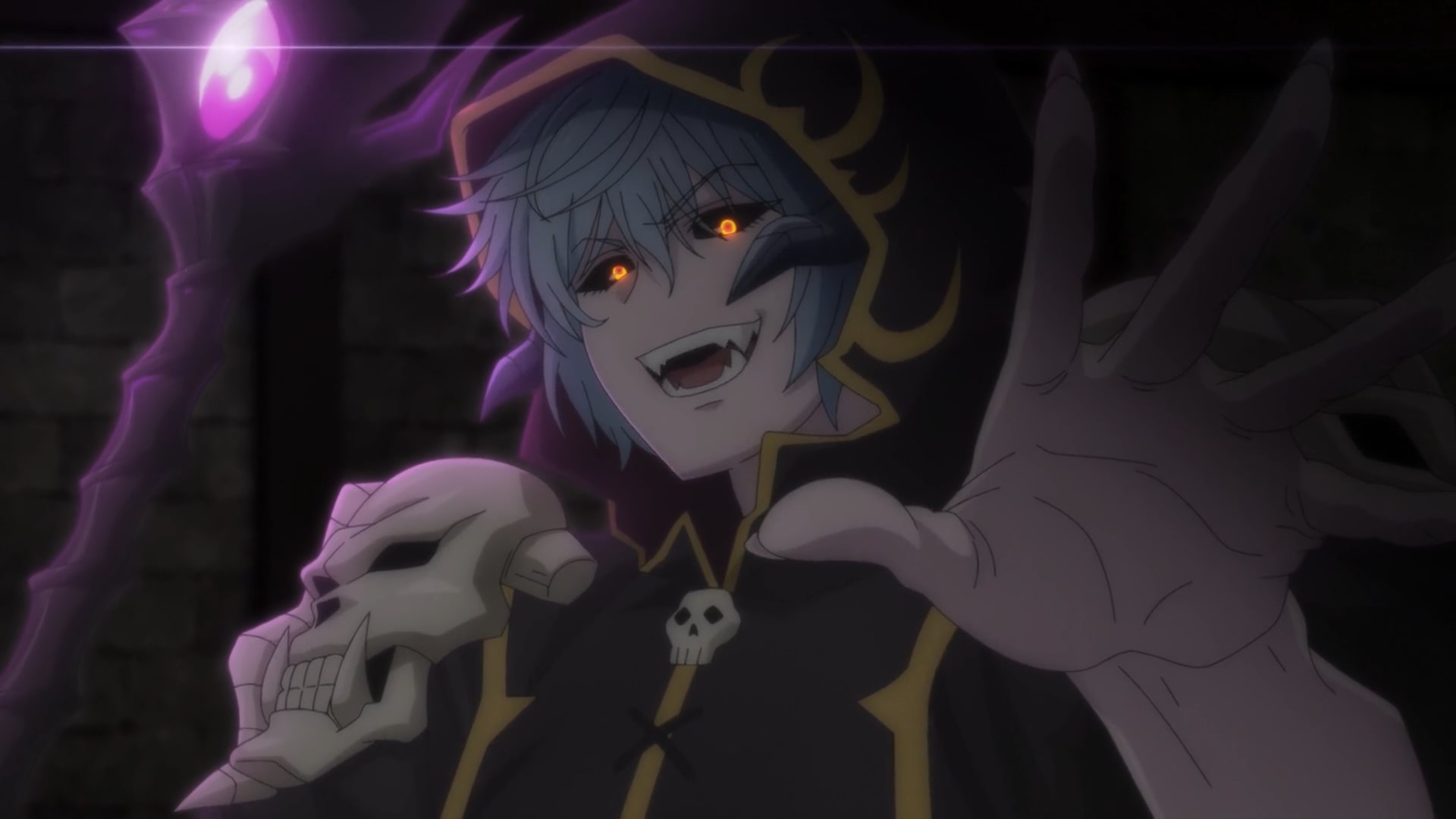 In ‘Reincarnated as a Sword’ or ‘Tensei shitara Ken Deshita’ episode 12 titled ‘An Excited Fran Sets Off,’ the adventurers continue to struggle in the dungeon until the Trickster Spider is killed by Amanda. Fran reminds the A-rank adventurer of Kinan and Flamia, two black cats who were under her care until they decided to find their own way in order to evolve. Meanwhile, Furon visits Klimt’s office to give his own report of the dungeon mission. Here’s everything you need to know about the ending of ‘Reincarnated as a Sword’ episode 12. SPOILERS AHEAD!

After Fran is saved by Teacher, Urushi, and Amanda, the four of them start looking for the other adventurers. That’s when they come across the Guardian Spirit, Tarua who supposedly guides them to their companions. In the meantime, the adventurers have been fighting hard against the spiders but were losing the battle. When Amanda and Fran arrive there, they quickly turn the table with Teacher and Urushi’s help. 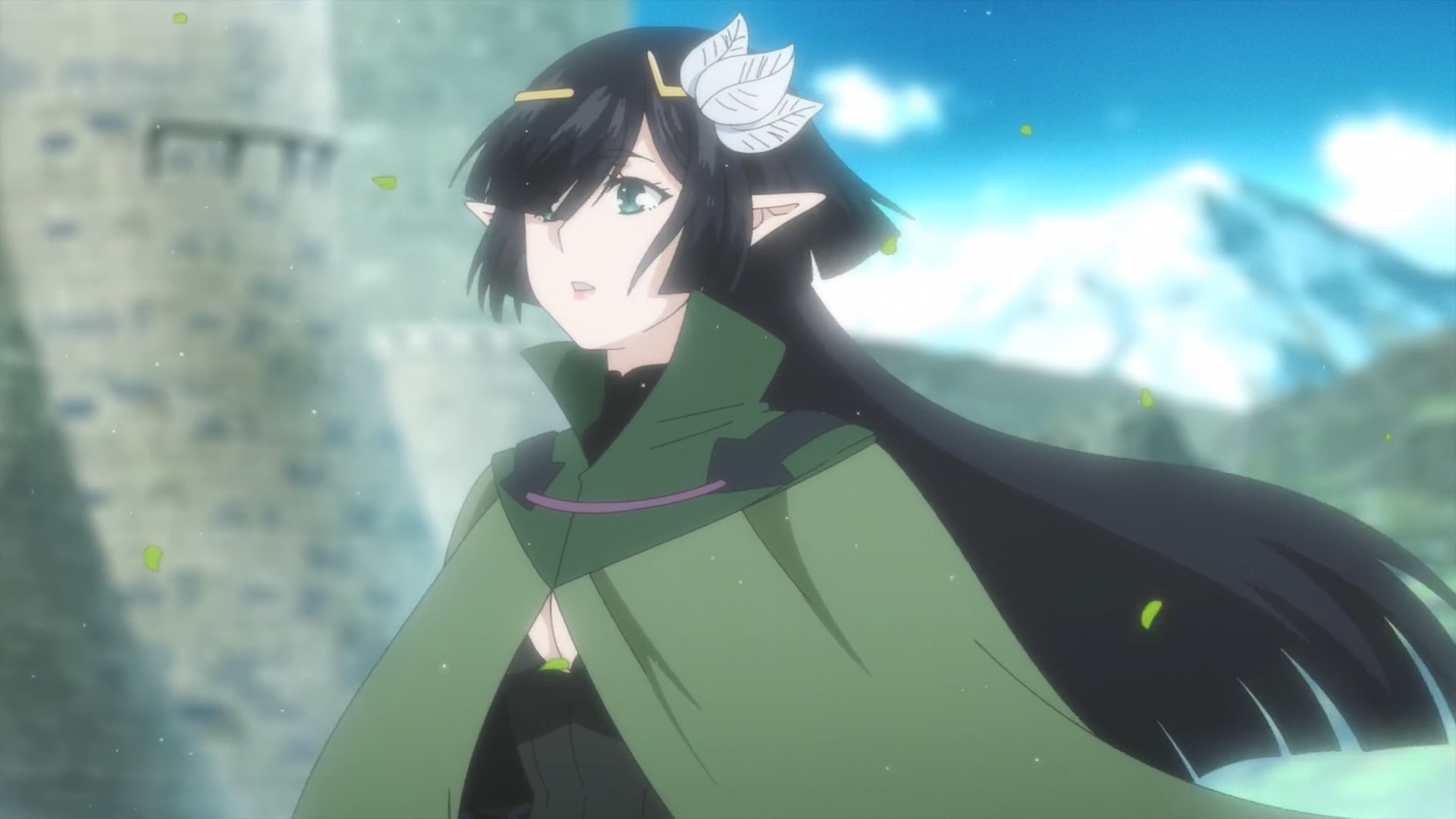 The Trickster Spider also shows up and Fran tries to take her on to settle the score. This turns out to be a bad move on her part, as the Trickster Spider surprises her with her strength. When Amanda sees Fran fall, she couldn’t keep her emotions in check. She uses her powers to kill the Trickster Spider so mercilessly that even her crystal is not found afterward. Once the dungeon has been secured, the adventurers find large amounts of crystals inside which are collected for the Alessa Guild.

After Fran returns to Alessa, she meets Gallus who has made extraordinary armor for her. After trying it, Fran is confident that it will be quite useful in combat. Now that she has received permission from Klimt to explore the Ulmutt dungeon, she says goodbye to everyone and leaves Alessa to embark on her next mission.

Reincarnated as a Sword Season 1 Finale Ending: Who Were Fran’s Parents?

Back in the dungeon when Fran was hit by the Trickster Spider, Amanda suddenly recalled the two black cats, Kinan and Flamia, who once were under her care. They eventually wanted to become adventurers but Amanda never taught them to fight as she felt that staying away from such a job will ensure a longer life for them. 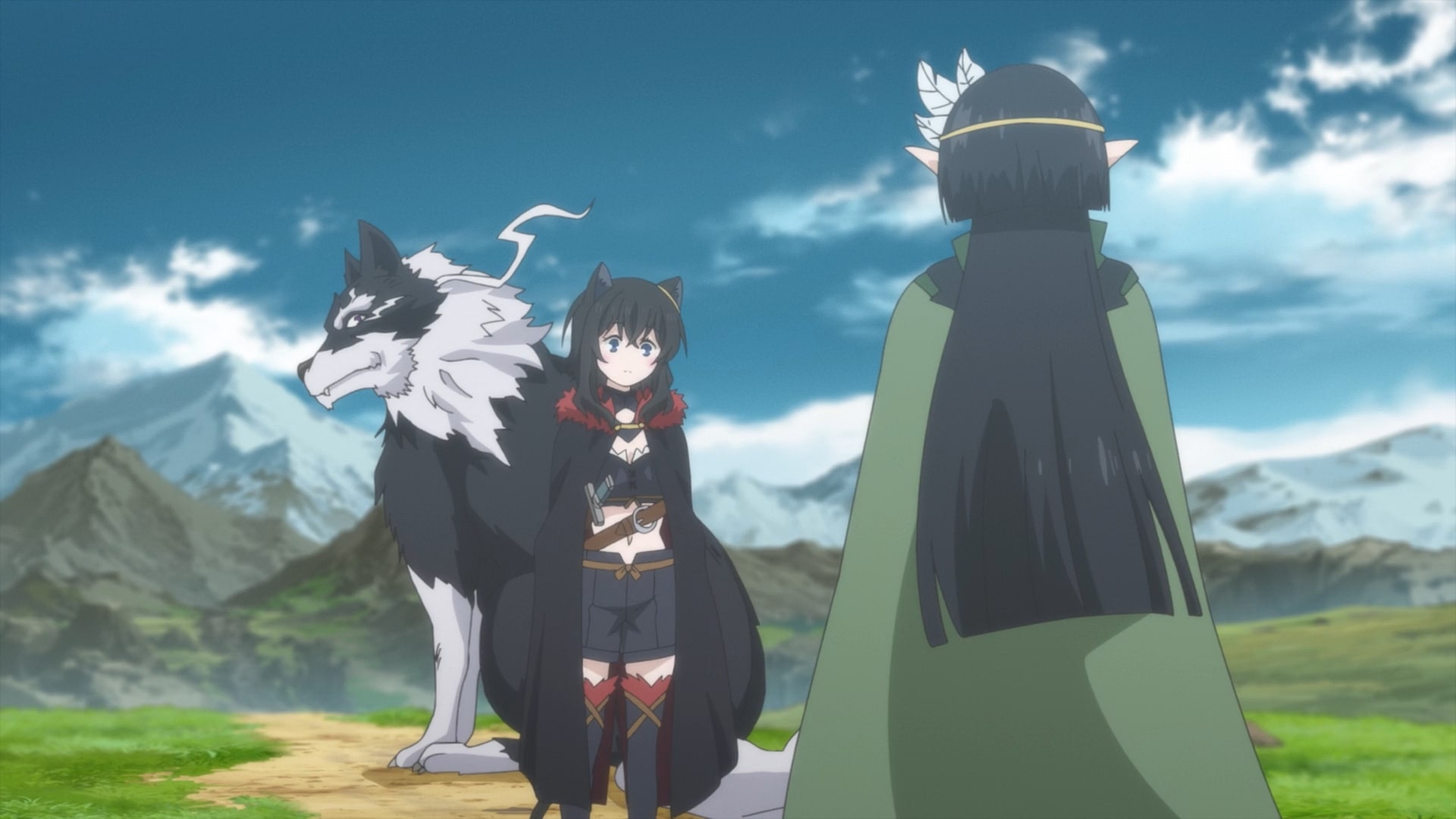 However, they were adamant about evolving, so they left one day with the goal to find a way to evolve. Amanda tried to find them but to no avail. Many years later, she found out that they passed away. When Fran is leaving Alessa and calls her Mama, she suddenly realizes that Fran is actually Kinan and Flamia’s daughter.

What Does Tarua Think About Fran? Who Was Behind the Inexplicable Evolution of the Spiders in the Dungeon?

After Fran embarks on her next adventure, Furion meets Klimt in his office. It turns out that he has been sent to the dungeon as an agent to investigate a few things. It has now been established without doubt that August Allsand colluded with Reidos in the North to give an evolution potion to the spiders which led to all the chaos in the dungeon. 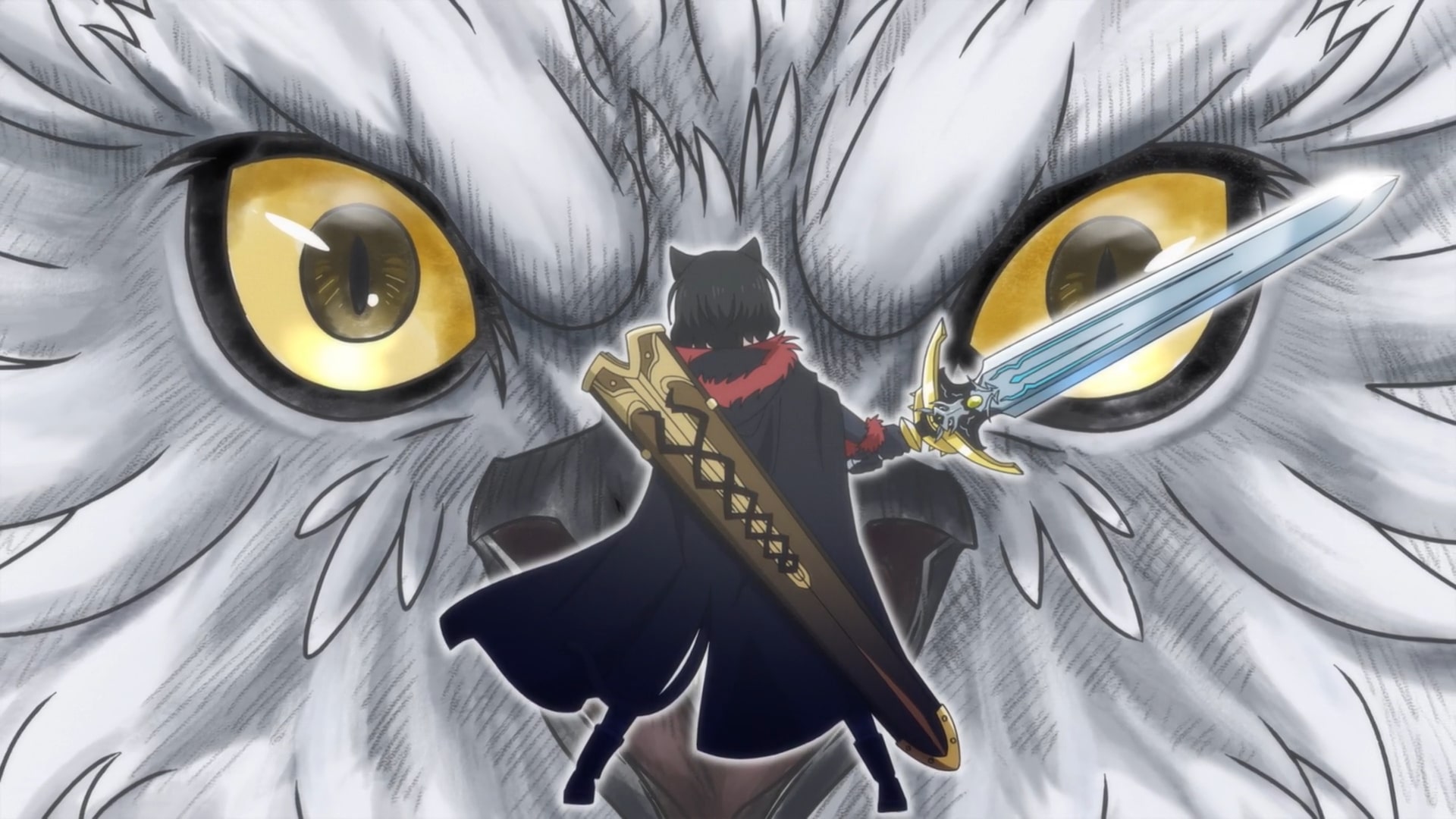 When Klimt inquires what Tarua thinks about Fran, Furion summons him. The Guardian Spirit reveals that Fran harbors no ill will and has pure intentions. Although Klimt has been supportive of Fran, he has also kept a close eye on her to ensure that she does not turn out to be a spy. After Tarua’s reassurance, he is confident that she can be trusted.

Who is Jean du Vix? Is He a Threat to Fran?

In the post-credits scene, Fran uses Teacher to fly out of Alessa. But she is suddenly confronted and knocked down by a ghost-like skeleton figure that is traveling on a horse. Fran falls all the way to the ground and ends up in a hut. Luckily, she does not seem to have been injured probably because of Teacher’s timely intervention. But when Fran looks up, she finds a strange man who introduces himself as Jean du Vix, a supremer necromance in pursuit of the highest order of dark sorcery. 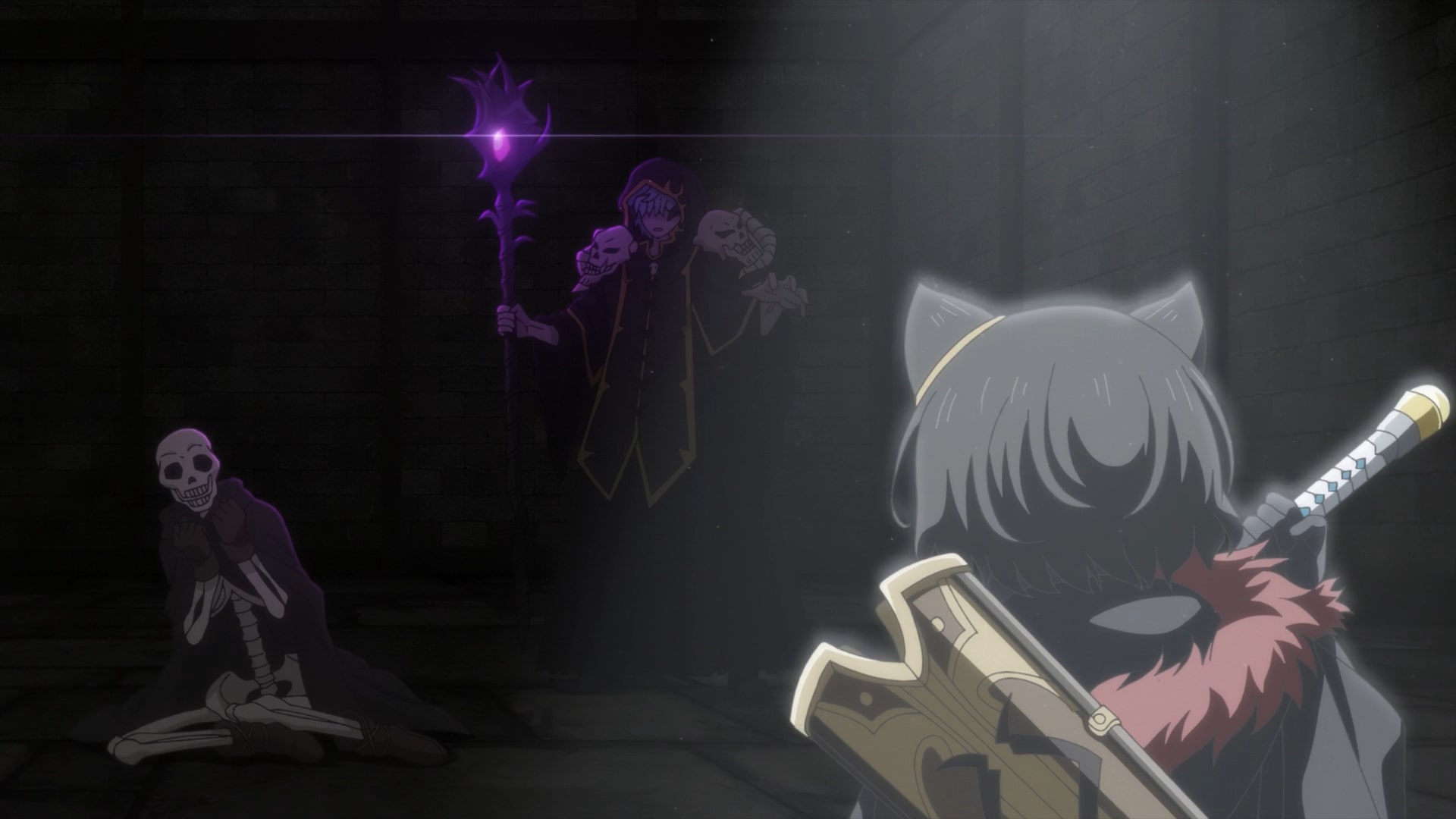 The anime ends there with a ‘to be continued…’ message and viewers are left wondering whether he is a good guy or a threat to Fran. In Yuu Tanaka’s light novel that serves as the inspiration for the show, Jean du Vix is described as someone with a shady appearance but a kind heart. In fact, he contracted with Alessa’s guild and is actually a B-ranked adventurer who often works for Amanda. Because of his acquaintance with Amanda, Fran is most likely safe with Jean du Vix and he could even possibly be of help in her future adventures.