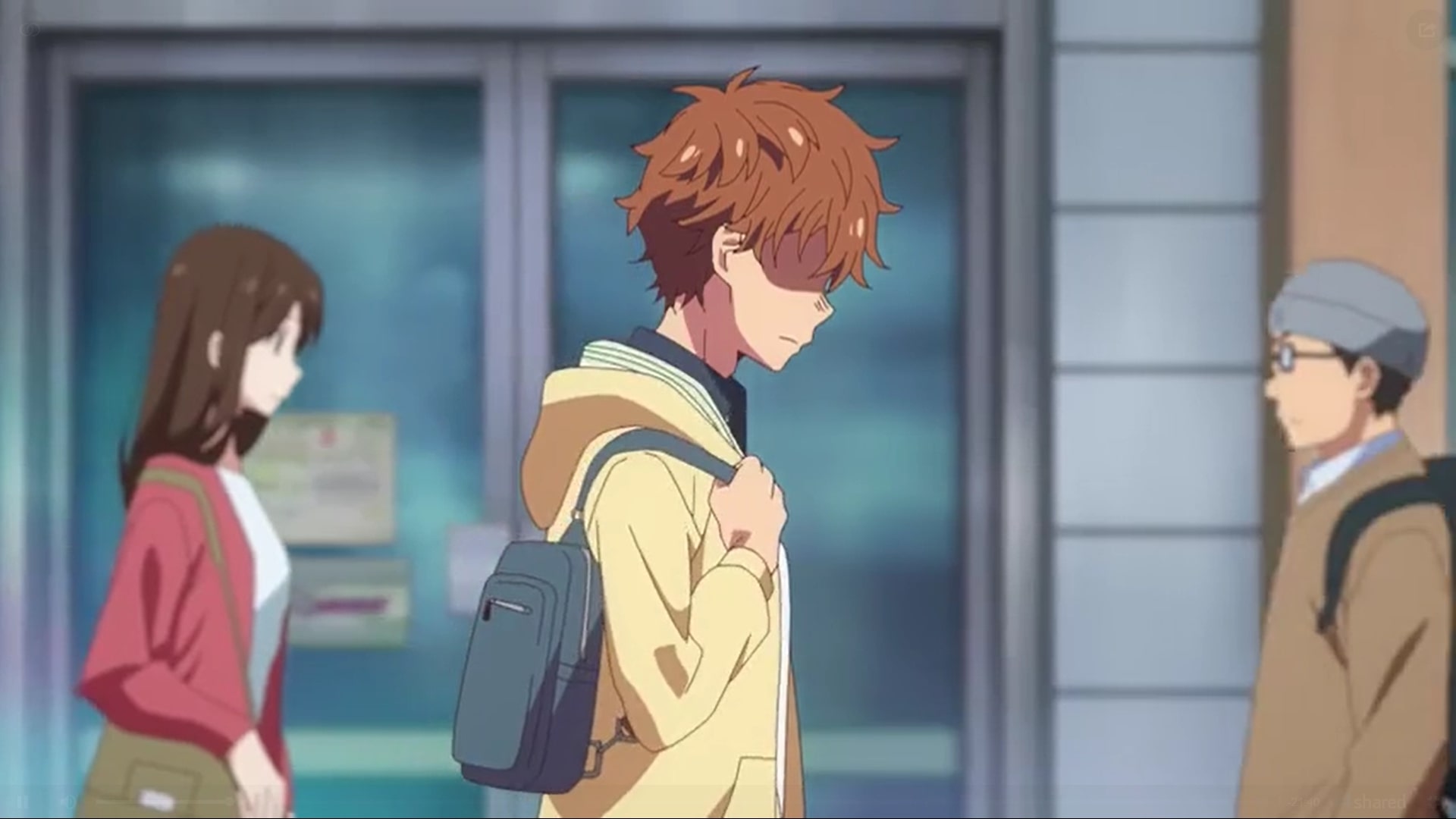 In the second episode of ‘Rent-A-Girlfriend‘ (or ‘Kanojo, Okarishimasu’) season 2, titled ‘The Usual Girlfriend,’ Kazuya begins hiring Chizuru more frequently than usual so that he can help her financially to pursue her acting career. However, to his surprise, Chizuru stays with him even after their date, and they eventually end up spending a lot of time together. When Kazuya meets her grandmother later that night, she asks him for a favor. Here’s everything you need to know about the ending of ‘Rent-A-Girlfriend’ season 2 episode 2. SPOILERS AHEAD!!!

With the spring break finally over, Kazuya returns to college. The students have already started planning their future, but unlike others, Kazuya has not thought too seriously about his career so far and has refrained from saying much about it to his friends. Later that day at work, he asks his manager how to date a girl out of his league. Kazuya argues that he is married to a flight attendant, so he may have some advice for him. His manager does not try to give him any false hope and claims that if he has fallen in love, then he must prepare for an uphill battle. Passion is the only thing that will get him anywhere in life. 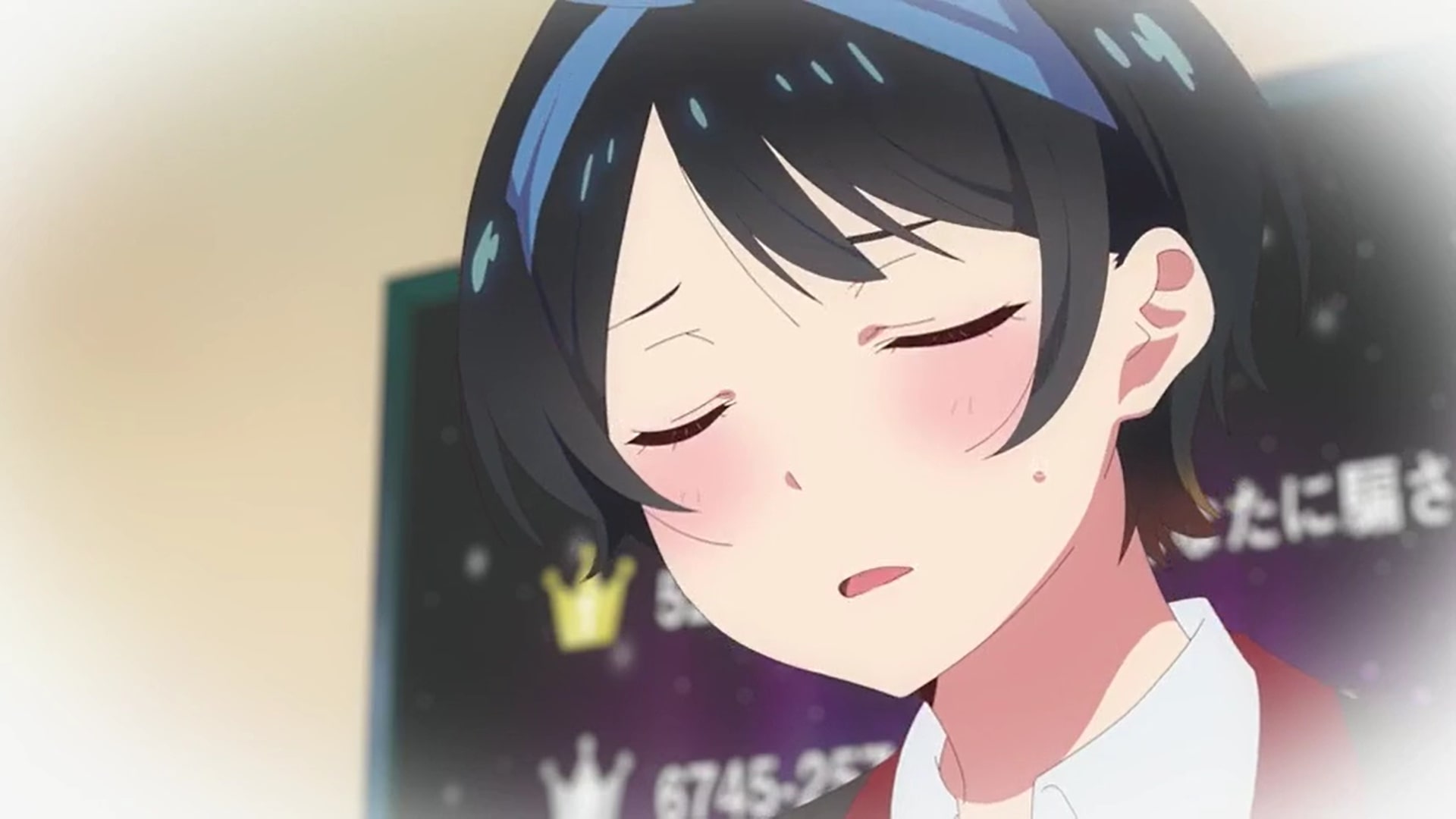 Once he is done with his work, Kazuya goes on a date with Chizuru. They have dinner at a restaurant. When Kazuya is about to pay, Chizuru argues that it won’t be right if he hires her every week as a rental girlfriend. It appears that she feels guilty that Kazuya is spending so much of his money on her. She even argues that it can even be unhealthy for both of them and is unfair to her other loyal customers. Chizuru also reminds Kazuya of Mami, who has told them to stop seeing each other.

As if all of these reasons were not sufficient, she goes on to argue that they will even hurt Ruka if they continue to meet like this. However, Chizuru is unaware that Kazuya has already asked for her permission. The duo had an argument over it, and Ruka was naturally upset. But Kazuya argued that he is just doing it to support Chizuru’s dreams financially. Ruka accepts his request only on the condition that he will take her to Chizuru’s next play so that everyone knows that they are officially dating.

As they part ways and are about to head home, Kazuya tells himself that it’s highly unlikely they will form a romantic relationship any time soon, so he must not expect too much from their pretentious dates. But to his surprise, Chizuru suddenly turns around and asks him to go play indoor baseball with her. Kazuya is shocked to see that she can really strike the ball well. However, Chizuru clarifies that he must not consider it a date, as she only wanted to take him somewhere after that. 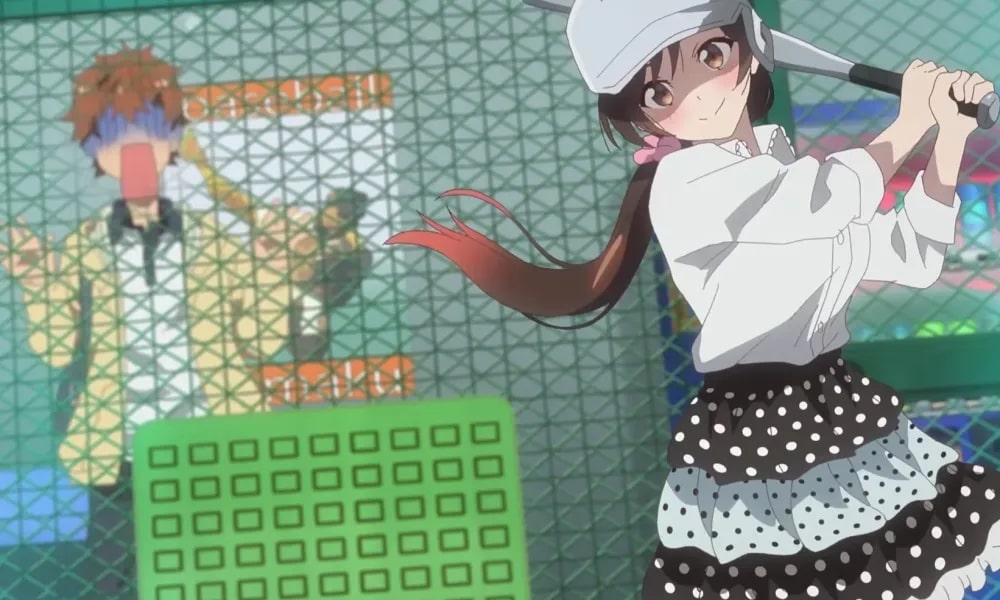 She also reveals that she often plays baseball there as it helps her relieve stress. However, Chizuru usually does not have anyone to accompany her, so it gets lonely sometimes. Although she does not say it, it appears that she is glad to have Kazuya with him. Once she has played enough, Chizuru takes Kazuya to the hospital and reveals that she wants him to meet her grandmother again.

When Kazuya and Chizuru enter her room, grandmother Sayuri is ecstatic to see them together. She immediately hugs Kazuya’s hand and asks him about his work and college. The two friends act as if they are seriously dating each other just to keep Chizuru’s grandmother happy. However, when Chizuru goes out for some work, grandmother Sayuri asks Kazuya if she can ask for a favor from him. For a moment, Kazuya is worried that she has probably figured out that they are not together. 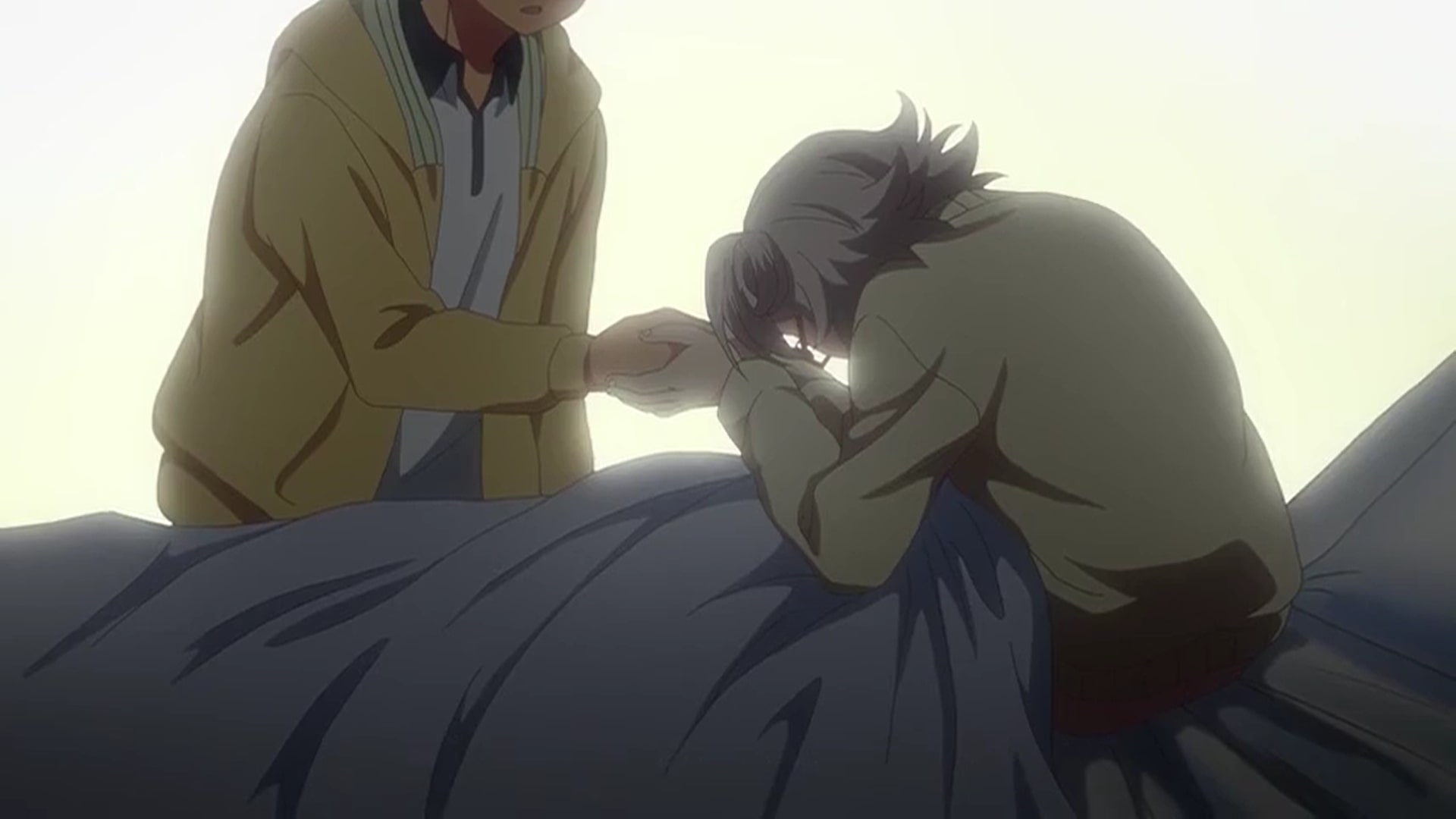 However, she first asks him about her performance in the play. Kazuya praises Chizuru’s acting and even tells grandmother Sayuri that the audience loved her performance that day. But when he says something about Chizuru being strong, she smiles half-heartedly at him. Grandmother Sayuri reveals that Chizuru used to sleep with her at night as she was a clingy crybaby when she was young. The older neighborhood kids always gave her trouble, and she will end up crying because of them.

Although Chizuru has learned to hide her emotions now, her grandmother claims that deep down, she is still the same. She really needs someone to open up about her deep-seated fears and feelings. Therefore, her grandmother asks Kazuya to take care of Chizuru and be her rock. Since Kazuya does not want to give her false hope and is unsure about their future, he just confesses that he loves her. His words are enough to give grandmother Sayuri the confidence that she needed. Later that night, when Chizuru and Kazuya reach their apartments, the former reveals that she has lost her key.