‘Rent-A-Girlfriend’ (Kanojo, Okarishimasu) is a shōnen anime that tells the story of the indecisive college student Kazuya Kinoshita and his girlfriend-for-hire, Chizuru Mizuhara. After his previous girlfriend breaks up with him, Kazuya employs Chizuru through an online app. But when his friends and family find out about them and erroneously conclude that they are genuinely in a relationship, things become complicated. They decide to continue the charade and keep “dating”. Soon, other employees of the app are introduced, and they also start developing feelings for Kazuya. ‘Rent-A-Girlfriend’ is your garden variety harem romantic comedy. If you like the show, here is a list of seven other anime that you will also probably like. 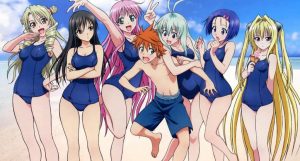 ‘To Love Ru’ centers around Rito Yuki, a kind but introverted high-school student who is in love with his classmate Haruna Sairenji but is unable to say it aloud. He meets Lala Satalin Deviluke, the princess of the known universe, who helps him slowly come out of his shell. Besides Haruna and Lala, several other women also develop romantic feelings for Rito in the course of the show. ‘Tu Love-Ru’ is a great show to watch if you are already done with ‘Rent-A-Girlfriend’.

‘Oreshura’ is about a teenage boy trapped between two girls vying for his attention. One of them has blackmailed him into fake dating her, while the other is his childhood best friend. There is also an ex-girlfriend who still carries a torch for him and another girl who thinks that they are engaged. Both ‘Oreshura’ and ‘Rent-A-Girlfriend’ are light-hearted harem romantic comedies where the heroes are introspective good-natured young men and the heroines are not exactly what they seem. 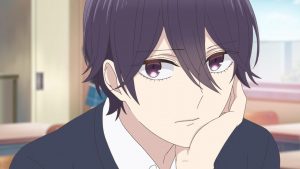 Set in a parallel world where one must pair up with their government-designated partner or face severe consequences, ‘Love and Lies’ depicts the story of Yukari Nejima, who, like Kazuya, has no choice but be with a woman he does not love. While the themes of the two shows are drastically different, with ‘Love and Lies’ being darker and grimmer, the two pairs of protagonists have very similar starting points. 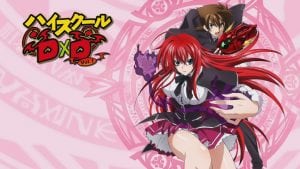 Although ‘High School DxD’ is essentially yet another harem anime, albeit one with gods, angels, and demons, that is not what has earned it a spot in this list. The female lead of that show, the enigmatic and beautiful Rias Gremory, shares quite a few character traits with Chizuru. Both are proud and assertive women who can be incredibly kind when they want to be. For instance, Chizuru decided to keep up appearances as Kazuya’s girlfriend after his grandmother mistakes them for a couple. Rias is also kind and compassionate and would go to any lengths to protect people close to her. 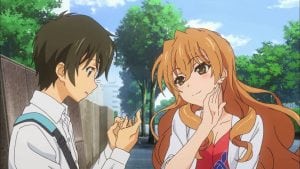 ‘Golden Time’ revolves around Banri Tada, a newly admitted student at a prestigious Tokyo law school. Just before enrolling there, he suffers an accident, losing all his memories before that. He comes across a beautiful but hostile girl, Koko Kaga, who later turns out to be his childhood friend. As the series progresses, Banri falls for Kaga but his resurfacing memories force him to re-evaluate his feelings. Banri and Kazuya are made from the same mold. They are both kind, considerate, and tentative. 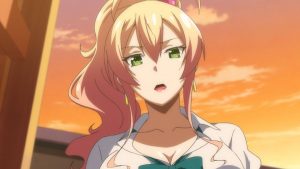 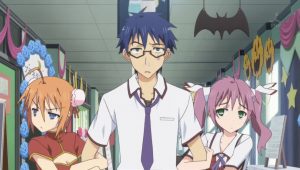 Kinjirō Sakamachi, the protagonist of ‘Mayo Chiki!’, is even worse around women than Kazuya. He has gynophobia and bleeds from his nose whenever he has any form of physical contact with a girl. When he finds out that the popular and good-looking butler Subaru Konoe is a girl, his world turns upside down.