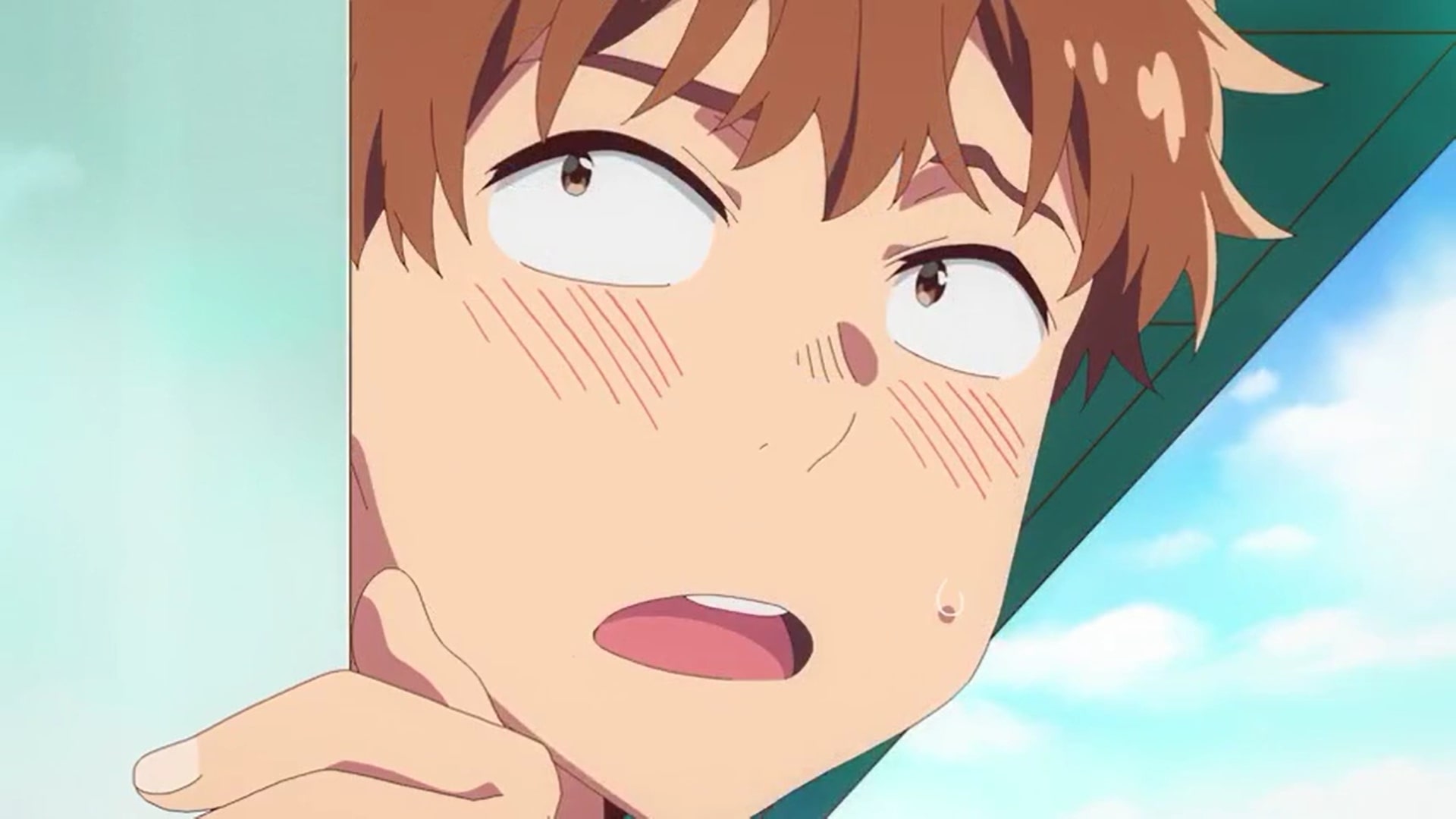 In the fourth episode of ‘Rent-A-Girlfriend‘ (or ‘Kanojo, Okarishimasu’) season 2, titled ‘Night and Girlfriend,’ Mami finally asks Kazuya if she knows about Chizuru being a rental girlfriend. He not only accepts that he knows about it but even lies about the true nature of his relationship with Chizuru. Mami does not believe that he is being honest with her. Later that night, Ruka pays Kazuya a visit to his apartment and ends up spending the entire night with him. Here’s everything you need to know about the ending of ‘Rent-A-Girlfriend‘ season 2 episode 4. SPOILERS AHEAD!!!

After keeping an eye on Chizuru and Kazuya for a while, Mami finally decides to confront his ex-boyfriend to learn the true nature of their relationship. She asks him for some of his time. When the ex-lovers sit together to talk, she questions Kazuya if he is aware that Chizuru is a rental girlfriend. Although Kazuya panics momentarily, he does a good job of gathering himself and keeping his emotions in check. He tells Mami that he knows about her profession and was also quite shocked when he first learned about it. 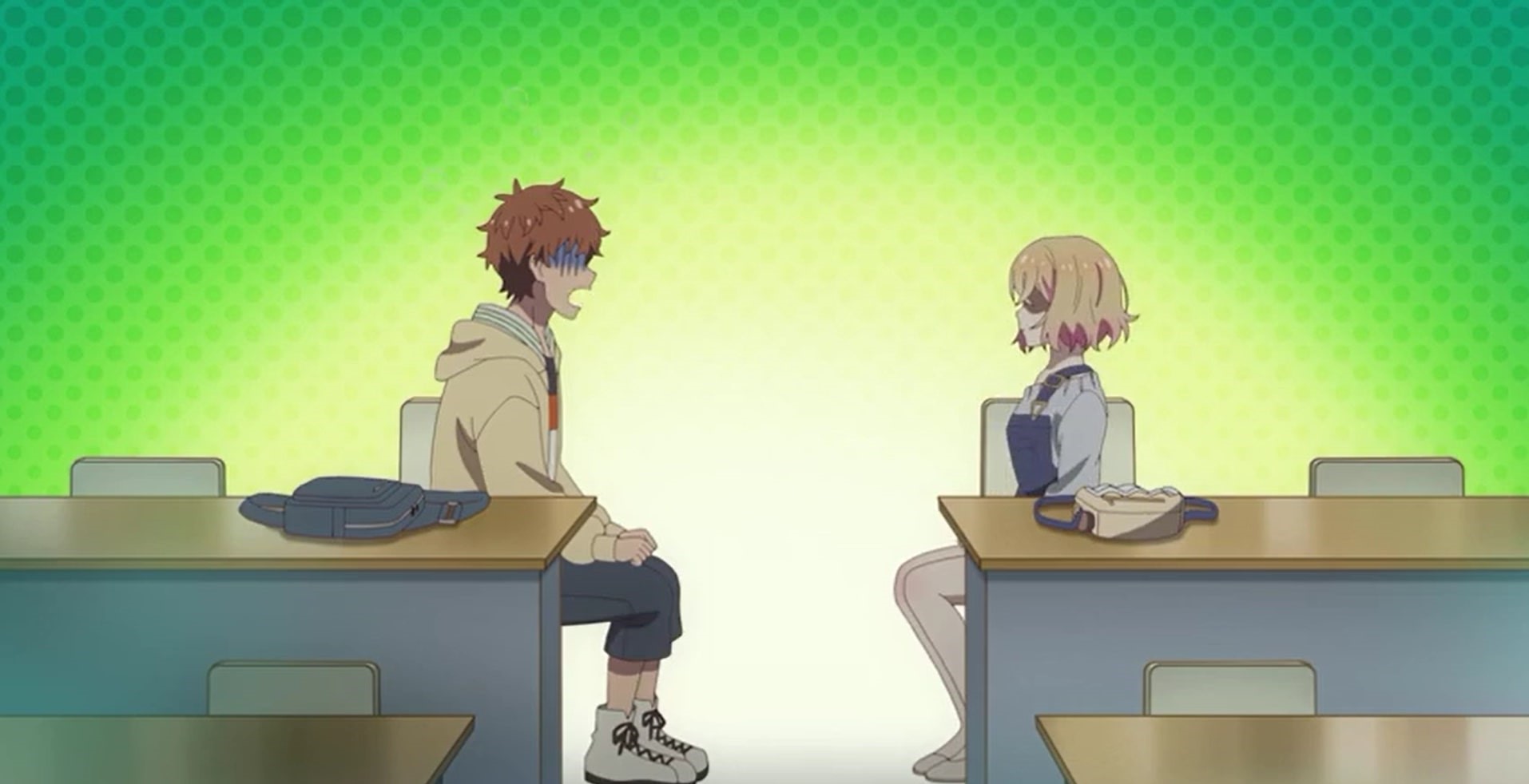 Kazuya is afraid that Mami will explode with anger at any moment but is taken aback when she asks whether she is responsible for his dating decisions. Her ex-boyfriend is thrilled that she is not upset and just calls his relationship with Chizuru a social experiment. Deep down he knows the consequences of telling the truth, so he avoids doing it altogether. But Kazuya does apologize for introducing Chizuru to everyone as it was probably unnecessary since she is a rental girlfriend and their relationship in Kazuya’s words is not serious. Mami listens carefully to Kazuya and before leaving asks him to get a real girlfriend.

Once she is alone, Mami calls him a liar and concludes that he is not playing around when it comes to Chizuru. When she sees Kibe in the hallway, she decides to approach him for some reason. Later that evening, Ruka meets Kazuya and tells him that she will be going to his apartment with him. While Kazuya can barely hide his red face and tries to act normal, Ruka buys all that she needs to cook a tasty curry for her boyfriend. When they are finally at Kazuya’s apartment, she asks him to just relax and watch her as she cooks.

Kazuya loves the curry and the duo eats together. They spend some quality time watching films and enjoy each other’s company. Kazuya finally realizes what it truly feels like to date someone and can barely contain his excitement. However, when Ruka receives a text message and she tries to hide her phone, he grows a bit suspicious. When he manages to catch a glimpse of what she is saying to her friend, he is shocked. It turns out that Ruka is planning to spend the night at Kazuya’s house. 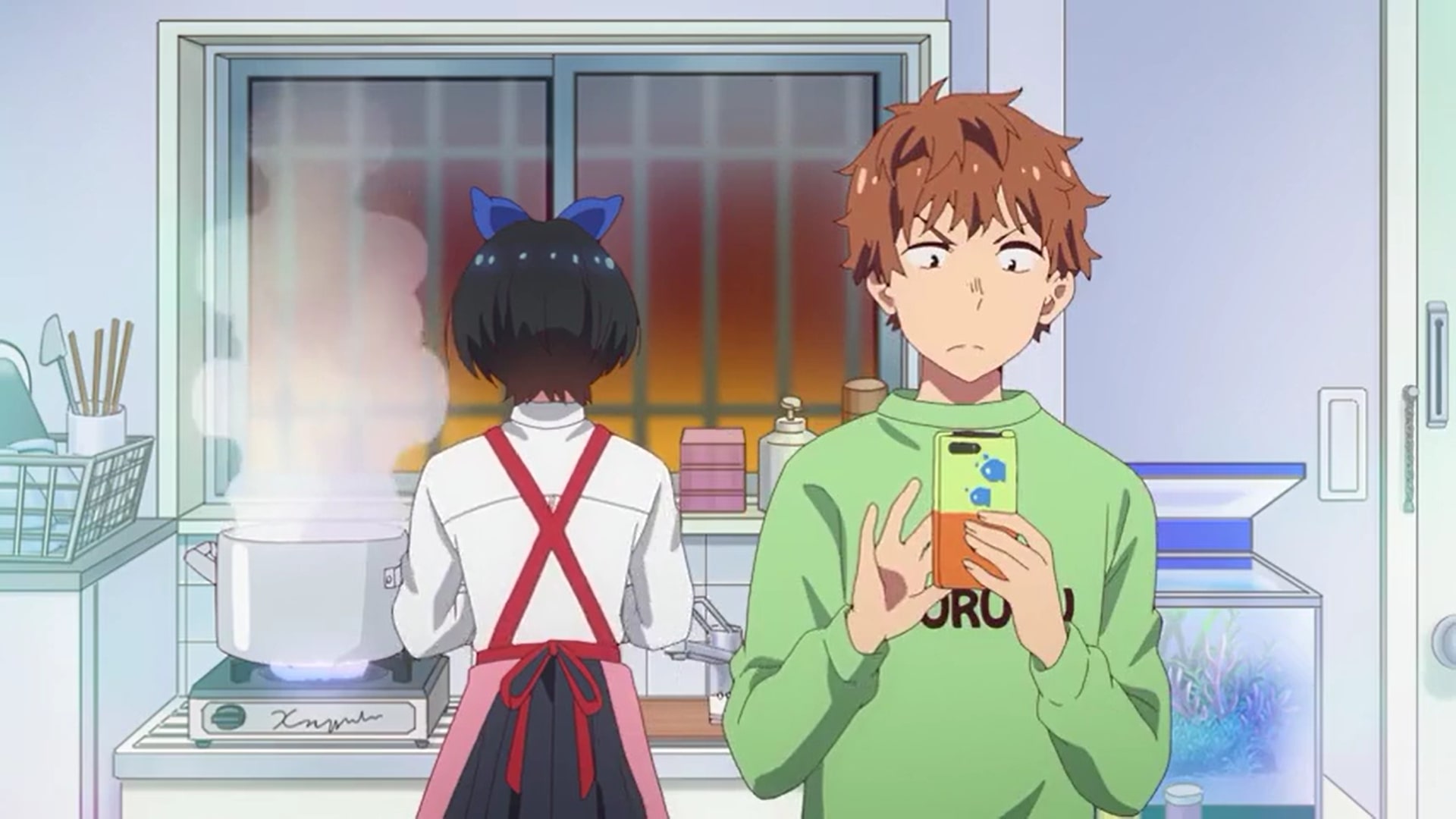 While Ruka feels that there is nothing wrong with it, Kazuya does not want her to stay. Unfortunately for him, Ruka cannot go home since it is raining heavily outside and the weather forecasts suggest that the condition will only worsen in the next few hours. Therefore, Ruka has to stay even though Kazuya feels a bit uncomfortable about it. When she goes to take a shower, Kazuya can barely keep his emotions in check as he feels that spending the entire night with her can probably lead to something unexpected.

After Ruka comes out of the bathroom, she wears Kazuya’s long t-shirt. When Kazuya notices that she is not wearing any pants, she asks her to find something from his clothes but Ruka ignores him altogether. Kazuya senses the sexual tension, so he takes a shower and even masturbates hoping that it will keep him in control. He later returns to the hall and is shocked to see condoms falling out of Ruka’s bag and panics. 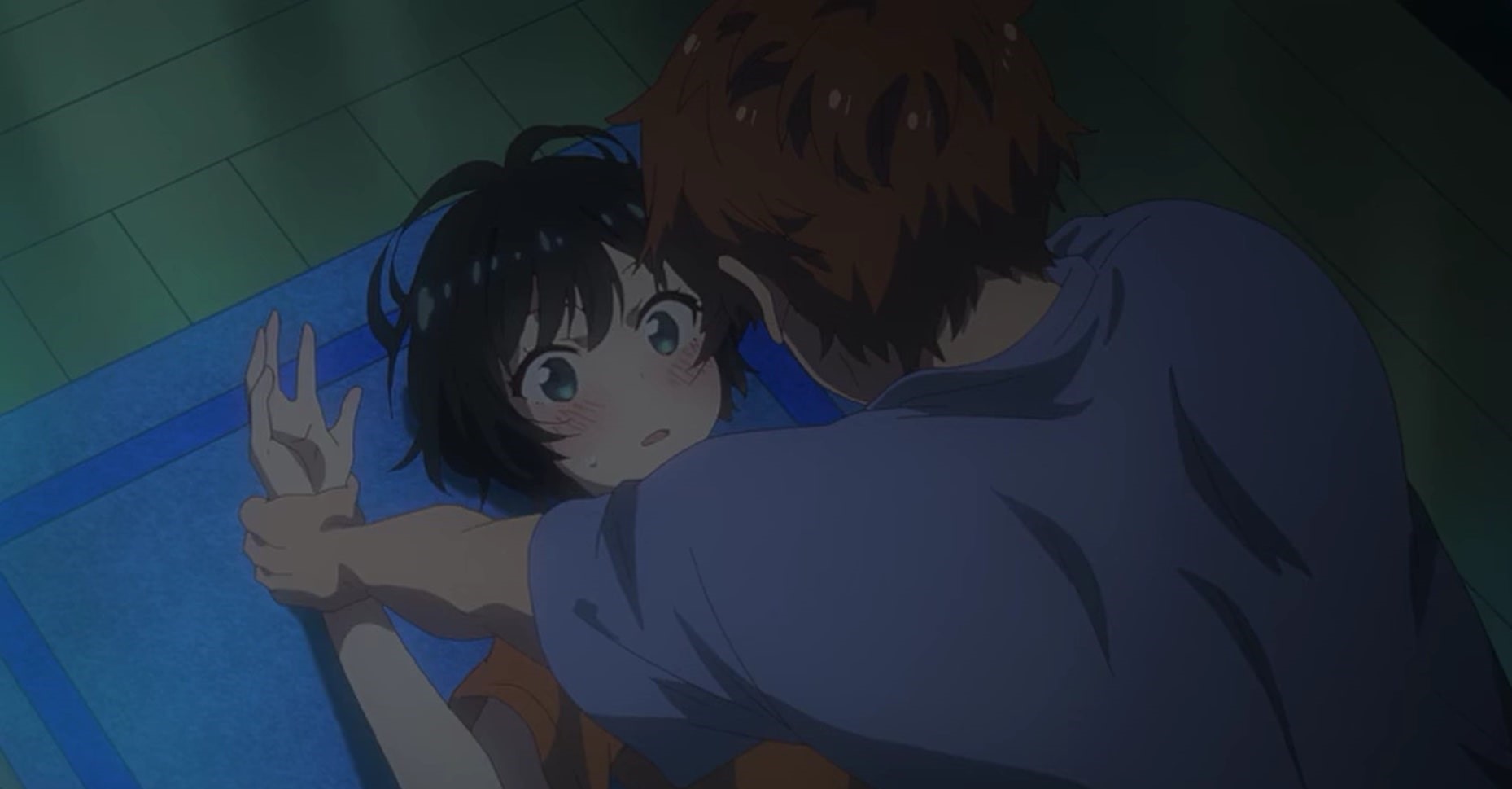 When he asks why he brought them with her, Ruka argues that she was just preparing for an unforeseen situation. By this time Kazuya is afraid that he won’t be able to control himself for long, so he just takes his sleeping bag to the other end of the room and asks Ruka to sleep. When he is trying to sleep, Ruka comes near him and hugs him from behind.

At this point, Kazuya decides to tell Ruka the truth. He confesses that he really feels attracted to her and wants to have sex. But he does not genuinely feel emotionally connected with her, which is why he does not wish to start a physical relationship at this point. Ruka listens intently to what he has to say and just goes back to her blankets without saying anything.

Does Chizuru Find Out About Kazuya and Ruka’s Night Out?

The following morning, Kazuya and Ruka talk briefly. When Ruka goes outside Kazuya’s apartment and is saying goodbye to him, she deliberately shouts everything she has to say, just so that Chizuru can learn that they have spent the night together. However, it appears that there is Chizuru is probably sleeping and Kazuya just goes back to his apartment after that. 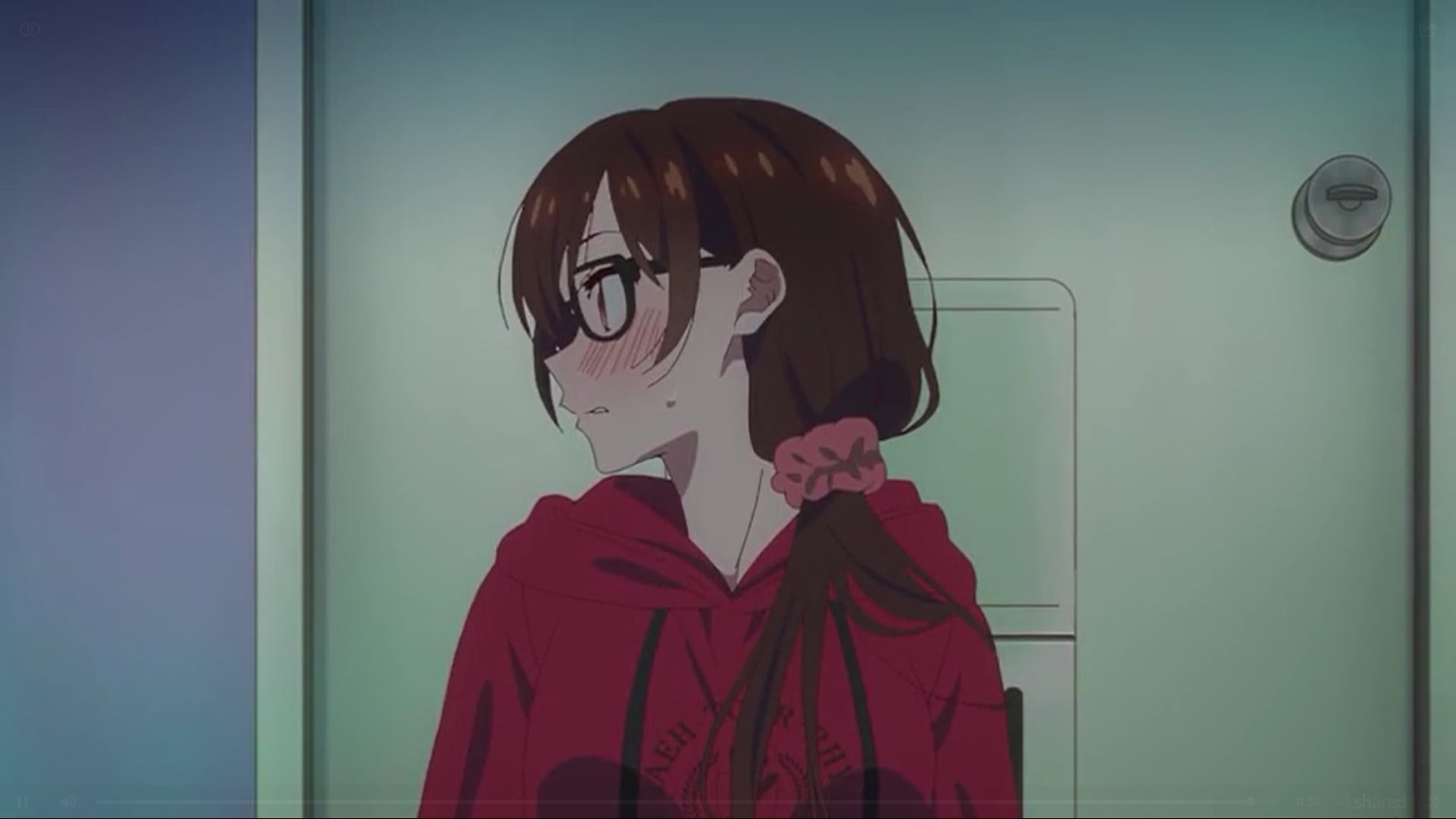 But it turns out that Chizuru was right next to her door when Ruka said everything and she just sits on the ground trying to process what she has just learned. It remains to be seen, how this incident will change the dynamics of Chizuru and Kazuya’s developing relationship.