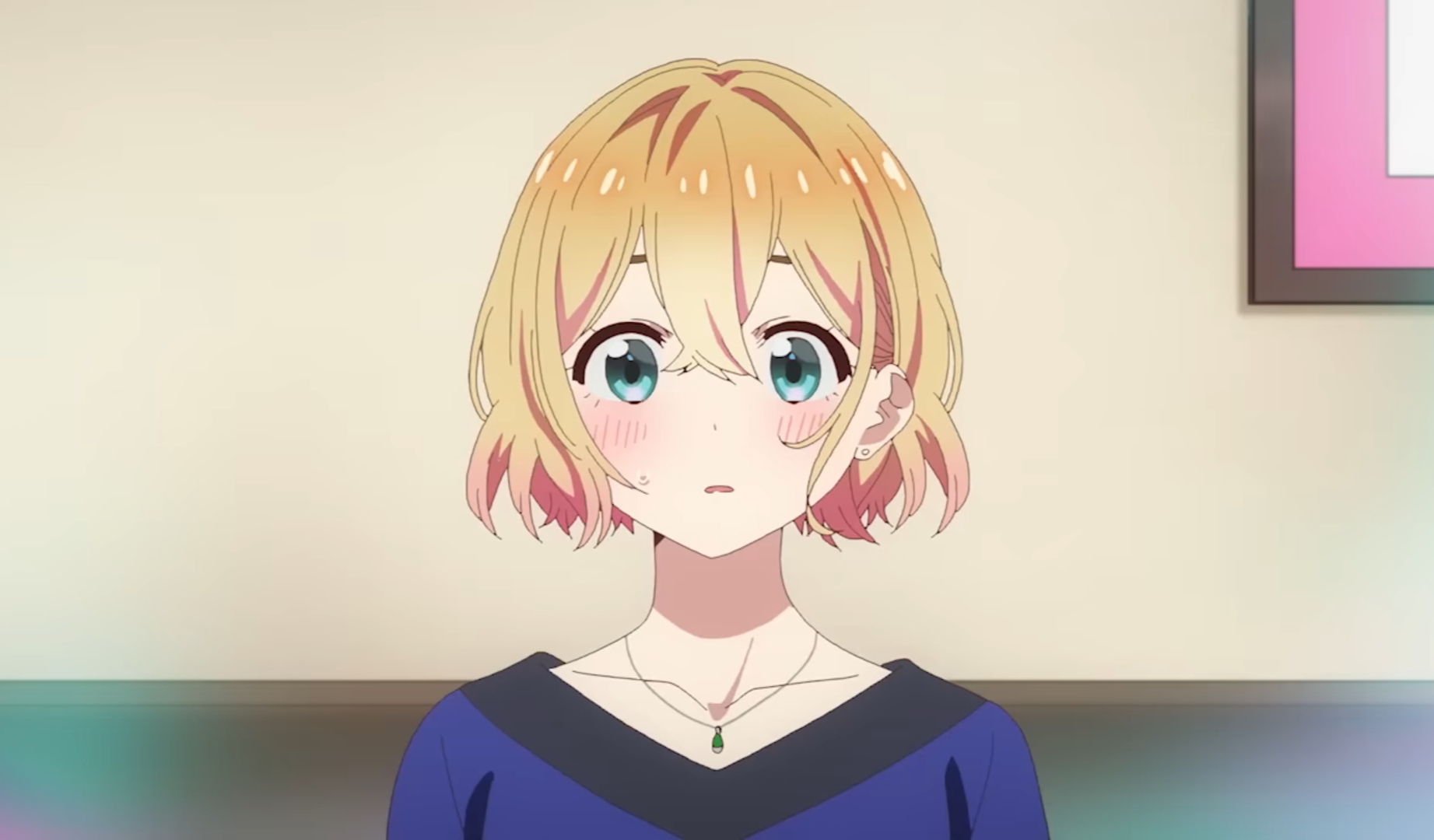 In the seventh episode of ‘Rent a Girlfriend’ season 2 titled ‘Ex and Girlfriend,’ Kazuya struggles to recall what really happened after he returned to his apartment following the drinking party. Later that day, Mami visits the karaoke bar where he works and Ruka becomes suspicious about Kazuya’s behavior around her. Here is everything you need to know about the ending of ‘Rent a Girlfriend’ or ‘Kanojo, Okarishimasu’ season 2 episode 7. SPOILERS AHEAD!!!

When Kazuya finally wakes up the morning after the drinking party, he still can’t recall what really happened the previous night. Although he does vaguely remember Chizuru taking care of him, Kazuya is unsure whether it was a dream or not. When he checks his phone, he is shocked to find himself in a group with the people from the drinking party. Kazuya contemplates adding Chizuru to his contact but is afraid of getting yelled at by her.

When he visits his college, he meets everyone from the party again and tries to act as if nothing strange happened. Deep down he is thankful that no one found about about Chizuru, which could have had far-reaching consequences. After college, Kazuya goes to the karaoke bar to work. Ruka is eagerly waiting for him there and tries to remind him about the romantic moment they shared a few days ago.

Kazuya is reluctant to romance her at the moment and avoids her advances. But to his surprise, he is shocked to see Mami pay the shop a visit. Instead of overanalyzing the situation, he tries to keep his cool but fails miserably. Although Ruka follows him as he discusses things with Mami, he manages to smartly take her away to a private space so that she can enjoy the Karaoke bar. 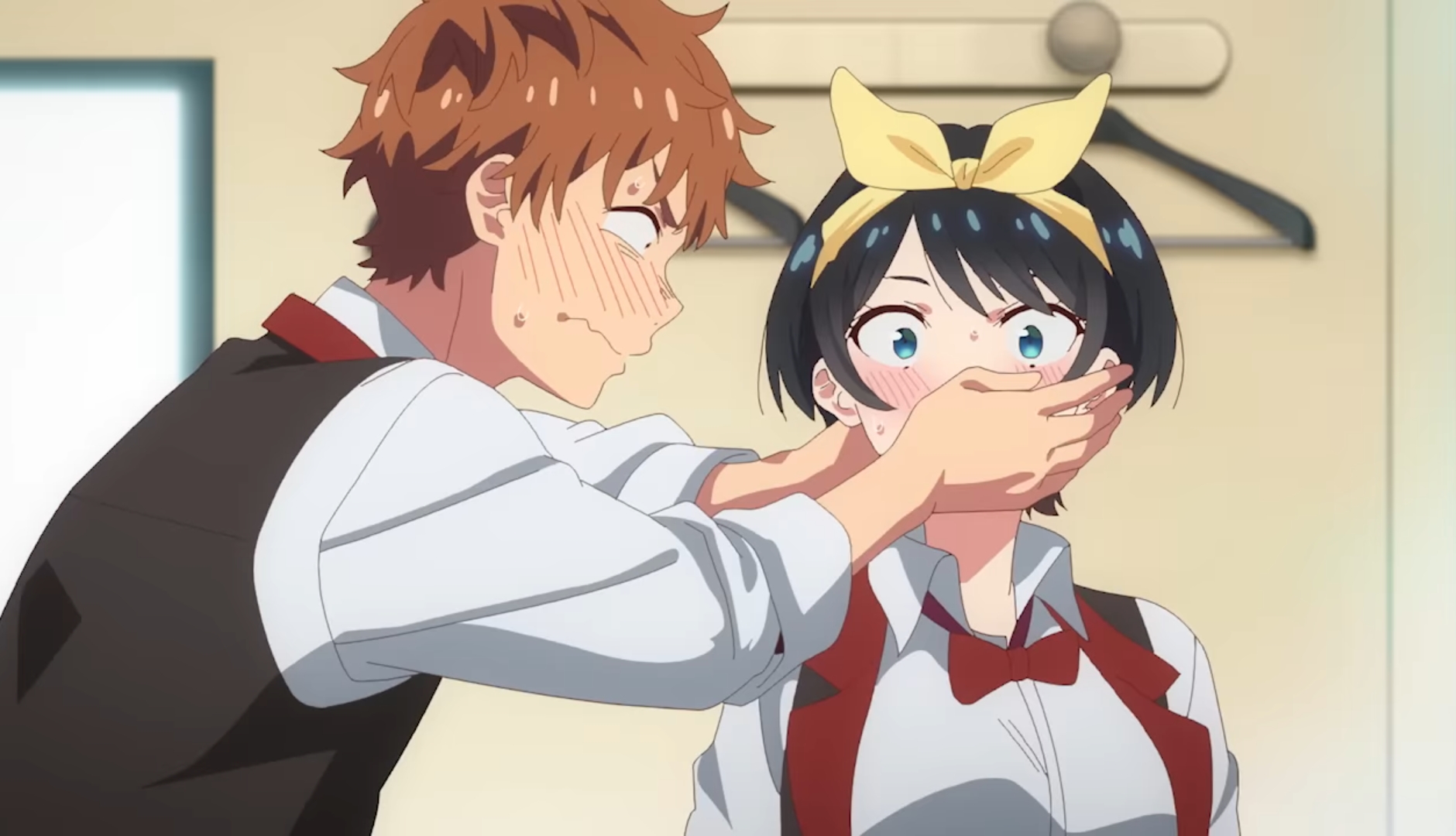 Once the two of them are alone, they talk a little openly. Mami reminds Kazuya that they have previously visited the karaoke together twice. Ruka is secretly listening to their conversation, but luckily Kazuya is able to spot her before it’s too late. But as he tries to get Ruka away from there, she gets a bit suspicious and decides to stick around to find out what’s cooking between the two of them.

Rent A Girlfriend Season 2 Episode 7 Ending: Why Does Ruka Fight Mami? How Does Kazuya’s Ex React to Her Emotional Outburst?

After Ruka has had enough, she decides to not hold herself back anymore. By this time she has already heard her boyfriend talk to Mami about going to karaoke together in the past, so she is naturally suspicious. However, when she enquires about their relationship, Mami says that they are just friends. To make matter worse, she goes as far as saying that Ruka probably likes Kazuya- which is why she is enquiring about him. Her comments infuriate Ruka, who wants to tell her that Kazuya is her boyfriend.

But before she can do that, Kazuya senses the tension and stops her from doing so. That’s when Ruka finally realizes that Mami is actually his ex-girlfriend. Because of this reason Kazuya was acting so weird around her. Ruka has had enough and decides to confront Mami for her strange behavior. She bursts out at her for following Kazuya around and trying to interfere in his personal life, although she was the one who left him in the first place.

Ruka lets Mami know that she is dating Kazuya now. When she asks why he needed to get a rental girlfriend when he already had her, Ruka explains that she is the kind of girlfriend who would do anything to keep his man happy. Mami is left dumbfounded and does not argue back. She just apologizes to the couple and without saying a word leaves the karaoke bar.

What Does Mami Realize After Meeting Chizuru on the Train?

After paying, Mami immediately leaves the karaoke bar and does not look back even once. Ruka’s emotional outburst is too much for her to bear and she just wants to get back home as soon as possible. Therefore, she boards the train but to her surprise, she meets Chizuru there. She has been thinking a lot about the purse that she has seen at Kazuya’s apartment and had concluded that it probably belonged to Ruka. However, she was shocked to see Chizuru carrying it with her. It meant that she is still meeting him and had probably spent the night at his apartment as well. 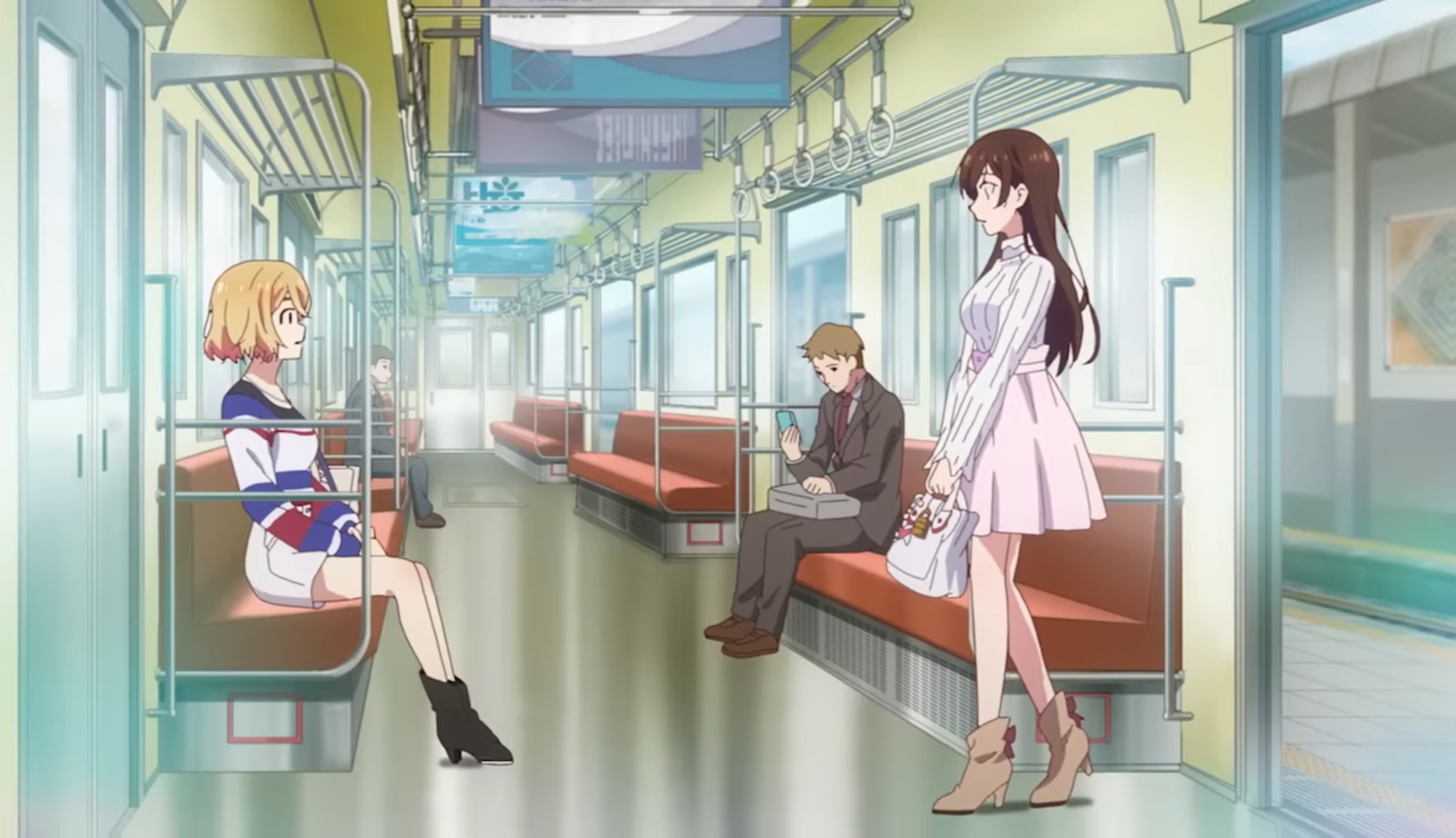 However, she keeps her thoughts to herself and asks Chizuru to sit with her. They talk little and that too about mundane things in life. Both of them get down at the same station but before they go their own ways, Mami asks Chizuru whether she still sees Kazuya. Unsurprisingly, Chizuru declines but Mami knows for sure that she is lying.