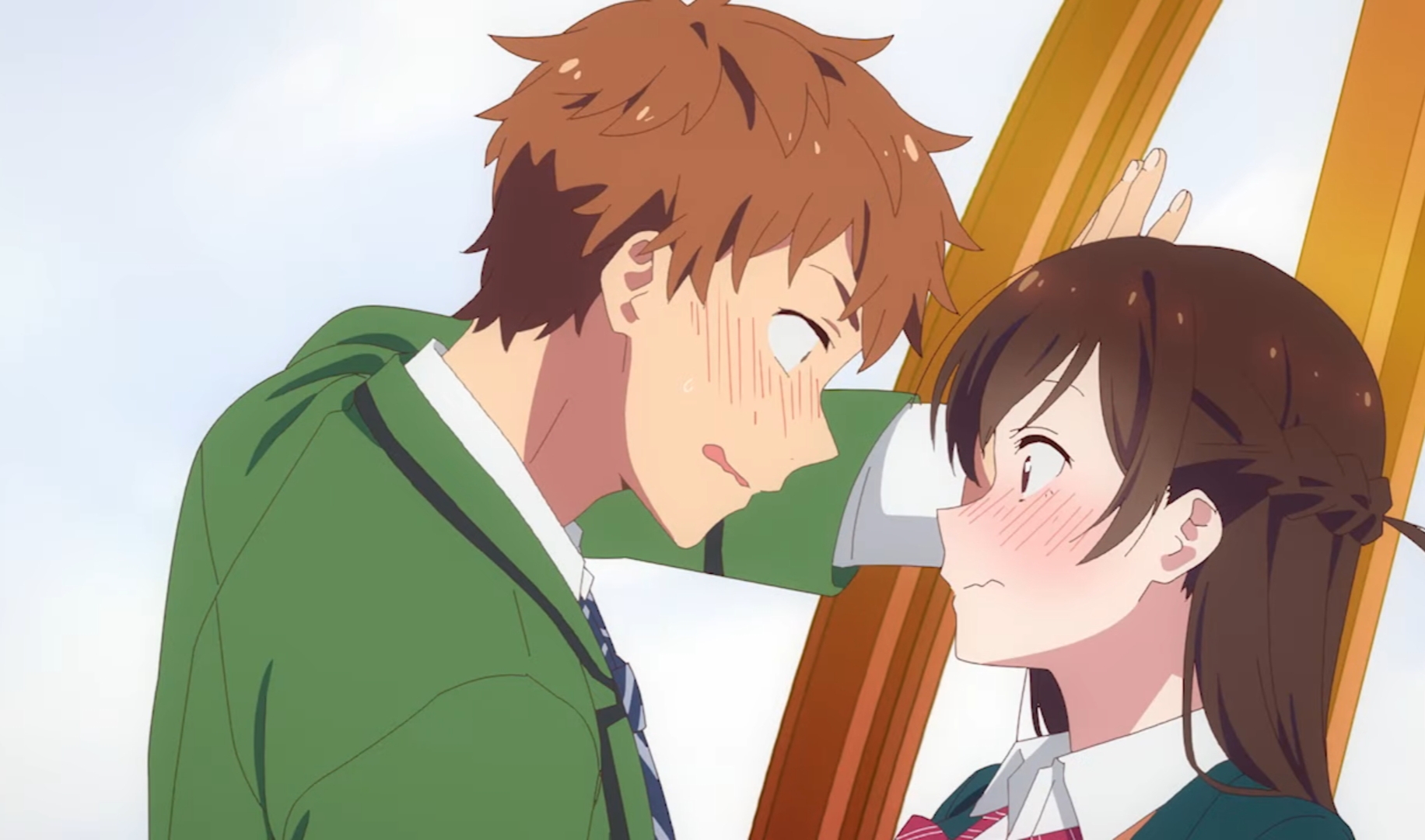 In the eighth episode of ‘Rent a Girlfriend’ season 2 titled ‘Youth and Girlfriend,’ Ruka apologizes to Kazuya for being rude to Mimi the previous day. Kazuya later hires Chizuru for the entire day and the duo goes on a well-planned date. Chizuru tells him about a career-changing opportunity while they are hanging out which leaves Kazuya ecstatic for his rental girlfriend. Here is everything you need to know about the ending of ‘Rent a Girlfriend’ or ‘Kanojo, Okarishimasu’ season 2 episode 8. SPOILERS AHEAD!!!

The day after a horrible encounter between Ruka and Mami, Kazuya has a long video call with his girlfriend. While talking about random things, she eventually ends up apologizing for her rude behavior and argues that she should have been more graceful as Mami is also Kazuya’s classmate. Her boyfriend reassures her that Mami does not pose any threat to their relationship and she should worry about her at all. 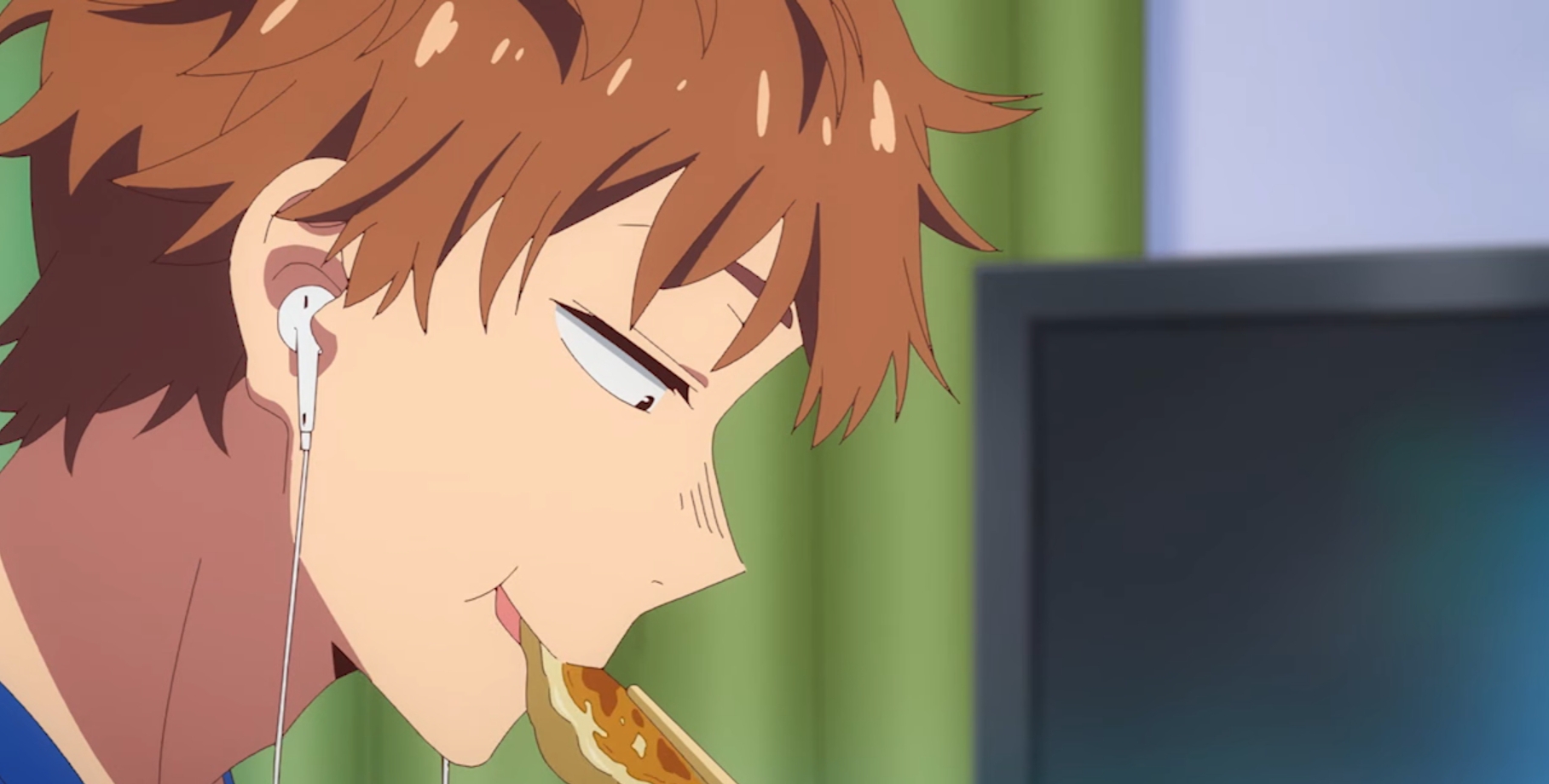 Later that day, Kazuya decides to book Chizuru as girlfriend for the entire day and plans to be a little more selfish this time. He requests her to come in a school uniform and goes to the date wearing one as well. When they finally meet, he is mesmerized by her beautiful looks. He asks her to hold his hand and the duo walks around the city looking like any normal couple.

When Kazuya finally sees a food stall, he realizes that he wants to share food with her as he had already planned. However, he does not wish to tell her what he is planning. When he asks Chizuru if she is hungry, she replies in the affirmative. He orders something from the stall but does not buy anything for himself. As Chizuru finally gets her order, she asks Kazuya if he would like to have a bite. Kazuya could finally see his plan working, and the duo ends up sharing food- something he has always wanted to do and has also added to his plan for the day. 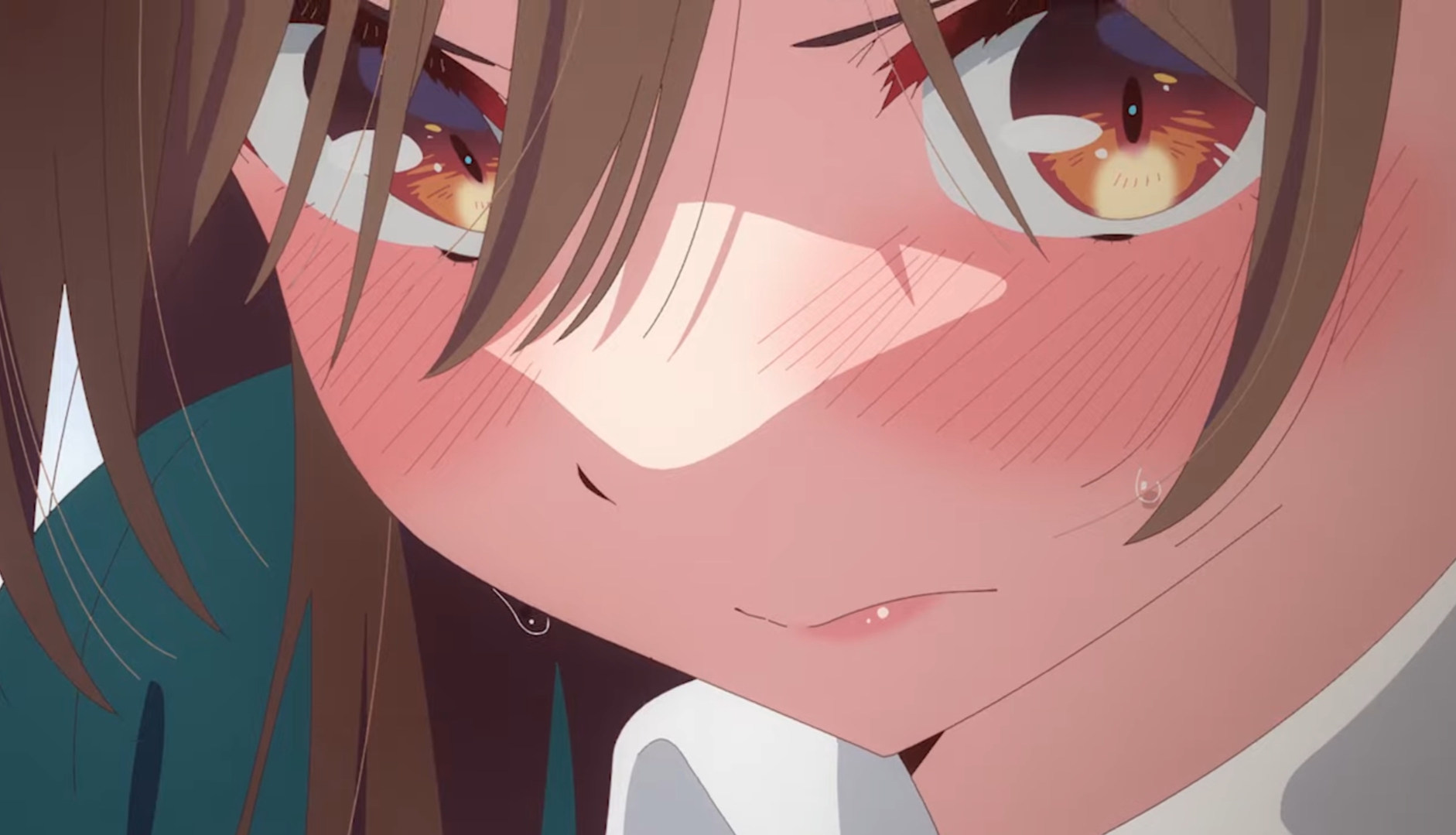 When they are casually walking in a mall, Chizuru suddenly notices that Sumi is shopping at a store there. She immediately hides from her along with Kazuya. Chizuru does not want her friend to see her in the school dress. But when they are about to run away, Sumi hears a familiar voice and turns around. She sees the duo running away from her but could not manage to say anything.

Rent A Girlfriend Season 2 Episode 8 Ending: Does Kazuya Manage to Fulfill All of His Date Plans?

Once Kazuya has managed to share food with Chizuru and also avoided running into Sumi, the duo realizes that it’s time to enjoy other plans for the day. At this point, Mizuhara had not only noticed that Kazuya had made a list of things that he plans to do but has also given him assurance that there is nothing shameful about it. Therefore, they later go inside a photo booth to click some couple photos. 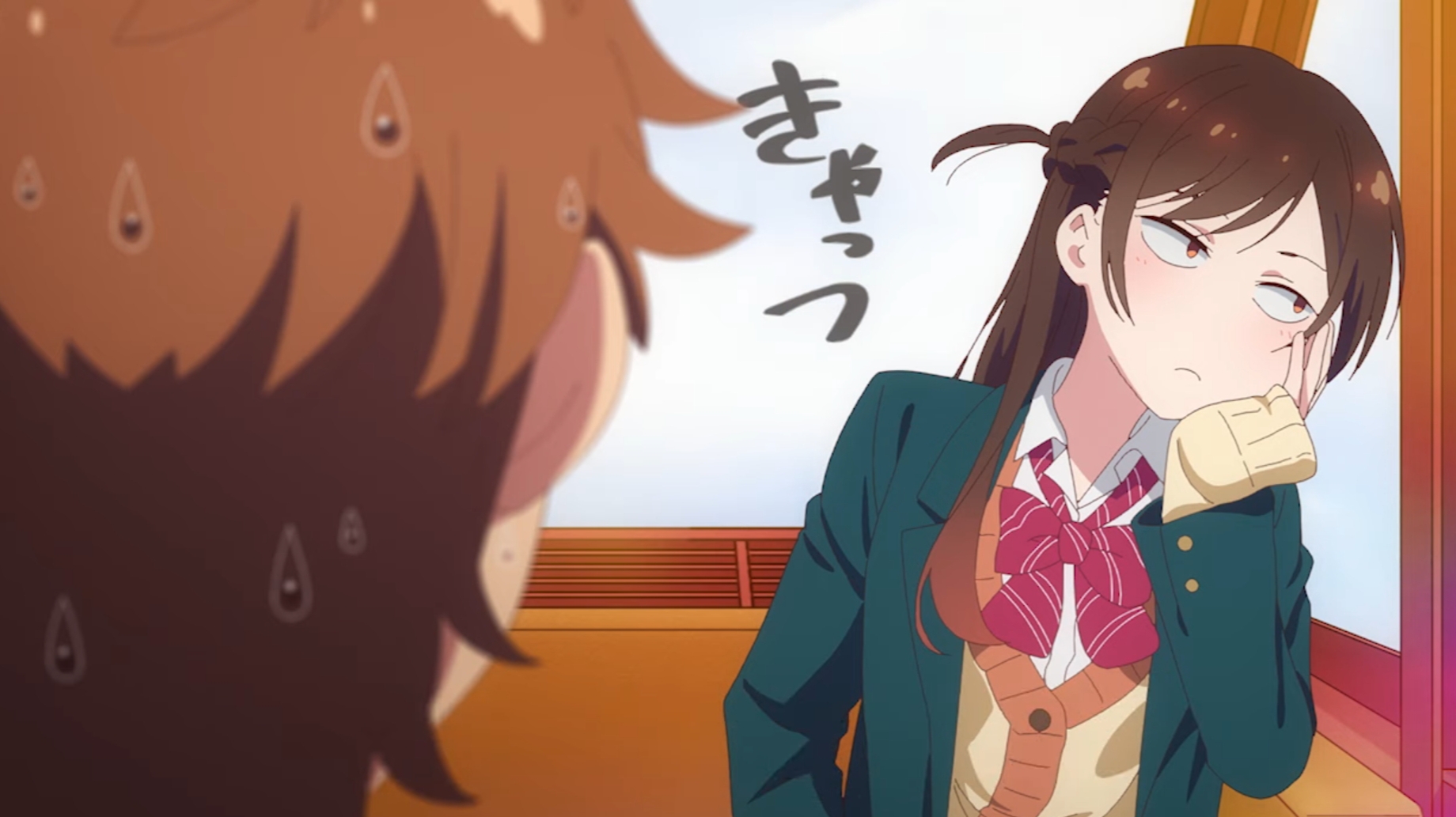 However, when Kazuya is presented with a few options on the screen to pick a specific pose, he feels embarrassed and is quite indecisive. Chizuru notices his hesitation and picks a romantic pose herself. As they are clicking photos, Kazuya can barely control his excitement. They even hug properly for the first time but are too embarrassed to look each other in the eyes by the time their photo session ends. After that, they head to a Ferris wheel which offers a great view of the city.

As Chizuru tries to show Kazuya something from the glass window, the duo end up in a very uncomfortable position after one of them slips. The former slaps the latter as a reflex although she apologizes just moments later. Chizuru opens up about loving her current job as she feels happy for the socially anxious people she had helped become more confident and self-assured. After they get down, Kazuya buys the couple photo they took before boarding the Ferris wheel for 1,000 yen.

Does Chizuru Get an Acting Opportunity?

Once the long day is finally over, Kazuya and Chizuru walk back home holding hands like a normal couple. Mizuhara suddenly recalls something and tells Kazuya that there was another producer at the theater who watched her performance. He later contacted her and now she is under his tutelage. Kazuya realizes that she will be going back to stage soon, so he promises to be there for her just like last time. His rental girlfriend appears to be grateful for the support that she is receiving from him, which is why she wanted to share the news with him. 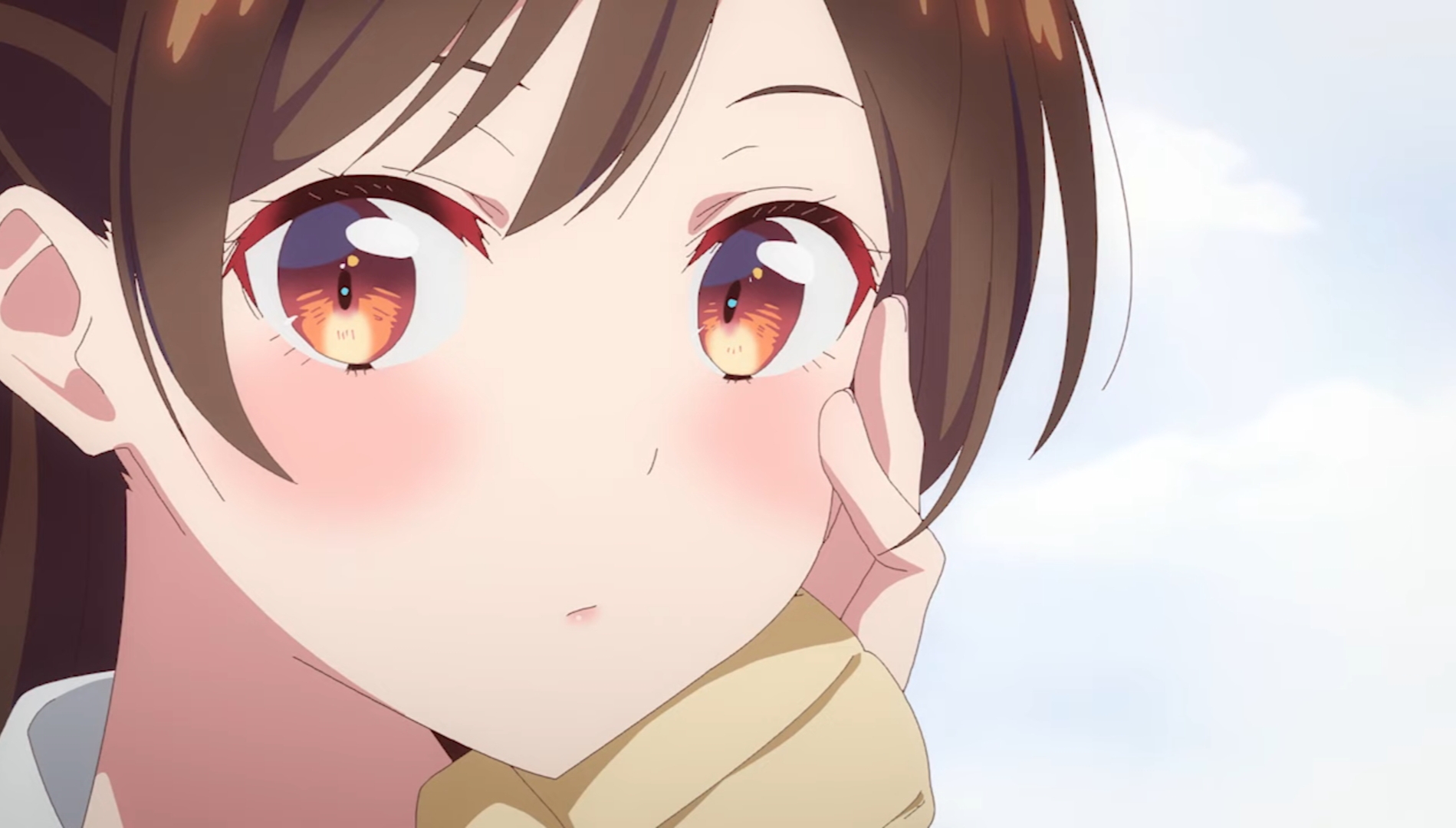 However, she also adds that acting opportunities mean that will be quitting her present job sometime in the near future, so he won’t be able to hire her anymore. Although it means that Kazuya may not be able to spend time with Mizuhara anymore, he is extremely happy to learn that she is getting closer to her dreams and all her hard work is finally paying off.