In the eighth episode of ‘Rent a Girlfriend’ season 2 titled ‘Kiss and Girlfriend,’ Kazuya’s grandmother learns about Chizuru’s birthday that she forgot to celebrate, so she decides to hold a joined party for her and Kazuya on the same day. Unfortunately due to unforeseen circumstances, Mizuhara gets stuck somewhere and has to seriously consider canceling her plans. Meanwhile, Ruka chooses to accompany her boyfriend to his house despite knowing that his family recognizes Mizuhara as his girlfriend. Here is everything you need to know about the ending of ‘Rent a Girlfriend’ or ‘Kanojo, Okarishimasu’ season 2 episode 9. SPOILERS AHEAD!!!

As Kazuya’s grandmother call him to discuss his birthday plans, she asks him about Mizuhara’s birthday as well. When her grandson confesses that he forgot to tell her about Mizuhara’s 20th birthday, she bursts out in anger. She then tells Kazuya that she will be holding a joint birthday party for him and his girlfriend. Therefore, he must bring Mizuhara with him at any cost. Kazuya is naturally concerned since he does not know whether she will be free to accompany him or not. 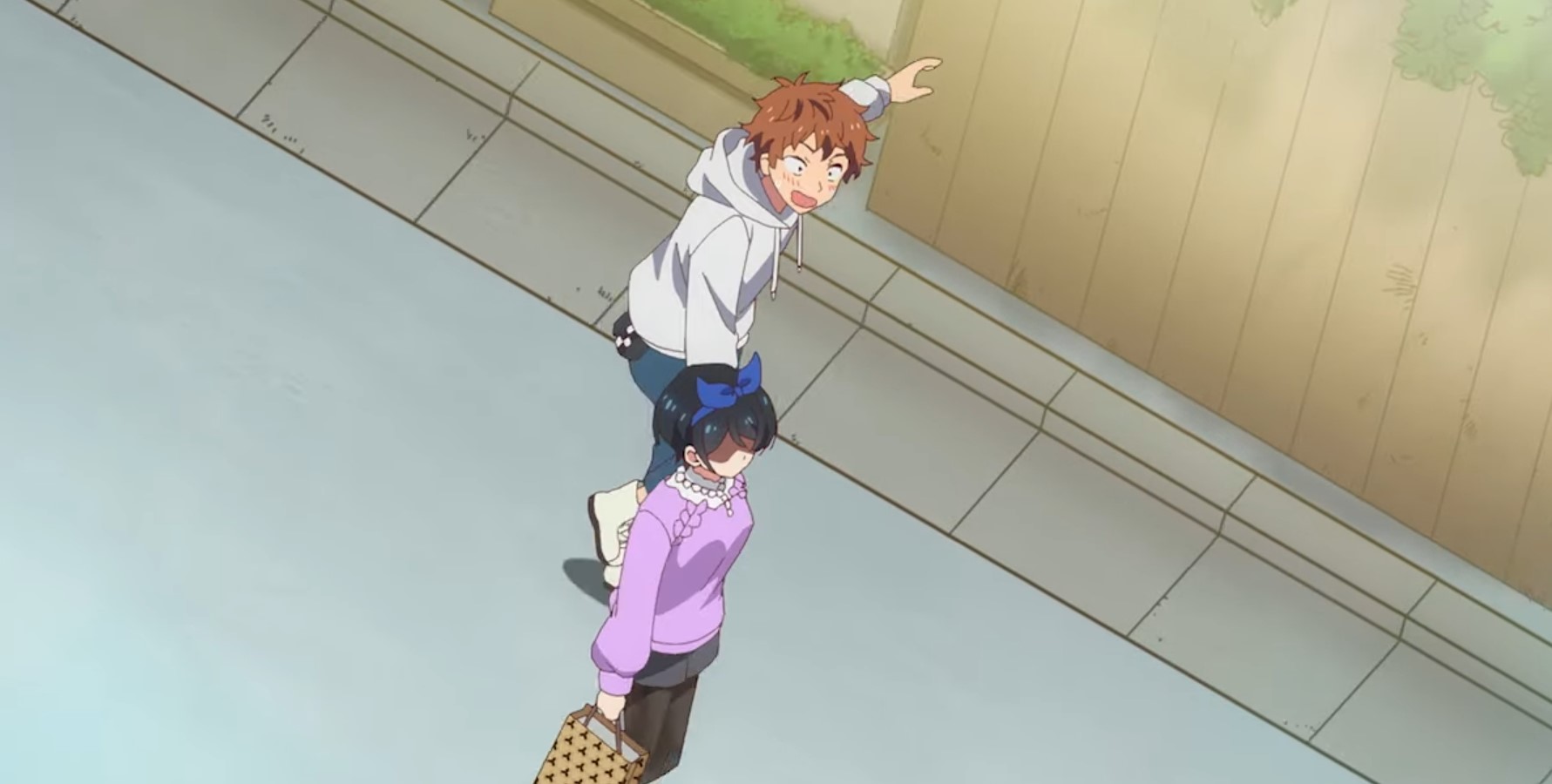 Therefore he immediately heads to the balcony and gets Mizuhara’s attention. He enquires whether she will be able to go to the party with him but is disappointed to learn that she is visiting her grandmother in the hospital on the same day and time. However, Mizuhara reassures him later that she will somehow make it to his house by 6 pm. Kazuya is thrilled since he knows that his grandmother will be happy to see her.

Unfortunately on the day of his birthday, he receives a call from Ruka who argues that she will also accompany him to his house for the party. Although Kazuya knows that things won’t end well, he can’t tell her not to come. The following afternoon, Ruka and Kazuya reach the latter’s house. Ruka makes herself comfortable and soon tries to bond with the rest of the family. She does a good job from her point of view but Kazuya’s grandmother only wants to see Chizuru and does not really care about her at all.

Therefore when Mizuhara is late, she grows impatient. Since Kazuya has not added her as a friend, he can’t even call her. Therefore, he has to wait for his message while Ruka is busy impressing his family. Luckily, Chizuru finally sends him a message and calls him moments later. When Kazuya tells his grandmother that Chizuru wants to talk to him, she can’t contain her excitement. Mizuhara apologizes for her absence on the call and informs her that her grandmother is not well so she probably won’t be able to make it to the party.

Rent A Girlfriend Season 2 Episode 9 Ending: Does Mizuhara Make it to the Party on Time? How Does She Win Over Kazuya’s Family?

After talking to Mizuhara on the phone, Kazuya’s grandmother feels that her absence is understandable. Meanwhile, when Mizuhara’s grandmother learns that she was supposed to be at Kazuya’s birthday party she immediately turns around and tells her to go. While Kazuya and his family have given up all hope, Mizuhara suddenly shows up at their house. 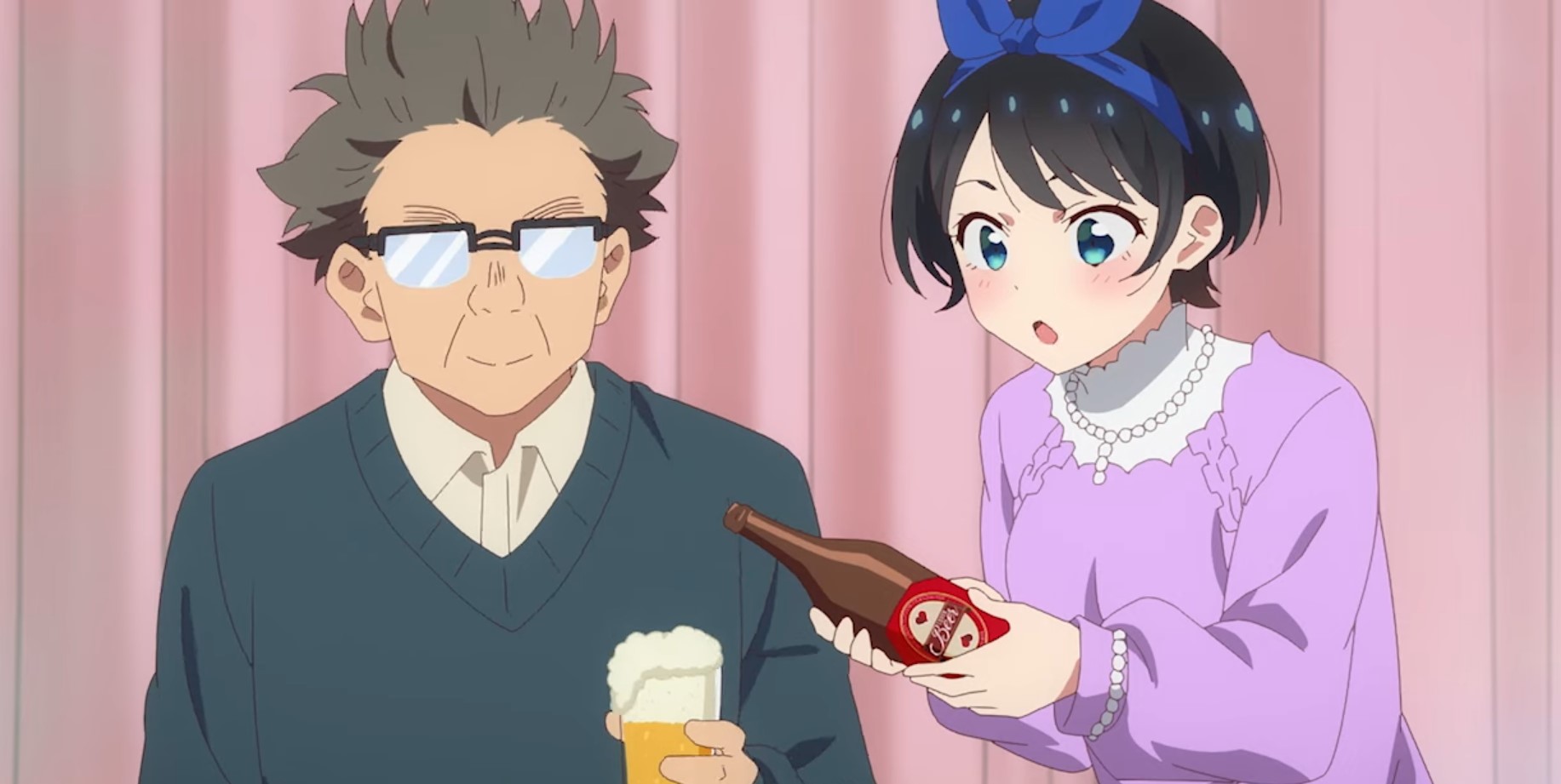 Kazuya’s grandmother can’t contain her excitement and her mood changes immediately. Ruka, who has been there for several hours now, feels threatened by Mizuhara’s presence. She is left dumbfounded when Mizuhara asks to visit Kazuya’s grandfather’s altar before allowing herself to sit with the family. Although grandmother was already impressed with her, this request makes everyone else in the family respect Kazuya’s rental girlfriend even more.

After gracefully praying at the altar, Mizuhara talks to the grandmother about her relationship with Kazuya, all the while listening to her advice with all her attention. Although her grandmother’s health concerns do turn out to be an obstacle, Mizuhara not only makes it to the party on time but also manages to impress everyone.

How Does Ruka Assert Herself As Kazuya’s Girlfriend After Mizuhara Steals All the Limelight?

After Mizuhara’s arrival, the attention of Kazuya’s family turns primarily towards Mizuhara, and Ruka gets completely ignored. Naturally, she feels infuriated but manages to keep her emotions in check in front of everyone. Luckily, when Kazuya’s grandmother suggests that the duo should already be living together, Ruka is in the toilet. Kazuya is happy that things are going along well between Mizuhara and his family. 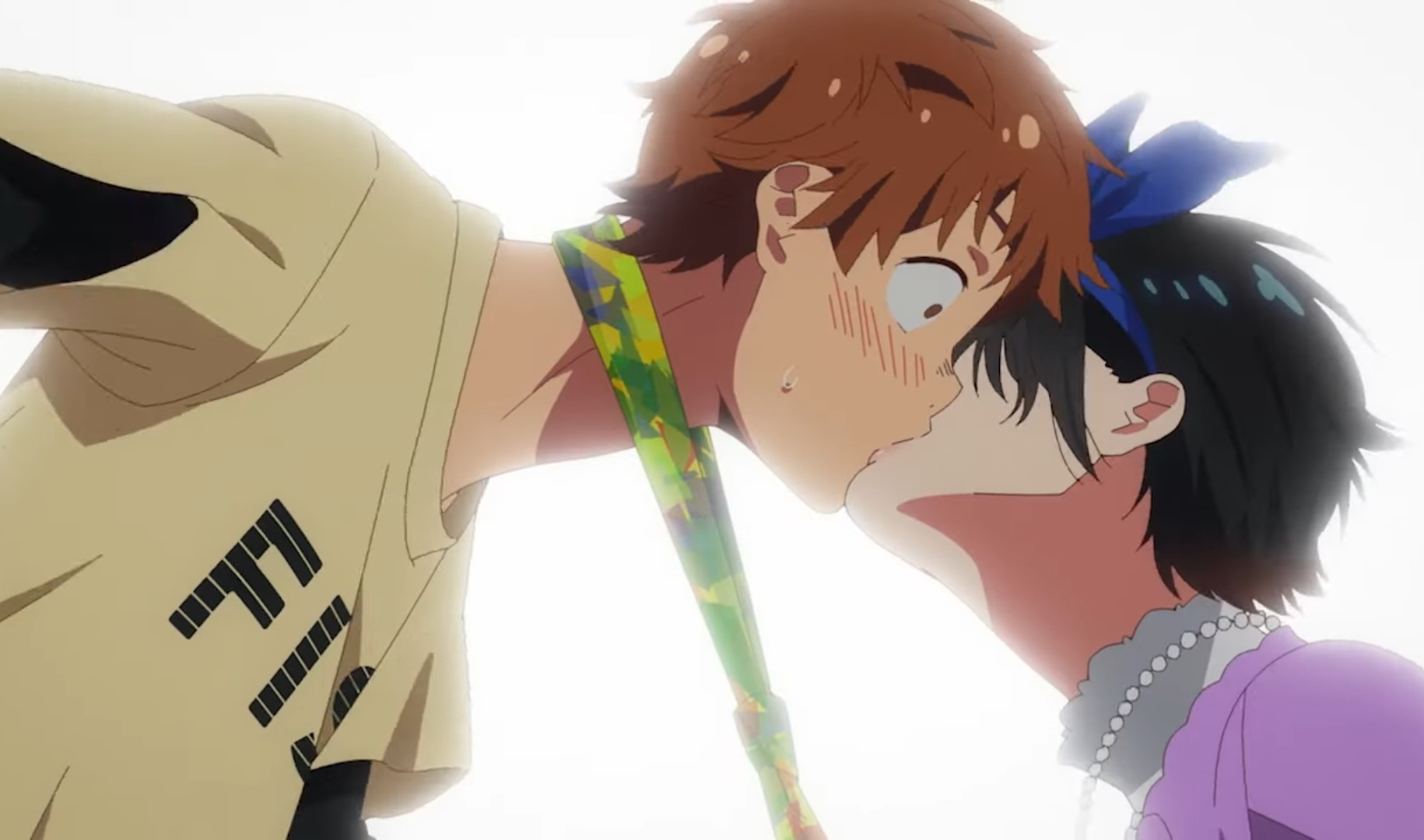 As he walks back towards the toilet, he sees Ruka standing next to the door staring at him. She appears to be lost in thought and does not say anything. However, after all the humiliation that she has suffered, Ruka decides to make it clear to Kazuya that she is his girlfriend. She grabs him by his necktie and pulls him closer. Before Kazuya can think, she kisses him on the lips. While his family may have overlooked her, Ruka makes it very clear to his boyfriend that she is not going anywhere.