Reunited and It Feels So Deadly: Filming Location and Cast Details 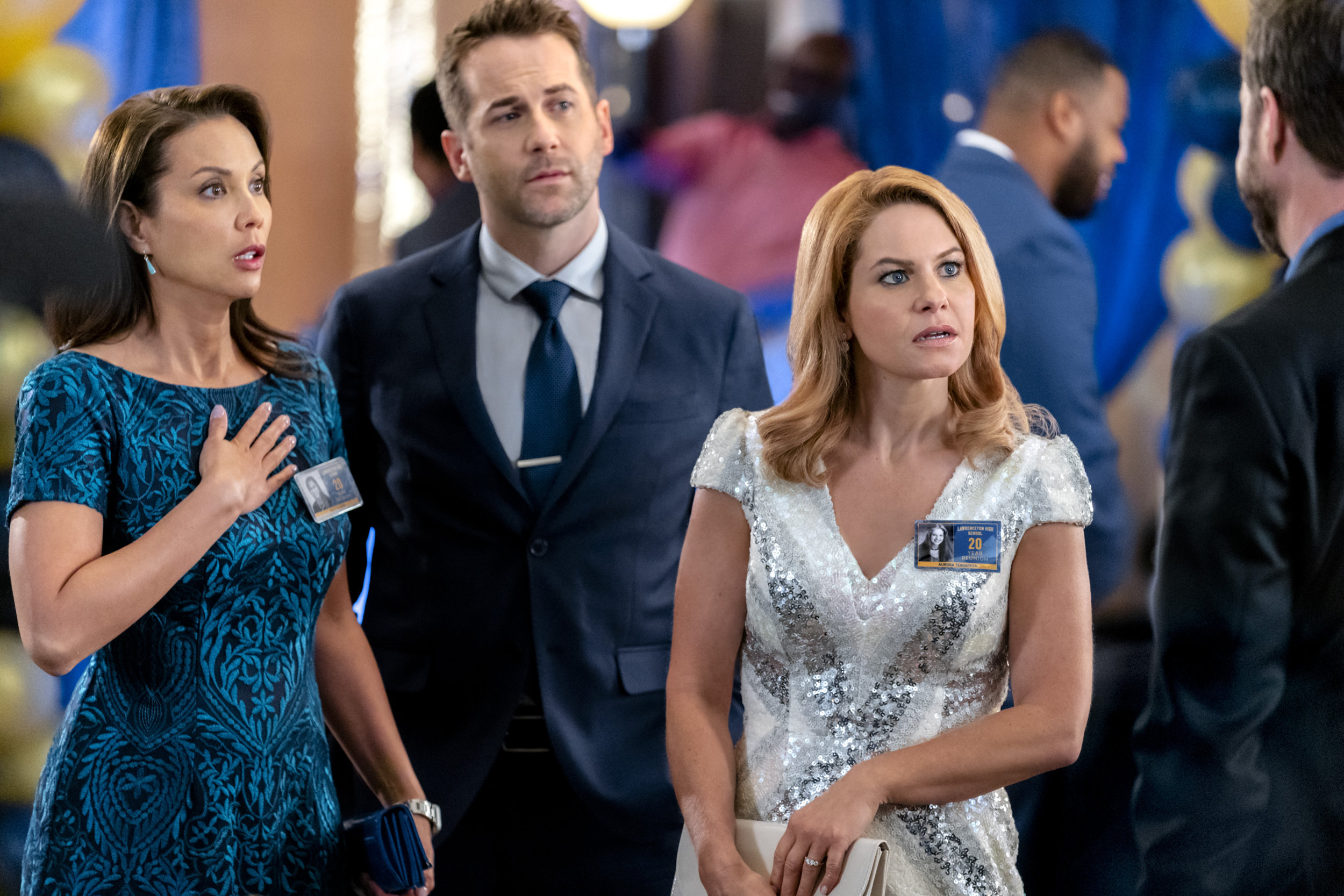 High school reunions do bring up a lot of emotions, but you wouldn’t expect a murder. For Aurora Teagarden (Candace Cameron Bure) and her fiancé, Nick Miller (Niall Matter), the 20th reunion of Lawrenceton High School would have been special since they would have liked to share the news of their recent engagement. But before they can even break the news to their friends, there emerges a dead body in the pool of the hotel. The Real Murders Club must come together to solve the mystery of the dead former Prom King.

‘Reunited and It Feels So Deadly’ is a part of the film series ‘Aurora Teagarden Mysteries.’ What is exciting about the film is that it spans across two timelines- one in the present where the reunion takes place and the other in the past, in their high school days. This keeps things fresh for the viewers as they try to draw a connection between the murder at the reunion and the dynamics of the people and how that might have been affected over the years. Let’s discuss the filming details, shall we?

Reunited and It Feels So Deadly Filming Locations

The special thing about the ‘Aurora Teagarden Mysteries’ is that it engages people into the story right from the beginning. The fans who watch these films are familiar with Aurora as a person and may even know a great deal about her life story. In that case, you also know how Aurora can’t help but get involved in solving a mystery. Let us take a look at the places that were a part of the making of this film!

The location for the film has been listed as Westin Bear Mountain in Langford. Miranda Frigon’s plays Detective Lynn Smith in the ‘Aurora Teagarden Mysteries’ series. By looking at her Instagram post, we can say with certainty that the Bear Mountain Resort was used for filming this particular movie. It makes for a great venue for a high school reunion as well as portions of it could be used to show the games field of the high school.

The Bridge Studios, Burnaby, was another site listed for the production of this film. It is North America’s third-largest production center, spanning over 15 acres of land. The studio offers one of the best facilities for indoor filming.

Reunited and It Feels So Deadly Cast

Being a part of the ‘Aurora Teagarden Mysteries,’ the lead actors reprise their roles in all the films of this film series. Candace Cameron Bure portrays the iconic librarian and sleuth, Aurora Teagarden. Candace is best known as D.J. Tanner on ‘Full House,’ and she returned to play the same for ‘Fuller House’ as well. Playing Aurora Teagarden has been her defining role in the industry.

Niall Matter, who plays Aurora’s love interest, Nick Miller, is known for ‘Primeval: New World’ and ‘Eureka.’ After which, he started to appear in multiple Hallmark films, one of them being ‘Marrying Father Christmas.’ The film also features Miranda Frigon as Lynn Smith, Lexa Doig as Sally, and Marilu Henner as Aida Teagarden (Aurora’s mother).