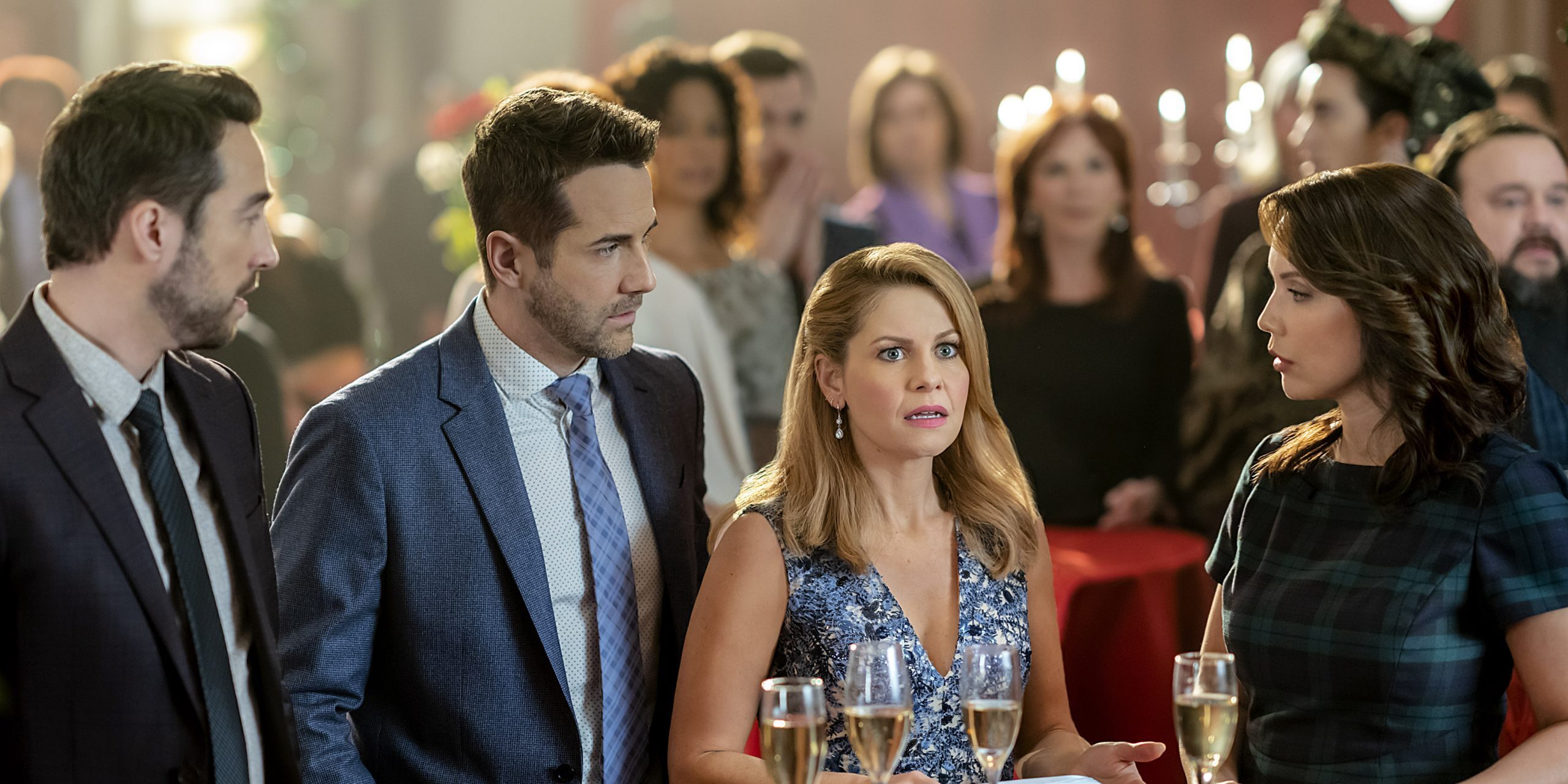 ‘Aurora Teagarden Mysteries: Heist and Seek’ is a mystery drama that revolves around the life of Aurora Teagarden, a professional librarian, who is also a true crime enthusiast and runs a Real Murders Club. The club comprises like-minded people who meet up to analyze and dissect infamous criminal cases. Aurora’s knowledge of the crime-world helps her in cracking an actual murder case. This results in her developing a knack for it, much to her mother’s chagrin. Now Aurora spends most of her time detangling mysteries and solving crimes.

In the 13th installment of the franchise, Aurora and her club members embark upon a quest to find the Tudor Crown thief, after a valuable crown which belongs to the Seattle Museum of History, goes missing during the annual fundraising event of Lawrencetown Library. Upon investigating, Aurora stumbles across two murder cases, which coincide with the details of the heist. Meanwhile, her boyfriend Nick is all set to propose her but is continuously interrupted by leads related to the case. Will Nick ever manage to pop the question?

‘Aurora Teagarden Mysteries’ is based on the character created by best-selling author Charlaine Harris for her eponymous novel series. Harris’ other work – The Southern Vampire Mysteries was adapted to screen as ‘True Blood.’ Peter Benson and Teena Booth are the directors, whereas Jim Head has penned the script. Let’s find out the filming sites.

A part of Hallmark Movies and Mysteries, the movie has been shot in Canada’s westernmost province, British Columbia, as the mild climate of the region beautifully blends with the tone of the movie. And of course, there are tax benefits given by the government. The production commenced on January 27, 2020 and wrapped up on February 14, 2020. Here are the specific locations where the television film was shot.

Known as the Raspberry Capital of Canada, Abbotsford is located east of Vancouver, adjacent to the Fraser Valley, in British Columbia, Canada. The pleasant weather, coupled with mild rain, helped the makers in filming the chilling mystery of two murders in Abbotsford, British Columbia.

Some of the scenes were shot at the famous wedding venue and heritage site, Clayburn Village Schoolhouse, which is located on 4315 Wright St, Abbotsford, BC V2S 7Y8, Canada.

Here’s another picture that was taken while filming at the popular wedding and engagement destination. The entire hall was revamped with warm lighting and red drapes, to pass off as an auction event.

Cinematographer Pieter Stathis, shared multiple pictures along with his crew members, from the set in Abbotsford.

Here’s a behind the scenes picture of the cast, showcasing the fun they had while shooting of the fundraising event in the film.

Apart from Abbotsford, many scenes were filmed in the city of Langley, a municipality in Metro Vancouver. Below is an Instagram post revealing the same.

The six-lane Golden Ears Bridge that connects Langley to Maple Ridge and Pitt Meadows doubled up as a filming location for the film.

Director Peter Benson shared a picture with Candance Bure, on the final day of shooting.

In one of Candace’s Instagram stories, she had confirmed that a few scenes were also shot at one of the most popular Hallmark filming locations, Vancouver.

Candance Cameron Bure headlines the cast as the librarian and sleuth, Aurora Teagarden, in all the installments of the franchise. You may recognize her as D.J. Tanner from ‘Full House’ and ‘Fuller House.’ Her other credits include ‘Boy Meets World,’ ‘Make It or Break It,’ and many Hallmark movies. Joining her as her boyfriend Nick Miller is Niall Matter. He is best known for ‘The Good Doctor,’ ‘Supernatural,’ and ‘iZombie.’