11 TV Shows You Must Watch if You Love iZombie 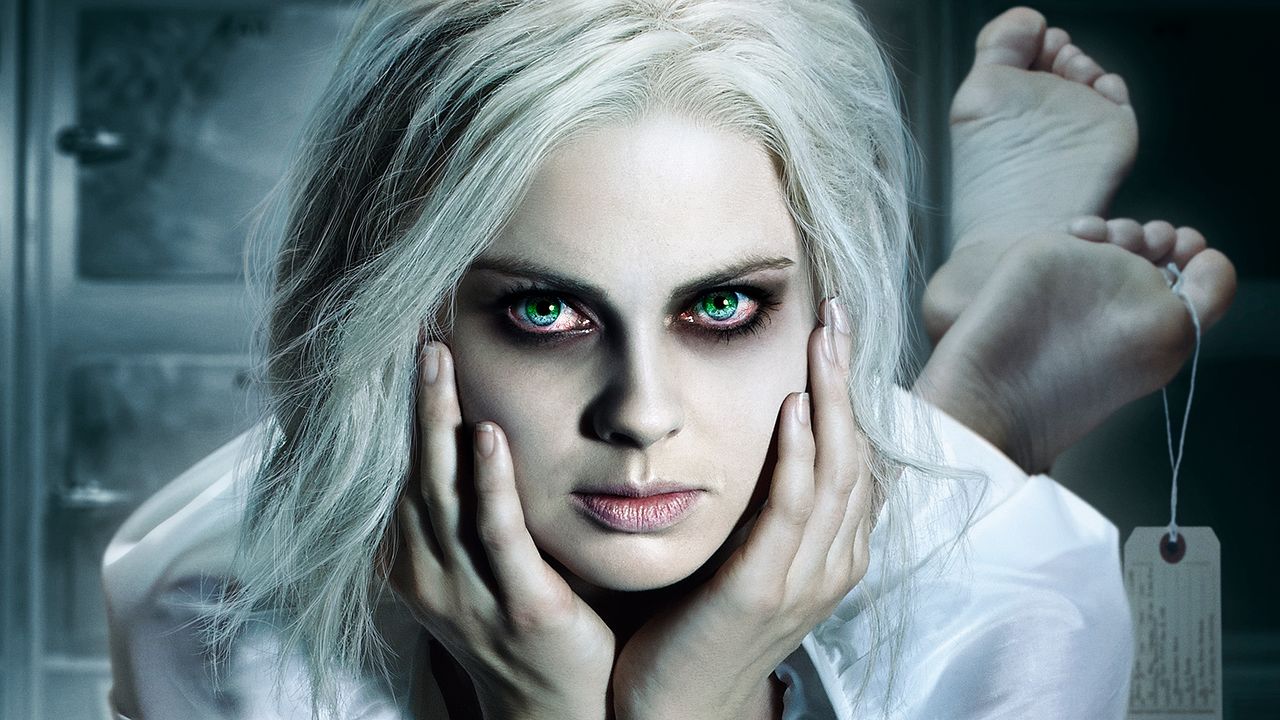 Developed by Rob Thomas and Diane Ruggiero-Wright, ‘iZombie’ is inspired by Chris Roberson and Michael Allred’s comic book series of the same name. The five-season show aired on CW Network from 2015 to 2019. It revolves around a brilliant medical resident named Olivia (Liv) who lives in Seattle and has her entire future figured out. However, while attending a pool party, she is transformed into a zombie, which leads her to abandon her career, family, and boyfriend, thereby, turning her whole life upside down.

Olivia gradually learns that if she does not satisfy her periodic cravings for human brains, she develops a tendency to become those soulless, homicidal, and crazy zombies. So in order to avoid surviving by killing innocents, she takes up a job at the King County morgue where she feeds on the brains of the dead bodies autopsied by her. Her secret is soon discovered by her boss, who slowly grows to be a close and trusted friend of hers. Liv gradually comes to know that when she eats the brain of any person, she is temporarily given glimpses into that particular individual’s memory. And this proves quite helpful for the victims of murders. Thus, Liv joins hands with Police Detective Clive Babineaux in order to help him solve homicides and later, even Clive learns about Liv’s condition. Meanwhile, Ravi tries to discover a cure for her affliction.

So now, if you have finished watching all the episodes of this show and your Monday nights are already feeling empty, then it’s time to look for some alternatives. Here’s the list of best shows similar to ‘iZombie’ that are our recommendations. You can watch several of these series like ‘iZombie’ on Netflix, Hulu or Amazon Prime. 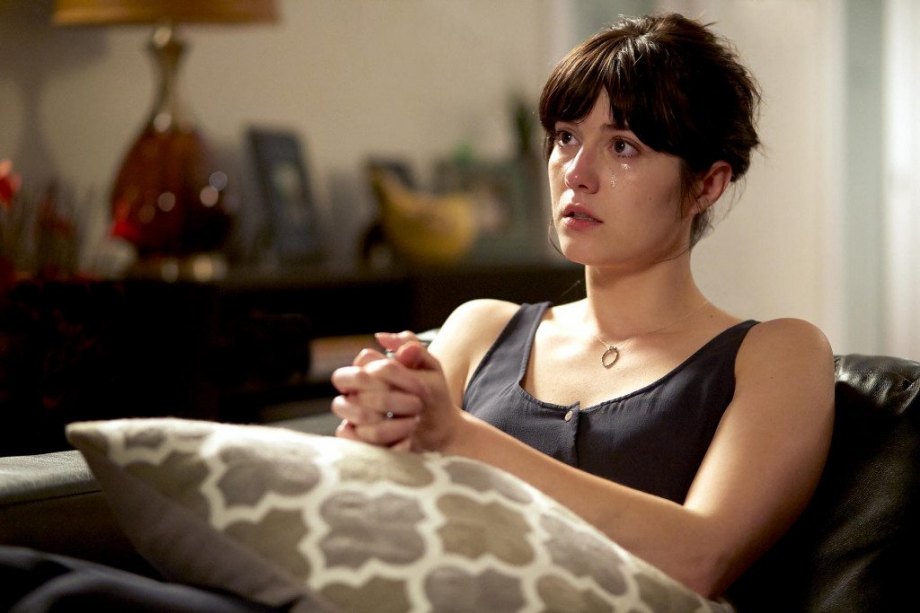 ‘The Returned’, developed by Carlton Cuse, is based on the critically acclaimed French series, ‘Les Revenants’. The events take place in a small town where, suddenly, deceased people start appearing. They seem healthy, normal, and do not seem to remember that they were dead all this while. However, this strange phenomenon changes the lives of the current residents and those connected to these locals, who were believed to be long gone till now. Although families are reunited, the lives of those who had survived after their close ones had died now face emotional crises. The episodes try to focus on the positive and detrimental consequences after the undead’s arrival and attempt to unravel the mystery behind this weird occurrence. 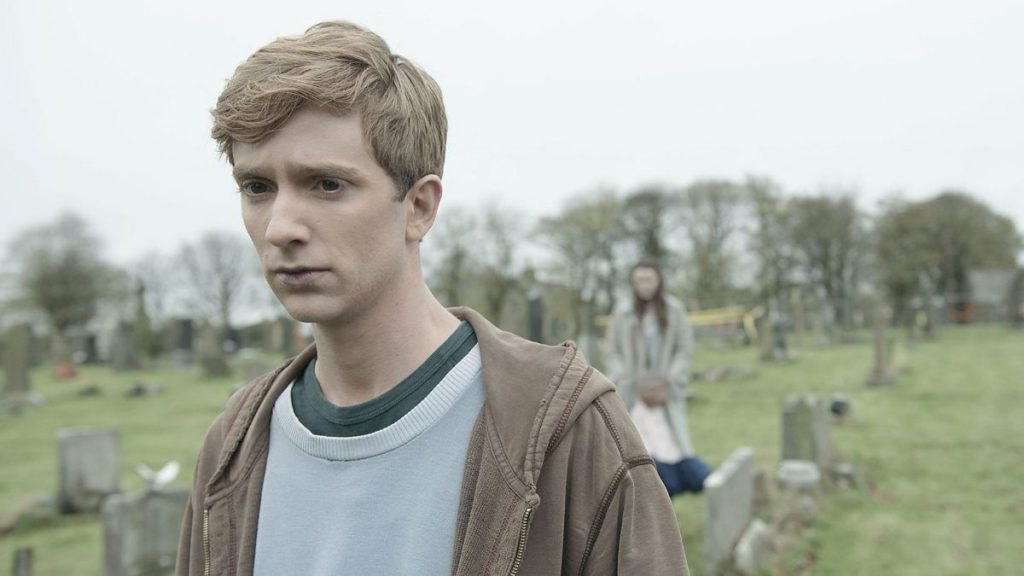 A BBC supernatural drama, ‘In the Flesh’ is written and created by Dominic Mitchell and premiered on 17th March 2013. It is set in Roarton, a fictional village in Lancashire, many years after “The Rising”, a 2010-event which had resulted in several 2009-dead people being re-animated as flesh-eating, murderous zombies. Now, the threat has almost subsided by deploying numerous local armed forces. A scientific cure has also been developed, which restores consciousness. These medicated zombies are then kept in a government rehabilitation center and later on, introduced to society. The story is mainly centered around one such reanimated teen Kieren Walker after he returns to his community. However, he is still haunted by painful memories of the atrocities committed by him during his rabid state and struggles to accept his existence. 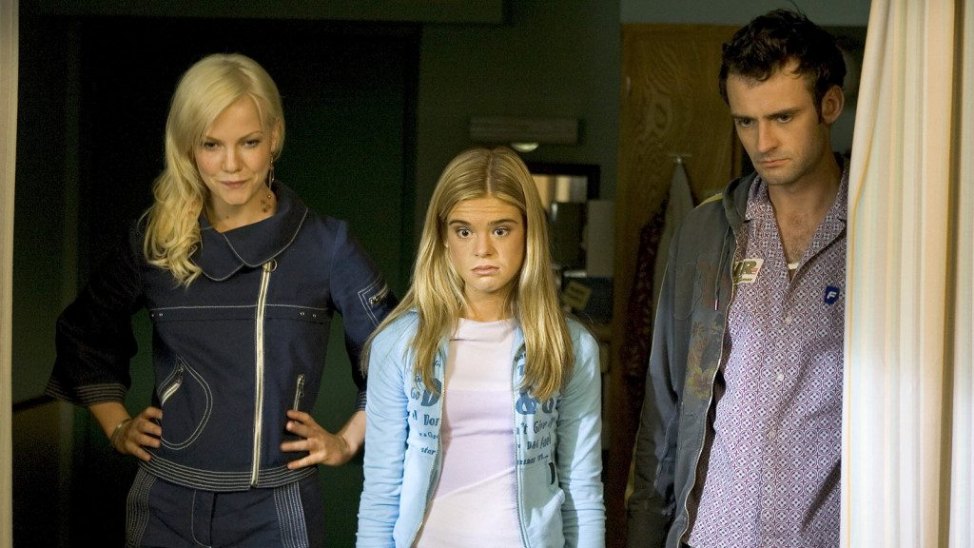 A highly entertaining comedy-drama series, ‘Dead Like Me’, created by Bryan Fuller, is set in Seattle, Washington. The two-season show introduces us to 18-year-old Georgia, who, after her death, becomes a grim reaper. Her job, along with a team of other reapers, is to escort souls to the afterlife. ‘Dead Like Me’ also focuses on her mother and family as they deal with her death. 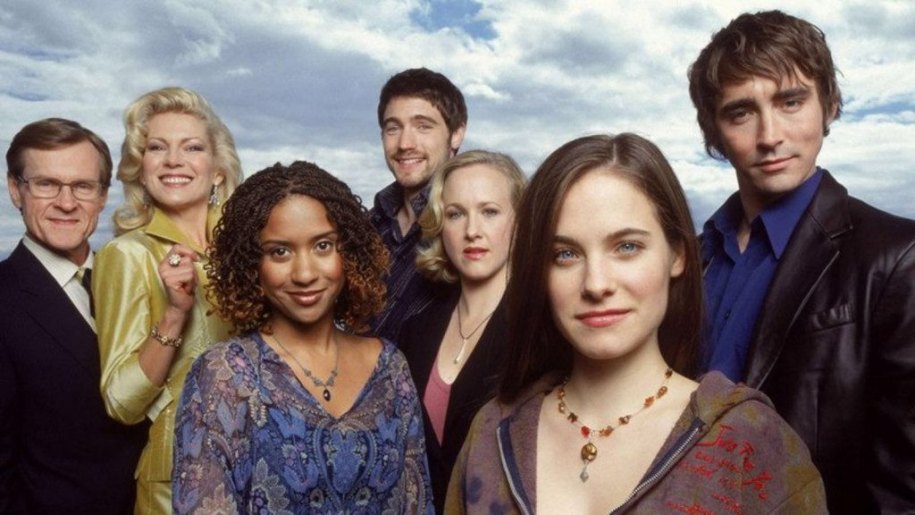 ‘Wonderfalls’, created by Bryan Fuller and Todd Holland, introduces us to Jaye Tyler, a fresh graduate with a philosophy degree, who is employed as a sales clerk at a gift shop in Niagara Falls. She has the ability to communicate with certain animal figures, such as a wax lion, brass monkey, stuffed bear, and mounted fish, to name a few. They guide her with their advice as she attempts to help people in need.

‘The Walking Dead’, adapted from Robert Kirkman, Tony Moore, and Charlie Adlard’s comic series of the same name, is a dystopic horror series that depicts a zombie apocalypse. It centers around a group of survivors who thwart attacks and threats from these killer entities called “walkers”. Not only this, but the remaining humans also have to struggle with each other as conflicts arise among the different communities, which have their own laws and morals.

The series primarily revolves around the sheriff’s deputy Rick Grimes, who revives after his comatose state in a world dominated by zombies. He then collects several survivors and leads a team in the Atlanta, Georgia region. The sole aim of this team is to protect themselves from the walkers while combating threats from other groups who are willing to stoop to any level to stay alive. Since its release, ‘The Walking Dead’ has gone on to be regarded as one of the most popular shows on TV and has a rating of 80% on Rotten Tomatoes. 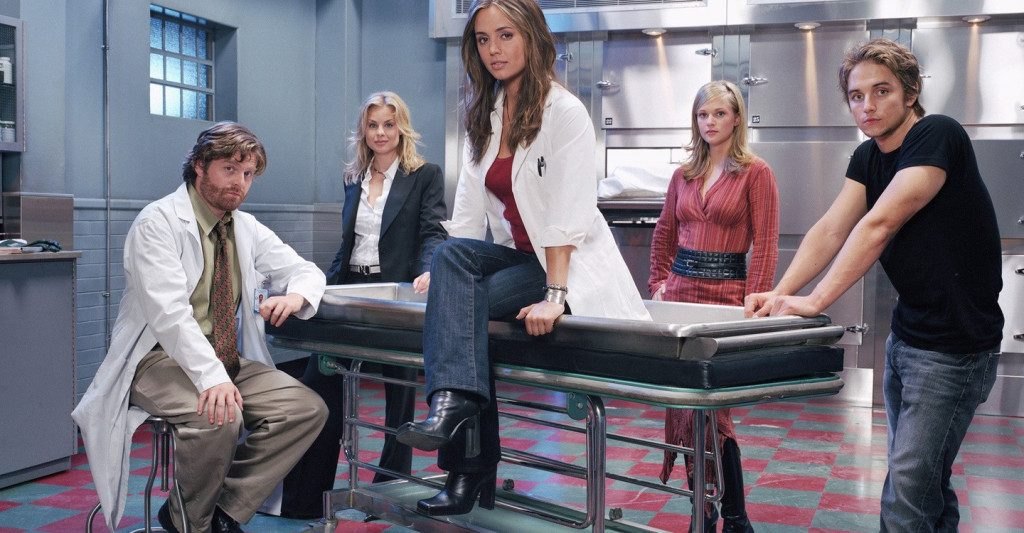 ‘Tru Calling’, another supernatural drama series, ran on Fox from October 30, 2003 to March 11, 2005. The story is about 20-something Tru Davies, a medical student working at the city morgue. When one of the corpses suddenly becomes alive and asks her for help, she realizes that she has a remarkable power to relive their past and prevent deaths. However, she must learn to control her abilities while simultaneously dealing with her personal troubles. 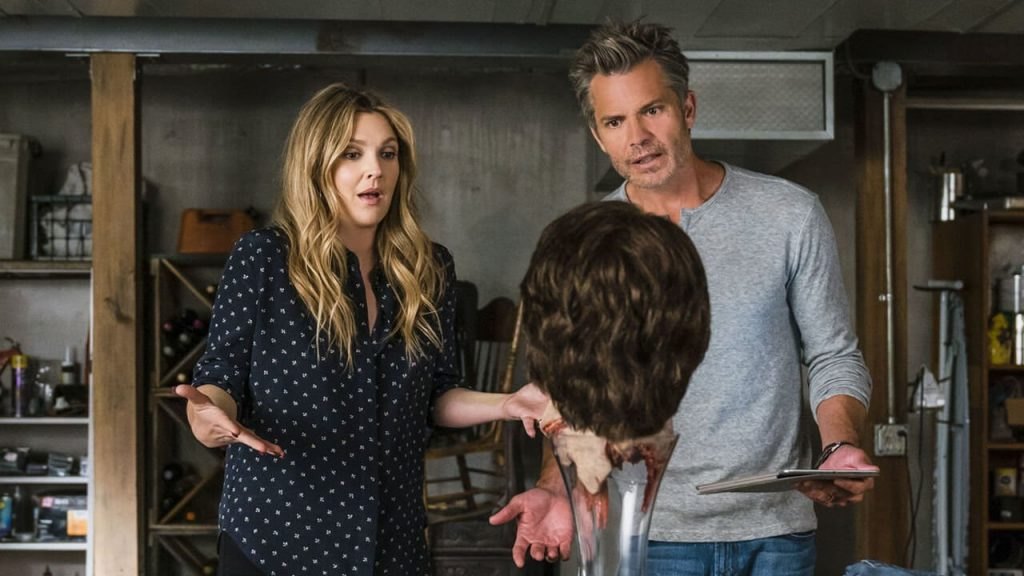 ‘Santa Clarita Diet’, which debuted on Netflix on February 3, 2017, is a horror-comedy drama that revolves around a seemingly regular suburban couple, Joel and Sheila Hammond. However, when Shelia is transformed into a zombie and starts craving for human flesh, Joel and her family try to cooperate and support her. Meanwhile, they have to figure out a solution for this while also tackling problems related to neighbors and cultural norms. 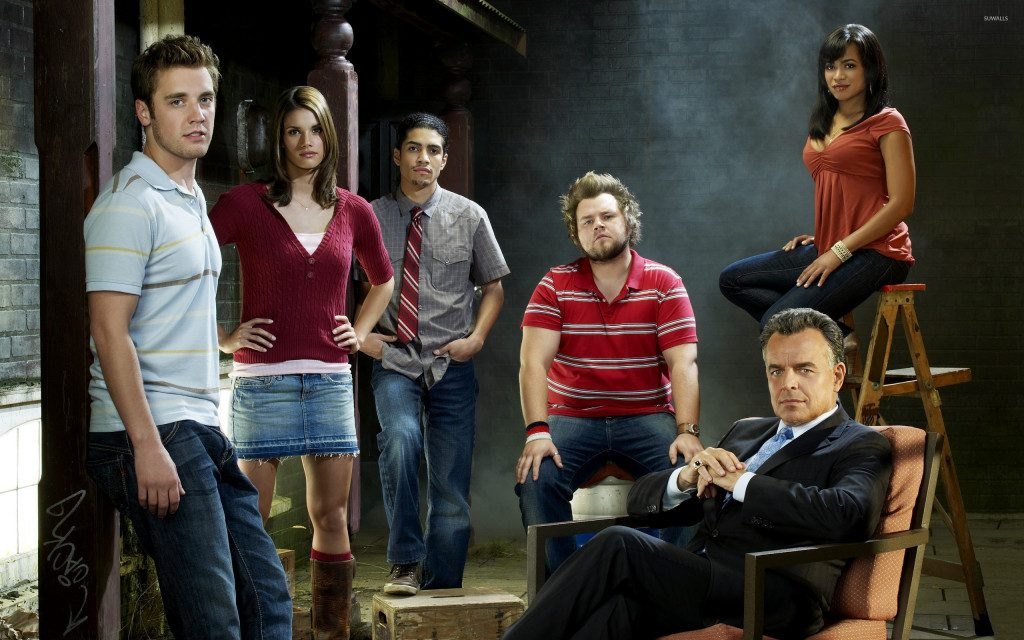 ‘Reaper’, a CW supernatural-comedy series, revolves around Sam Oliver. He works for Satan and captures escaped souls from Hell, thereby, returning them back to the underworld. Though the show is flawed in parts, it definitely deserves a special mention. 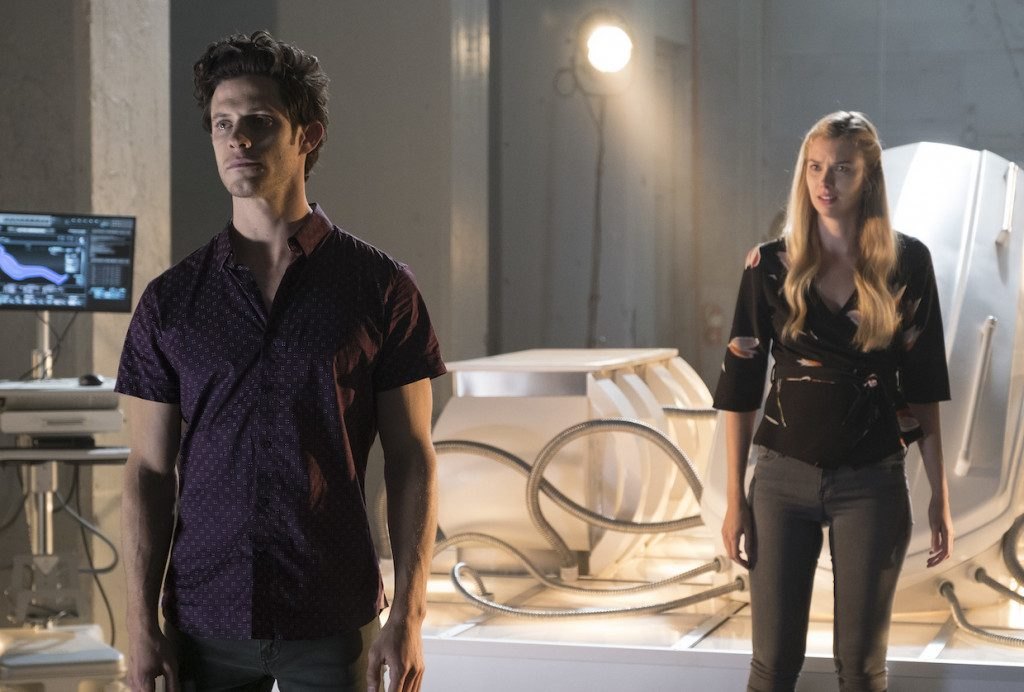 Created by Jeffrey Alan Schechter, ‘Stitchers’ premiered on June 2, 2015, on ABC Family and follows the protagonist named Kirsten Clark. She is recruited into a government agency to undergo a process where she is “stitched” into the memories of recently dead people. She then gets insights into their past and this information is used to solve their cases. Other participants in this covert mission include the brilliant neuroscientist Dr. Cameron Goodkin, the head of operation Maggie Baptiste and bioelectrical engineer Linus Ahluwalia. 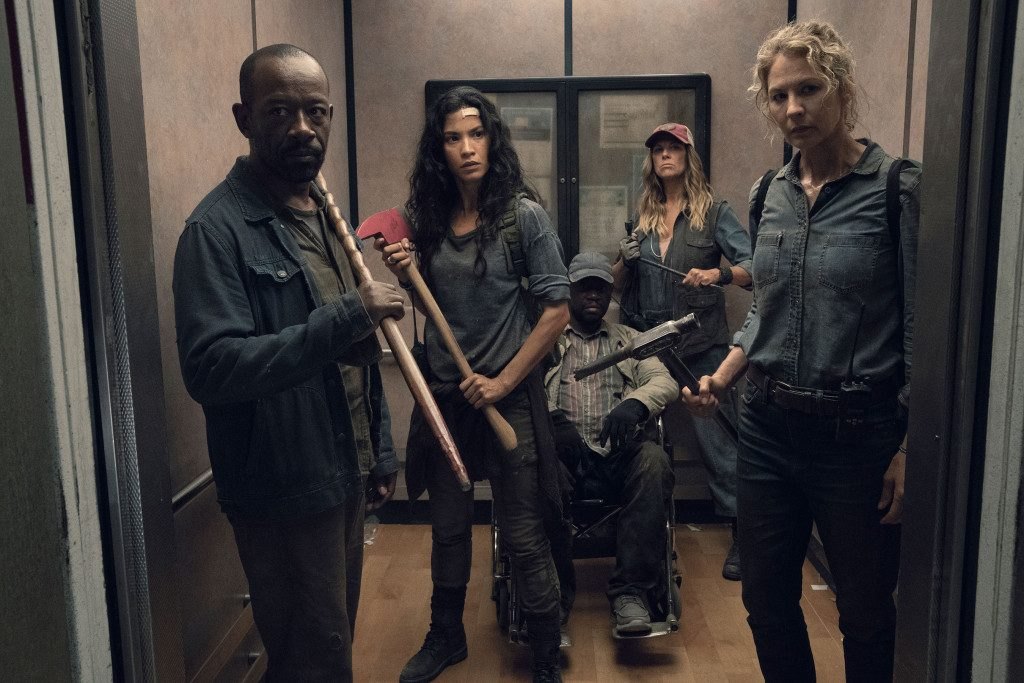 A spin-off and a prequel to ‘The Walking Dead’, ‘Fear The Walking Dead’ takes us across Los Angeles and Mexico where a dysfunctional, blended family, joined by several other members later on, attempt to survive a zombie apocalypse. During this ordeal, they must equip themselves well, learn new skills and adopt new attitudes to survive the world. 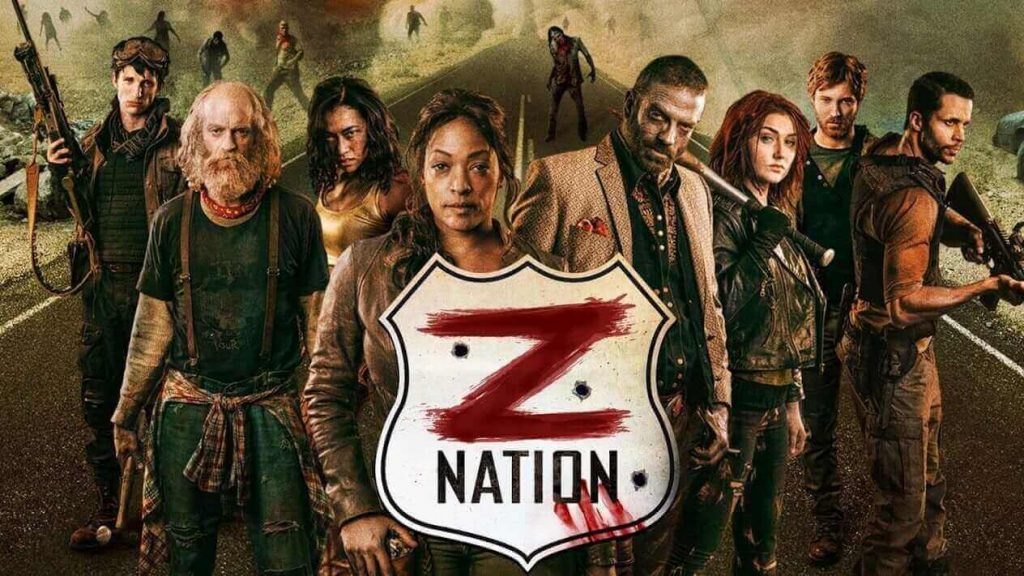 ‘Z Nation’ is set in an era two years after a zombie apocalypse that wiped out most of humanity. The show revolves around Murphy, one among three inmates who was administered a test vaccine to see if it worked against the zombie virus. However, while the other two subjects died, he survived. Now, Murphy is the only human who lived through a zombie bite and did not transform into one. In fact, his blood has antibodies, which makes him a hybrid of a human and zombie. He is currently the only hope for mankind. The story follows him as he travels with a certain group of survivors under the leadership of Simon “Citizen Z”. The team aims to use him as a means to cure humanity of this deadly epidemic.