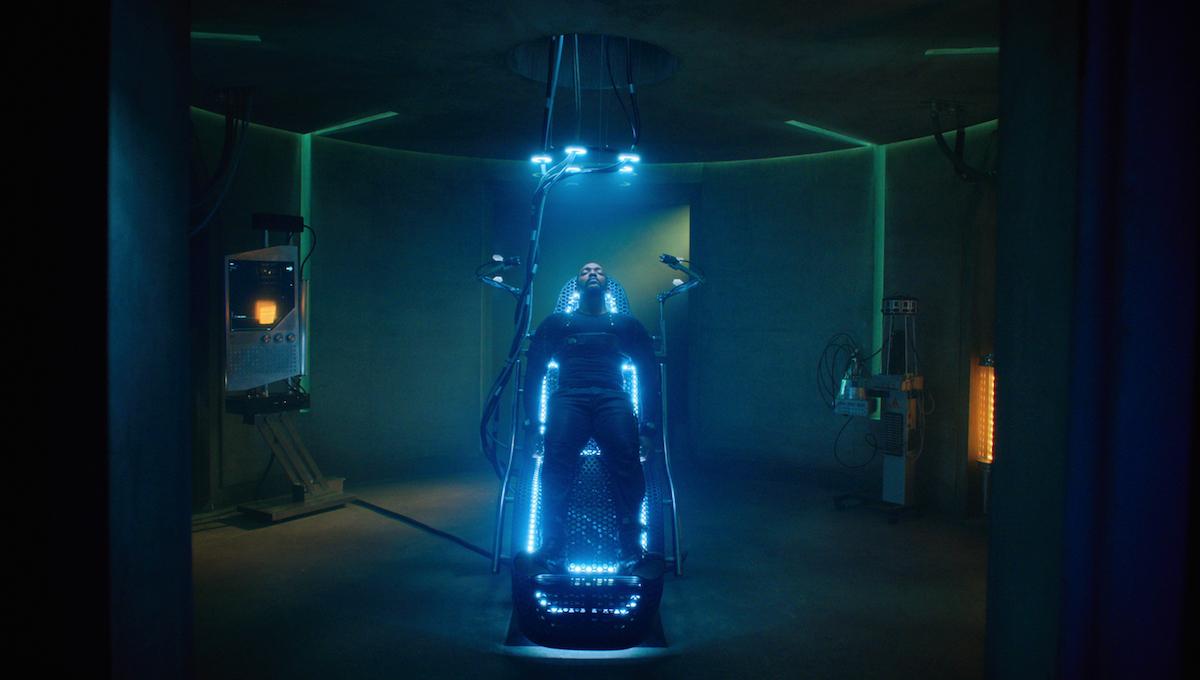 In one of the previous episodes, Takeshi Kovacs, in one of his illuminating monologues about the moral dilemmas of immortality, says something like this: having an endless future also means having an endless past. This past is made up of the ghosts that you try to leave behind, but they’ll stay with you no matter where you go, no matter what sleeve you take. And Kovacs is intimately familiar with this. In his long life, he has been to a number of worlds and been with a number of people. Despite his unwelcoming behaviour, he has made connections and he might not show it but he cares about these people, as Poe, too, tends to believe.

But another thing that we simply can’t ignore is the fact that where he goes blood follows. Even if he doesn’t intend it, people close to him get hurt, primarily due to his connection with him. In ‘Nightmare Alley’, he comes face to face with the results of his actions. He has to face the past and survive the torment if he is to get out of his prison and find Quell.

Captured by Colonel Carrera, Takeshi Kovacs is taken to Danica Harlan. No one knows that Quellcrist Falconer was the one who caused the bloodbath at the club and Kovacs intends to keep it that way. However, the Meths and the Protectorate want to know how Axley and others were real death-ed and because Kovacs won’t give them a straight answer, they will resort to other techniques to make him talk.

He is sent to the Circle, a torture chamber where he’ll have to fight to death against the very people that he dearly loves. As he is forced to confront his past, Kovacs also comes face to face with an old enemy. Meanwhile, Poe tries to get help for his friend. He tries to get Trepp on his side but she is not interested. She has her own problems to take care of. With nowhere else to go, Poe turns towards other AIs. He makes a new friend who joins hands with him to break the Circle.

In the future, people have found creative ways to torture each other. We are introduced to the horror of virtual torture in the first season when Kovacs is captured and brought to a facility specially designed to torment people. But his training has prepared him for every situation, which is why he breaks out of virtual. He has done it too many times now for both him and us to take it too seriously. So, what do you do to make him suffer worse than what he has already survived? You add the twist of love.

No matter how advanced humans become, some things will always remain the same about us. ‘Altered Carbon’ has created an awe-inspiring world, but remains grounded enough to show us the disparities that have and will always exist in humankind. The Meths, the richest of the richest, have become gods of the new world by essentially gaining a monopoly over immortality. The rich are getting richer and the poor are getting poorer, the revolutions for an equal society are being curbed, and the revolutionaries are being tagged as terrorists.

Another thing that is embedded in our DNA is violence. Be it the love of the Romans for gladiator fights or the Meths betting on the Circle, a new torture technique designed for the prisoner who is to be executed. If blood is to flow, why not make a show out of it! We have seen this before, in the first season, where a married couple fights each other to get an upgraded sleeve. This time, the prisoner has to fight the ghosts of their past, a perfect psychological agony.

The third episode mostly focuses on Kovacs’ time in captivity. It takes him on a guilt trip which allows us to see some familiar faces from the previous season. While a friend from the past finally shows up at the time of need, we also find an archenemy waiting for Kovacs in a new sleeve. If it wasn’t already too personal for him, it has become so now.