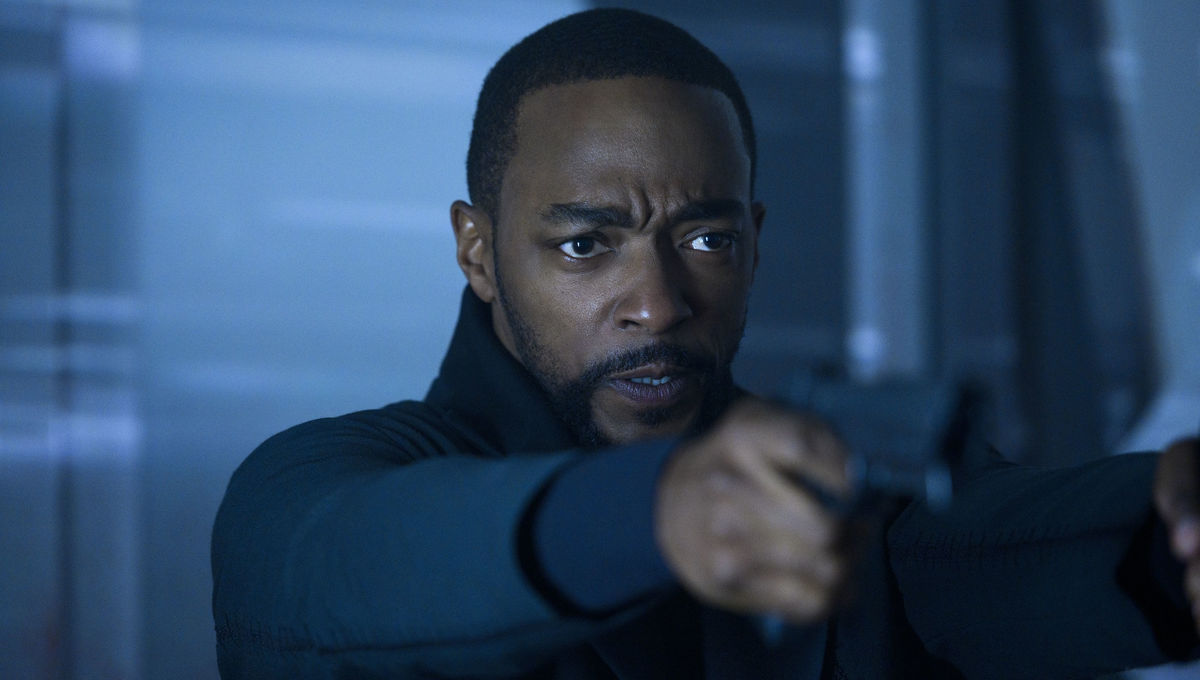 Round two of ‘Altered Carbon’ comes to an end with the fight against the very thing that allowed humans to stand against mortality. The past catches up with Harlan’s World and after the founders have paid their due, it is the turn of the inhabitants of the planet to suffer the wrath of the old gods. The final episode challenges the constraints of humanity, and as a side note, seems to warn us of the consequences if we really do get our hands on some alien tech! Our fear and insecurity will bring us down, sooner or later, and we will eventually have to rely on someone like Quellcrist Falconer to save the day.

With the picture complete in front of them, Kovacs and Quell have to face the next challenge. They have to stop the Elder from destroying life as they know it on Harlan’s World. Earlier, the pact with Quell had kept it at bay, and it agreed to get revenge on just the Founders. But now that it has been forced out of her stack, it finds a way out through Jaeger and decides to unleash Angelfire on the entire planet, wiping off humanity from it.

Because it is a desperate time, the desperate measure requires them to ask for help from Danica Harlan. She is the only one who can lead them to Konrad Harlan, the last remaining founder. But it turns out that there was a very good reason why he chose to forgo his power and why the illusion of his presence in the virtual was maintained.

In any case, the planet must be saved and Quell comes up with a plan. Soon, Kovacs realises that it is yet another “save everyone and die” kind of heroic gesture. Poe tries to provide some assistance but his own health finally gives in and he is forced to leave the scene before finding out how things turned out for humanity.

The events of the Season 2 come to an explosive end in the finale. The stack of mysteries that ‘Altered Carbon’ had opened up this time around was brought to a conclusion with the penultimate episode. The final episode, thus, focuses only the final showdown, testing the balance on which the fate of Harlan’s World rests.

As a whole, this season has used the opportunity to build upon the universe created in the series. While the first season was confined to the life and history of Takeshi Kovacs, the second season moves beyond him and encompasses the creation of Harlan’s World. It also gives emphasis to the supporting characters, while increasing the slate considerably and ends at a note that paves way for the next season that promises even more exciting time for the world of ‘Altered Carbon’.

One could say that there are a number of tropes from the previous season that this one held on to, with regards to storytelling. Comparing both the seasons, the pattern of Kovacs’ quest felt somewhat repetitive. However, the addition to the mythology of the story made up for it and even when you could see what challenges the future holds for the protagonists, you’d also be interested in finding out how its fallout would mould the story for him.

Apart from adding more details to its world, the show also makes use of these loopholes to cheat the idea of death, just like the people in its world have gotten used to. Interestingly, it not only allows the storytellers to hold on to the desired things from the past while discarding everything else that has already been said. Take, for example, the reintroduction of Will Yun Lee as his own character, giving him a clean slate to start with while also enjoying the richness of Takeshi Kovacs’ history. It is little tricks like these that keep it interesting, especially when the scantily shrouded mysteries get the thrill of the chase out of the way.

In terms of engaging the audience with the case that Kovacs has to solve, this season didn’t stand as strong as compared to the first one. However, Mackie’s presence and Poe’s affability worked their magic and we have reason enough to come back for more.