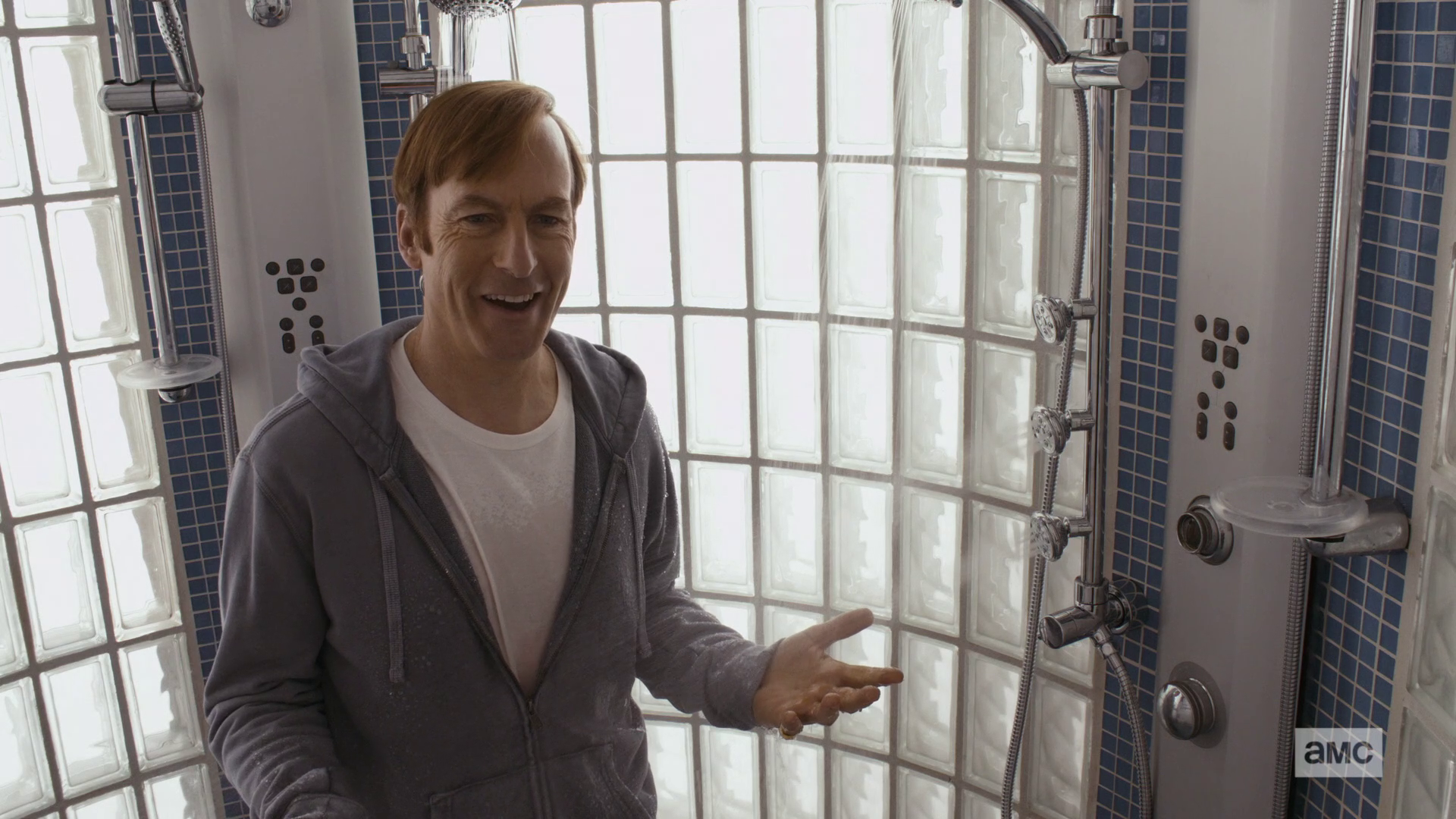 Remember when Jimmy McGill, recently turned to Saul Goodman, assured Kim that his 50% off on non-violent felonies, wouldn’t encourage criminal activities? Well, that turns out to be a big mistake. We aren’t prepared to accept that Saul or Jimmy blatantly ignored the consequences. It is far more likely that he did not account for how instinct-driven, and monumentally stupid the client base actually is.

‘Better Call Saul‘ Season 5 Episode 2 squarely focuses on Saul’s clients, using them to tie in the episode. Obviously, there are plenty of other arcs going on alongside. Curious to find out what happens? Read our recap and review below. Spoilers ahead! 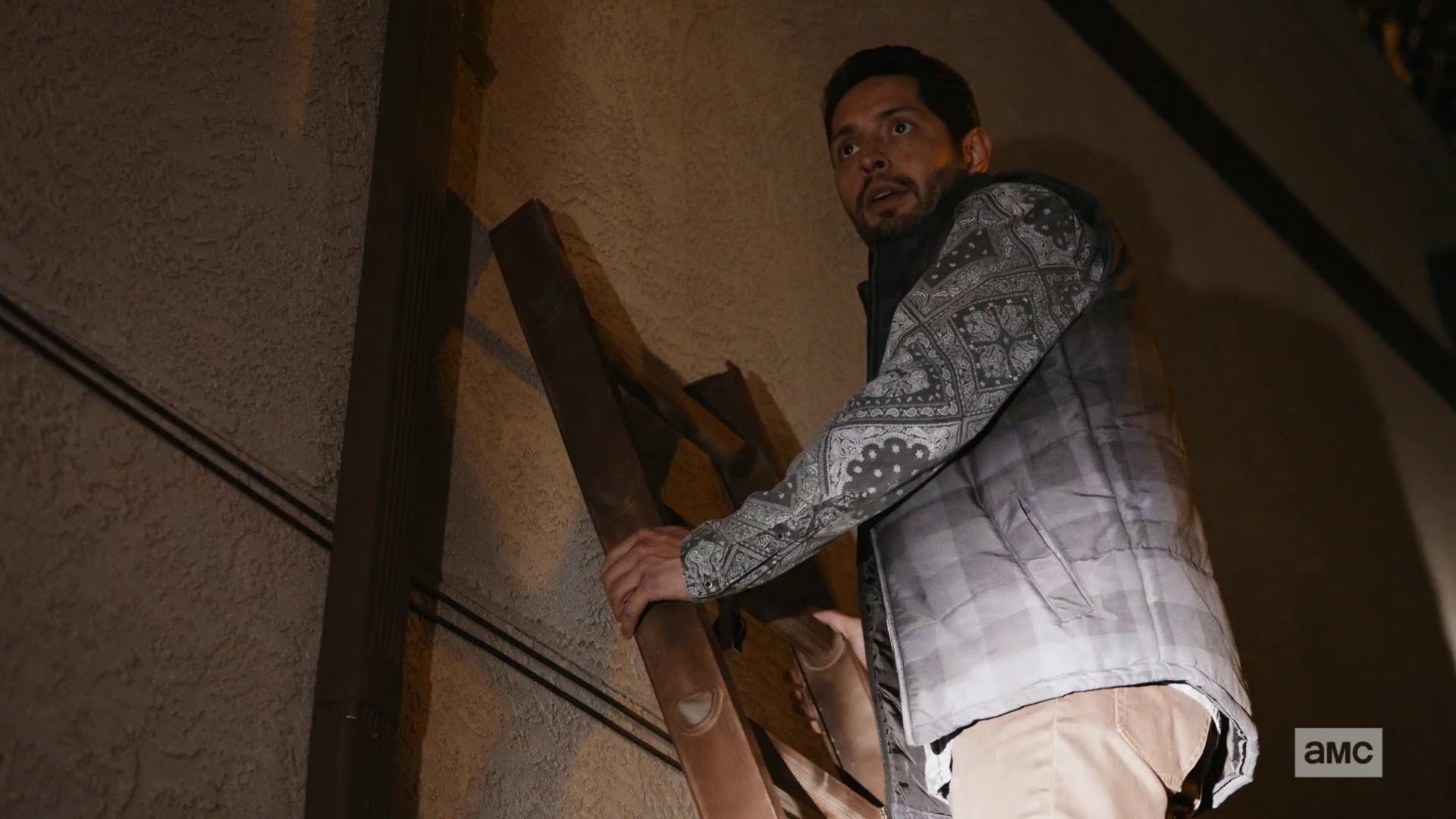 The episode starts with two of Saul’s clients making full use of the 50% off, offer, to go on a drug binge, which involves stealing, and general vandalism of property. Meanwhile, Jimmy and Kim’s relationship grows more strained. Kim cannot seem to find her clothes amidst the garish suits that are synonymous with Saul Goodman.

Just as we feel that their relationship might be on the rocks, Jimmy convinces her to go and check out a new house, they might move into, eventually. He is also honest with her about the 50% offer, and Kim tells him she doesn’t want him interfering in her cases. They leave the house, with their relationship slightly repaired.

We also see Nacho, who now comes under Gus’ finger. The menacing man threatens to have Nacho’s father killed if he does not supply information about Lalo’s next move. Nacho finds a chance to earn Lalo’s trust, when their drug delivery system, through the drainage pipe, leads to a problem.

This is where Saul’s drug-addicted clients come in. They try purchasing from Krazy 8’s crew. When there is a blockage in the pipe, Krazy 8 goes to check it out, eventually leading to his brush with the law. The officials are about to seize all of the drugs, but Nacho pulls off a bit of parkour to get to it first. Lalo is impressed, and Nacho and Salamanca discuss Krazy 8’s future.

Mike has his own small storyline here, where we see he is still touchy about the subject of his son’s career, and death. Unfortunately, his granddaughter is on the receiving end of his vitriol. Before we can focus too much on Mike’s state, the series demands that we pay attention to Saul.

In the courthouse, he is someone different. He treats it almost like his personal candy store, and the smooth operator strikes deals all over the place, getting his way with things. He goes so far as to orchestrate an elevator malfunction to settle 13 of the 16 cases with Suzanne, the DA from last season, who tried to put Huell away. However, at the end of the episode, we see Nacho approaching Saul, and taking him away in a car. 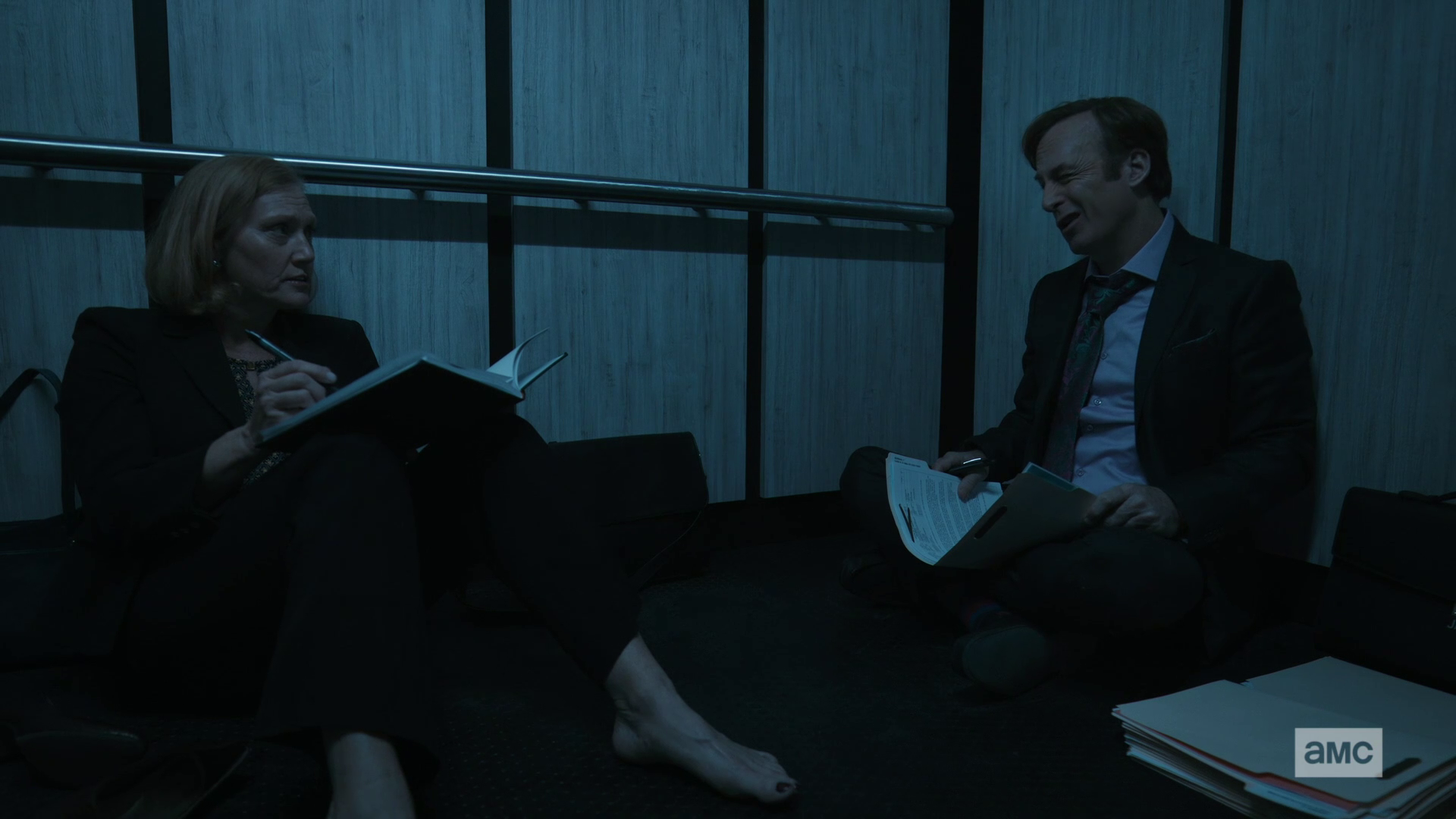 “50% Off” begins the Saul-Jimmy contrast, as astutely as the Dr. Jekyll and Mr. Hyde contrast, has been drawn in literature. On one hand, we have Saul Goodman, who manages to get 45 clients through an irresponsible promotional stunt of offering 50% off on non-violent felonies, and on the other hand, we have the innocence of Jimmy McGill, as he tries to cling on to his relationship with Kim.

As I have always maintained, when it comes to visuals painting a story, ‘Better Call Saul’ is mature beyond comprehension. At the risk of rambling a bit, fans might recall a wonderfully orchestrated sequence at the Sandpiper homes, when Jimmy delivers jellies to the elderly, with his advertisement at the bottom of the cup. While the show can pull off this kind of grander visual, it also manages to be impactful in the subtler scenes.

Thus we understand how the Saul persona is choking Kim when she cannot find her clothes amidst the garish suits in the cupboard. Naturally, in contrast, when Jimmy shows her the new house, with the large cupboard, and white walls, it offers the promise of a fresh start. It might be enough for Kim, but the series sets up the tragedy where we know that the new cupboard will remain just as stifling with Saul’s suits present.

Another interesting aspect is the portrayal of Albuquerque’s youth, who partake in drugs. They are aimless, underachievers, and bent on creating a nuisance. However, we also get a sense of how they make up a significant client base. Both ‘Breaking Bad‘, and ‘Better Call Saul’ have shown aspects of the drug trade, while mostly staying away from the clientele. This episode changes that, using the drug-fuelled frenzy of Saul’s clients to weave the narrative.

Mike and Nacho’s storylines remain interesting, as Nacho is playing a dangerous game with Gus and Lalo. However, Mike’s outburst is specifically surprising. We have known Mike to be capable of grave violence, but we have never known him to be unkind, especially to his own family. This is a new, hate-filled side of Mike we see, and the way the show establishes that in a couple of lines, is laudable.

That being said, the standout moment in the episode has been Saul at the courthouse. The way he sets things up shows just how unchained he is as Saul. As Jimmy, there was a modicum of a moral compass. However, Saul just wants to get the job done, conning, sweet-talking, and getting elevators to stop when required! Speaking of the elevator sequence, ‘Better Call Saul’ proves once again, why it is not just outstanding for visuals, but witty dialogues as well.

As a conman, and a lawyer, Saul has a way with words, and hashing out deals with Suzanne gives him a great opportunity to showcase his talent. In the final moments of the episode, we see how the world of Saul can eclipse Jimmy’s day in the most sinister manner. While he enjoys an ice cream Nacho shows up. He is the client Saul cannot refuse, and we merely get a glimpse of what it is like for the lawyer to face the consequences of his past actions.

Overall, “50% Off” sets up the impending tragedy of Kim and Jimmy’s relationship, as well as Gus and Lalo’s rivalry. It also manages to portray another step in Jimmy’s transformation to the morally darker Saul Goodman.