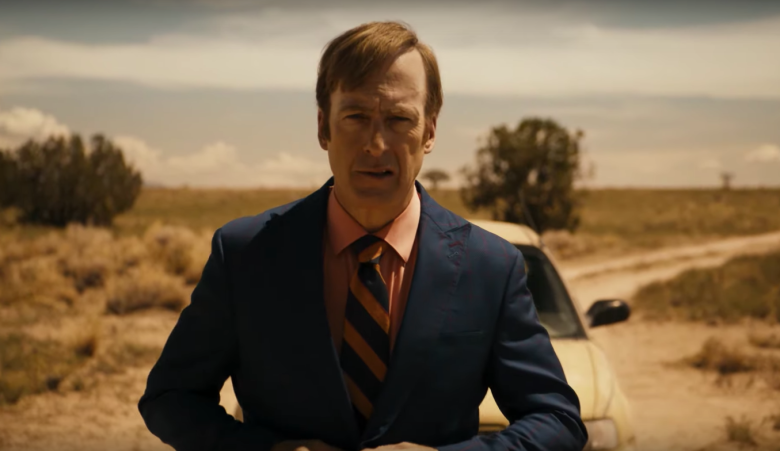 S’all good, man. With the season five premiere of ‘Better Call Saul‘ just around the corner, it really does feel all good. The series, a prequel spin-off to ‘Breaking Bad‘, centers around Jimmy McGill as he gradually transforms into the shady Saul Goodman we know him to be. It takes place in six years prior to the events from ‘Breaking Bad’ but in the same universe.

It’s a truth universally acknowledged that ‘Breaking Bad’ is amongst the best televisions shows ever made. No show can touch it. Except of course, ‘Better Call Saul’. To have a spin-off that is actually as brilliant (if not more) than the original? Now, that’s something nobody could’ve anticipated when the series first premiered. But this Bob Odenkirk starrer is a fictional piece of absolute excellence that has earned itself widespread acclaim both critically and commercially.

By the end of season four of ‘Better Call Saul’, McGee’s transformation to Saul is almost complete. With the latest season, we can definitely expect to be fully introduced to Mr. Goodman as we gradually near the ‘Breaking Bad’ events. Just like its predecessor, ‘Better Call Saul’ too is set in the gritty neo-western world Albuquerque. In case you’re wondering where was ‘Better Call Saul’ filmed, here’s everything we know.

For the fifth season of ‘Better Call Saul’, the crew and cast got back to Albuquerque for production. The principal photography for the same began on April 10, 2019, and concluded in September 2019. Due to the show’s massive popularity, Albuquerque actually offers a “Better Call Saul tour”. Here at Cinemaholic, we have prepared our own little virtual tour for you.

Gus Fring’s Los Pollos Hermanos is perhaps one of the most iconic locations in ‘Better Call Saul’. The drug kingpin uses the fast-food chicken restaurant as a front for his drug-operation. But Los Pollos Hermanos, much like the show’s other location, is fictional. In reality, it is filmed in Twisters located in 4257 Isleta Boulevard SW in Albuquerque. The real-life restaurant is popular for its green chile hamburgers and burritos. It also displays the Los Pollos Hermanos Logo at its entrance for the fans of the show.

Another common location that features in the show is Jimmy’s brother Chuck’s house. The two-story house is actually located in a quiet neighbourhood in 1607 San Cristobal Road, near the Albuquerque Country Club. It reality, it doesn’t have the infamous mailbox where all visitors must deposit their phones. Just ten minutes away from Chuck’s house is Mike Ehrmantraut’s residence. It’s located in 204 Edith Boulevard, Northeast Albuquerque, around Martin Luther King Jr. Drive. Another house that is featured in the show is the Kettleman residence which is located in 1520 Tejana Mesa.

Day Spa & Nail in Juan Tabo Boulevard Northeast, around Skyline, is another important location used in the show. As most of you remember, the nail salon is the site of Jimmy’s first law office. The series has Jimmy working and sleeping in the back room of this salon. On the other hand, Mike’s workplace is located in 102 Marquette Ave Northeast. 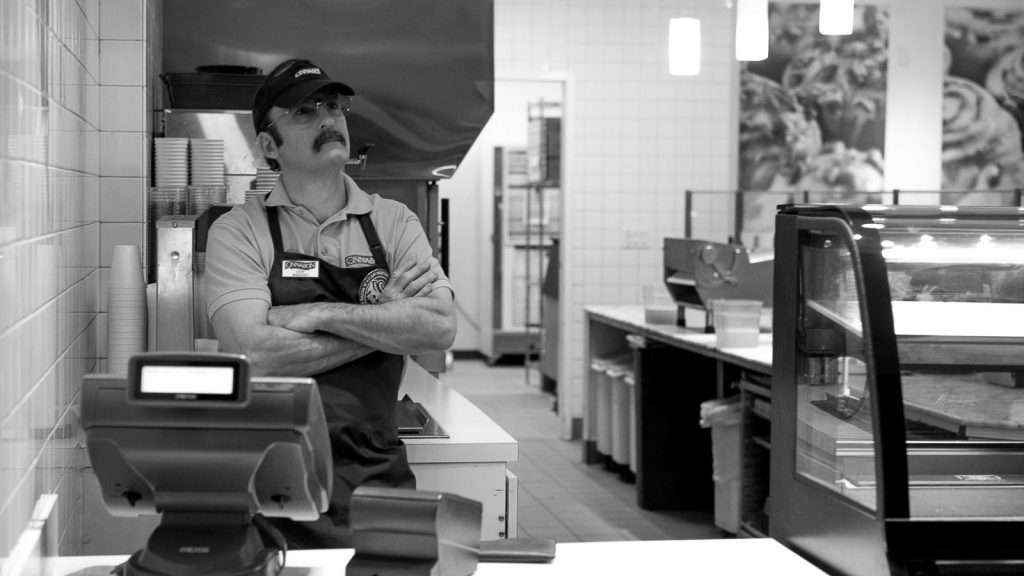 The Cinnabon in Omaha, Nebraska is another iconic location from ‘Better Call Saul’. It appears in the first episode of every season of the show with Gene (an alias of Jimmy) working there as a frustrated store manager. In reality though, the Cinnabon where the scenes are actually shot is located inside Albuquerque’s Cottonwood Mall.

Other locations used in the show include Loyola Family Restaurant in 4500 Central Avenue. This is the place where Jimmy ask Kettleman and his wife to meet him. The restaurant is located on historic Route 66, and has been in service since 1984. It features wrap-around counter and vinyl booths, and is known for its green chili. Cafe Lush, in 700 Tijeras Ave, and Vintage 423, in 8000 Paseo Del Norte Boulevard, are other restaurants in Albuquerque that ‘Better Call Saul’ makes use of. Los Altos Skate Park is another location used in the show when Jimmy finds Carl and Lars to execute his scheme of tricking Kettleman into becoming a client.

Production for the fifth season of ‘Better Call Saul’ began in April 2019. According to the New Mexico Film office, it employed around 375 local crew members, along with 200 actors and 500 background talent workers from New Mexico.