‘Better Call Saul‘ is giving us a fantastic fifth season, especially when it comes to unpacking the enigma that is Kim Wexler. The show is a prequel spin-off, which means that we know what happens to several main characters, like Gus, Mike, and Saul.

However, we don’t really know what happens to Kim. Does she end things with Saul or Jimmy? Do they simply drift off? Is her career ruined due to Saul’s antics? Or did Saul go home every night to Kim Wexler, even in ‘Breaking Bad‘? Episode 6, ominously titled ‘Wexler v. Goodman’ takes us a little closer to the truth. Curious to find out what happens? Read our recap and review below. Spoilers ahead! 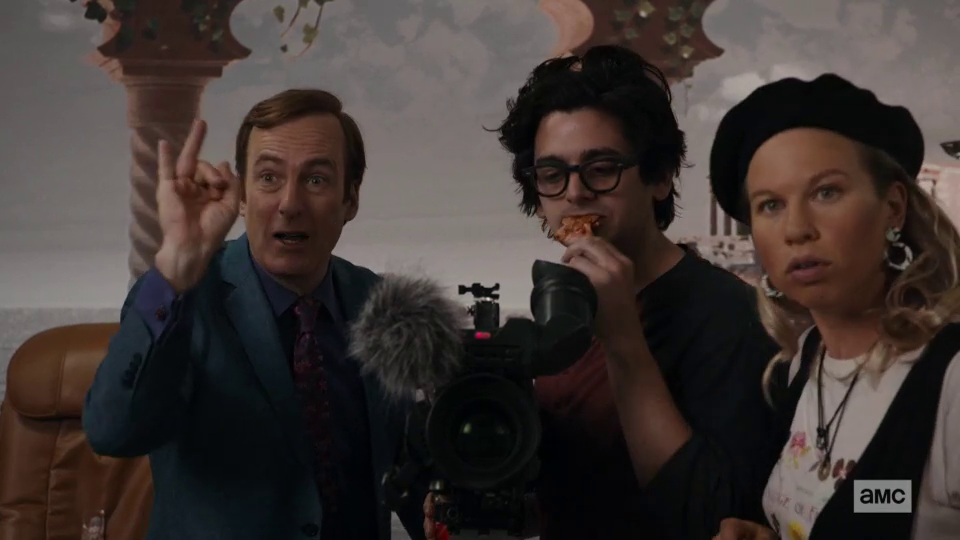 The episode of ‘Better Call Saul’ starts with Kim’s past. We see her with a cello, waiting for her mother to pick her up. When the woman shows up, she’s drunk, and Kim opts to walk home for three miles, rather than get in a car with a drunk driver. Fast forward to the present, and we see Kim striking a deal with Jimmy or Saul, to convince Acker to settle. She’s afraid that Rich suspects they’re in cahoots.

However, Jimmy has already put a plan in motion using his favorite film school team. They have shot an advertisement, using their usual resourcefulness. Although Jimmy sounds reluctant to go with Kim’s approach, he agrees. Meanwhile, we see him helping two sex workers beat their charges. He hires them to visit Howard, while he’s having lunch with Cliff Main, Jimmy’s former employer. This embarrassment of Howard only encourages Jimmy to pull one over Mesa Verde and Kim.

He shows up to the settlement meeting and deals in bad faith, blackmailing Kevin with libelous advertisements, and a copyright infringement case. Saul’s cunningness is evident since the cases are designed to keep all sides wrangled up in court procedures for years, delaying Mesa Verde’s project. Kevin is forced to capitulate to Jimmy’s terms, which ultimately leads to a domestic tiff between Kim and Jimmy. Ultimately, Kim offers two options, she and Jimmy should break up, or the two should get married.

Elsewhere, in the world of drug cartels, Mike is very much in Gus’ employment for the moment. They meet with Nacho, who lets them in on Lalo’s plans. Gus retaliates and sets his own wheels in motion, which requires some smart detective work from Mike to set the cops on Lalo, leading to his apprehension, 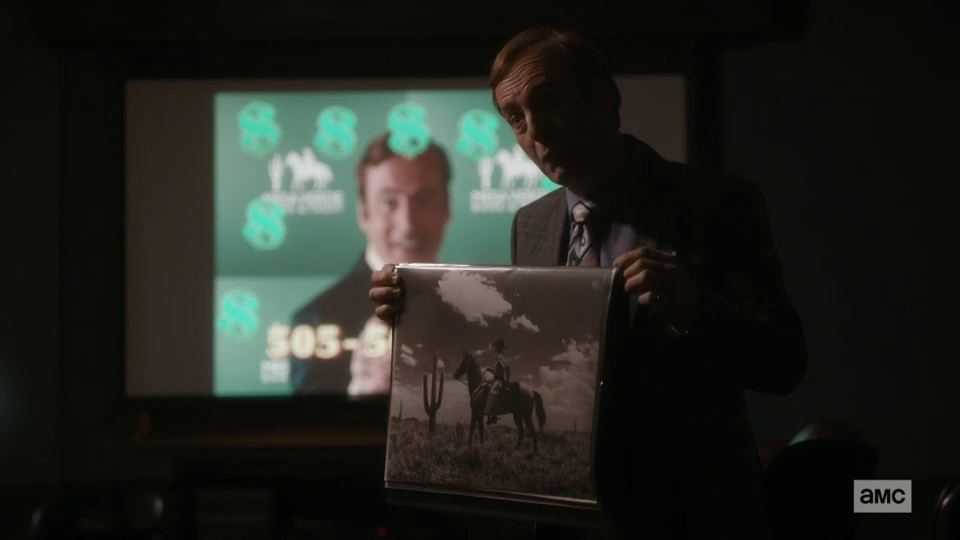 ‘Wexler v. Goodman’ seemed to promise a legal battle, but ultimately becomes an instance where Saul deliberately pits himself against Kim, running a con on her, to get the results he believes she wanted. However, what is remarkable in this episode is the addictions of various people in Kim’s life, and how she’s dealt with it.

In the past, we see she’s had to handle her mother’s addiction to alcohol. Kim’s staunchness shines through, as she refuses to get into the car, deciding to lug her cello for three miles, on foot. We get the sense that this is a woman who is self-sufficient, knowing that nobody can be trusted to do the right thing, except herself.

However, she does put the same trust in Jimmy, asking him to hold off on the advertisement against Kevin and Mesa Verde. Speaking of Jimmy, it is interesting to see that Kim is also attracted to an addict. Sure, Jimmy might not be addicted to alcohol or any other substance, per se, but he is addicted to the con. Jimmy is the happiest when he’s orchestrating some hustle or con, and as Saul Goodman, he goes all in.

I’ve always maintained that if Jimmy didn’t pick the law, he would do well for himself in the show business. From the gimmick at the airfield (remember the fake war veteran?) to the borderline libelous advertisement he runs today, Jimmy has shown that he can work wonders with a camera crew. However, Kim is less than impressed. She’s the ‘sucker’ in this con, and she’s tired of being affected by the addictions of others. Moreover, we see how Kim has had to deal with an addict’s lies before.

The moment Jimmy tries to promise that he’ll not repeat it again, Kim calls him out. We almost feel her pain, understanding that perhaps, when she was a girl she had to hear her mother’s promises not to drink again, as well. However, while Kim was prepared to go the distance alone, as a child, she’s almost too weary to walk away from the metaphorical dangerous ride now.

She might not have been willing to get into the car with her drunk mother, but she’s willing to get into one with Jimmy. Perhaps this will lead to the inevitable wrecking of their relationship, as is expected from the tragic universe of ‘Breaking Bad’. Kim’s untimely decision to propose marriage to Jimmy seems to be a recipe for disaster. However, Saul, for his part, has shown that he still cares.

From his concern for the sex workers, giving them advice on not to get picked up again, or his insistence on cleaning the nail salon so it can be used in the morning, it appears that Jimmy still has goodness in him. However, his anti-establishment nature often takes over, as Saul Goodman runs hustles on various people. Howard, Cliff, and Kevin get a taste of how Saul operates, within the course of a day. On that note, ‘Smoke on the Water’ is heard again on the show, reminding us of Jimmy’s partner in crime.

It has almost become an anthem for our lawyer, every time he’s hatching a plan. While we cannot wait to see what happens to him in the future, Mike and Nacho have us worried as well. Perhaps they might make a move against Gus after Lalo is taken care of. We don’t see much of the cartel business in this episode, but we understand that Mike is working as a fixer rather efficiently, and the war between Salamanca and Fring’s organizations is just beginning.