Review: Look Both Ways is a Feel-Good Watch in a Lukewarm Way 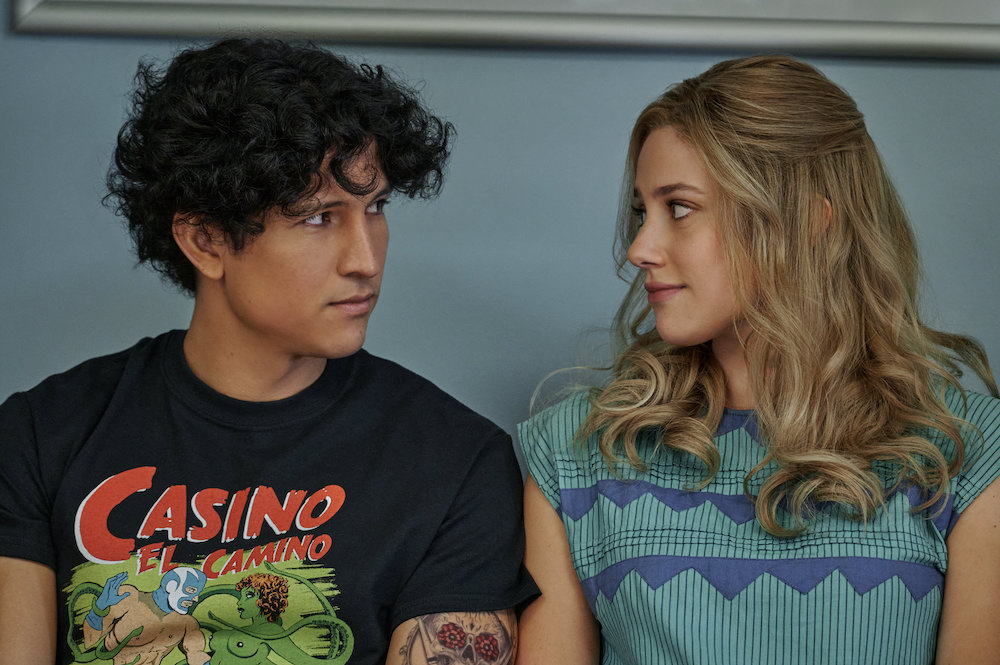 There are times in everyone’s life when they wonder if things would have been different had they chosen differently, which is what perhaps creates an allure for the stories that explore such a narrative. Netflix’s ‘Look Both Ways’ uses this “two roads diverged in the yellow wood” approach and tells the story of a young animator named Natalie. She has the next five years of her life planned, knowing exactly what she wants and when she wants that to happen for her. After an unplanned night with her friend Gabe leads her to take a pregnancy test while the graduation party rages outside, we see her life split into two. One part focuses on her journey where the test comes out negative and she gets to continue with her plans. In the other timeline, the test comes out positive and she has to let go of her plans, completely restructuring her life to fit in a child.

‘Look Both Ways’ begins with a compelling premise, and for a moment, you think this is going to be something more serious than you’d imagined. With an unplanned pregnancy threatening Natalie’s best-laid plans, the film lingers on the edge of exploring the conflict surrounding choice, especially with its setting in Austin, Texas, in the America where Roe vs. Wade has been overturned. However, the film chooses an easier path, giving minimal thought to Natalie’s to-be-or-not-to-be-a-mother-yet dilemma. Instead, it sticks to a simpler message, which could very well be complemented by Billy Joel’s Vienna.

Directed by Wanuri Kahiu, the film immediately engages in creating a distinct difference between the two timelines, that flow in and out of each other. The story sticks to a realistic approach, at least in the first quarter, where we see Natalie struggling, both with and without motherhood. While being a parent might be difficult, going out chasing your dreams in LA is not a cakewalk either. Interestingly, the film does a better job of portraying the struggle of the childless Natalie. As for its parallel arc, some very basic questions start to pop up regarding the struggles of being a parent. Like, how are the two 22-year-olds taking care of a child as well as themselves without any proper jobs and any visible financial stress? Such things poke more holes in the fabric of this reality, which eventually affects its seriousness.

In the same vein, ‘Look Both Ways’ also doesn’t do justice to its supporting characters. The love interests of Natalie are reduced to just that when a little more depth could have done so much more for the story. For Gabe, especially, we never see the struggle of being a father at such a young age. The film seems more focused on portraying him as this man who’s so perfect that it fails to give him his proper due of flaws and difficulties. Similarly, Natalie’s best friend also remains an undercooked character. All of this could have added more substance to the story, but it simply falls into the “what if” bin of possibilities.

As for Natalie, the central conflict starts out strong but dissolves towards the end, which doesn’t drive the message home as impactfully as it could have. For her part, Lili Reinhart does a good job of balancing the parallel lives of her character. She brings gravity to the scenes that portray Natalie’s frustrations and failures and eventual acceptance of her fate. The look of the film is also balanced with warm tones for LA and blue ones for Natalie’s hometown. The rest of the distinction is made by the hairstyle and the dressing sense, which helps create a flow for the stories to finally converge to that final moment, giving the audience a complete picture of how far Natalie’s come from the moment she was on the crossroads that night of the graduation party.

The heart is in the right place for ‘Look Both Ways’. It is a feel-good watch in a lukewarm way which might soften your perspective towards the “everything works out in the end” belief, though not completely sway it in one direction or the other. It could have been much more than what it turned out. It could have taken other roads and been something different. But thinking all of that actually gives more footing to the film’s message. There could be a thousand what-ifs that you could consider and your life is still going to take its own course, undoing all best-laid plans. So, even if with a bit of slack execution, ‘Look Both Ways’ goes to show that the other path is “just as fair”.

Read More: Where Was Netflix’s Look Both Ways Filmed?