Review: Project Power Is A Fresh Spin on the Superhero Genre 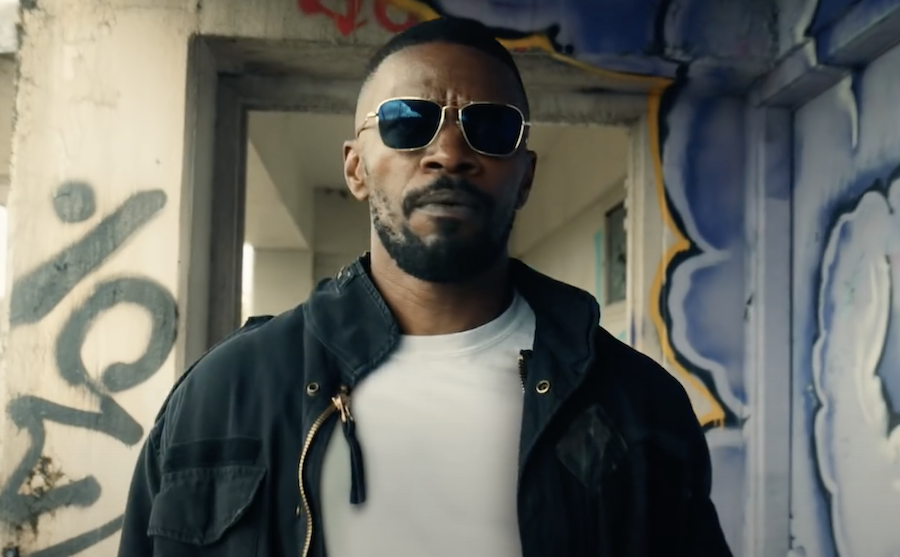 With the arrival of Marvel and DC’s biggest superheroes on the screen, Hollywood has been, for more than a decade past, under the reign of the superhero genre. Since ‘Iron Man’ first released in 2008, there has barely been a year without one or the other superhero popping up in the theatres and adding to the vast universe of their respective franchise. The release of ‘Endgame’ in 2019 led the mammoth of the MCU to come to a halt, with ‘Spider-Man: Far From Home’ trying its best to soothe the pain left by the finale of ‘Endgame’.

2020 was supposed to make things better with the release of ‘Black Widow’ and DC bringing back the magic of ‘Wonder Woman’. But the great, action-filled summer that we were supposed to have never came around. If this absence has been clawing at you, then Netflix’s ‘Project Power’ just might be the remedy. It is not at the magnanimous level of the superheroes you might have gotten used to, but it uses this twist in its favor, pushing itself into a more believable territory for the audience and giving them a good time.

There is a new drug on the market. It is unlike any other you have ever seen. It gives you the one thing that you want the most- a superpower. The problem is that it lasts for only five minutes. But in those five minutes, you can do whatever you want with your abilities. Understandably, the market quickly expands for this drug, and soon, the streets of New Orleans are flooded with it, inviting chaos all over. A police officer named Frank is trying to stop the situation from getting worse but is not averse to using the drug to level the playing field when it comes to fighting off superpowered villains that are popping up everywhere. His source is a teenager named Robin who is trying to come up with enough money for her mother’s operation. In the midst of all this, a mysterious man named the Major is on a journey of his own.

After having seen so many superhero movies, it is obvious for the viewers to wonder what it would be like for them to have some superpower of their own. All of us have pondered upon this question, in one context or another, and ‘Project Power’ throws us back into that contemplation, providing much more food for thought. It serves a fresh spin on the superhero genre by making the power that everyone covets very accessible. It is sold on the streets like drugs and there is no way anyone would want to pass up the opportunity of getting a taste of it. And therein lies the conflict of the matter.

The concept is innovative and shows the audience the immense scope that it offers, one that can be tapped well to create a new franchise. In giving the origin story of its characters, the movie uses every scene to throw in one piece of information or another to make things interesting while also keeping the audience in the loop. The fast pace keeps the viewers on their toes, but the film also takes some time in between all this movement to slow down and give proper backstories to its characters, allowing us to care for them.

There is also a lot of action, as expected from any superhero movie, along with some good music and great rap from Robin, one of its lead characters. The charm intensifies through the performances of the cast. Jamie Foxx’s The Major is the determined and resolute character who doesn’t need any superpower to get what he wants. The delightful Joseph Gordon-Levitt, whose performances had become somewhat scarce in the past years, is a welcome sight. Dominique Fishback completes the trio, owning her spotlight in front of the heavyweights like Foxx and Gordon-Levitt. While the heroes get the treatment they deserve, the villains remain pretty much on the sidelines. Rodrigo Santoro’s Biggie is a sparsely written character, but the actor plays it with such flair that any lack in writing is made up for.

Despite all the good things, there are times in the film when the seams appear and you get the sense that things could have been a bit smoother. Overall, however, the film does its best to keep you thoroughly entertained and make up for the void you might have been feeling in the superhero action that went missing this year. Its intriguing premise and lovable characters keep you engaged for the two hours runtime, amping up the thrill with every passing minute, even serving some good laughs along the way, and keeping its most explosive action for the finale that gives a proper closure to the story, while also giving a nod to the sequel, should Netflix decide to go forward with it.