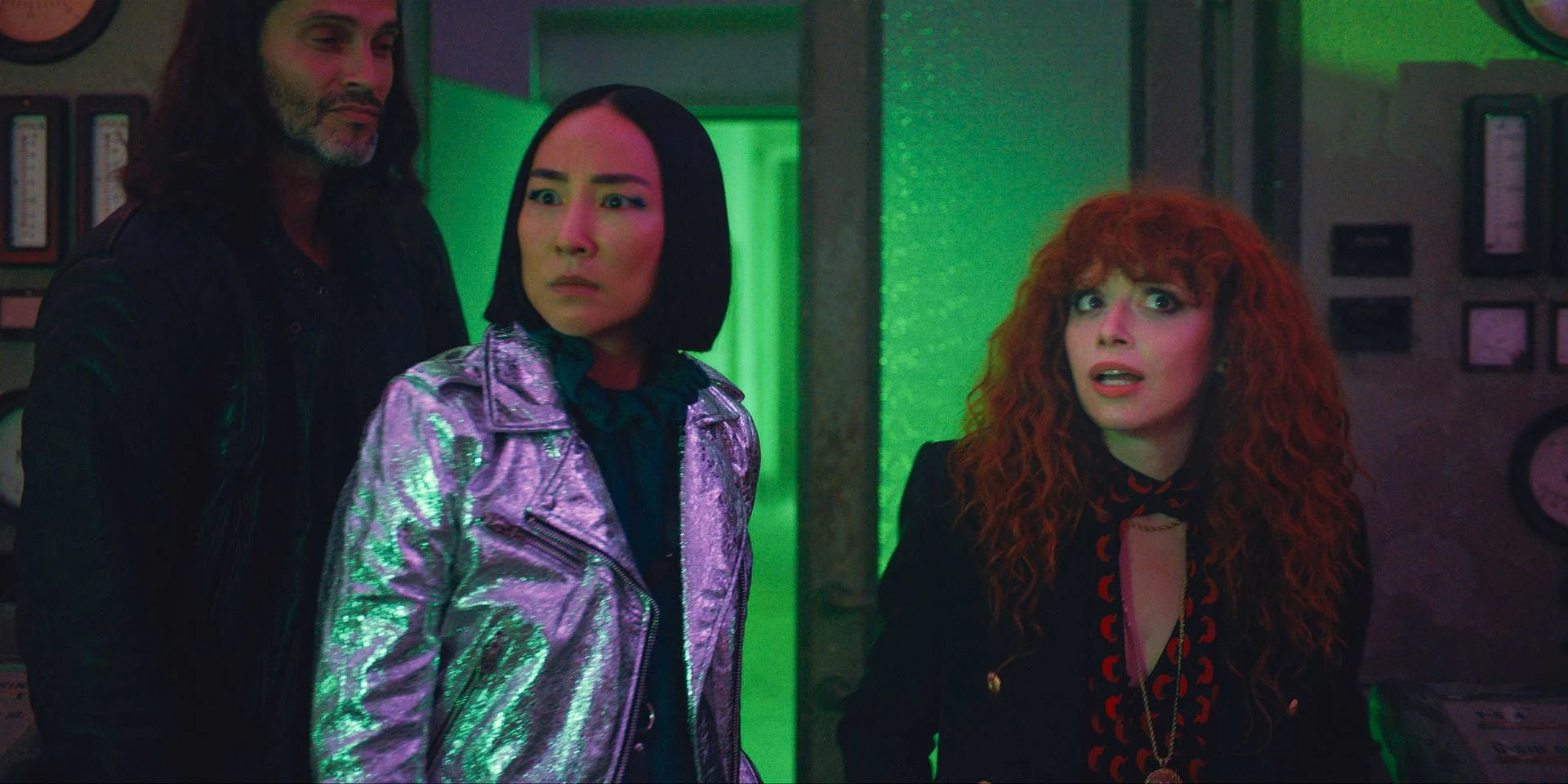 If the first season of ‘Russian Doll — Netflix’s weird and surreal sci-fi dramedy series co-created by Natasha Lyonne, Leslye Headland, and Amy Poehler — was about existential crisis and time loops, season 2 focuses on family and time travel. We got glimpses of how utterly chaotic Nadia’s (Lyonne) childhood was in the flashback scenes about her mother Lenora (Chloë Sevigny) in season 1. The second season grants an in-depth look into Nadia’s past by sending her back to 1982, when ‘Sophie’s Choice’ had just been released in theaters, John LeBoutillier was an active politician from New York, and the world was perpetually on the verge of a nuclear war.

The first season of ‘Russian Doll’ received such overwhelmingly positive responses because — at least partly — it told a remarkably unconventional story in the constraints of a generic trope like time loops. Time travel is even more common a plot device. And yet, Lyonne, Headland, Poehler, and their team again succeed in delivering something fresh and intimate in the sophomore season, making the over-three year-long intermediate period between the releases of the two seasons definitely worthwhile.

In season 2, Nadia appears to be more in control of her life. With her 40th birthday around the corner, she has opted for a quiet celebration with Alan (Charlie Barnett), much to the dismay of her best friend Maxine (Greta Lee). She and Alan have spent her last three birthdays on high alert, virtually walking on eggshells to ensure they don’t restart the circle of dying. But control hardly ever means contentment, and the pursuit of the latter emerges as a major theme in season 2. One evening, Nadia takes the 6 trains to visit Maxine and is transported into the body of her heavily pregnant mother. Initially, Nadia has no idea how to deal with these bizarre developments except for justifiably accusing the universe of going out of its way to mess with her. But then, she starts to think of this as an opportunity to course-correct her future.

‘Russian Doll’ season 2 is about the big “what ifs” of our lives. Many of us have those moments of regrets when we veer in the wrong directions due to choices made by us or people close to us. There is no shortage of films and TV shows that incorporate this wistfulness into a story about family and time travel. The ‘Back to the Future’ trilogy and ‘The Time Traveler’s Wife’ come to mind. What sets ‘Russian Doll’ apart, however, is its whimsical narrative and how delightfully dark it gets at times.

Nadia Vulvokov is an extraordinary protagonist. She is a deeply flawed character, but her personality is inviting enough to draw the audience right in, like moths to a flame. Lyonne portrays her with a perfect balance of vulnerability and the New-York toughness. A part of it, I suspect, is due to the semi-autobiographical nature of the series, but that doesn’t take anything away from Lyonne’s performance. She is objectively adventurous in her choices throughout the series, leading a cast of equally talented individuals.

Like in the first season, Charlie Barnett’s Alan Zaveri is kind, mellow, and an ideal foil for Nadia’s reverberant and restless personality. In season 2, Alan has his own journey of self-discovery, which is no less important than that of Nadia. But it is Elizabeth Ashley and Annie Murphy that deliver the standout performance of the season, portraying two versions of Ruth, the only real parental figure in Nadia’s life.

As season 2 nears its end, it progressively becomes more metaphorical, embracing its science-fiction credentials with much gusto, all the while showcasing the inherent humor embedded in each of its scenes. ‘Russian Doll’ season 2 is creative, impactful, and lingers in your mind long after you are done watching it. Despite the relatively short runtime (24-30 Minutes), the first season had some pacing issues. It seems to have been taken care of in season 2. The New York of 2020s is still very much part of the story, even if it’s not the exclusive setting of the second season. In ‘Russian Doll,’ the Big Apple continues to be a living, breathing entity with a symbiotic relationship with its inhabitants. It survives in the minds of its residents and as a collection of locations and things — from 77th Street to the 6 trains to instantly recognizable accents.