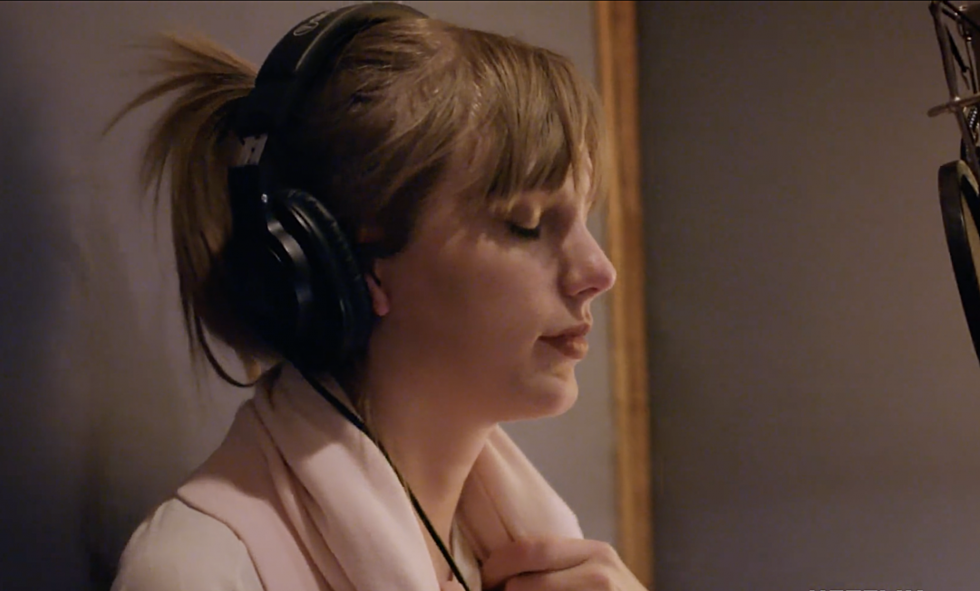 ‘Miss Americana‘, the Netflix documentary helmed by Lana Wilson, seeks to provide an inside look at Taylor Swift’s life. Swift is one of the most recognizable faces in the music industry, and to merely call this songwriter talented, would be an understatement. From country to pop music, Swift has dominated genres, charts, and the audience’s hearts. However, her life has also been mired in controversy and she has received quite a fair bit of public backlash. The film also tried to touch upon that.

This is what ‘Miss Americana’ seeks to explore, as we trace Taylor’s growth, not just as an artist, but also an empowered woman. We are taken deep into her personal life, and how it affects her creative process. Before we review ‘Miss Americana’, let us give you a rundown of what the documentary shows.

‘Miss Americana’ starts with Taylor reading from her diary, which she had when she was a child. A montage of scenes sees the star’s meteoric rise to fame. Eventually, her fame also invites controversy, which comes at the 2009 MTV Video Music Awards.

Kanye West had taken to the stage, interrupting Taylor’s award-acceptance speech, and stating that he felt Beyonce had one of the best videos of all time. Taylor’s victory was soured, and the incident slightly shattered her confidence. As the documentary progresses, we know more about how Taylor writes her songs, the effort that goes into it. We also meet members of her family and realize what they mean to her.

Among the two powerful scenes that stand out, is the sexual assault Swift had to experience, and the resulting court case. Her emerging victorious is wonderfully channelized into a message for all women while making it clear about how legal proceedings are often biased against the survivors, even with overwhelming proof. The other scene chronicles how ‘Reputation’, Swift’s divisive 2017 album, did not receive any Grammy nomination.

We see Swift pledging to work harder but understand she is hurting as well. Her whirlwind career often has its pitfalls, with body image issues, being slut-shamed for her numerous boyfriends, and essentially being labeled a fake and calculative celebrity.

Swift rises above it all, as she decides to embrace her true self, and finally, take a stand in her life. She starts with getting political. Taylor’s attempts to rally against the conservative senator, Marsha Blackburn, does not bear the fruit she wanted. However, she learns a lesson to be forthcoming about what it means to be a woman. The documentary ends with Swift’s acceptance of herself, and a determination to move forth, strongly, as an artist and a woman. 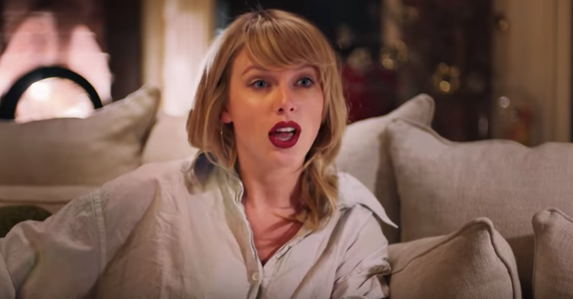 There is no denying that ‘Miss Americana’ is an incisive documentary. It is meant to get us close to Taylor Swift, so we understand what goes on in her mind. From the creative process behind her lyrics, to how her family affects her life, we get it all. At the same time, the documentary is powerful.

It shows what it means to be a woman in a patriarchal society. There is a powerful scene where Swift speaks about how female artists go out of a job sooner, and how they are expected to keep reinventing themselves to stay relevant to the public. We see Swift as a survivor of a sexual assault. Her strength is beyond question, as she also survives being hated by people, a feud with Kanye, and her 2017 album flopping, critically.

The way Swift bounces back from all that is inspiring and documentary intends it that way. In the hands of Wilson, Swift’s new healing relationship is shown fleetingly, but we see its positive influence on the life of the singer who disappeared from the public eye, after the backlash. Similarly, Swift’s political stand is also praiseworthy.

Yet, amidst all this familiarity with Taylor Swift, somewhere the documentary seems to protect her. It is a tale of Taylor’s self-awareness, but the way it is constructed, Taylor is always on a pedestal. No matter how much we relate to what she is going through, the documentary actually doesn’t tell us who Taylor Swift actually is. For instance, we don’t know what her relationship with her father is. Or what happened during the time when she was going through failing relationships. You might argue that is probably too personal to her. But then, a documentary is as good as what it reveals. If it doesn’t reveal too much, it ain’t so good.

To conclude, in Swift’s own words, the documentary is somewhat of a deconstruction of the artist’s belief system. She learns what it means to be happy on her own terms, just as she learns to be happy with her body, her relationships, and her opinions. At the same time, it is a reconstruction of Swift’s new belief system, which is to use her voice for a cause, to use her position in society to try and change it for the better, instead of avoiding controversy.

Despite ‘Miss Americana’ showing us the side of Swift, we were not very familiar with, it chooses to leave out things that could have made it better and stay with us longer. Having said that, something is always better than nothing. The documentary certainly provides a new perspective on megastar’s life and is sure going to be loved by her fans.