Review: The Crimes That Bind is an Impressive Courtroom Drama 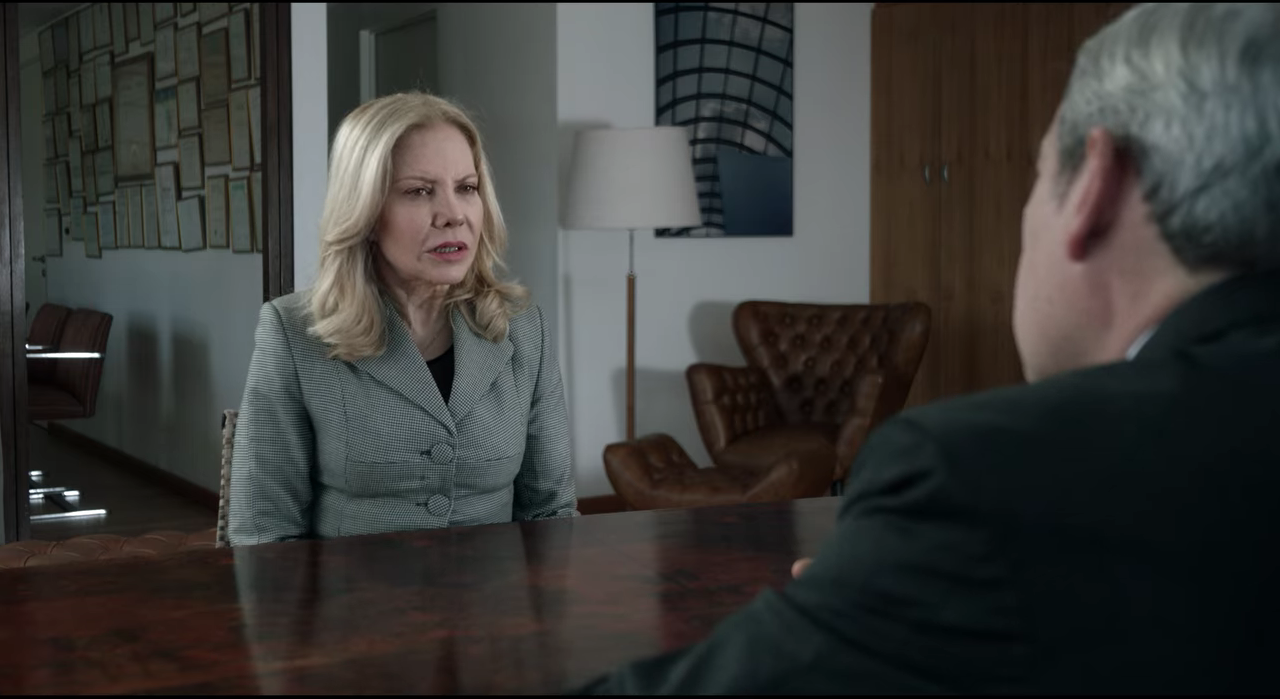 ‘The Crimes That Bind’ is an Argentinian drama-thriller that stars Cecilia Roth as the protagonist who just wants to prove her son’s innocence in a trial. She embarks on a journey to use every tool at her disposal to do so, but what she uncovers in the process completely changes every aspect of her life. The film does not equip any dramatic plot twists to grab the viewer’s attention, it simply lets the story do the talking.

The Crimes That Bind Plot

Two people who play an important part in Alicia’s life are now facing (separate) trials. Her son, Daniel, faces charges of rape and attempted murder of his ex-wife. Her live-in domestic help, Gladys, is on trial for killing her second child after its birth due to the help’s cognitive hindrances. Alicia is on a mission to help her son grab his innocence, and is successful in doing so. But as far as her domestic help is concerned, Alicia simply lies during her testimony, and the jury finds Gladys guilty. Soon, however, Alicia realizes that all is not as it seems and that she may have made some pertinent errors along the way. She then tries to mend the situation, even if it may be too little or too late now.

The Crimes That Bind Review

A viewer follows every step that Alicia takes very closely throughout the film. However, it must be noted that even though she is the protagonist, we only learn about her life through the lives of the people that surround her. Her personality is revealed when she has to cope with the ongoing trials or when she interacts with her husband, her friends, or Gladys’s first son, Santiago.

Alicia’s motivations are quite straight forward— she is just a mother who wants to protect her own son. What is brilliant about the film is her character development. You see, Alicia starts her journey by wanting to procure Daniel’s innocence at any cost. She also has quite firm opinions about his ex-wife as well. But as she procures new information throughout the film, she has the courage to take the right steps. In a world where people cling so hard onto that version of reality which they prefer, she chooses to not be an ignorant woman and actually makes the right calls.

Alicia already got what she wanted when her son was acquitted. She, after all, had approached her own contacts to assess his situation and even went to one of the most expensive lawyers to find a (less than ethical) solution. The lawyer hands over the file with the incriminating evidence, and she can do as she pleases with it. Even her husband chooses to divorce her halfway through the movie, so she basically risks it all for her son.

However, when she realizes that her son is not the person she saw through her maternal rose-colored lenses, she takes action to atone for the consequences. When his abusive behavior is brought forth to her by one more than one source, she doesn’t choose to live in her bubble. Yes, her actions already brought about a certain outcome, but at least she is woman enough to want to amend it. It is quite a realistic portrayal of a person coming to terms with their reality as well.

The one thing that damaged the narrative of the film is the constant showing of Gladys covered in blood in the bathroom. It is the very first scene in the film and works wonderfully well to kick it off. However, there is a certain repetition in the scenes where they showcase the murder, and this does not do much for the story. It, maybe, adds some gore to the piece. But, by this point in the film, the audience will have already figured out that a crime has occurred, and the redundancy may irk a less patient viewer.

The rest of the movie, however, flows smoothly, constantly juxtaposing the trials of Daniel and Gladys. This is done beautifully, especially when one sees that while the cases have common elements, they are not entirely similar. Few scenes in the beginning, especially when they bring the indicted to their trials, use great lighting to add to a somber feel. Is the script the most innovative one, especially when it comes to social issues? Perhaps not. But the film does a good job of making the audience invest in the story nonetheless.

All characters in the film have been cast well, but it is Cecelia Roth who carries the movie. She plays the part of the frazzled mother as well as she portrays a broken woman who just wants to right her son’s wrongs. Everything that happens to her happens only as a consequence of other people’s actions. But at no point in the film will someone feel that she is just there, letting life take its own course. She plays Alicia really well and makes sure the focus does not stray from the protagonist at any given point.

Read More: Is The Crimes That Bind a True Story?