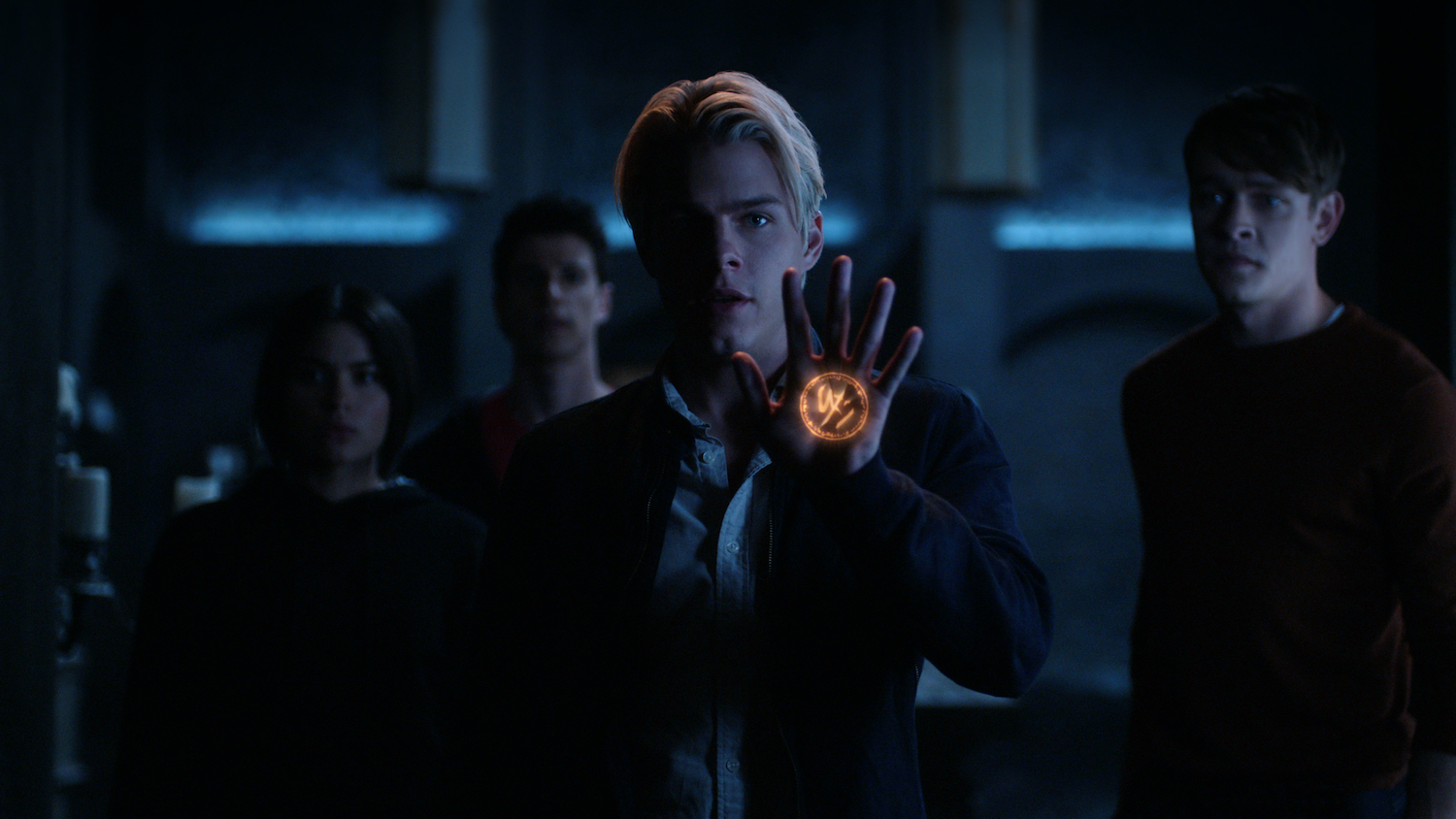 Netflix’s ‘The Order’ is a supernatural drama that sets itself apart from others in the genre by mixing up everything. A quick summary of the show would reveal that it borrows several elements from here and there, but twists and manipulates them in a way that the audience hasn’t quite seen before. It has a school for magicians, a secret society that enforces influence on the world, a pack of werewolves who try to use their powers for good, and a teenager in midst of all this, who tries to balance his education while juggling all these supernatural elements.

The first season had created a foundation for the story and it confined itself to the basics. A little bit of humor and fresh concepts gave it an edge that made it popular among the viewers. The second season uses this established familiarity to push the boundaries of this fictional world and give more space to the characters who grow in unexpected ways.

At the end of Season 1, the Knights of Saint Christopher were robbed of their memories by the Order, despite helping them in taking over Edward Coventry. The second season opens with the four of them still struggling with their memories. Just when their flashbacks are triggered, they are made to forget again. For this purpose, each of them is assigned a monitor, who has insinuated themselves in their lives. So, according to the new system of things, Jack is dating Gabrielle, Lilith is attracted to Nicole, and Randall and Hamish have their own handlers.

Meanwhile, Vera Stone has become the new Grand Magus, and Alyssa has risen to the position of Magistratus. The problem begins when the Knights grow resistant to the magic powder and their flashbacks become more recurring and powerful. Vera thinks about killing them and getting it over with, but Alyssa convinces her otherwise. Tension increases in the campus of Belgrave University when a rogue magician starts killing random students in a gruesome manner.

If the first season of ‘The Order’ had blown you away, then the second one will surpass all expectations. It is a worthy successor to the maiden season and gives a huge boost to the world of ‘The Order’. It is quick about expansion, and through some fleeting conversations, gives us an idea of how grand its scope is. Even with all the new things that we are introduced to in this new season, the writers let us know that they have barely scratched the surface.

One of the things that this season benefits from is that the primary arc of the first one was resolved in itself. For the second run, the show is free to chase new possibilities without being tied down by the unresolved questions of the past. New creatures are introduced and the mythology of the show is delved into one step at a time. They give us enough to keep us engaged, but they also keep the curtain on so we remain interested in seeing what the future brings for the series.

Apart from its inventive storylines that intertwine themselves with political, moral, and ethical dilemmas, ‘The Order’ also gets better with its characters. We see exceptional growth in some rather unexpected characters, especially the one of Gabrielle Dupres. In the first season, she had been presented as a shallow but ambitious person who does not hesitate from violence. This season adds more dimensions to her, and it not only makes her interesting to watch but also, through her, adds more prospects to the central story.

All these factors come together to make the second season of ‘The Order’ an exciting watch. Every episode comes with its own set of twists and pushes the story forward in a way that the audience feels indulged in a mystery. It leaves around breadcrumbs for us to follow, and we have to tie the loose threads to figure out exactly what is happening. This approach works very well for the season, but this tautness starts to slip in the last couple of episodes.

While the show keeps a steady pace and seems patient in revealing its secrets, for the most part, there are times when it suddenly jumps from one thing to another without any proper insight into it. The transformation of some characters and arcs are not handled as expertly as that of the others, which leads to some dissatisfaction. What makes up for this flaw is the promise that the ending presents. We are still interested in finding out what happens next and would surely tune in to the third season.