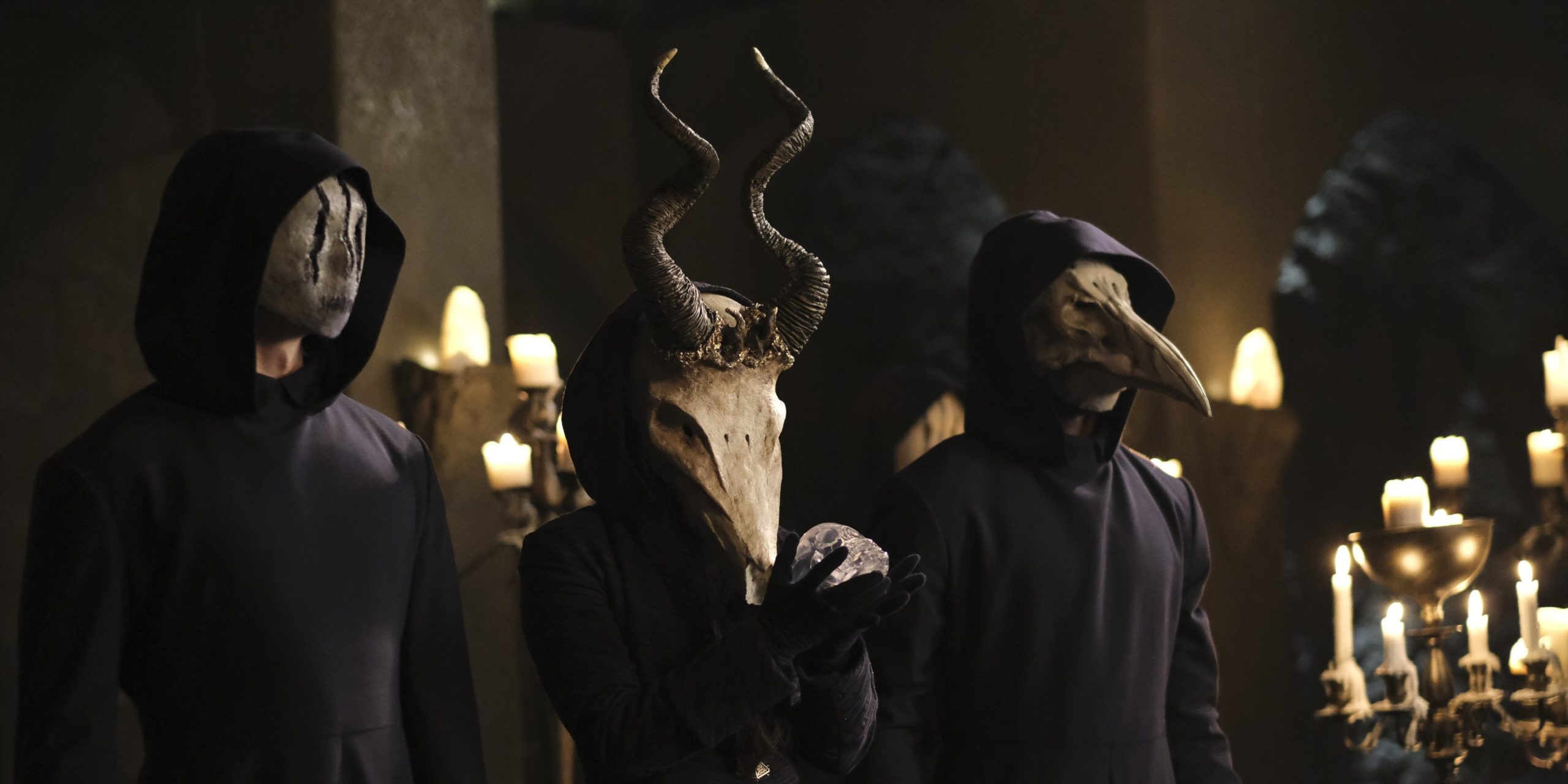 Netflix’s ‘The Order’ is a supernatural teen drama that offers magic, mystery, and mayhem to its viewers. The first season of the show ended with a cliffhanger that divided the fans. The second season ups the stakes and ends on a note that means a lot of promise for the seasons ahead while also leaving the fate of some characters under the cloud of uncertainty. If you haven’t caught up with the show yet, head over to Netflix. SPOILERS AHEAD

The way Season 1 had ended, it looked like it was Vera Stone’s turn to become the next antagonist of ‘The Order’. However, there was an entirely different plan in store for the audience. After a couple of episodes, the Knights of Saint Christopher became more affable towards the Order and a new kind of threat presented itself. At first, it seemed like the Order would be up against another society of magicians, called the Sons of Prometheus. The show presented them to us as another definition of a cult, which, in its brief appearance, felt more unsettling than the Hermetic Order of the Blue Rose. However, soon enough, it turned out that even they were not the imminent enemy that the magical community had to fight against. The real trouble is Praxis.

Unlike other secret societies in ‘The Order’, Praxis is the one that doesn’t want anything to be a secret. It doesn’t want magic to be available only to a select few, giving them power over other people who have no idea of its existence. It wants to share the power with every person on the planet, giving them a chance to better their lives through it. In this way, one could say that Praxis has a communist approach towards magic, while the Order and other societies lean more towards capitalism.

We get the first taste of their beliefs when a rogue magician tries some murderous spells on college students. She is furious with the Order for not accepting her and is driven by revenge against them. Further, we discover that the new ethics professor Cameron Foley is also a part of the society. He recruits people and tries to open them to their new ways. The Order and the Knights pursue him to put a stop to Praxis, but they are outmaneuvered every time. It almost feels like their enemies already know what they are going to do next, but somehow, Foley doesn’t seem smart enough for that.

It turns out that he is not the leader of them after all. The real head of Praxis is Salvador Grant, and she has a lot of tricks up her sleeve. She is much better at convincing people to her cause, a talent that she uses to sway Alyssa to her side. We also find out how she manages to stay one step ahead of the Order. She dabbles in Necromancy just enough to see how some immediate events are going to turn out. This is how she finds out about the Knights robbing the Order using a demon, and uses the same trick to rob them as well as the Sons of Prometheus.

Furthermore, she is also exceptionally adept at magic. She is stronger than most magicians and, on top of that, she is also a werewolf. At first, the Knights believe that she is wearing Midnight, who was stolen as a part of the Order’s collection. But then, when she returns all five boxes to the Knights, they deduce that she must be wearing Alpha, the most powerful of them all, which has remained shrouded in mystery for a long time.

With Alyssa by her side, Salvador starts giving away magic to random people, but this charity creates an imbalance in the energy of magic. Magic performed without sacrifice leads to a tear in the system of things and these outbursts get worse with every new act of magic performed by them. Vera decides to put an end to them once and for all, even if it means killing a few to save the many. Jack manages to arrange a meeting between her and Salvador where they can find a common ground that doesn’t have to have so many dead.

Salvador demands a spell called Foris Factorum, which would allow her to give away magic to people who won’t have to depend on sacrifices. However, Vera knows that such a powerful incantation comes with its own sets of rules which eventually exact more price than what it’s worth. She can’t give in to Salvador’s demands, but she also can’t let her create a chain reaction with her rogue magic that will eventually lead to an apocalypse. During their meeting they are bound by a spell, through which Salvador tries to kill Vera, who kills her in return.

This infuriates Alyssa even more and she decides to be more offensive. To make Vera give up the incantation, she takes away her magic. Vera decides to not give in to her demands but is convinced otherwise by Hamish, who wants her help in bringing back Lilith. Vera and Alyssa meet where the latter helps her seal an opening in the fabric of space and time, but Vera also warns her about the trickery of Foris Factorum.

Meanwhile, the Knights open up the portal to Hell and bring back Lilith, who is not quite the same. It turns out that either all this time in Hell has turned her into a demon, or that another demon has come to the Earth inside her body, But that’s not the most imminent problem for the Knights.

Gabrielle has been possessed by Midnight and is fighting with him for control. Midnight wants payback from Silverback but decides to not kill Jack after seeing that he is more controlled than the previous owners of the hide. However, it still considers Vera and Alyssa a threat and when the deal between them is done, it attacks Alyssa. The only one who can help her is Vera, but she doesn’t have any magic. Before Alyssa can give it back, she dies. In the last scene, we find Jack taking her body away, along with the Vade Maecum.

Had it been some other show, we would have probably accepted Alyssa’s fate, but with the most powerful book in existence in his possession, it only makes sense that he will use it to bring his beloved back from death.