Netflix Review: ‘The Unlisted’ is Only Suitable For Teenagers 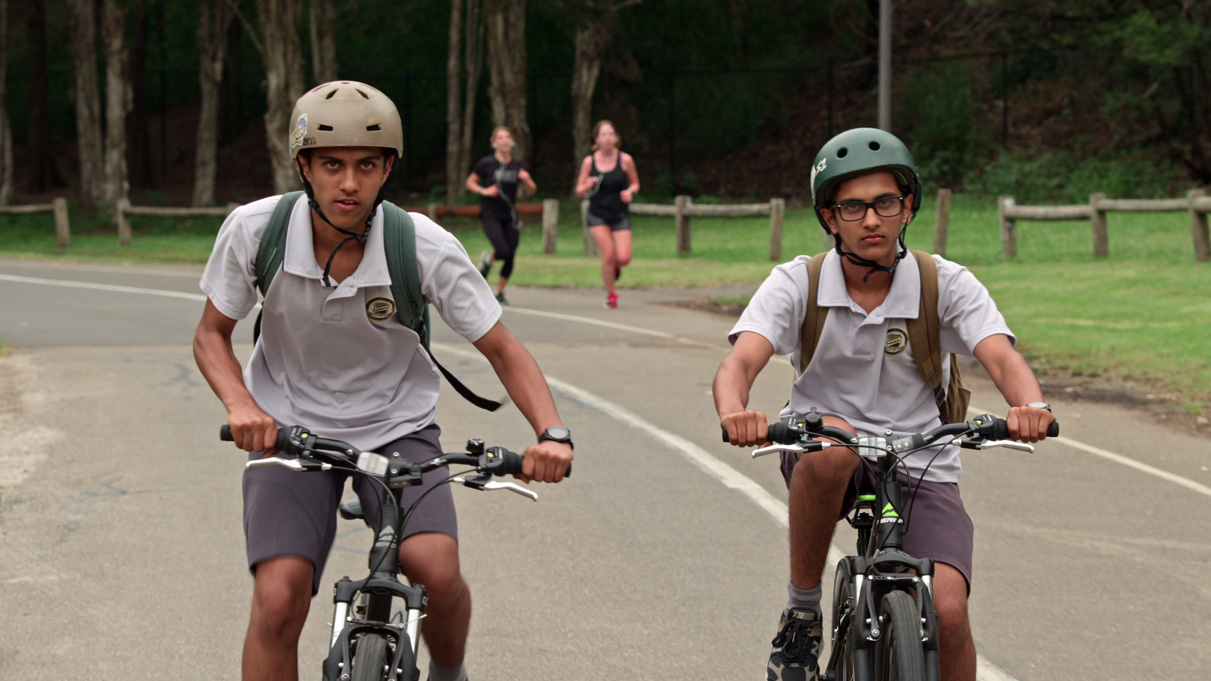 ‘The Unlisted’ is an Australian series that follows the adventures of a group of children who discover a sinister conspiracy underway. The protagonists of the story are the twins, Dru and Kal. Their school becomes a part of the program that promises to secure the future of the children. It begins with a dental check-up, which Dru skips due to his fear of dentists. Soon after, he realises that he has dodged a bullet. It looks like all the children in the school have been implanted with a device that allows others to control their minds. Digging into the motives of the company involved with the program and the extent of it, they come across a group of children who are on the run because they are just like Dru. They didn’t receive the implant; they are the Unlisted.

Further down the road, Dru and Kal come to know about the real motives behind the program, who is running it and how far they are willing to take it. They have to take a lot of chances, wondering whom they can entrust with their secret, and sometimes, even their own relationship is brought to test. In the end, it comes down to the support of friends and family and their own mettle to fight against the system that could completely change the meaning of childhood.

Over the course of fifteen episodes, all of which clock under half-an-hour, the story goes through a number of twists and turns to deliver an adventure binge-worthy for children. It touches upon the question of free will, and the brutal greed of the adults to turn children into robots. Some of the times, it feels like the representation of adults who are obsessed with controlling every aspect of adolescents, wanting to turn them into academically and athletically successful beings. In turn, we get rebellious protagonists who will stop at nothing to bring down the evil empire.

The show succeeds in depicting both sides as such, but not too phenomenally. In the end, it remains limited to being a story that is aimed at children and doesn’t think much about including adults in its viewership. It takes its time to build a world that is a nightmare for children but never moves beyond into braver and bolder territories. By now, we have seen a number of YA stories with far compelling scenarios and likeable protagonists. ‘The Unlisted’ doesn’t do much to traverse beyond that and hence, feels stunted. To the adults, at least.

Understandably, it is directed towards teenagers and uses all the tried and tested tricks to appeal to its audience. The bond between the brothers, the love of family, the importance of friends, and making the choice between right and wrong- the emotional factor is just right. Be it the humour that is served as witty one-liners or the light-hearted atmosphere of the Sharma household, the heavier elements of the story have something to be balanced with. What makes it even better is the relatability that an Indian kid (or adult) would find in it. In the form of Dadi, you’ll be reminded of your overbearing but well-intentioned grandmother. The daily palate of breakfast, which has everything from ghee-laden parathas to mouth-watering samosas, makes your stomach rumble.

The Indian-ness of the story becomes an important part of the storyline as well. There are some things that only Indian parents can say to their children (like “they’ll ground you till you are middle-aged”). It is lines like these that make you laugh out loud, no matter what the tone of the story at the moment is. In fact, if you have seen even a single Indian soap-opera, you’ll easily see its influence on this show.

The tricks used by Dadi, especially in the last couple of episodes, are right out of that handbook, and she, too, doesn’t shy away from mentioning it. The songs in the background, sometimes, feel a tad overdone, but all in all, the representation of an Indian household seems about right. However, even this relatability and nostalgia can’t keep ‘The Unlisted’ from running dry. One of the things that could have solved this problem is the shortened length. In the times when TV shows try to keep their run as concise as possible, the stretch of fifteen episodes, despite a half-an-hour runtime, seems too much.

Considering the total time, it isn’t something that a binge-watcher can’t sit through, but the inconsistency in the content makes them want to break the flow and wonder if they should dedicate any more of their time to it. A tighter plot is something that this show could greatly benefit from. Even if they are counting on the younger audience to be more inclined towards it, they must factor in other teen dramas that Netflix serves to the age group.