Who is Rhino on The Masked Singer? 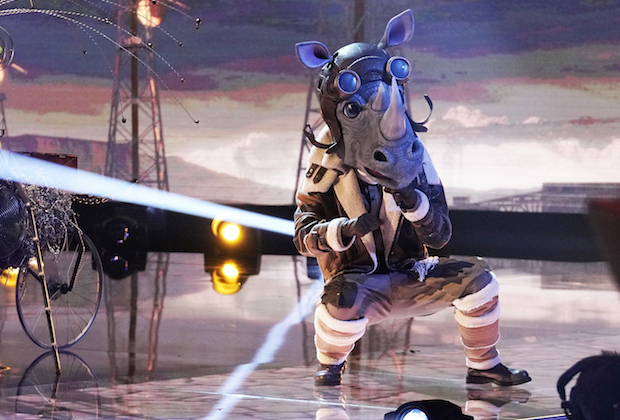 Season 3 of ‘The Masked Singer‘ has seen the competition heating up more than ever before. We have seen extremely talented performers getting up on stage and pouring their hearts out through songs. To top it off, it has been harder to guess the identities in Season 3. One of the performers who has been giving us quite the runaround is Rhino. Dressed in an old-school aviator outfit, Rhino’s clues have been about his life story. He’s been a strong performer in the group stages. Although Rhino fumbled a bit in the Super Nine, he is looking to turn his luck around in the smackdown phases of the competition.

Since Rhino has not had his smackdown competition yet, his last clue package comes from Episode 10. The performer commented that progress comes at the edge of the comfort zone and states that airplanes are meant to fly. Aviation has been a common theme throughout Rhino’s performances.

As part of the Super Clue, Rhino reveals a slot machine, saying that it refers to more than his personality as a gambling type. He gives more clues for a ‘quarter,’ stating that people might have one of his albums too. He also proceeds to clear a misconception about himself, saying that Rhino’s not as tall as he appears. You can check out the clue package below.

Most fans believe that Rhino is Barry Zito, although there’s no concrete confirmation yet. Most of the clues point towards him. Rhino states that he wears his outfit like an ace, which might refer to Zito’s former profession as an ace pitcher. Moreover, Zito went on to have a career in music after baseball.

The performer speaks about rising to the top and dealing with criticism. We know that Zito never quite found his footing after Cy Young. One of the clue packages sho three quarters, which adds up to 75 cents. It happens to be Zito’s jersey number. The roommate sounds Californian, and fans know Zito attended USC as well as UC Santa Barbara.

Referring to himself as a gentle giant could be Rhino’s way of drawing attention to the fact that Zito pitched for the San Francisco Giants. The sliced hamburger bun could also be a subtle nod to Zito’s signature pitch, known as the slider-cutter hybrid. The Grand Ole Opry threw many fans off, but Zito did end his baseball career at the Triple-A Nashville Sounds, where the hall is located.

Some other clues that point towards Zito are the butterflies in the clue package, and the hint that performing for a king is in his blood. Zito has a song called ‘Butterflies,’ and his father collaborated with the legendary Nat King Cole. Therefore, it seems that Zito is most likely to be behind the Rhino mask. You can check out a fan’s tweet about the same below.

One Twitteratti has posited that Rhino could be Gavin DeGraw from ‘One Tree Hill‘ because his voice sounds familiar. However, in the absence of other corroborating clues, one cannot take this guess too seriously. Nonetheless, check out the tweet below.

Rhino might be unmasked in the upcoming episode of ‘The Masked Singer,’ in which event we would know for sure who’s wearing the outfit. However, if the performer does continue in the competition, other clue packages will help us discern Rhino’s identity.