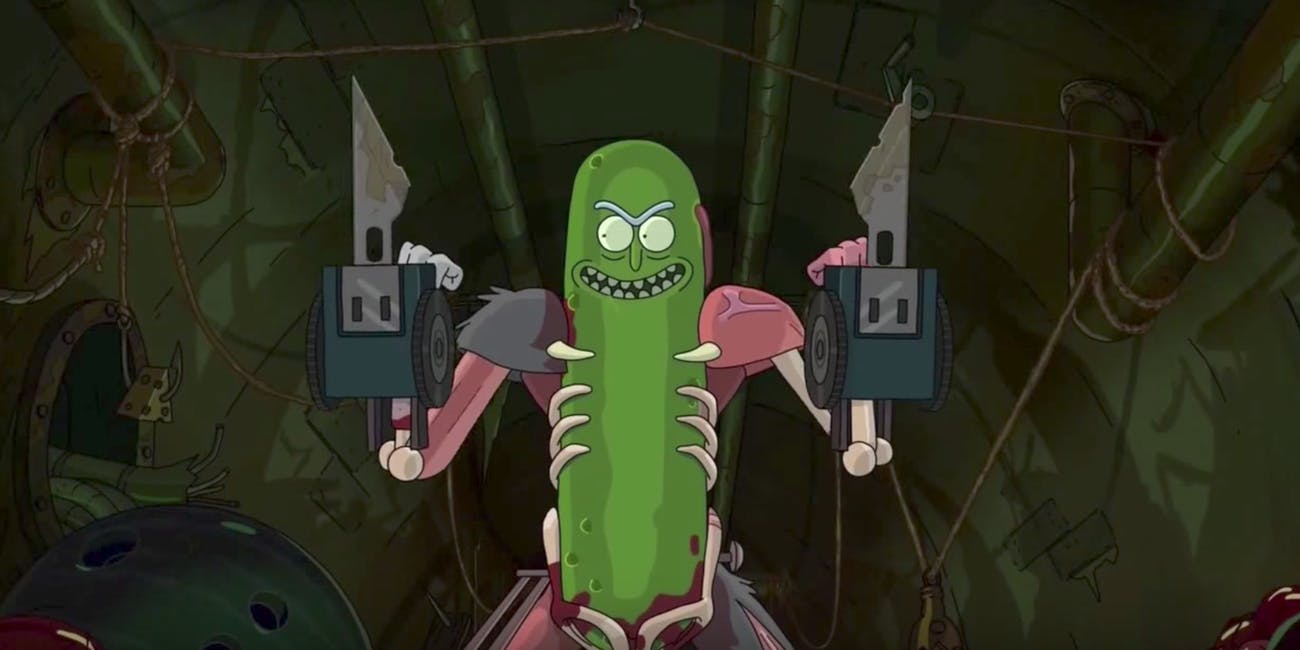 If I were to list down a single episode from ‘Rick and Morty’, just one and no more, to represent what animated gold for television meant, it would be ‘Pickle Rick’. Its Emmy win for best animated program of the year is solid testament to that. The exciting thing here is that it is still not the best episode in the season or the series in my opinion, and while I carefully reserve my judgments on the best episode until we sequentially get there, ‘Pickle Rick’ is an unbelievably close second, closer than one can comprehend, even surpassing the best episode of the series in several aspects, especially the excitement and rush of it all, but just falling nanometers short of being the best. It’s that close.

Now, if you have seen the series which I am assuming you have since you are here, and if you are a fan which too I am assuming that you are, you would agree that even ‘Rick and Morty’s second best would be pretty darn gold when it comes to television. In addition to that, this episode, to a more discerning or unaware audience is literally a list of ingenious ways in which a human-pickle could kill roaches, rats, and (you guessed it) humans, with the family therapy sessions being the more informed bits of the episode, but to believers in ‘Rick and Morty’, this was entirely something else. It’s just a sentiment that the rest of the fandom shares. 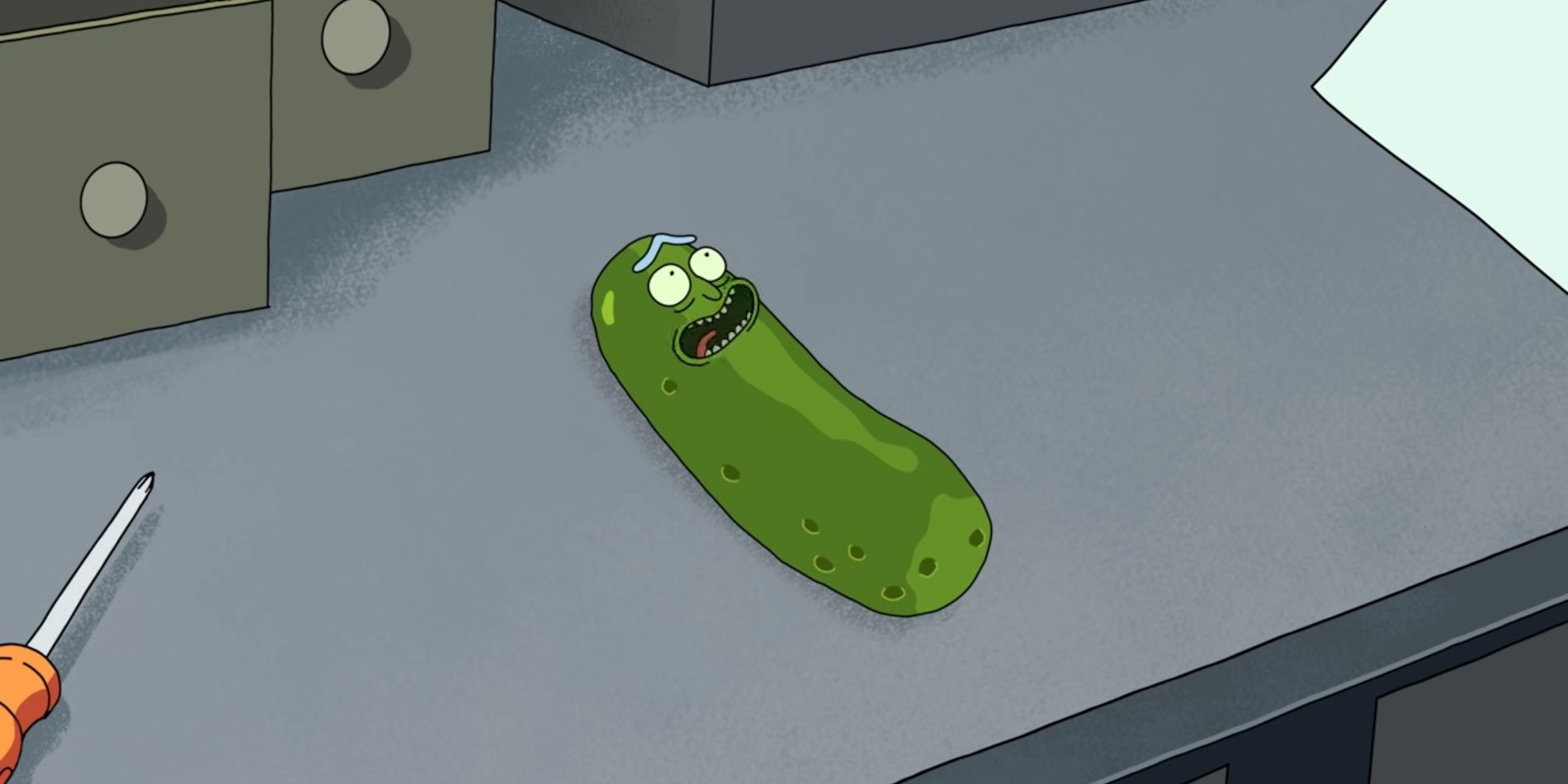 First off, if you need to catch up on where the previous episode left off, you can check that out, here. ‘Pickle Rick’ continues exploring the impacts that Jerry’s and Beth’s divorce has on the family, with all of them, including Rick and Beth being ascribed to compulsory family therapy by Morty’s school principal. The reason? The school thinks that Summer and Morty were taking it rather hard, since Morty wet himself during class and Summer was caught sniffing enamel in pottery class. Rick, the smartest being in the universe is obviously averted to the idea of that, and to avoid family counselling, turns himself into a pickle. Morty discovers that he had placed a complex mechanism around himself to inject himself with anti-pickle serum as soon as Summer, Beth and Morty would leave, leading to him being seemingly exposed and Beth taking away the syringe. What follows next is a rollercoaster ride that you were not, cannot be prepared for.

Following a tumultuous set of events and his rendezvous with a cat and some rain, Rick finds himself inside a sewer, where an unassuming cockroach is his first victim: one he kills using his tongue. He then uses parts from the cockroach’s body, to make himself an armour that he uses to slay atleast a dozen rats in a completely nihilistic manner. Using the body parts of his newly slain victims, Rick modifies his armour and builds himself a makeshift jet pack, which he uses to escape to the toilet of a super-secret facility.

What follows next is a literal pickle with a face finding the goriest and most gruesome ways to kill 34 men inside the facility, one after the other, through carefully devised booby traps and a laser gun he makes. The men refer to him as Solen’ya, from a Russian myth about a pickle man who would come after you if you wasted food. Of course the myth is false, but the level of dark savagery in this episode isn’t. The unnamed leader of this unnamed organization lets loose Jaguar, thought to be an unstable criminal, to stop ‘Pickle Man’, offering him the chance to see his daughter again.

As the two square off in epic 80s fashion, Rick convinces Jaguar to fight beside him. The two escape from the building, killing the remaining men and the director, who acknowledges Rick as Solen’ya before dying. Jaguar, now aware of the truth about his daughter being dead from the beginning, jumps from the helicopter they are escaping in, and inspires Rick to tell his daughter how much he loved her while he still had the chance. 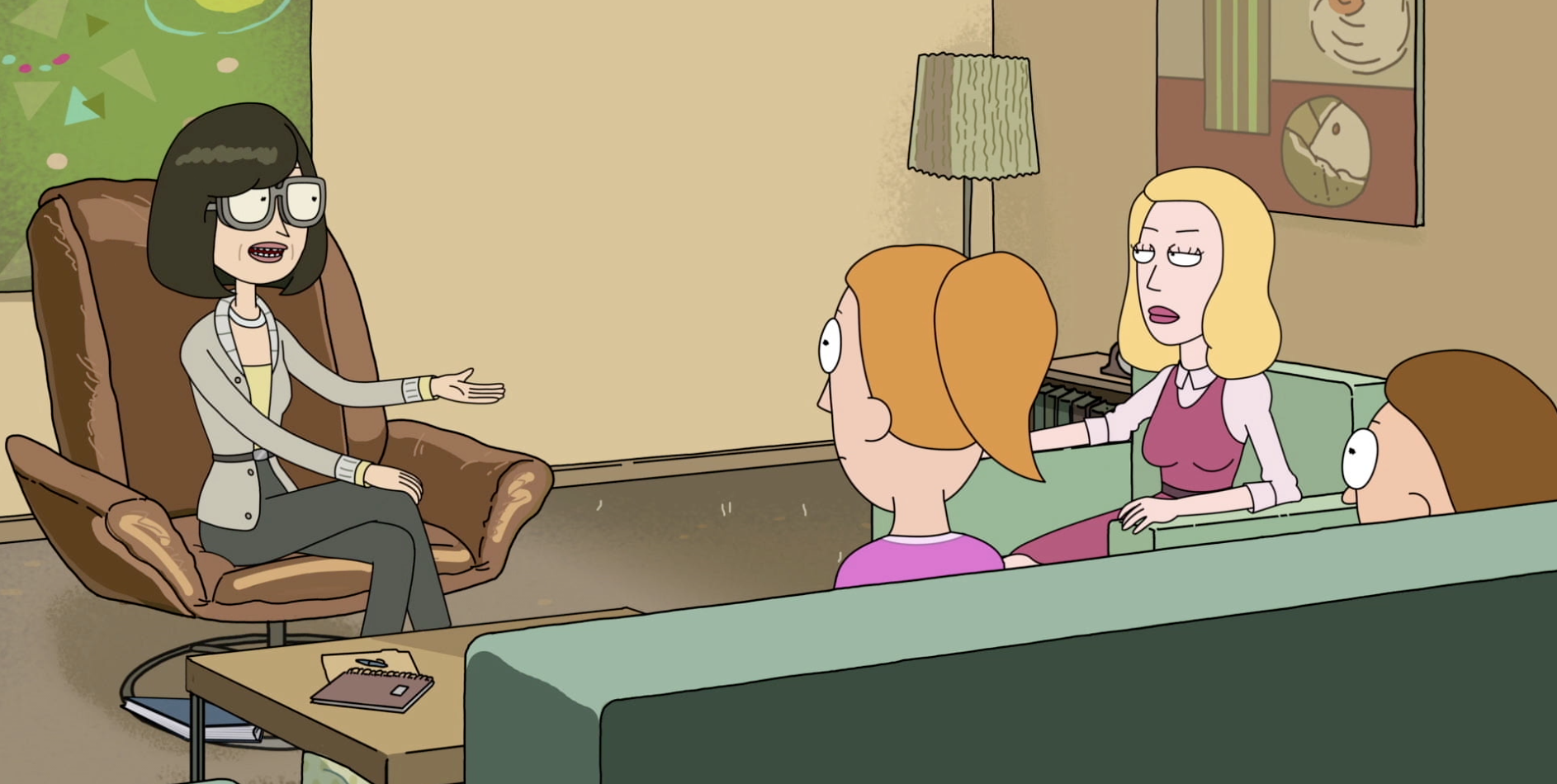 Rick joins the family therapy session as a pickle, where, until now, the three have been asked to make a typical “I” statement and to state what they truly felt was in the syringe. While Summer and Morty are clear that the syringe contained anti pickle serum, Beth is dismissive and dodges the question by insulting both her children.

The therapist, Dr. Wong (played by a calmly composed Susan Sarandon in a guest role) deduces that Beth’s blind appreciation of her father and his intelligence and non-reliance on others was toxic and had proved detrimental to the family. As for Rick, who is immediately dismissive and insulting of therapy, Dr. Wong deduces that his problem was the dichotomy at the centre of his mind being an “unstoppable force” and an “inescapable curse”, and that his family justified sickness with intelligence. She also points  out that while therapy or counselling wasn’t as adventoruous as his daily life, it was stil necessary as a regular, mundane activity for the family’s healthy functioning.

On their way back home, Rick asks Beth for the serum so that he could turn back into himself and apologises for lying to her. The two are also utterly dismissive of the session and decide against repeating the session weekly, even while Summer and Morty seem interested, deciding to go drinking instead. Handling their problems like real adults would, won’t you say? 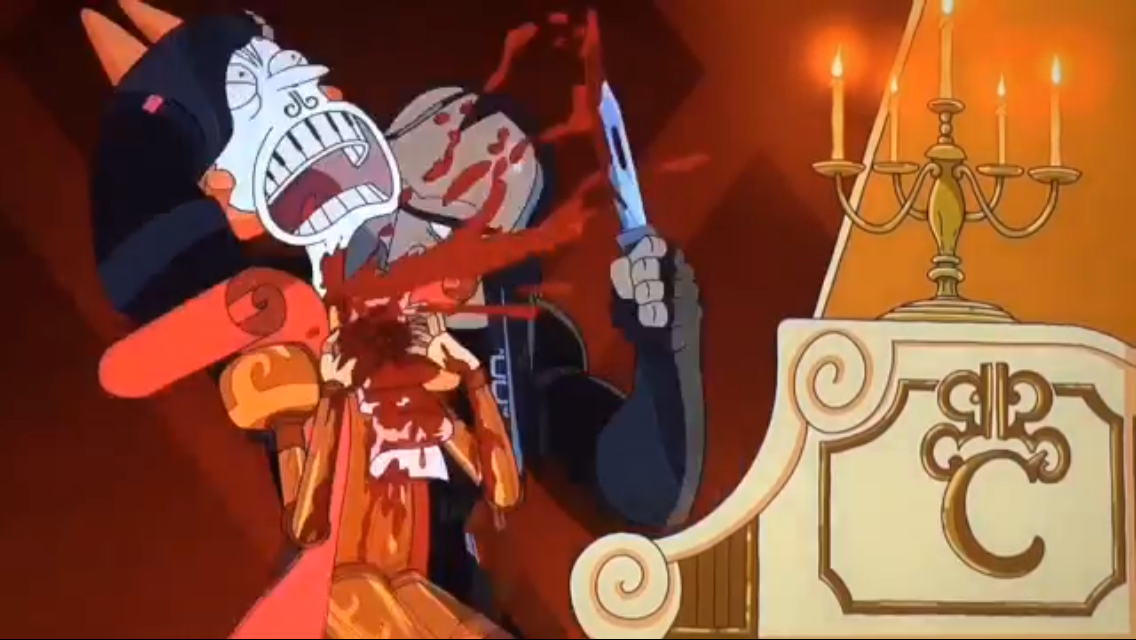 Jaguar is easily among the best characters introduced on the show, and believe me there are so many of them, each one of them equally creatively birthed by the writers and more indigenous than the other. Alas, his presence on-screen is also limited but lucky for us, he makes a comeback in the post-credits sequence, where Rick and Morty are held captive inside a giant piano by Concerto, who plans on killing them. Jaguar flies in, slashes Concerto’s death, killing him, and flies away, to which Rick funnily remarks, “that’s why you don’t go to therapies”.

‘Pickle Rick’ is vile, bloody (for an animated series, that’s saying something), disgusting in parts, and senseless to the point of being ridiculously entertaining. In short, an absolute blast from start to finish. While both the parallel stories, Pickle Rick and family therapy are breathtakingly, brutally, alliteration-breakingly beautiful and unbelievably insightful, respectively, it is their careful intermixing that makes ‘Rick and Morty’ rise above an established niche for animated serials. Best of the best.