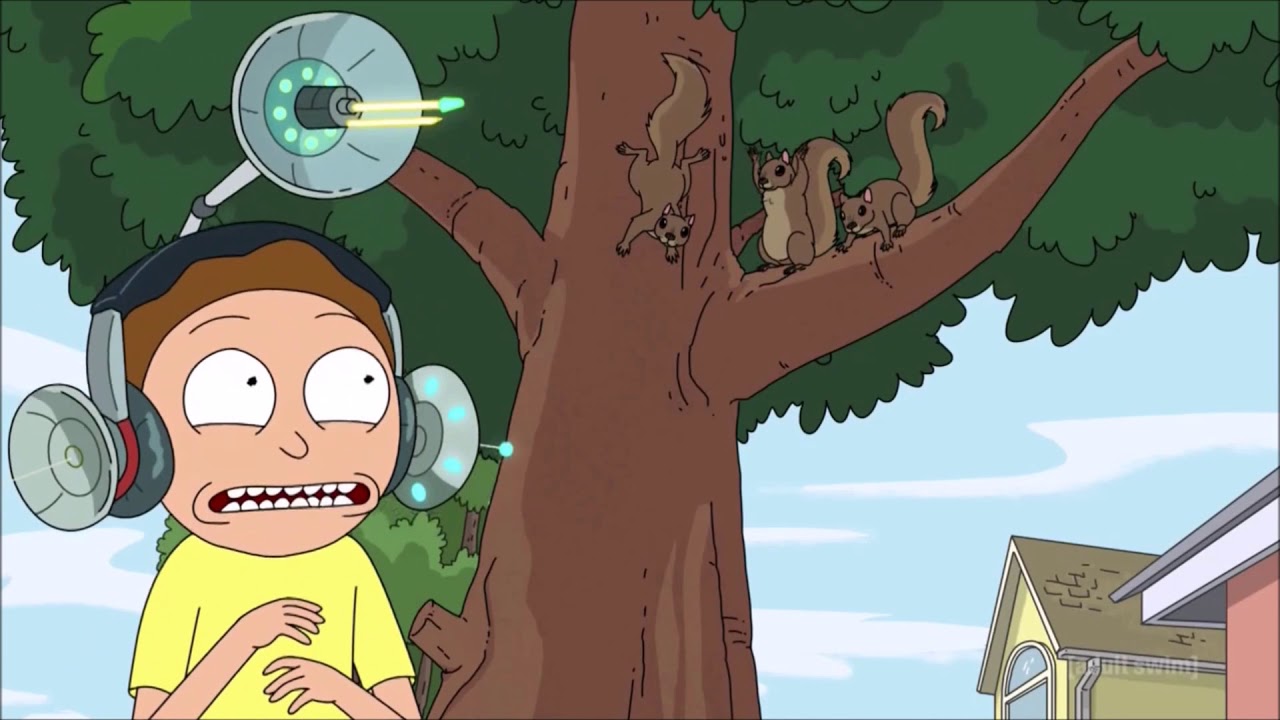 The eighth episode of the third season of the series both keeps in and defies the tradition of the eight episode of the show, with the slot in the previous seasons being occupied by Interdimensional Cable. Well, the format this season remains the same: show the viewers a bunch of unforeseen footage clip by clip along with a bare connecting storyline to string it all together. The mode of presentation changes: instead of Rick and Morty watching completely unrelated, and frankly weird (even by the show’s standards) clips from different dimensions in space on television, the clips this season are called “Morty’s Mind Blowers”, and are snippets of their adventures that somehow went South and Morty begged Rick to remove them from his consciousness. Turns out that Rick has an entire room stocked with them, more than enough to have a full episode! 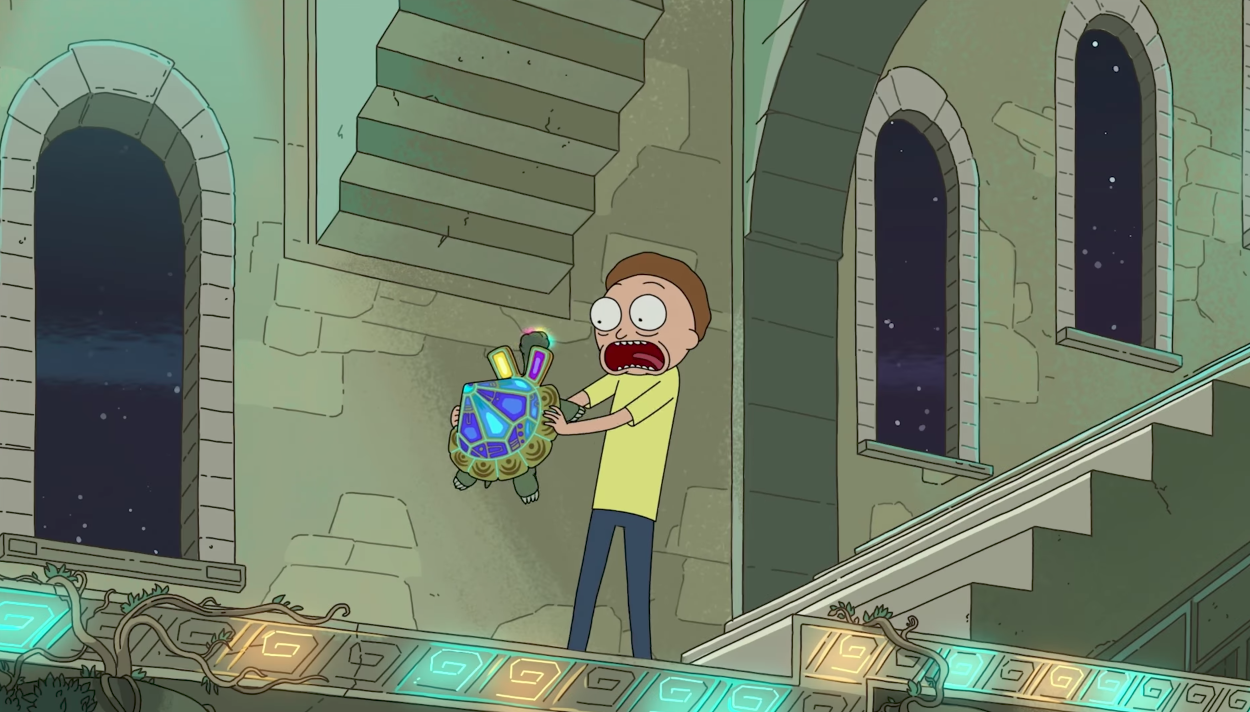 The episode begins rather regularly with Rick and Morty away on one of their adventures where they are escaping with a mystical artefact called the “truth tortoise”, closely being followed by, well, a creature. Rick advises Morty not to look into the eyes of the truth tortoise but he does, regardless, causing him to drop the tortoise into the void as the two escape. Even the world where this scenario is staged is an extremely imaginative twist on the Relativity Painting by M.C. Escher.

Back home, Morty cannot seem to get the truth turtle out of his head and begs Rick to erase the memory form his head, a sentence that Rick completes making Morty wonder. At this point, Rick leads Morty into a secret underground chamber beneath the garage where he has tubes with Morty’s erased memories that he termed Morty’s Mind Blowers, naming them such following the first time his mind was “blown”, and then breaks the fourth wall to tell the audience that they’ll be doing that instead of Interdimensional Cable. 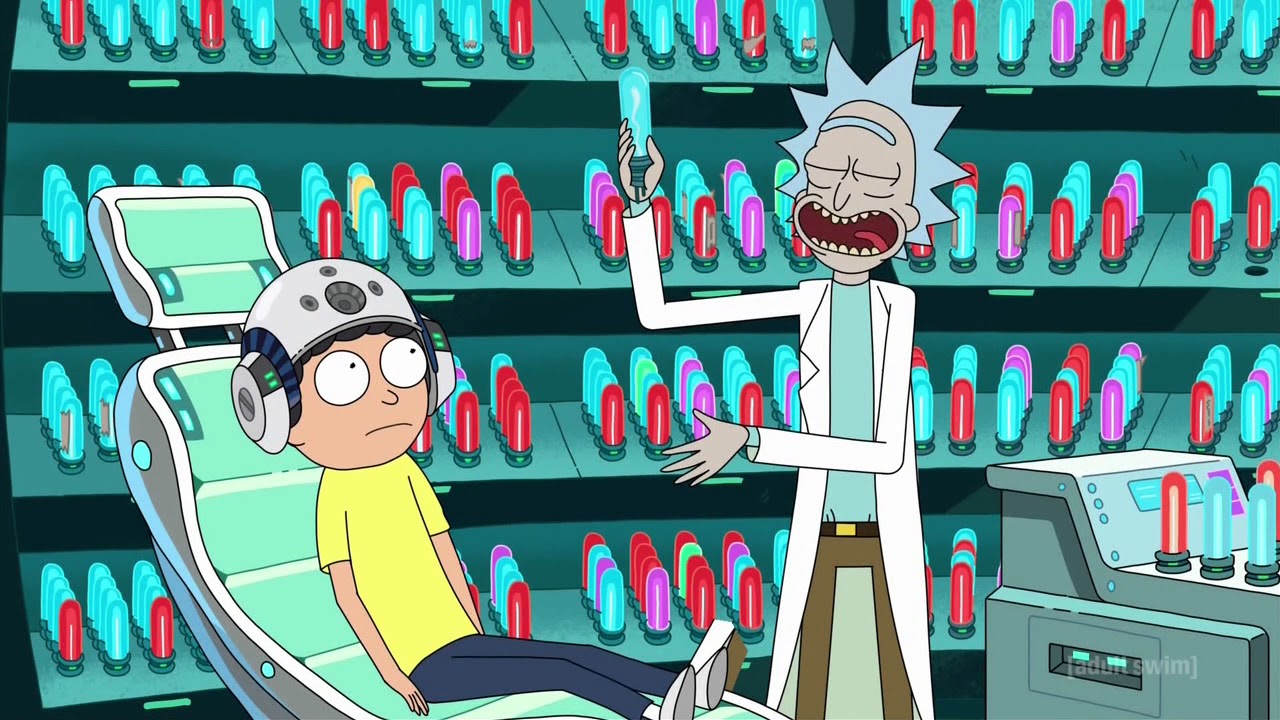 Rick starts playing the memories for Morty one by one by placing the tube in the slot in the helmet, leading to Morty going back to them and experiencing them, making him realise why he’d asked Rick to delete them in the first place. The first one, titled ‘Moosnpiracy’ by Rick has Morty accidentally mistaking a smudge on his telescope lens for an actual man on the moon. Things get complicated when the same man shows up at school as the guidance counsellor and Morty becomes convinced that Mr. Lunas wasn’t who he was pretending to be. Morty tells on him on Principal Vagina, telling him that he “lived on the moon” and that he was “up to something”. Principal Vagina misconstrues it as code for him being a pedophile and violently confronts him. Lunas’ humiliation leads him to commit suicide, something Morty couldn’t help but feel guilty about, since it was his mistake that drove Mr. Lunas to kill himself.

Among other memories that blew Morty’s mind first included him convincing an alien to search for proof of an afterlife, leading to him dying and experiencing hell, Rick tricking NASA employees to replace Rick and Morty in an alien’s Menagerie because Morty requested Rick to get them out by “any means”, Rick killing an animal on an alien planet that helped them and Morty befriended so that they could take refuge under his guts when temperature hit a negative 300, only to realise that they were on the wrong planet, Morty experiencing true level, his misadventures with an “anything magnet” that brought Jessicas to the yard, the unpleasant memory of his mother choosing Summer without a thought in a life and death situation, Morty being possessed by the alien Voltamatron, and him sliding in and out of Morty’s mouth, disgustingly so, as his family repeated described how much they loved him to get Voltamatron out,  and my personal favourite: Morty asking Rick for a device that would allow him to listen to what animals talked about, in the process uncovering that squirrels were responsible for the running of the world in a smooth manner. The squirrels upon realising that Morty was listening in on them, corner Morty and Rick near their garage, leading them to switch to an alternate reality. 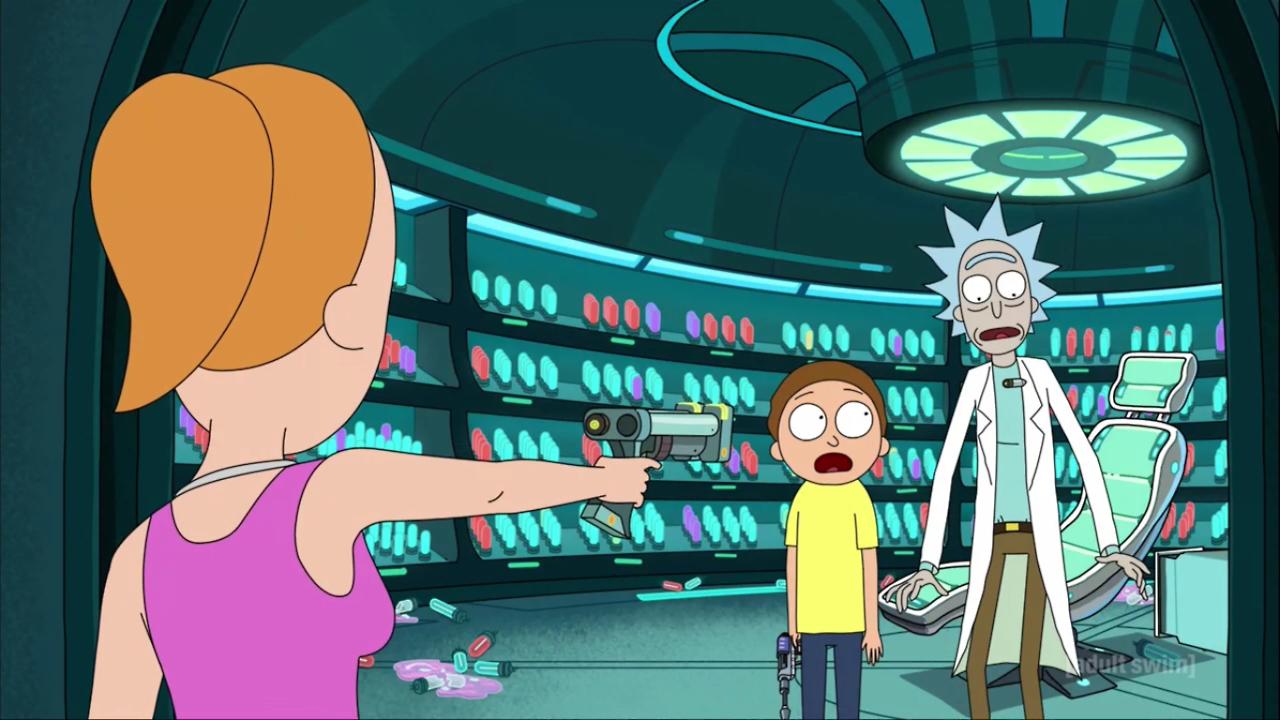 Morty slowly realises that the memories being played were a mix of blue, purple and red ones, with blue signifying the ones where Morty personally screwed up and asked them to be removed, purple signifying the ones by his family and red signifying the ones where Rick embarrassed himself in front of Morty and ended up removing those memories to keep his pride, knowing which an enraged Morty attacks Rick and the two accidentally end up erasing each other’s memories. Morty, in an attempt to recuperate plays all the memories one by one and decides to kill himself, considering the vast amount of his memories just sitting there, with Rick joining in too.

At this point, Summer walks in and sees them both pointing a gun to their heads, realising that the situation had gone south. She puts in motion a contingency plan devised by Rick for situations such as this and restores both their memories. She then drags them in front of the television set and the two wake up to thin that they slept through and missed an entire episode of Interdimensional Cable, cursing Summer for the same.

In the longest post credits scene this season, Jerry wanders by Rick’s garage to discover a helmet marked “Jerry’s Mind Blowers” and upon putting it on, relives an alternate and twisted rehash of ‘E.T: The Extraterrestrial’, where Jerry leaves the alien Gobo in his car, thinking it to be inside the basket of Morty’s bicycle which was intended as a distraction in the first place. The family discovers Gobo dead and decaying inside Jerry’s car.

While putting forth my two cents on this, I do also acknowledge that Interdimensional Cable is infinitely more imaginative than Morty’s Mind Blowers, but in my opinion, this anthology like episode turned out to be better than the ‘Interdimensional Cable’ segments that were surely immensely fun to watch, but fall just a tiny bit short of Morty’s Mind Blowers, for me at least, simply because they involve Rick and Morty: it’s their adventures rather than corn people or men fighting cars to the death in the gladiatorial ring, among other completely zany absurdities. However, in keeping with the tradition, this episode has no bearing whatsoever in the overarching story of Season 3.