‘Rick and Morty’ season 5 episode 3 is a tale of two romances, each different than the other, that brings a new sense of realization to both our titular characters. The episode follows Morty as he begins dating a conservationist superhero known as Planetina. Meanwhile, Rick and Summer embark on an interplanetary party-hopping adventure. If you are looking for a refresher or breakdown of the latest episode’s events, here’s everything you need to know in that regard. SPOILERS AHEAD!

The third episode of ‘Rick and Morty’ season 5, titled ‘A Rickconvenient Mort,’ opens with Rick and Morty getting caught in acid rain. They are saved by the superhero Planetina. Morty introduces himself, and the two hang out together. Later at the Smith house, Morty tells his family about Planetina and insists on going to a dangerous wildfire to meet her. Beth is against the idea.

Summer is going through a breakup, and Rick makes a plan to cheer her up. Rick and Summer decide to visit three planets that are about to be destroyed and are having an apocalypse party. Their plan is to engage in meaningless sex without getting attached. Morty and Planetina begin a serious relationship. Morty kills the people who control Planetina and obtains the rings that summon her.

He asks Beth if Planetina can move in with them. Beth refuses as she disapproves of their relationship because Planetina is much older than her son. In space, Rick gets attached to an alien named Daphne and saves her from the apocalypse. Summer is angry at Rick for breaking the rules of their adventure. The rest of the episode deals with the fallout from Rick and Morty’s new relationships.

Towards the end of the episode, Planetina murders a few hundred miners in the name of saving the planet. Morty is in shock and disbelief. Planetina defends herself by saying that those people voted for a government that is contributing to the planet’s slow demise. Morty argues that it was still wrong of her to murder those people. He tells her that he can no longer love her. As Planetina leaves, Morty breakdowns, and Beth comforts him.

In the end, Morty and Planetina break up. The episode sees Morty have a serious and mature relationship with a woman much older than him. While he might still be a kid, Morty now begins to understand the baggage a person brings into a relationship. Despite her love for Morty, Planetina is more concerned about the planet, and she becomes a radical conservationist. This can be seen as a natural progression of a relationship where the aspects of your partner that you find attractive become insufferable. Morty’s romance with Planetina ends in a tragedy.

However, in a massive piece of character development, it is Morty who ends things with Planetina. This signifies that Morty is not the lovestruck teenager who will string along with a relationship blindly. He has started to understand the nuances of an adult relationship. Morty is finally ready and capable of having a stable romantic relationship. It’s just not going to be with Planetina.

Was Rick in Love With Daphne?

In the second story that follows Rick and Summer, the duo is on an interplanetary sex party. However, Rick gets attached to Daphne. In the end, Summer destroys the asteroid that is about to end the planet they are on just to prove to Rick that Daphne is using him to survive the apocalypse. Rick is momentarily heartbroken but gets over it fairly quickly. Knowing the cynical man that Rick is makes us wonder whether he actually loved Daphne.

After all, the adventure was meant to help Summer get over her breakup. It is possible that being aware of Summer’s rebellious nature, Rick knew the breakup could make her cynical about love like him. Therefore, Rick’s relationship with Daphne could’ve been a fakeout to help Summer learn a life lesson: a breakup isn’t the end of the world. Rick also notes that Summer destroying the asteroid just to prove her point is a very Rick-like action, which supports this hypothesis. The story’s cynicism also provides a nice contrast to Morty’s more optimistic outlook on love. Now that Summer knows how to spot a fake relationship; she might save herself some time and heartache in the future.

Is Planetina Based on Captain Planet?

Planetina is a parody of the popular superhero known as Captain Planet from the 90s cartoon show ‘Captain Planet and the Planeteers.’ Like Captain Planet, Planetina is also a superhero who protects the environment. Both heroes are a projection of elemental energies and can be summoned through the use of special rings. These rings are wielded by teenagers who can combine their powers to call on the heroes. 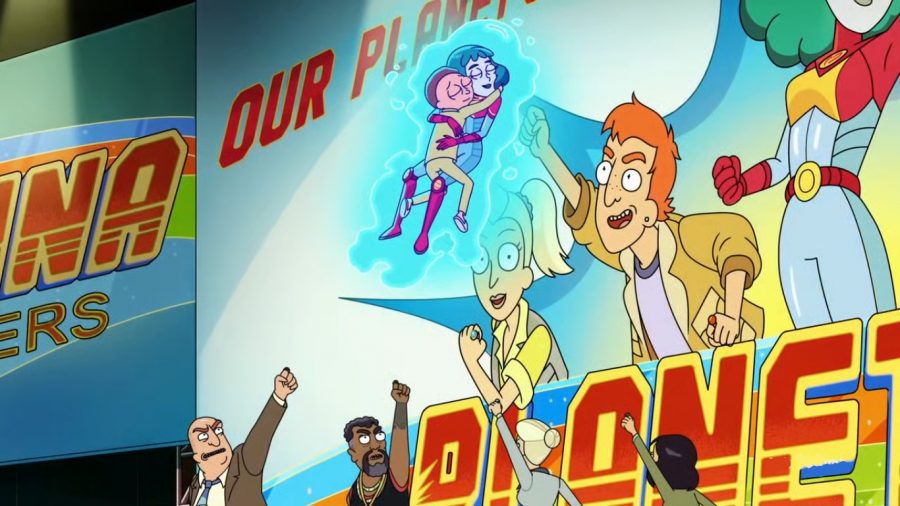 The show adds a touch of its trademark cynicism to an iconic character by gender-bending it and intentionally adding cheesy dialog. The kids who call upon Plentina “own” her. This can be interpreted as humans treating Earth as their personal property. Planetina has been commercialized almost like a product by her owners to profit from her popularity in a tongue-in-cheek reference to the popularity of modern superheroes. All in all, Planetina is a delightful parody of Captain Planet that explores the character’s relevance in today’s age.