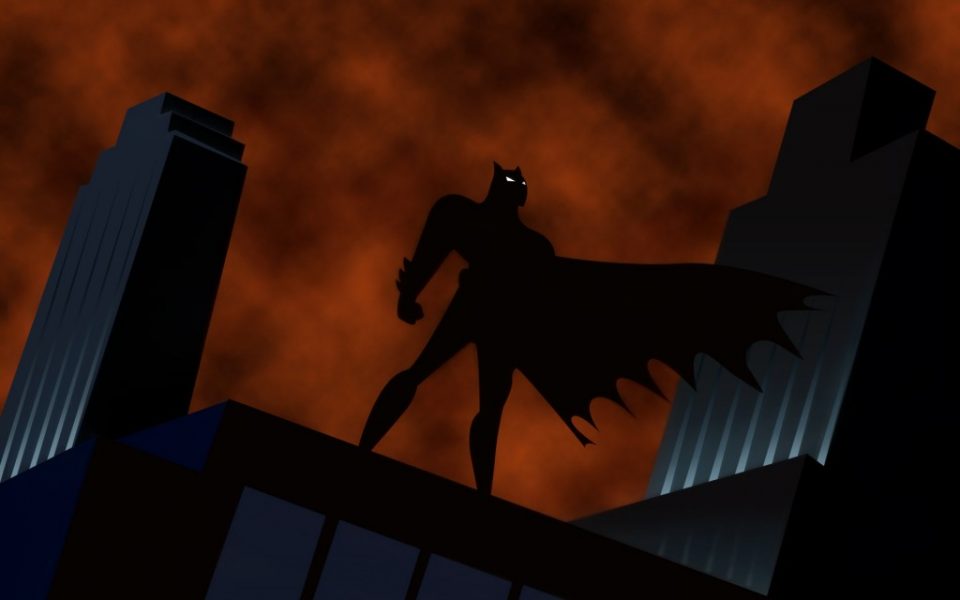 The good old 90s. When video games meant game parlours and slot machines, when Sachin Tendulkar was a debutante, and after-hour specials meant two hours of cartoons right after school. Also known as the golden time for cartoons, all thanks to the Cartoon Network and Hannah Barbera productions, the 1990s was a time full of nostalgia and magic. Relive your childhood here with this list of top 90s cartoons from the 90s. We care for you, and that is why we have compiled this tribute to the golden age of Cartoons. Cheers. 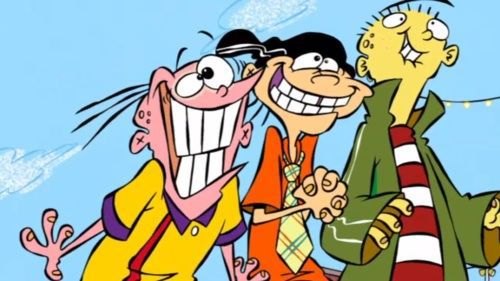 What can I say about this one? Three crazy guys doing what they do best: nothing. With close to nothing productive to do, the three friends Ed, Edd and Eddy roam around their hometown in search of some fun and ways to attract the girls. I agree the episodes of this series were a little haphazard, but this cartoon could ease your mind like none else. Watch these three friends wreck everything in their path and still bring joy to your sad heart. 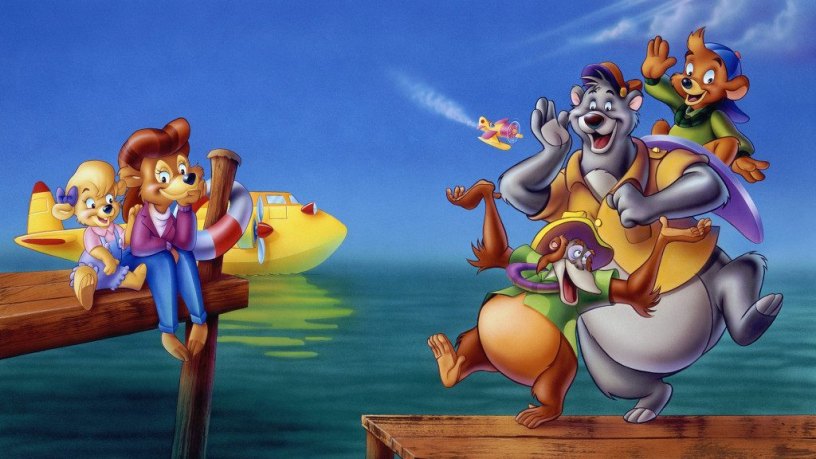 A spin-off (pun intended) of the Jungle Book, Baloo is cast in his standalone series as a bush pilot for a dwindling courier service facing foreclosure. His mistress Rebeccah, navigator Kit, and nemesis Don Carnage alternatively make Baloo’s life difficult and fun, when he is soaring above the clouds in his favourite plane. Allow this chubby bear to take you on the ride of your life. 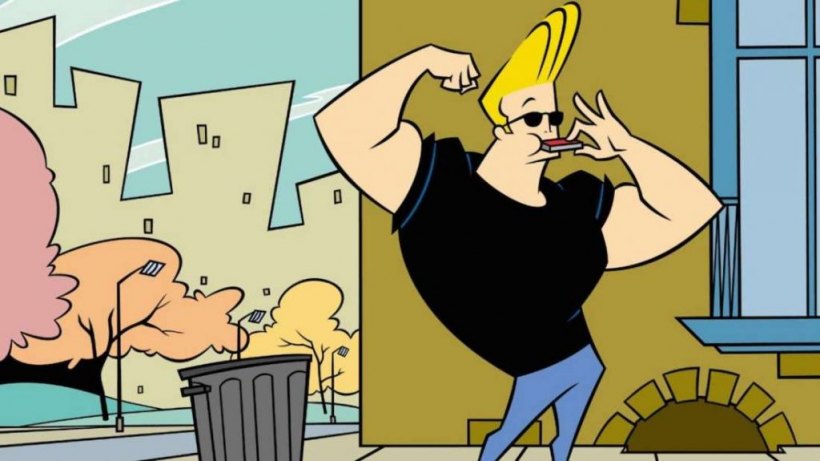 Johnny Bravo is an overconfident handsome hunk with yellow hair and an Elvis Like voice. He lives in Aron City, and his goal in life is to go out with a smart and good looking girl. However, his selfish approach towards women ends him up in awkward situations more often than not. Let’s just say Johnny has a personality only a mother could love. 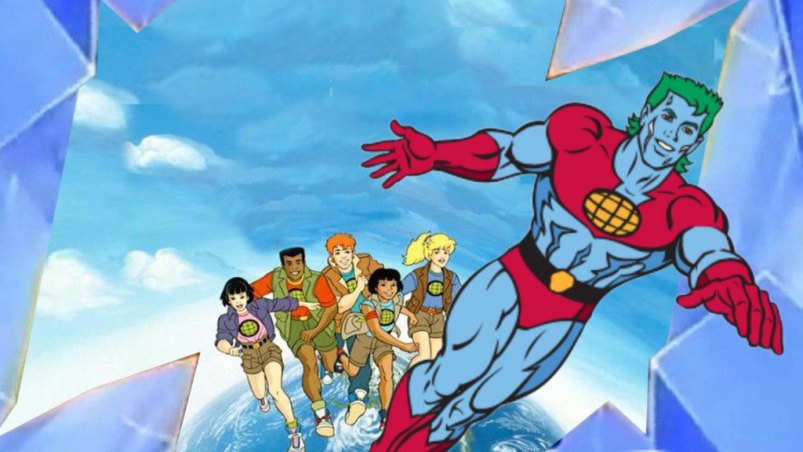 Teaching the kids about global warming and the ever-increasing pollution in a time when it wasn’t even in fashion: this is Captain Planet. The second longest-running cartoon TV Series of the 1990s, Captian Planet and the Planeteers featured five teenagers each with a power of Mother Earth. Together they battled the manifestations of pollution like deforestation, smog, radioactive waste etc. And when their individual skills were not enough, they could call upon the integration of their powers, Captain Planet. A brilliant edutainment show, this series is one of the gems from the golden era of Cartoon Network. 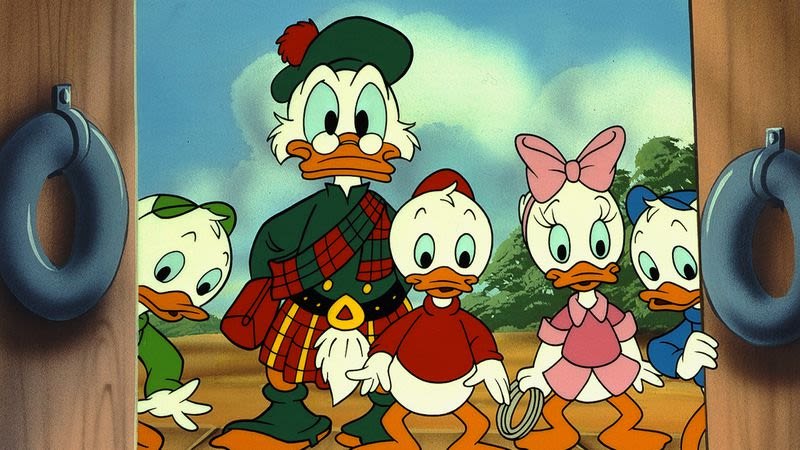 A Disney classic Duck Tales follows the life of the shrewd and money-minded Scrooge McDuck. In his effort to maintain his status as the richest duck in the world he has to thwart attacks by his enemies constantly. Helping him in his jest and creating an entertaining plot for the series are his three mischievous nephews Huey, Dewey and Louie. 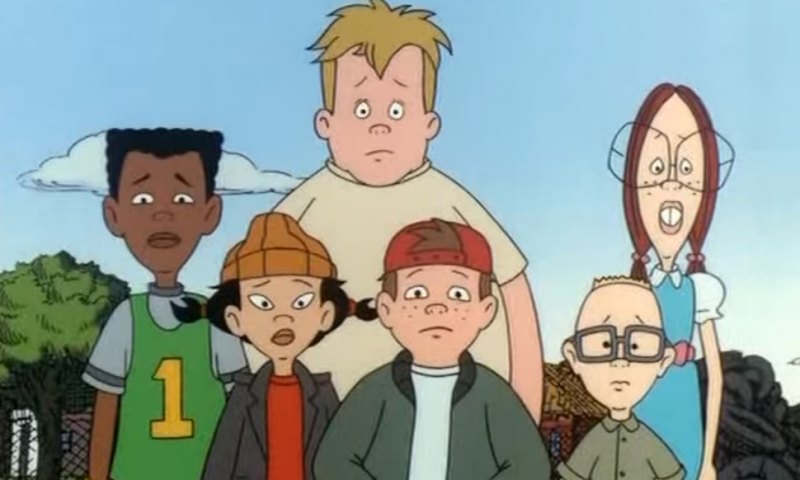 Recess is about the lives of six best friends who study in the fourth grade of Third Street School. All of them have a unique personality and experience the typical and sometimes not so typical adventures which a 9-year-old is supposed to have. Watch as the leader T.J. Detweiler along with his team of five bandits brings the best out of their recess time and derives fun out of morose scenarios to make sure you reminisce your school days. Guess the bell has rung. 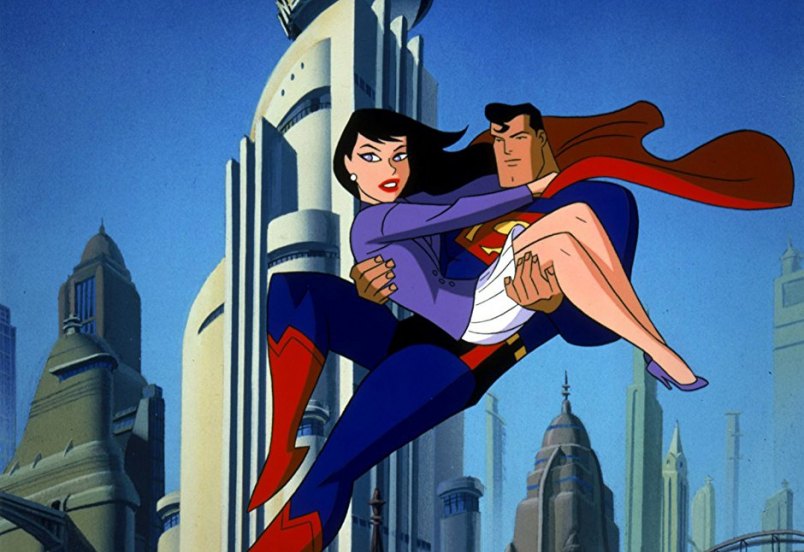 Well, when Spidey and the Dark Knight are on the team, how can the Son of Krypton be left out? Following the destruction of his home planet and his parents along with it, infant Kal-El reaches Earth on a spaceship. He grows up to be a handsome, smart and superhumanly strong man amidst the Kents. When Clark Kent realises what he is capable of, he can’t turn away from his responsibility and becomes the saviour of Metropolis, and the world. 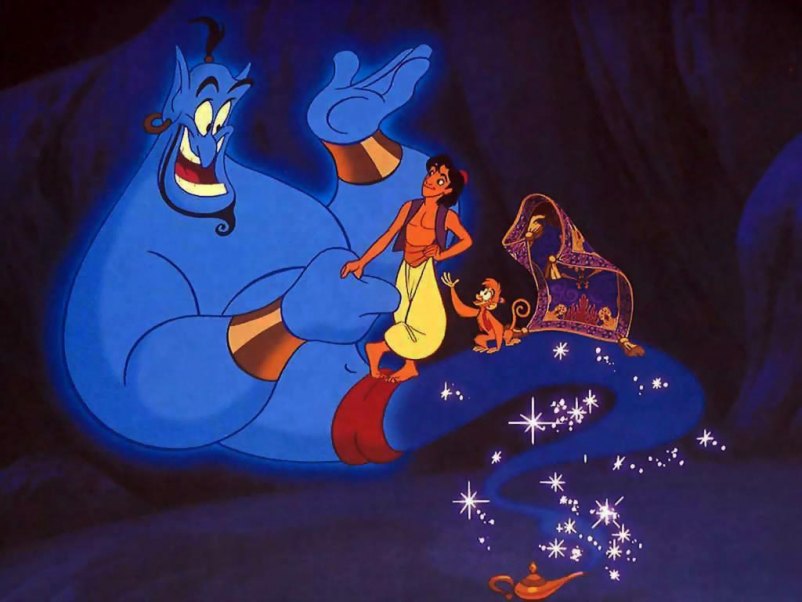 This is the Arabian Nights. Out of the pages of children’s storybooks comes Aladdin, Genie and their adventures in the city of Agrabah. Watching Aladdin and his cheeky friends, battle the dark forces trying to take over Agrabah at six o’ clock in the evening used to be nothing short of a miraculous experience. This one is a timeless cartoon which is so entertaining it can be watched by a person of any age. 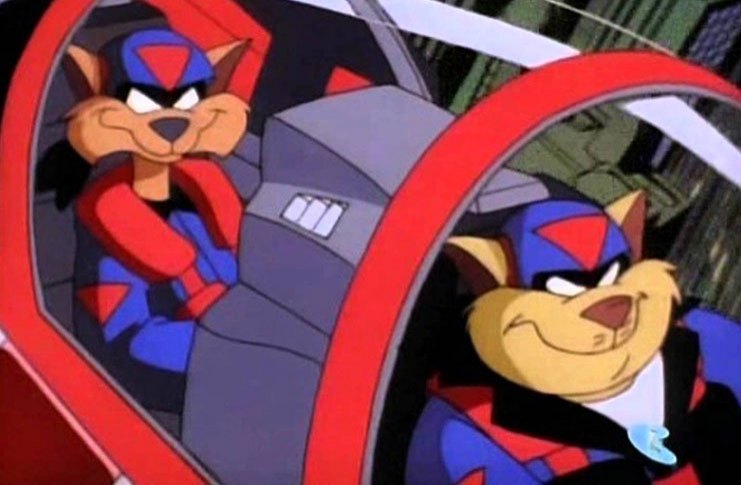 One of the prized possessions of Hanna Barbera and Cartoon Network, this is the Swat Kats. When ordinary mechanics Razor and T-Bone used to turn into masked vigilantes and save Megakat city from evil villains in their jet plane Turbokat at 4 p.m. on Cartoon Network, little kids used to flock around the television. Ask any 90s kid, and he’ll tell how much these two courageous cats mean to them. 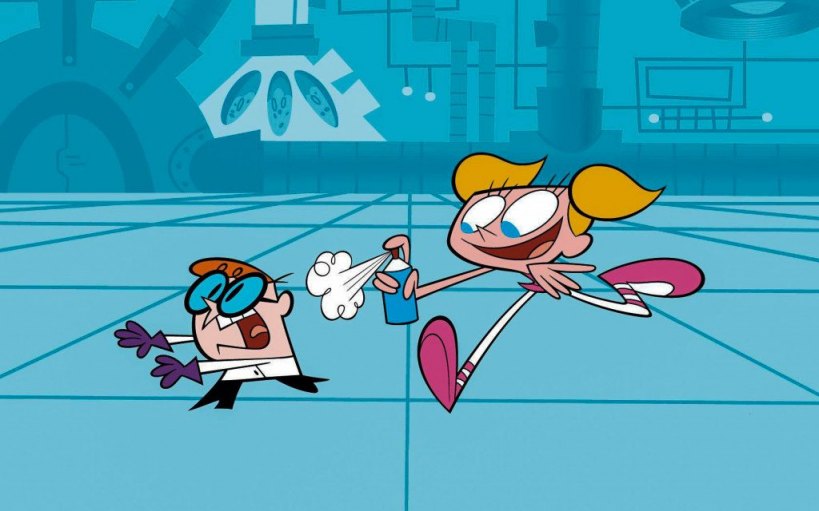 A Cartoon Network classic Dexter’s laboratory follows the life of a genius 8-year-old Dexter who loves to perform strange experiments in his cool laboratory. His only woe is his elder sister Dee Dee who is bent on spoiling his plans of overcoming the world. Watch Dexter and Dee Dee, the love of every 90s child. 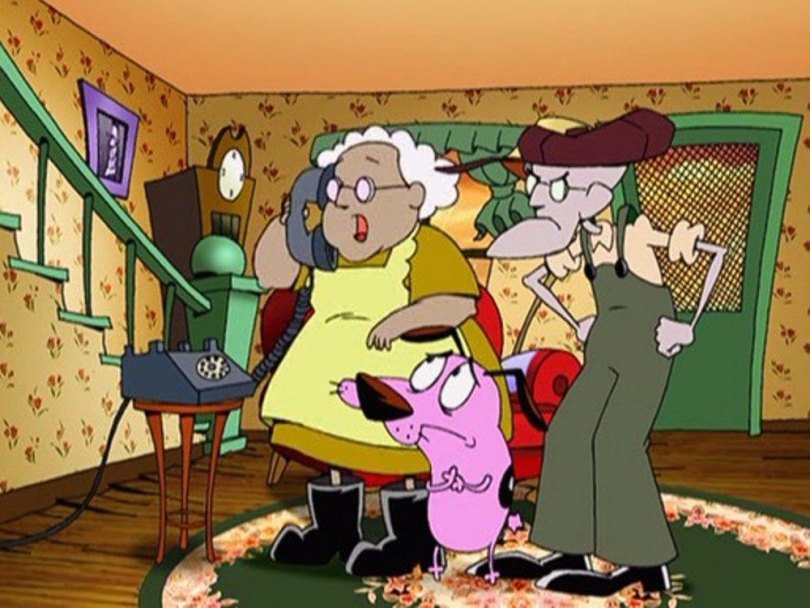 Speaking of Courage, let’s welcome our late-night champion who used to alleviate our hunger for horror. Generally broadcasted at 12:30 in the night -don’t ask how I know that- ‘Courage the Cowardly Dog’ was about a cute dog and his crazy owners who lived in the middle of Nowhere (literally). Their encounters with freaky, eccentric and scary situations combined with Courage’s hilarious attempts to save himself and his mistress Muriel from the constant villains used to be absolutely thrilling. Add to that the eerie background theme, and you’ve got yourselves a unique 90s cartoon. 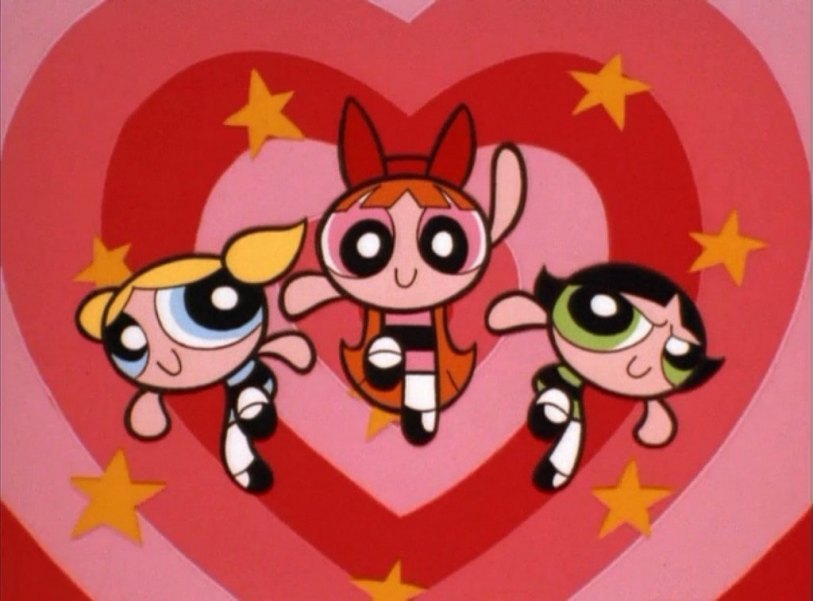 While trying to create three lovely girls, a scientist accidentally puts Chemical X in the solution. The result? Blossom, Buttercup, and Bubbles: three ultra cute and courageous girls with unlimited powers. The series follows the small girls’ lives as they try to rid their small town of monsters and constant threats along with attending their kindergarten class. One of the legendary cartoons of Cartoon Network.

Look Out! Here comes the Spider-Man. There have been many series made on Marvel’s wall-crawler, but this one from the 90s is considered to be the best of ’em all. A college student Peter Parker gets bitten by a radioactive spider and inherits spider-like abilities. He saves the city of New York from various supervillains and supernatural threats while trying to balance his studies and love life. Watch it if you haven’t already. 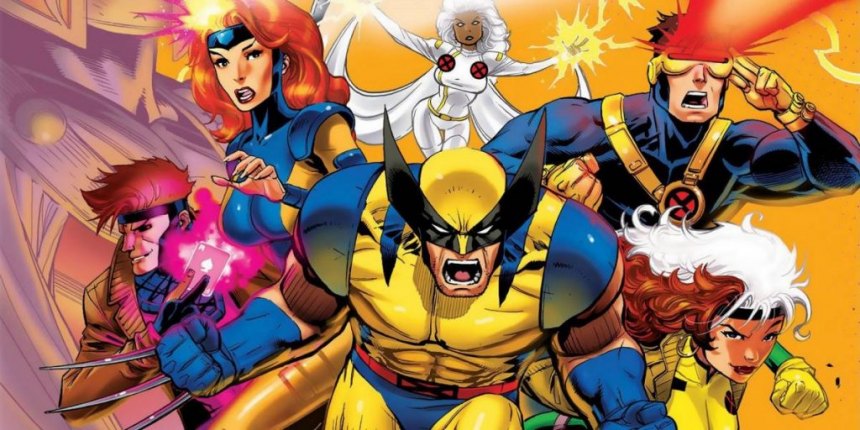 An unforgettable part of 90s cartoon lineup. Trying to keep his mutant students safe from the society which wants to eliminate them and teach them to control their immense powers is Professor Xavier and his team of X-Men including the ferocious Wolverine. Always standing opposite him is Magneto and his Brotherhood of evil mutants who think it’s better to eliminate the human race and let the mutants flourish. Watch the exploits of the X-Men here. 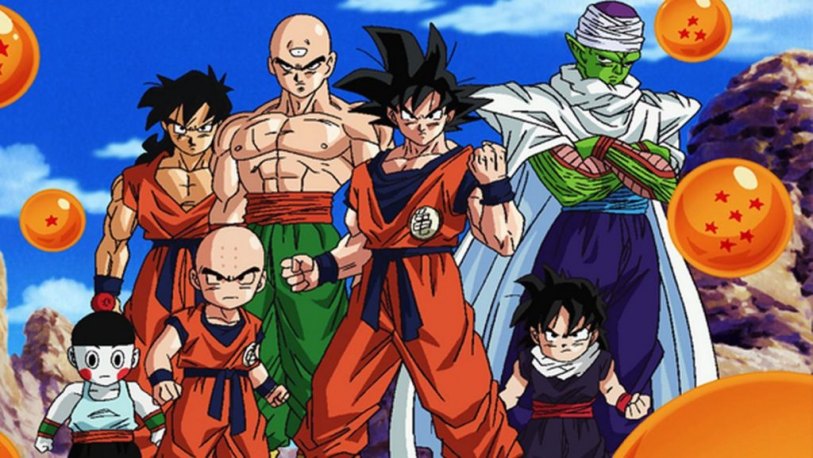 Having forgotten all about his original mission to destroy Earth, Kakarot or Goku lives with his family and his son Gohan happily. Raditz, a Saiyan robot is sent to remind Goku of his mission, but Goku is killed when he resists. With his newfound strength, Goku’s son Gohan tries to complete his father’s task to defend Earth against the oncoming evil twin brother of Goku, Vegeta. Will Gohan and his friends manage to save Earth from the Super Saiyans? 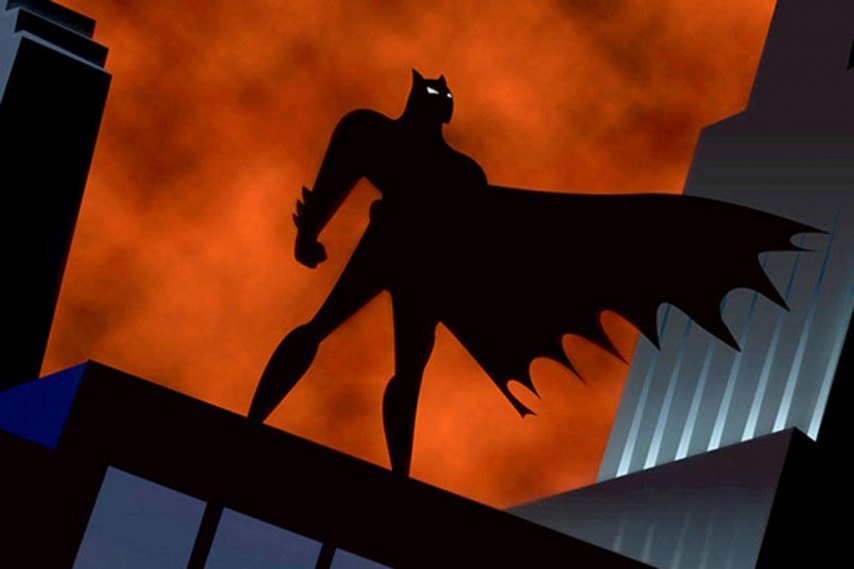 One of the most iconic cartoon series ever to come on television and in my opinion the best rendering of Bob Kane’s Batman. Quite different from other cartoons, Batman as always entertains and inspires at the same time. Watch the adventures of Batman and his sidekick Robin as they take on the villains of Gotham and try to live their life one night at a time. I personally have learnt a lot from this fabulous animated version of the caped crusader.