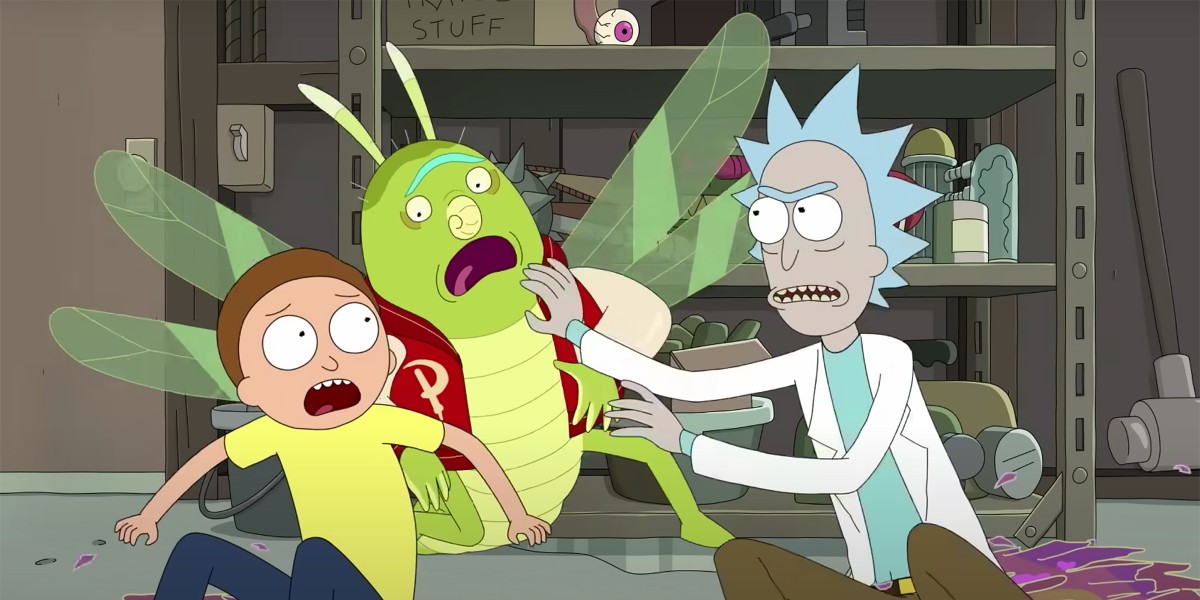 ‘Rick and Morty‘ season 6 continues to veer away from the titular duo’s multiversal adventures with its seventh episode, titled ‘Full Meta Jackrick.’ The title references the 1987 war film ‘Full Metal Jacket‘ and is one of the show’s most meta episodes yet. In the episode, Rick and Morty find themselves stuck in an endless loop of the “previously on” segment of the show. Hence, they are forced to break the fourth wall to return to their usual narrative. In the process, they come face-to-face with a former foe and meet an unlikely mentor. If you are wondering whether Rick and Morty prevail in this battle of metal references, here is everything you need to know about the ending of ‘Rick and Morty’ season 6 episode 7! SPOILERS AHEAD!

Episode 7, titled ‘Full Meta Jackrick,’ pens with Rick realizing that he and Morty are stuck in a loop of the “previously on” segment. It becomes evident to the duo after incidents that are non-canonical start appearing in the segment. Rick deduces that an alien creature from the Fourth Wall named Previous Leon is responsible for their situation. Therefore, Rick and Morty try to capture Previous Leon and are forced to cross into the Fourth Wall, leading them into the metanarrative layer. 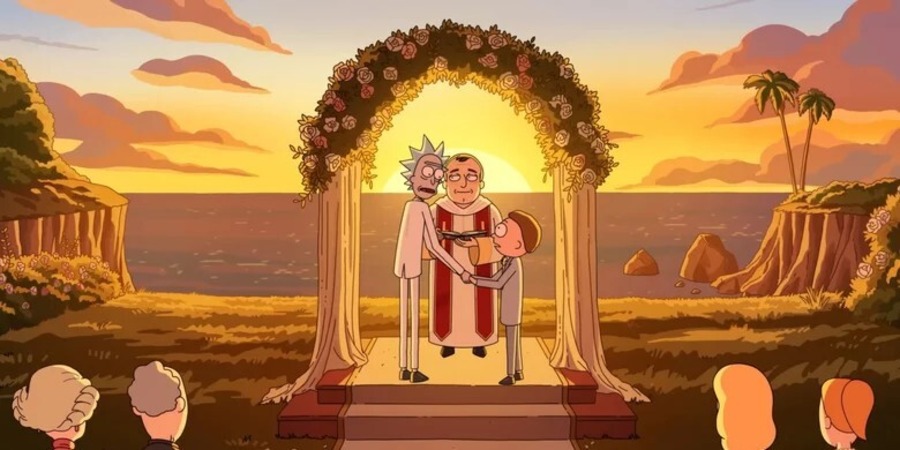 While traversing the metanarrative layers of the new land, Rick and Morty continue their search for Previous Leon. They find the creature inside a ravine. However, before they can capture him, Previous Leon starts praying to the Lord. As a result, Jesus appears and confronts the creature. Meanwhile, Story Lord (introduced in the sixth episode of season 4, titled ‘Never Ricking Morty.’) unveils himself as the true mastermind of the duo’s plights. Story Lord originally exists inside a toy train sold as a part of Rick and Morty merchandise in the season 4 episode. However, Story Lord explains that he found the Bible hidden in the train and used it to will himself into existence.

Jesus and Previous Leon fight, forcing the latter to use his powers. By crafting a new flashback where Jesus dies of old age, Previous Leon subdues Jesus. Meanwhile, Story Lord explains that his search for motivation has forced him to cross paths with Rick and Morty. While Story Lord searches for his “creator,” Rick and Morty capture the weakened Previous Leon and transport him to the fortress of “The Self-Referential Six,” a group of nerds with powers to affect narrative structures.

At the fortress, Rick fights the Six and tries to free their sixth member, Brett Con, from captivity. Brett Conn has the power to retcon any narrative, and Rick wants him to erase his time in the metanarrative world in exchange for Brett Con’s freedom. After renaming himself Rhett Conn, the man defeats the Six and casts Rick and Morty outside the fortress. He then retcons the metanarrative world so that no plotlines exist outside the fortress.

After being cast out, Rick and Morty suffer to survive and are about to die until a mysterious old man saves them. The man reveals himself as Joseph Campbell, the author known for inventing the Hero’s Journey and the principal of monomyth on which most stories are based. Elsewhere, Story Lord finds the writer who created him. The writer, who resembles co-creator Dan Harmon, explains that Ricks, who hired him to write the stories for the story train, abandoned the project and caused a decline in quality by pitching poor ideas. However, the writer pacifies Story Lord’s need by making motivation his motivation. 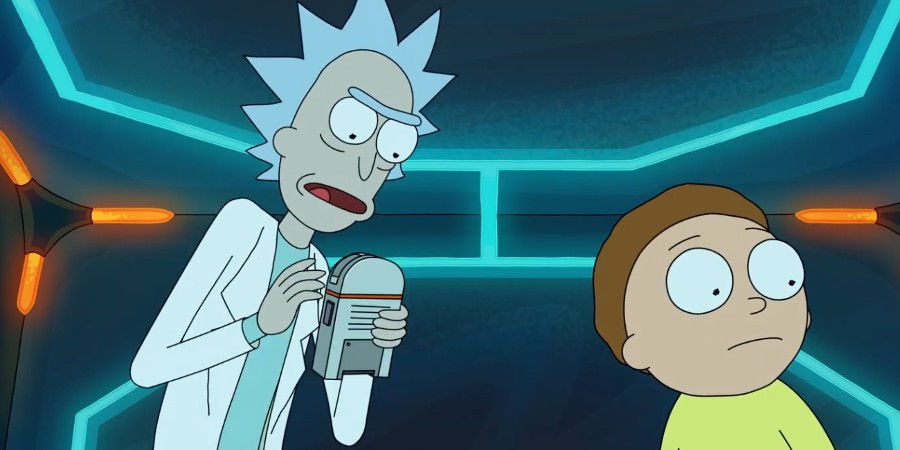 Meanwhile, Campbell explains to Rick and Morty that all characters are meta, and it is their nature to be consumed by chaos. He then guides the duo in making a device that will allow them to leave the metanarrative world and return to their main reality. However, Rick and Morty realize that their quest is just another “previously on” segment. Nonetheless, they complete the machine and arrive to confront Story Lord. The master storyteller has created a device powered by the writer that draws motivation from everyone in the world.

In the final act, Rick fights Story Lord while Morty tries to depower the machine. Rick holds his own against the overpowered Story Lord. However, the motivation machine makes it difficult for Rick to defeat Story Lord. Meanwhile, Rick tries to convince the writer to stop powering the machine. However, his efforts yield no result. The ghost of Campbell arrives and guides Morty into talking down the writer. Morty explains that the writer’s desire to be “creative” has rendered him a villain. Therefore, he must stop creating to be truly heroic.

The worlds appeal to the writer, and he stops powering the machine. Thus, Story Lord is weakened, and Rick takes him out. With no motivation left, Story Lord gives up, and the writer ends his own creation. Ultimately, Rick and Morty defeat their enemy and return to their usual narrative structure. However, the writer also returns home and plots a new story, much to Campbell’s frustration.