Rosa Salazar Plays Lisa Nova In Brand New Cherry Flavor. Here’s Everything We Know About Her.

An outstanding actress in her own right, Rosa Salazar has been mesmerizing us with her performances on screen for quite some time. Starting her career with minor appearances in shows like ‘American Horror Story: Murder House,’ web shows, and short movies, Rosa’s talent was quickly noted, and soon, she found herself a part of big productions. However, the actress received international acclaim with her breakthrough performance as Alita in the 2019 film ‘Alita: Battle Angel.’

Rosa won the hearts of many by lending her heart and soul to her character Alita and catapulted her into the limelight. Since then, Rosa has kept climbing the ladder to success, and after several notable credits, found herself in the shoes of Lisa Nova in Netflix’s ‘Brand New Cherry Flavor.’ Let us take a dive into Rosa’s life behind the screen and find out everything there is to know about this proficient actress, shall we?

Born in British Columbia on July 16, 1985, Rosa Salazar was raised in Washington, D.C., and Greenbelt, a suburb of D.C. in Maryland, where she had a happy childhood. She is of French-Canadian descent from her mother’s side, while her father was Peruvian. Up until her pre-teenage years, Rosa lived in a lovely and warm household and attended the Eleanor Roosevelt High School. Unfortunately, when she was just a preteen, Rosa’s parents’ divorced, and she was left utterly alone.

Although her mother put her in foster care at 12, Rosa emancipated herself when she was 15 and spent her nights moving from one friend’s house to another. The actress claims that she raised herself and managed to overcome all odds to become successful. Even after being abandoned by her parents, Rosa kept in touch with her father until he passed away in 2012.

In an interview with Nexos Magazine for American Airlines, the actress stated that years of living like a nomad had taught her a lot about acting. “Meeting people, picking up their idiosyncratic behavior, learning new stories, learning characters, who they are, how they sit, what their story is. That’s what we’re doing as actors. We’re stepping into other peoples’ shoes,” Rosa said.

At 19, while working as a bartender in D.C., Rosa received a wake-up call from her friend and moved to Harlem, New York. While supporting herself as a barista, bicycle courier, and waitress, Rosa was determined to make it big in acting and began taking lessons at Herbert Berghof Studio and Upright Citizens Brigade. Finally, at the age of 26, she made it into mainstream TV shows by bagging roles in ‘Parenthood’ and ‘American Horror Story: Murder House.’

From her childhood, Rosa was quite interested in acting and was a prominent member of her school’s theatre group. After finishing her studies at the Herbert Berghof Studio, Rosa was offered some minor roles in short movies web episodes. Although the roles were minor, her performances got enough attention from directors. In 2011, Rosa entered mainstream television with the role of Yolanda in the ‘Law & Order: LA’ episode titled ‘Zuma Canyon.’ Following that, she appeared as Nurse Maria in ‘American Horror Story: Murder House’ and finally bagged a major role as Zoe DeHaven in ‘Parenthood.’ 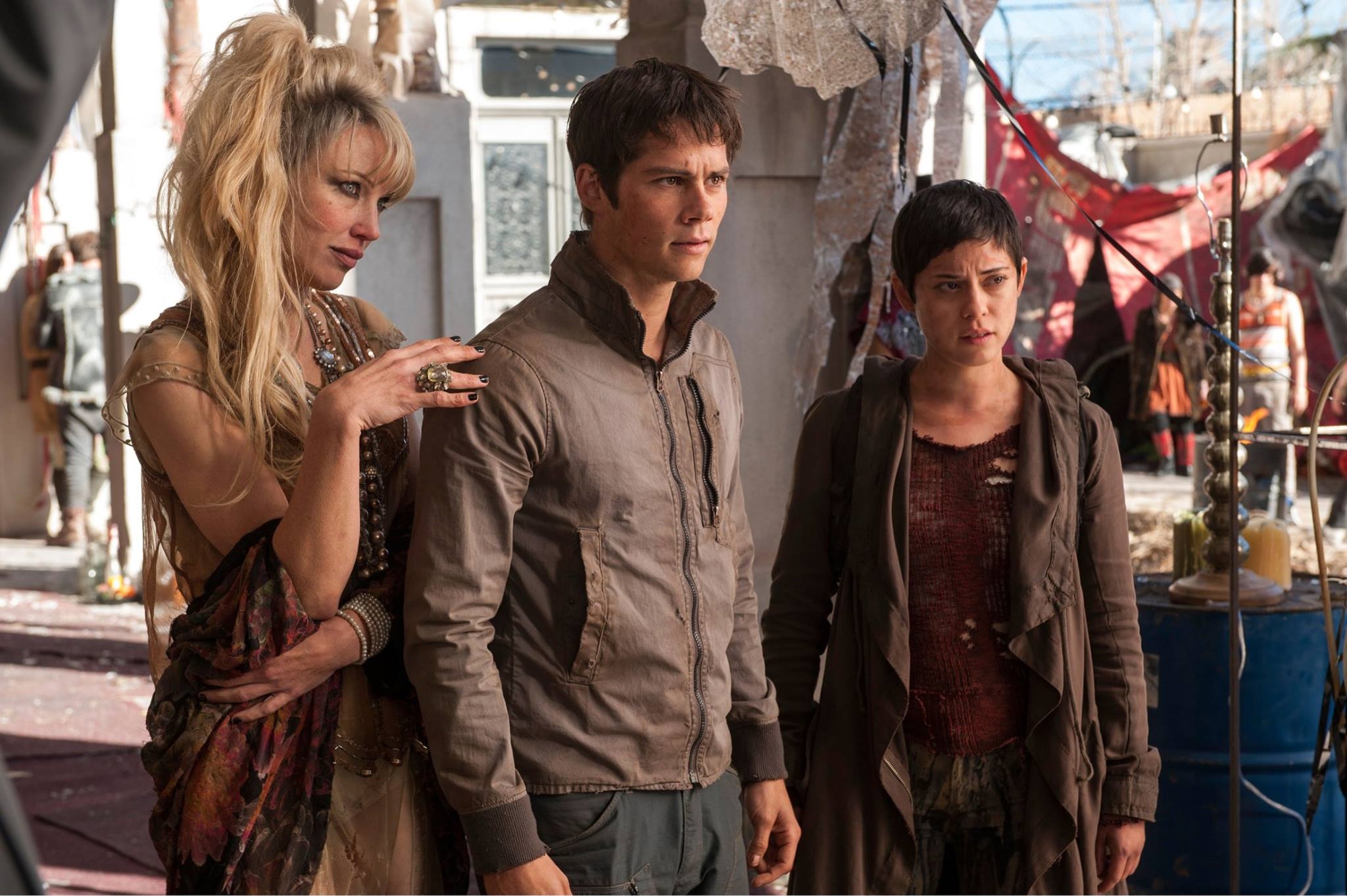 Rosa’s talent and dedication shone through her performances, and soon, the actress was lading quite a few roles in television shows. However, Rosa stuck to her dream of being a part of a major movie production and finally landed the role of Lynn in the 2015 film ‘The Divergent Series: Insurgent.’ With her performances adding a promise to her career, Rosa found herself playing the part of Brenda in ‘Maze Runner: The Scorch Trials’ and its sequel ‘Maze Runner: The Death Cure.’

Casting directors quickly took note of her prowess and gave Rosa the role of Lucy in the 2018 film ‘Bird Box.’ In 2019, Rosa got her biggest breakthrough when she took on the role of Alita in ‘Alita: Battle Angel.’ Her performance turned her into a household name and earned her much deserved praise. Around the same time, she was cast as Alma in the TV show ‘Undone.’ With such a brilliant career under her belt, Rosa has been passing one milestone after the other on her way to the top. Her performance as Lisa Nova in ‘Brand New Cherry Flavor’ further cemented her place in the industry.

Rosa Salazar has always been quite private when it comes to her dating life. She refrains from talking about it in public and even has a minimal social media presence. However, sources assert that Rosa was in a relationship with Isaac Hilleger in the early 2010s. The two met while working for ‘College Humor’ and soon started dating. However, it did not work out, and they went their separate ways. Following her alleged split from Isaac, Rosa began dating Sam Setzer. After dating for at least a month, their connection fizzled out and the two separated in March 2018. According to reports, their split wasn’t amicable.

Moreover, there have been numerous speculations about Rosa being in a relationship with her ‘Night Owls’ co-star, Adam Pally. However, these are mere rumors as neither has confirmed the relationship, although Rosa considers Adam to be her work husband. With no reports on Rosa’s dating life and her limited presence on social media, we can assume that the actress is now single and focused on advancing her already successful career.