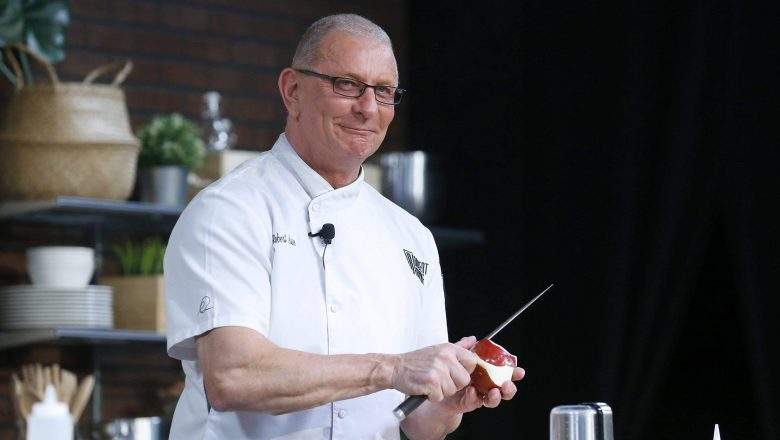 Food Network’s ‘Restaurant: Impossible,’ hosted by celebrity chef and restaurateur Robert Irvine, is a show that focuses on struggling restaurants across the US. In each episode in the show, Irvine puts his expertise and experience as a restaurateur to full-use and, armed with $10,000, attempts to bring struggling restaurants back from the edge of the grave in two days.

The second episode in Season 16 of ‘Restaurant: Impossible’ premiered on January 2, 2020, and focuses on a small Italian eatery named Rossini’s Cucina Italiana in Ridgeland, Mississippi. Earlier known as City Hall Café, current owners Lori and Tony Spreafico purchased it from Lori’s father in 1999, and renamed it Rossini’s Cucina Italiana to reflect the cuisine they served.

Despite having stood the test of time, at the time of the filming in August 2019, Rossini’s Cucina Italiana was about to shut down. The owners had all but given up on the business. However, Irvine stepped in to do what he does best and helped the owners keep the restaurant alive. So if you’re interested in stepping out for a bite of Italian from Rossini’s Cucina Italiana, here’s everything you need to know about it.

Rossini’s Cucina Italiana: What Do They Serve?

As the name of the restaurant says, Rossini’s Cucina Italiana exclusively serves authentic Italian food at reasonable prices. The menu features everything one can expect from an authentic Italian restaurant, ranging from a selection of choice Italian appetizers and pasta to Italian preparations of chicken and beef.

The Caesar Salad and Chef Tony’s Seafood Pasta appear to be fan favorites based on reviews. Even the Chicken Parmesan and the Seafood Lasagna seem to have a lot of takers. And of course, there’s Cheese Cake and Tiramisu in the desserts section to round off a nice meal.

The restaurant also has a full-service bar, offers both dine-in and take-out options, offers free Wi-Fi, and according to their Facebook page, also offers children under the age of 10 years free meals every Wednesday. Also, according to their Yelp page, the restaurant offers a special meal called, “Feed Me Tony” where chef Tony makes a unique, customized meal for a customer and offers a wine pairing with the same. You can how well their food is coupled with wine here.

The episode description on ‘Restaurant: Impossible’ described Rossini’s Cucina Italiana as a “filthy” place, and chef Irvine took it upon himself to give the failing restaurant a makeover. Following filming, the new-and-improved Rossini’s Cucina Italiana had a grand re-opening on August 7, 2019, and to the best of our knowledge, is continuing to offer both dine-in and take-out options despite the coronavirus pandemic.

Of course, it’s natural to wonder how Rossini’s Cucina Italiana is faring following its makeover. Well, to the best of our knowledge, it appears that reviews have been mixed since the restaurant had its grand re-opening.

A glance at Yelp tells us that the reviews immediately following its re-opening were poor – Rossini’s received three one-star reviews. However, since then, things appear to have improved, even into 2020. The restaurant has been showered with praise and has collected several five-star reviews in the process. One such review on Yelp, by one Mike L., reads, “Atmosphere was great. Clean and spartan. Caesar and Italian salads hit the spot. I had the fish of the day pan sautéed with risotto and excellent green beans. Spouse had chicken Marsala. Kid had Tony’s Seafood Pasta…my Manhattans were [also] perfect. Highly recommended.  We will be back!”

Even TripAdvisor tells a similar tale when it comes to Rossini’s – reviews have indeed been mixed. While some have lauded the restaurant for its affordable and quality Italian food, others have lamented its drop in quality, with a couple of reviewers even blaming ‘Restaurant: Impossible’ for the decline in standards. To quote one such review, “My wife and I recently ate at the “new” Rossini and immediately noted the change in decor with a more open look. The menu was downsized to a single page. Missing were several items that they previously served that were some of our favorites…The entrees used to include a small salad and bread, which is now ala carte. The entrees are more expensive now as the portions are smaller.”

The thing about mixed reviews, however, is that they reveal nothing conclusive. So if you’re curious to know whether Rossini’s Cucina Italiana is worth the hype, try it out for yourself since it won’t burn a hole in your pocket. As they say, if you never try, you’ll never know! We’ll leave you with a picture of the restaurant from before the renovation, which shows customers having a good time.