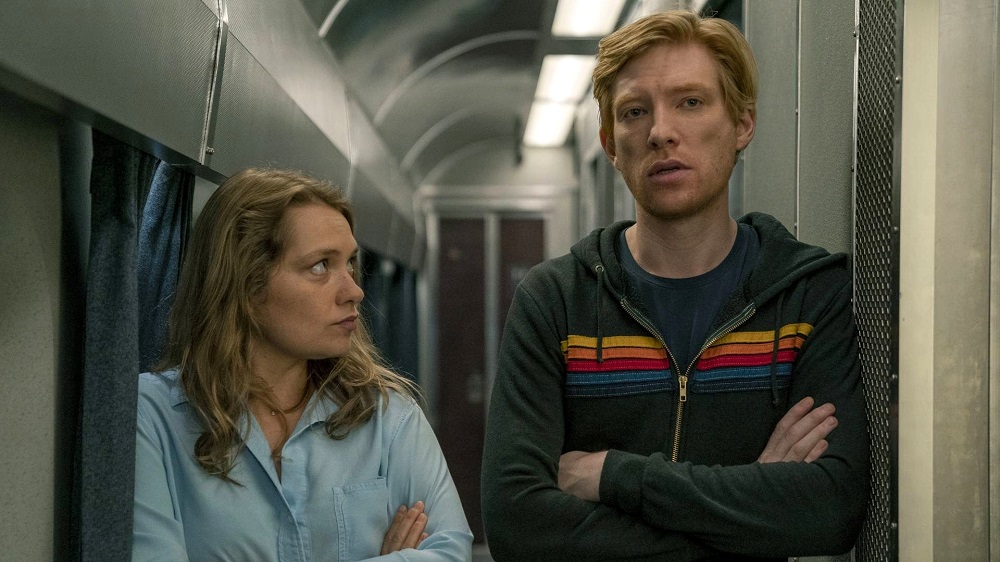 HBO’s ‘Run’ follows the story of two ex-lovers who reunite after seventeen years honoring a pact they had made a long time ago. It gives them one week to travel across the country, and at the end of their journey, they have to decide whether they want to stay together or not. Going into any rom-com, we anticipate the ending beforehand. However, ‘Run’ subverts the clichés and ends on a bittersweet note. If you haven’t seen the show yet, head over to HBO. SPOILERS AHEAD

After deciding to run from the town and the murder investigation, Billy and Ruby make their way back to the train. They are surprised to find out that the staff never missed them. They thought that the couple had been in the roomette all this time. This means that they have a solid alibi for the time of the murder.

Meanwhile, Laurel and Detective Babe Cloud figure out that the hikers are going to LA. Daniel gives Fiona’s phone to them, which leads them to Laurence. Apparently, Fiona had told Laurence about Ruby’s affair with Billy. On the train, Ruby tells Billy that she has decided to get a divorce and wants to stay with Billy. However, when she finds out about the book deal that Billy wanted out of their pact, her perception about their entire situation changes. 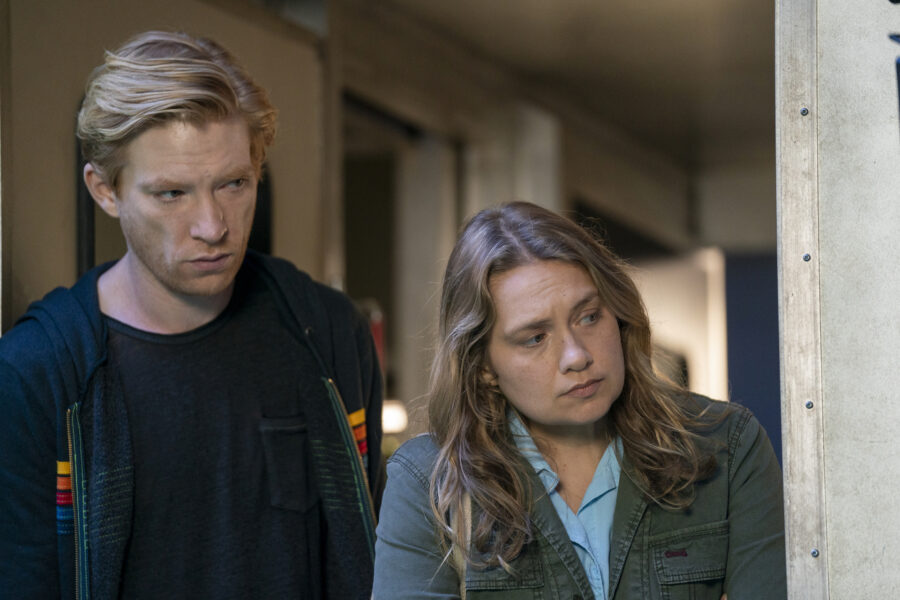 After being contacted by the detective, Laurence warns Ruby about it. He advises her to get in touch with her and clear up the matter while she can. Ruby calls Cloud, and stops the train midway. The detective gets on it and starts searching for Billy, who realises that he is in trouble with the law as well as Ruby. They get off at LA where Billy finds Ruby with Laurence and her kids. He confesses his love for her and wants her to tell him that she knows that his feelings are true. However, she looks angrily at him and then turns away to go with her family.

Will Billy and Ruby get back together?

Romantic comedies might seem unreal on a number of levels, but the thing about them is that they keep up with it till the end. They don’t betray their genre by jumping into realistic responses after creating a bubble of fairy-tale romances for the audience. If you scoff at their cheesiness, you also have to credit them for their consistency.

The creators of ‘Run’ knew that, which is why, perhaps, they never completely ventured into the territory of unrealistic standards of romance. The only unrealistic thing that the audience gets in the story is the pact that the couple had made seventeen years ago. You question Ruby for leaving her kids and her well-settled life behind just for the sake of getting out of the humdrum routine, but the show keeps her story grounded by also confronting her with the consequences.

The constant calls from her husband, the blocking of credit cards, the threat of destroying her marriage, the love for her children- all of it stays in the background while she tries to figure out more urgent stuff with Billy. Perhaps, this is why, the ending doesn’t seem so outrageous, even if a bit heart-breaking. This was never a perfect love story and despite its adventures, it never presented an overly romantic view of its characters. If it wanted to do that, the protagonists would have been young adults with a clean slate, not two people in their mid-30s with a heavy baggage from the past. 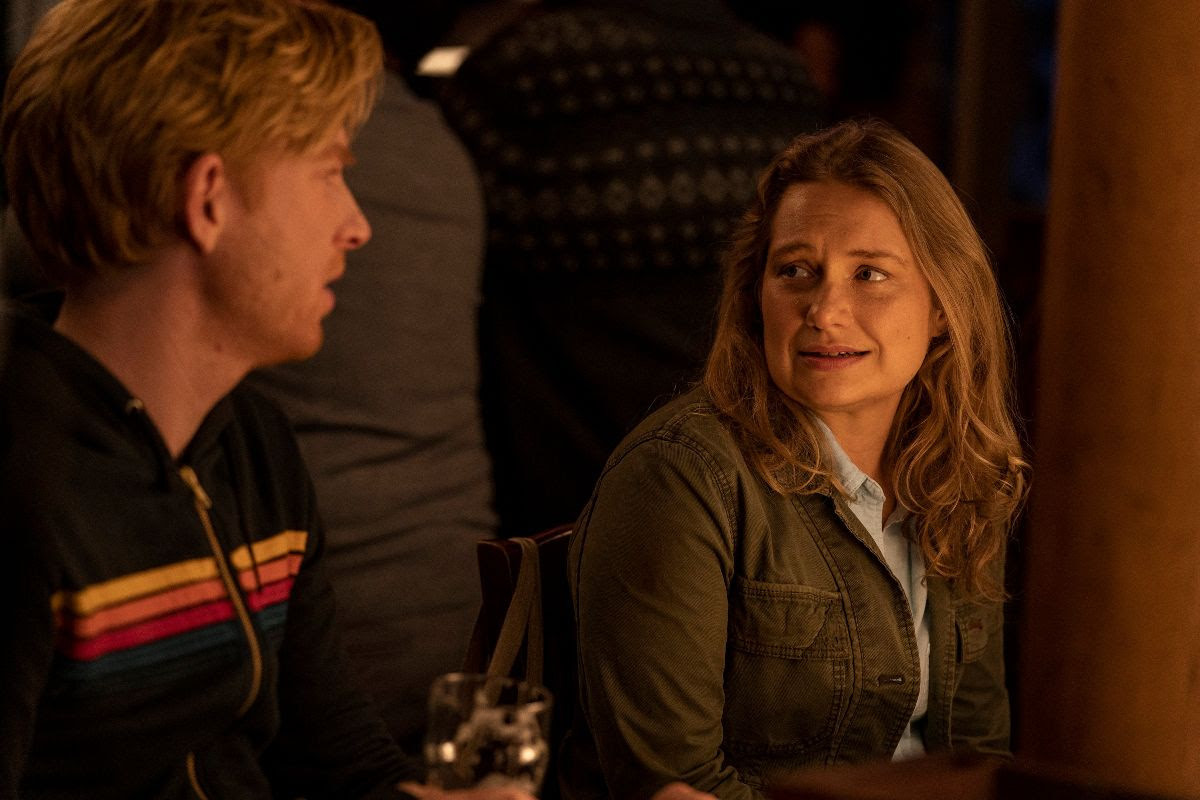 It would have been an ideal ending for a rom-com for Ruby to forgive Billy and accept that he has changed. But in doing so, she would be forgetting her time with him when they were still together, why she left him then, and why it would be unwise not to leave him now. The show remains consistent with its tone and the characters and wraps up the story in the way that any normal person would. But as they say, if it’s not happy, it’s not the end. Does this hold true for Billy and Ruby? Probably not.

Will Ruby divorce Laurence? Yes, there’s a fair chance of that. Just because she has rejected Billy doesn’t mean that she has to settle for the other life that didn’t make her happy either. Either she and Laurence will work on their issues and repair their marriage or they’ll break it away entirely. There’s no ground for settlement now. As for Billy, he will be arrested and will have to face enquiry for Fiona’s death. He will probably plead guilty, and the fact that he did not kill her intentionally could get him a lesser sentence. However, hoping for Ruby’s return in his life would be futile.

Or, if you are too much of a romantic to let go of hope, then the reunion might happen. The ending scene cuts off with Ruby walking away with her family, but we don’t really see her get back in the car, right? She could always turn back and forgive Billy. If not this, then once back home, she could give more thought to the situation and, in time, could come to terms with the fact that she still loves him. Who knows, a couple of years later, someone might text RUN and the other might text RUN back. It depends on how you want it to be.