Ryan Poston’s Murder: How Did He Die? Who Killed Him? 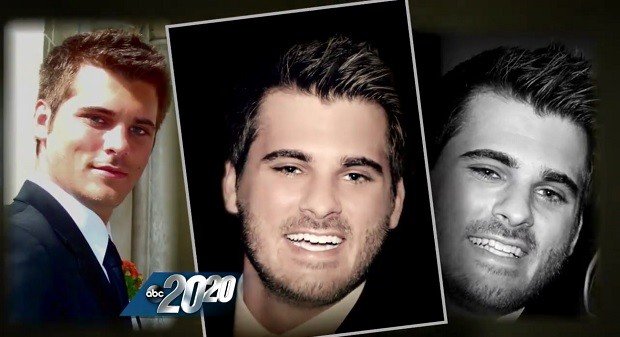 A&E’s ‘Killer Cases’ is a series that takes viewers on a journey to understand the very heart of a homicide case by highlighting not only the details of the murder but also all the emotion, drama, and suspense from the ensuing court trials. The whole criminal justice process, from the initial 911 call to the sentencing itself, gives us an in-depth look inside a real-life case, helping us comprehend the dark side of human nature. So, of course, its episode ‘Murder in the Kentucky Hills,’ chronicling the brutal slaying of Ryan Poston, is no different. And if you want to know more about this particular crime, we’ve got you covered.

How Did Ryan Poston Die?

Ryan Carter Poston, born on December 30, 1982, was, by all accounts, a loving, caring, protective, and intelligent man. He was someone everyone always wanted around them. After Ryan triple-majored in history, geography, and political science from Indiana University, he went on to study law from the Salmon P. Chase College of Law at Northern Kentucky University. And then, Ryan began working as an attorney in Cincinnati, Ohio. It was while he was there that he, at the age of 28, met 19-year-old Shayna Hubers, a psychology student at the University of Kentucky, on Facebook and began dating her.

Ryan and Shayna’s 18-month long on-and-off relationship was reportedly very volatile. Therefore, on October 11, 2012, Ryan called his girlfriend and told her that he wasn’t going to see her that weekend. However, what he failed to mention was that he had a date with Audrey Bolte, Miss Ohio USA 2012, whom he also met on Facebook. But because Shayna showed up at his condo that night, Ryan never made it to the bar he’d planned to meet Audrey in. And the next anyone heard of him was with the news that he’d been killed, shot more than six times in the head and face in his own home, by one of his own handguns.

Shayna Hubers killed Ryan Poston, and she never once denied it. What she did always maintain, though, was that she did it in self-defense. When she made the 911 call, “10, 15 minuets” after pulling the trigger, she told the operator that Ryan “beat me and tried to carry me out of the house, and I came back in to get my things, and he was right in front of me, and he reached down and grabbed the gun, and I grabbed it out of his hand and pulled the trigger.” However, Shayna’s story changed a little when she was taken into police custody and interrogated.

This time, she told officers that she picked up Ryan’s handgun from the dining table while he was yelling at her and then fired. “I shot him…in the head. I shot him probably six times…He fell onto the ground,” Shayna said. “He was, like, laying…His glasses were still on. He was twitching some more. I shot him a couple of more times just to make sure he was dead ’cause I didn’t wanna watch him die.” Then, Shayna went on to describe her late boyfriend as “very vain” and said that she shot him in the nose to give him “the nose job he wanted.” 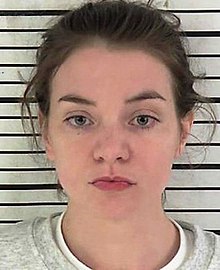 The most baffling thing, though, was that when Shayna was left alone in the interrogation room, she started singing ‘Amazing Grace,’ danced around the area, and then repeatedly said out loud, “I did it.” And so, she was charged and arrested for murder, held on a $5 million bond. Subsequently, on January 16, 2013, Shayna entered a not guilty plea to the murder charges against her. Unable to meet her bail, until Shayna went to court on April 13, 2015, more than two years after the fact, she remained in the Campbell County Kentucky jail.

Where Is Shayna Hubers Today?

During her murder trial, the prosecution presented overwhelming evidence, including text messages and witness statements, that showed that Shayna Hubers was quite obsessed with Ryan. The defense attorneys, on the other hand, argued that Shayna was a victim of domestic abuse and that her shooting Ryan was, in fact, an act of self-defense. Shayna didn’t take to the stands herself, but she did rely on the police interrogation tapes wherein she had repeated her motive over and over again. In the end, on April 23, 2015, after five hours of deliberation, the 12-member jury found Shayna guilty of the charge against her. Four months later, she was sentenced to 40 years in prison, with the possibility of parole after 20.

Shayna appealed her conviction, which was granted on August 25, 2016, on the grounds that one of her jurors withheld a felony conviction. And so, her second trial began on August 8, 2018. This time, again, while the defense built their case around the allegation that Ryan was abusive, the prosecutors relied on witnesses and hard evidence to share Shayna’s obsession and give lurid details of her relationship with Ryan. Following that, Shayna was convicted of Ryan Poston’s murder for the second time, getting sentenced to life in prison with parole. Therefore, today Shayna Hubers, 29, is incarcerated at Kentucky Correctional Institute for Women, where she will remain until she can be considered for parole in September of 2032.