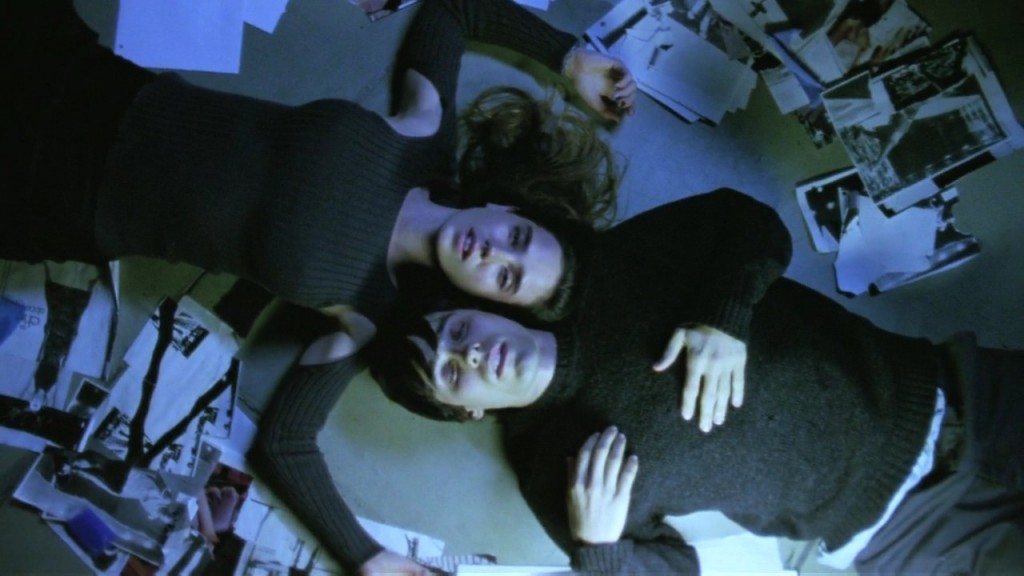 There is something so cathartic about having a good cry. Tragedy is one of the most powerful emotions that a human being is capable of feeling – it is no wonder Greek playwrights used it as an effective tool of storytelling. Be it irony, grief, fall from pride, or complicated relationships – these movies highlight the deepest vulnerabilities. However, the nuances of storytelling have evolved over the centuries, and cinema is open to exploring a range of genres. So, if you are looking to watch some heartbreaking dramas, we have put together a list of films on Hulu that might be to your liking! 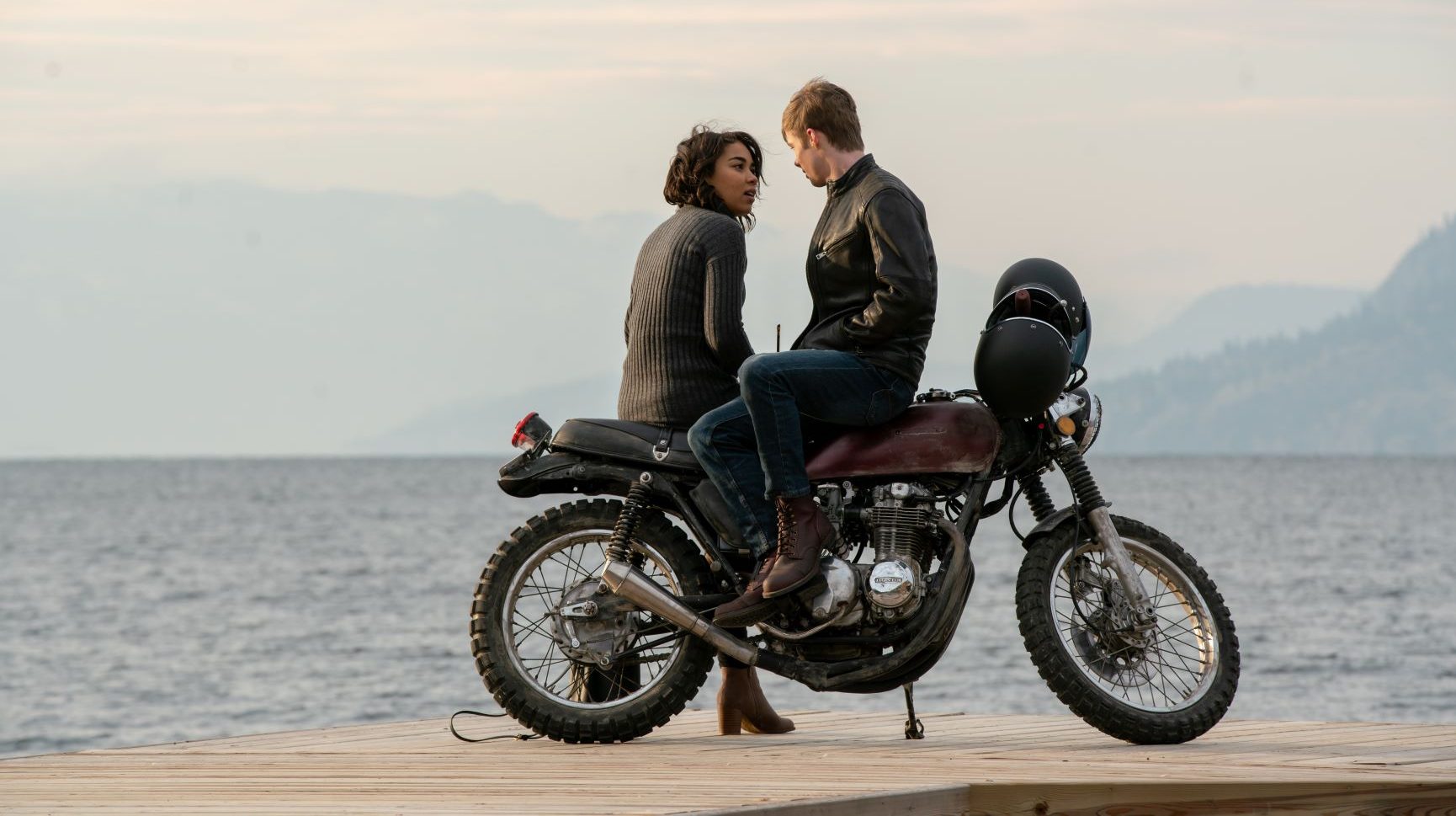 ‘Endless’ is a romance drama that is also a tearjerker. Riley and Chris are high school sweethearts who are madly in love with each other. Their rosy dreams about a future together come to a screeching halt as a car crash becomes the turning point in their lives. As Chris battles for his life, Riley holds herself responsible for the tragedy. Although Chris is stuck in limbo between life and death, he and Riley find a way to connect with each other. After all, it is quite painful when an unfortunate event changes the course of one’s life, especially if that person was living happily. That is precisely why this film tugs at the heartstrings so strongly. 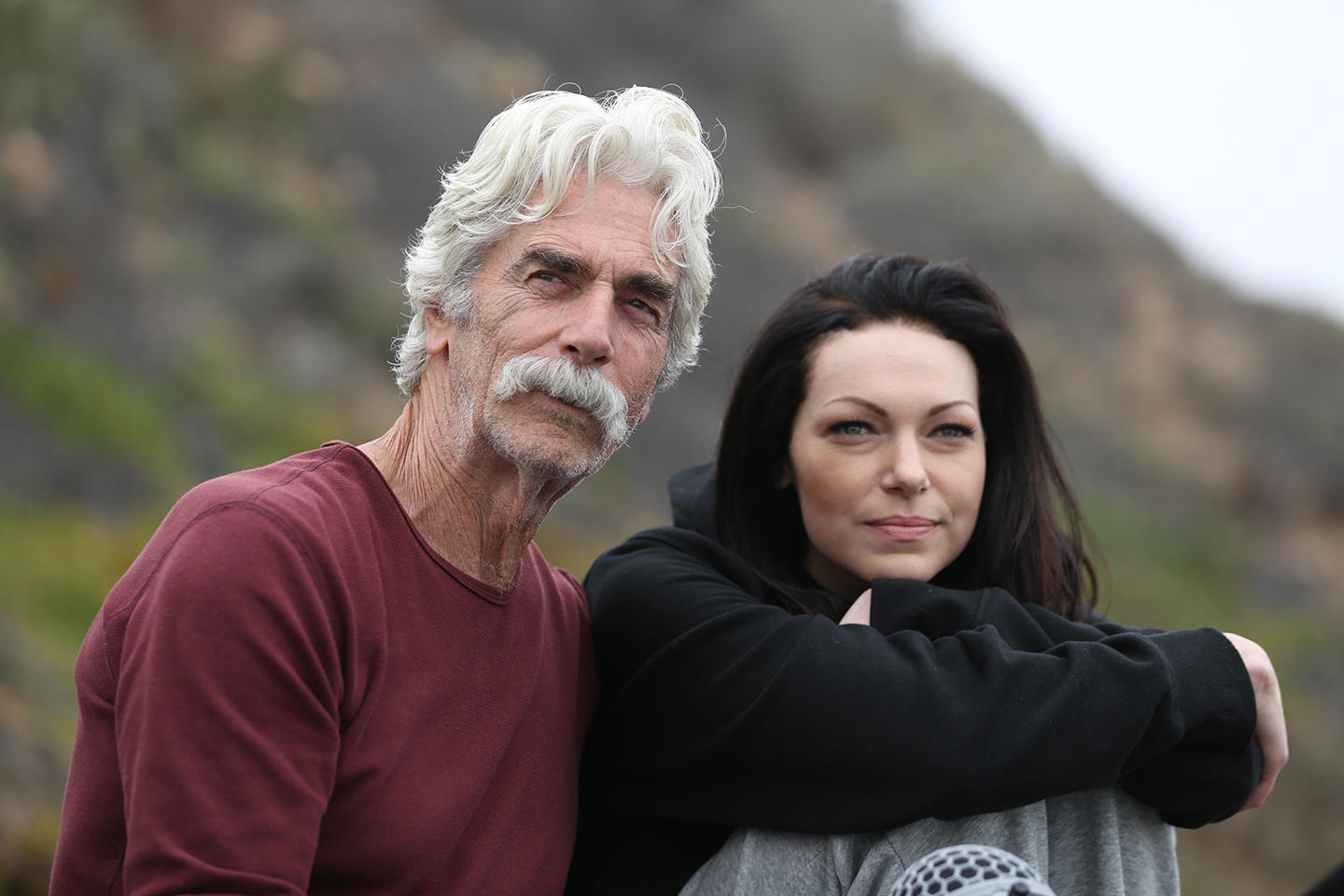 Directed by Brett Haley, ‘The Hero’ revolves around an aging actor Lee Hayden, who is past his prime and is basking in the glory of his achievements. However, a shocking cancer diagnosis changes his outlook on life. As Hayden begins to reflect on the choices he made, he figures it is the perfect time to set things right. Therefore, he gets in touch with his estranged daughter Lucy and hits it off with a stand-up comic, Charlotte. Hence, he embarks upon a new journey that makes him re-evaluate his vision for the future. The reflective drama is replete with emotional moments that make one realize the fragility of life.

Success does not come easy, and with fame comes a whole lot of attention that can make or break one’s public image. Featuring a memorable performance by Margot Robbie in the lead role, the biographical drama centers around renowned figure skater Tonya Harding. The sports film shines a light on the 1994 incident with Tonya’s rival Nancy Kerrigan, which redefines the former’s personal and professional life.

The events in the storyline are narrated by Tonya and her ex-husband Jeff Gillooly from their respective points of view, making it hard to fathom what really happened. However, the toll that the controversy takes on Tonya’s life is painful, especially as all the hard work is forgotten in the blink of an eye. 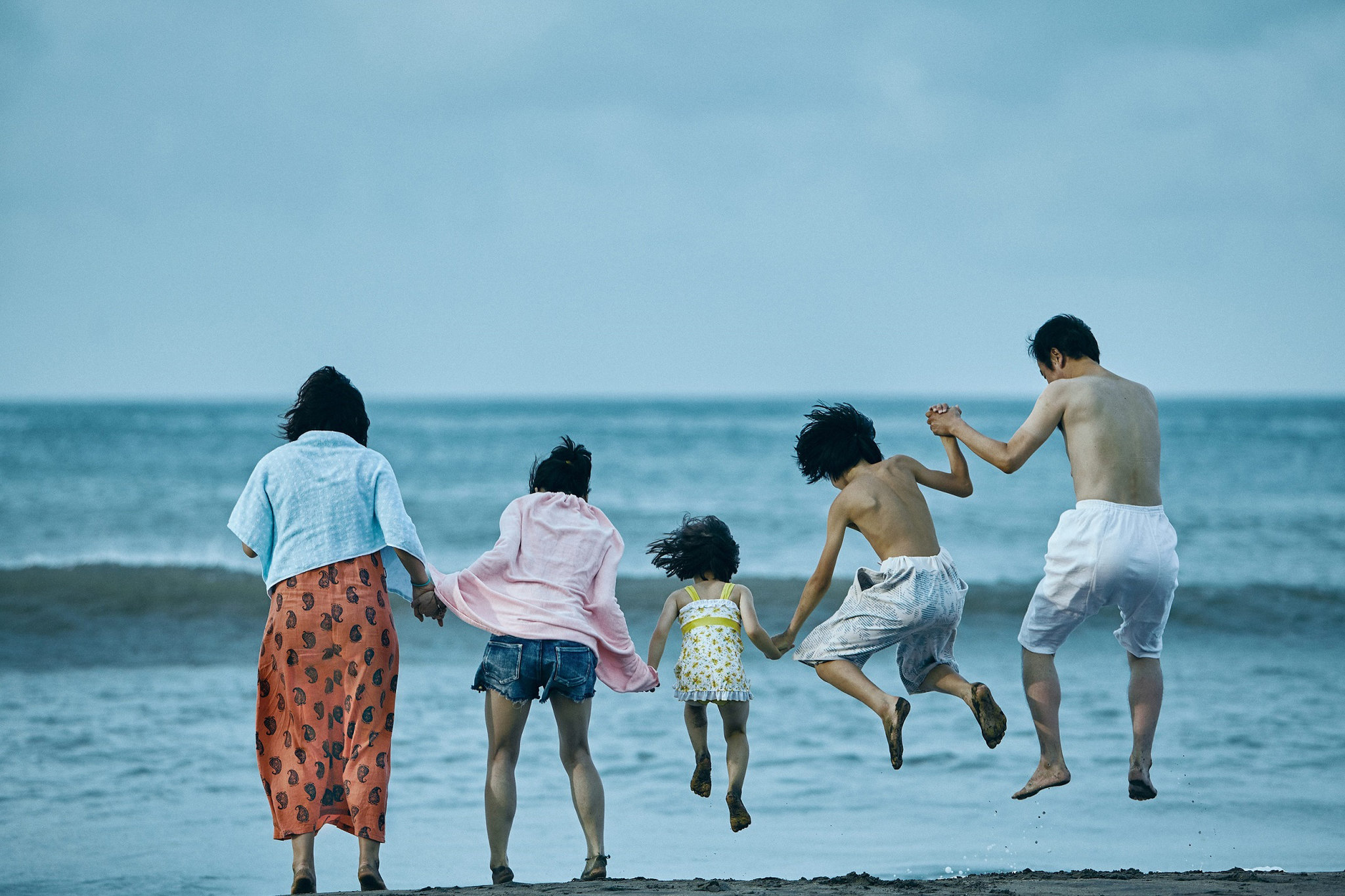 ‘Shoplifters’ is a poignant Japanese movie about a family that relies on shoplifting to survive. In one such session, Osamu and his son find a young girl in the freezing temperature and take her home. Although Osamu’s family is not very well off, they welcome the little girl reluctantly. As time goes by, they learn more about who she is and all the hardships she has had to overcome. But their lives are shaken up when buried secrets begin to surface. The Palme d’Or winning movie was also nominated for an Oscar and a Golden Globe Award. 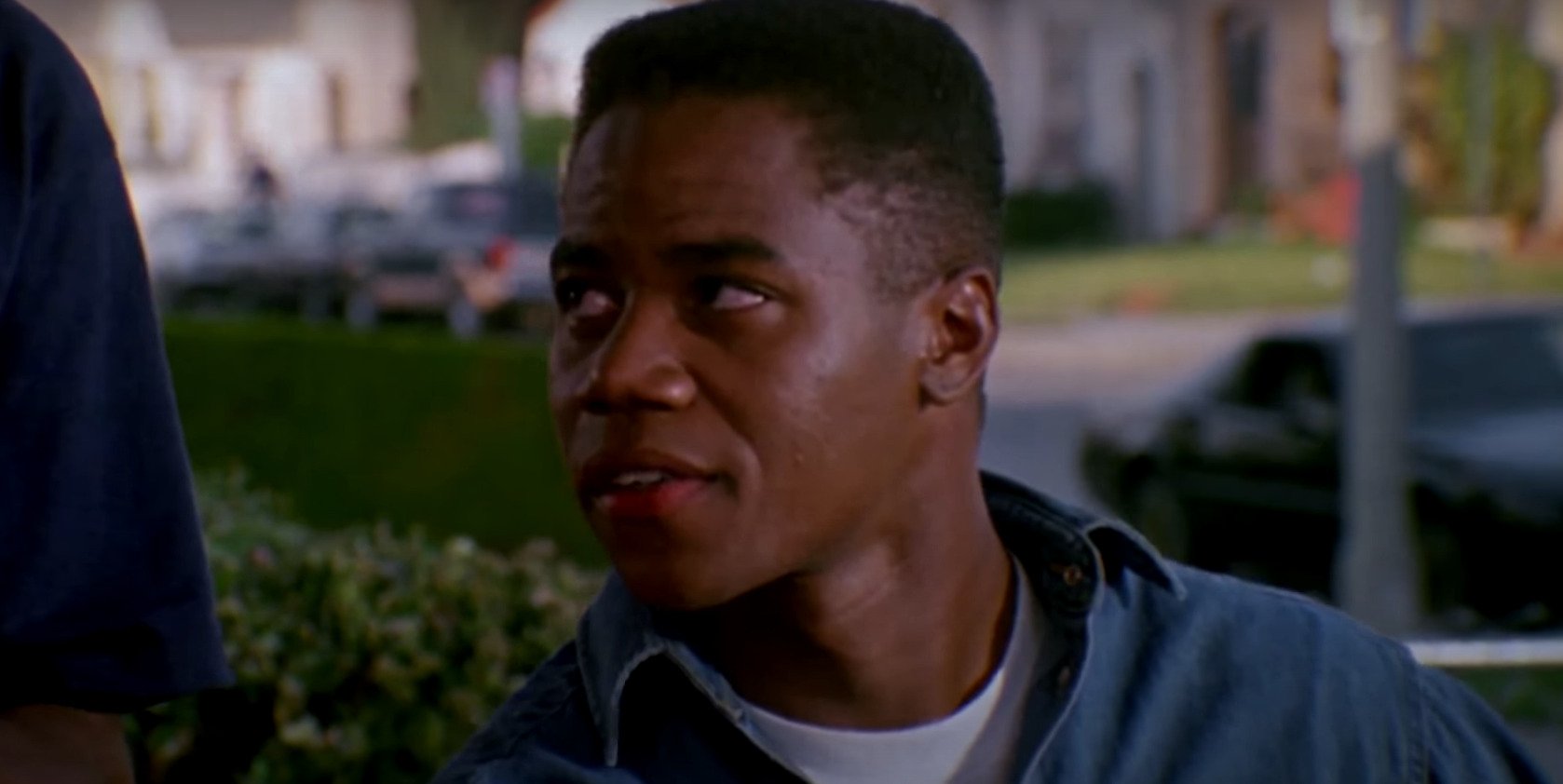 Although a crime drama movie, John Singleton’s ‘Boyz N The Hood’ is an emotional tale of struggle, friendship, and dealing with pain. Set in South Central Los Angeles, the film follows Tre Styles, who goes to live with his father in a neighborhood that is replete with gang activities. As violence, loss, and grief are a natural part of the reality they live in, Tre and his friends try to navigate their formative years in Crenshaw. The critically acclaimed piece of art is all the more touching due to its highly emotional narrative. 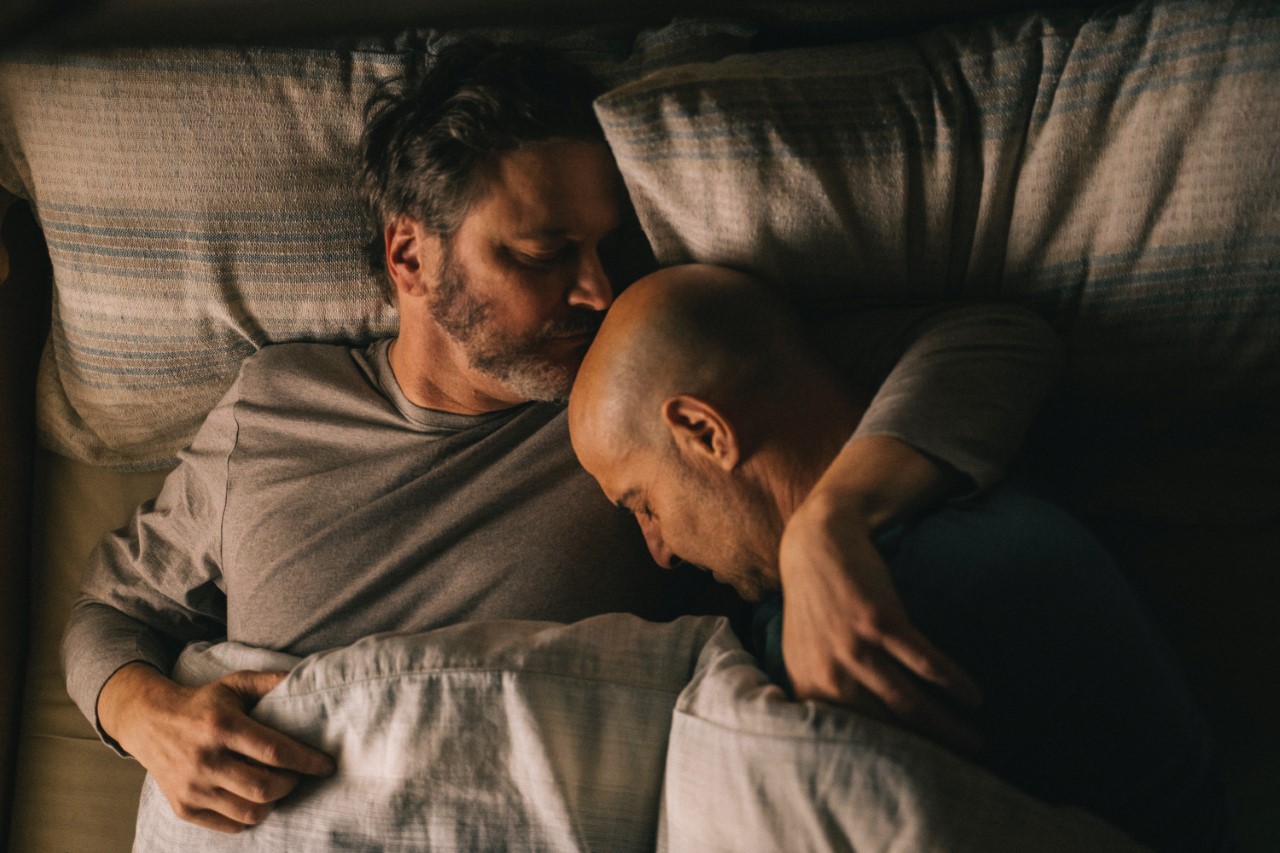 ‘Supernova’ is a heartbreaking film in every sense of the word that emphasizes the importance of letting go. In the Harry Macqueen directorial, partners of more than 20 years — Sam and Tusker — begin to view life from a fresh perspective since the latter was diagnosed with early onset of dementia two years ago. Therefore, time becomes precious to them, and they choose to spend it with their loved ones. In the process, the two are required to confront some uncomfortable truths about life, love, and death.

Written and directed by Barry Jenkins, ‘If Beale Street Could Talk’ is a romance drama based on the eponymous 1974 novel of the same name by James Baldwin. It follows childhood friends and young lovers — Tish and Fonny — as their lives come crumbling down when the latter is wrongfully accused of raping a woman.

A pregnant Tish seeks justice for Fonny and fights for his release so that they can be together when she gives birth to their child. By exploring themes of racism and corruption in the judicial system, it is equal parts heartbreaking and infuriating. The film racked up a fair number of nominations and also won a Golden Globe Award and Academy Award.

From highly acclaimed director Chloé Zhao, ‘Nomadland’ is a reflective film based on the nonfiction book titled ‘Nomadland: Surviving America in the Twenty-First Century.’ The movie features Frances McDormand in the lead role as Fern, a woman who loses everything, including her husband and job. Therefore, she makes the life-changing decision to sell all her belongings and travel around in her van as a nomad.

In her journey, Fern comes across several people who add a new meaning to her life. Although the narrative establishes that Fern is on a path to being at peace with herself, the process is punctuated with several painful moments. If you are keen on briefly experiencing life through Fern’s eyes, you can catch the movie on Hulu right here. 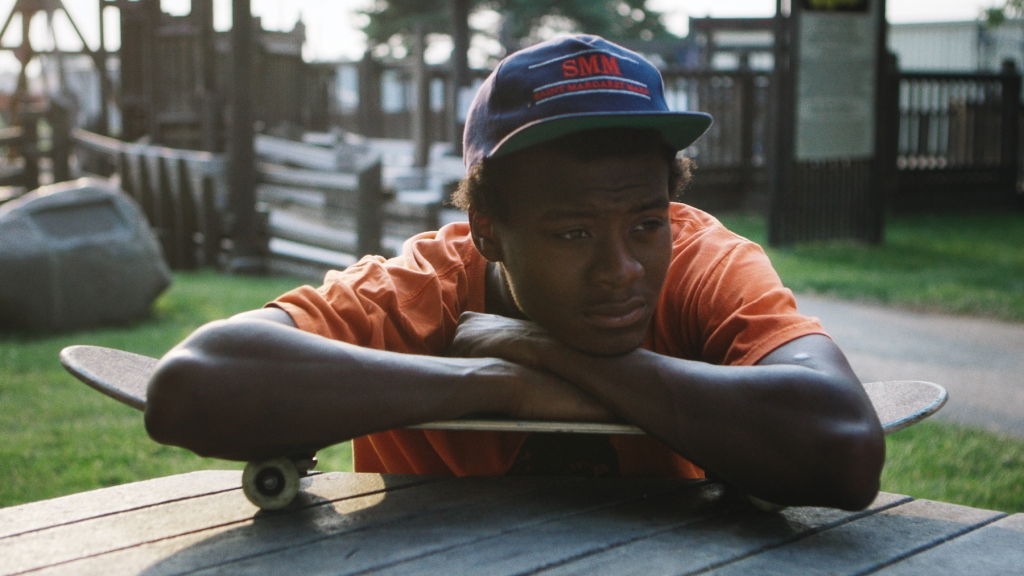 Directed by Bing Liu, ‘Minding the Gap’ is a documentary film that chronicles his experiences of growing up in Rockford, Illinois. Set against the backdrop of skateboard culture, Liu, along with his friends Keire Johnson and Zack Mulligan, re-examine their formative years. Through this documentary, the director tries to establish a link between an individual’s upbringing and understanding of masculinity.

While life circumstances caused the three friends to part ways, what remains common to their respective journeys is that they saw abuse at home growing up. Thus, the Academy Award-nominated documentary explores hard-hitting themes with nuance and sensitivity. Are you keen on watching the film? You can do so right here!

The world as we know it today is a result of the tireless efforts and sacrifices that people before us have made. Based on the book ‘Chasing the Scream: The First and Last Days of the War on Drugs,’ the biographical drama film puts the spotlight on the life of singer Billie Holiday. The film particularly underlines the final years of her life and how she found herself at the center of the War on Drugs. But one of her biggest contributions to society is her song “Strange Fruit,” which became a call to action against the lynching of black people; this sequence is documented in the film.

However, the fact that most of the events depicted in ‘The United States vs. Billie Holiday’ actually happened in real life makes the narrative more powerful. The film uses the song at some pivotal points in the storyline, further enhancing the heartbreaking moments in the movie. Fortunately, the drama film is a part of Hulu’s streaming library, and you can watch it here.