Sam Carmona From The Circle: Everything We Know

Netflix’s ‘The Circle‘ is a popular reality series that is sure to keep you hooked. The show revolves around the concept of social media, where participants must increase their popularity with fellow competitors through a unique interactive platform. They essentially have to be liked by others not only to be safe from elimination but maybe also to gain impressive advantages. However, too much fame might just earn them the ire of others.

In the fifth iteration of this social media experiment, viewers get to see several fun and quirky contestants, including Sam Carmona. This reality television star quickly won hearts through her candid and likable personality. Yet, her journey was not as easy as she might have liked and had its fair share of ups and downs. Therefore, if you now wish to learn more about her, we’ve got all the necessary details for you.

Having stepped foot into ‘The Circle’ at the age of 34, Sam Carmona made it quite clear that she’s extremely proud of hailing from Brooklyn, New York. In fact, she still seems to be based in the area and is enjoying life to the fullest. Additionally, Sam fully embraces her Puerto Rican heritage and is never shy about sharing her traditional culture as well as festivities. Though being surrounded by a big and happy family is one of Sam’s biggest joys, especially as she’s incredibly close to her sister Sade Carmona, her mother, and her grandmother Zaida Marquez.

During her time on the show, Sam revealed she has often been judged for her looks in the past. However, instead of letting it drag her down, she decided to fully accept herself and be confident. When not enjoying the charms of New York, she seems partial to traveling and has been to some breathtaking places across the world, like Jamaica. But again, the company of her friends and family appears to always be her top priority. Her list of likes can certainly not be complete without mentioning her love for Sneakers, which she is pretty enthusiastic about.

For Sam Carmona, the concept of ‘The Circle’ was certainly familiar as she proudly works as a digital content creator. With over 775 thousand followers on TikTok and 55 thousand avid admirers on Instagram, the Brooklyn native has plenty of social media experience, which she made use of during her time on the show. 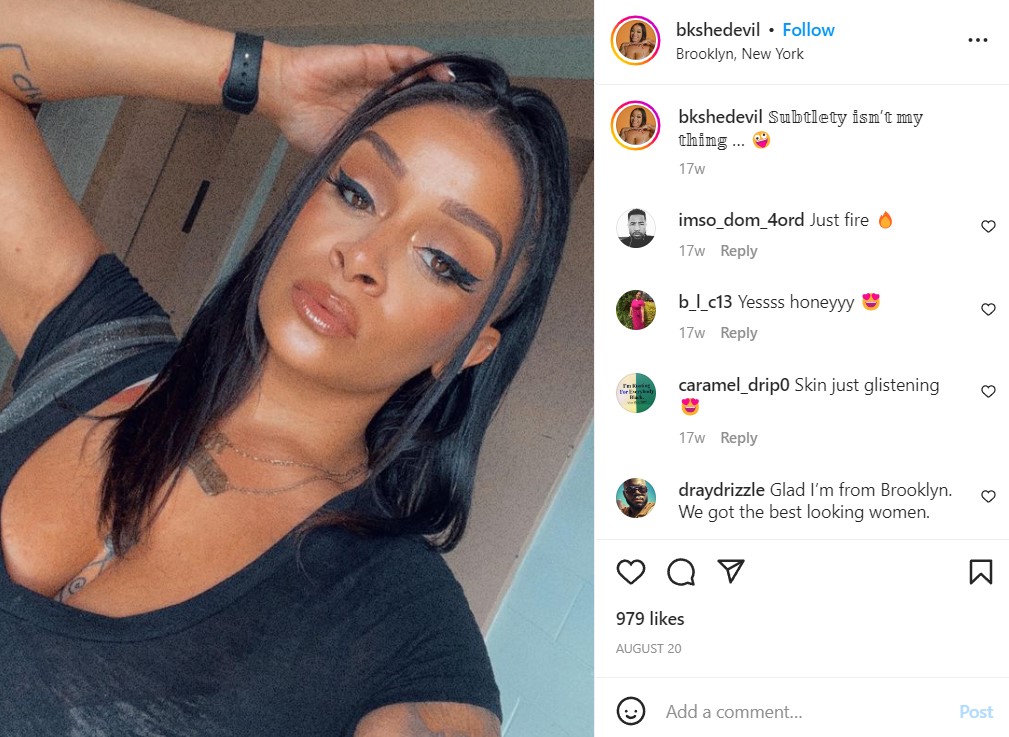 Sam’s content mostly appears to be focused on comedy and lifestyle, though she is never shy about sharing just aesthetically pleasing, gorgeous pictures of herself or providing fans with a glimpse into her everyday life. Her YouTube channel also comprises similar content. Additionally, she has an online website from where one can buy different products affiliated with her brand as an online public figure.

Is Sam Carmona Dating Anyone? 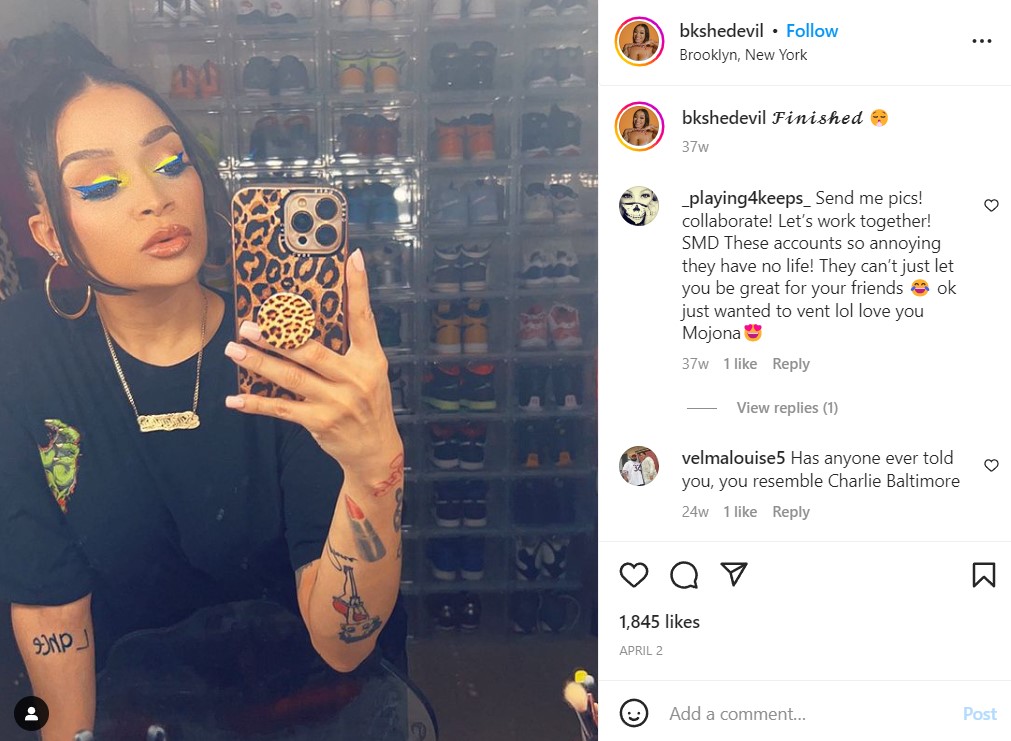 As of writing, Sam Carmona does not seem to be dating anyone. While she certainly had her fair share of admirers among the cast members of ‘The Circle,’ the reality star has never given a spark to any rumors regarding her potential love interests. Therefore, we believe she is enjoying life as a single woman at the moment and is simply quite excited to undertake new adventures as time passes by.

Read More: Brian Clark: Where is The Circle Contestant Now?